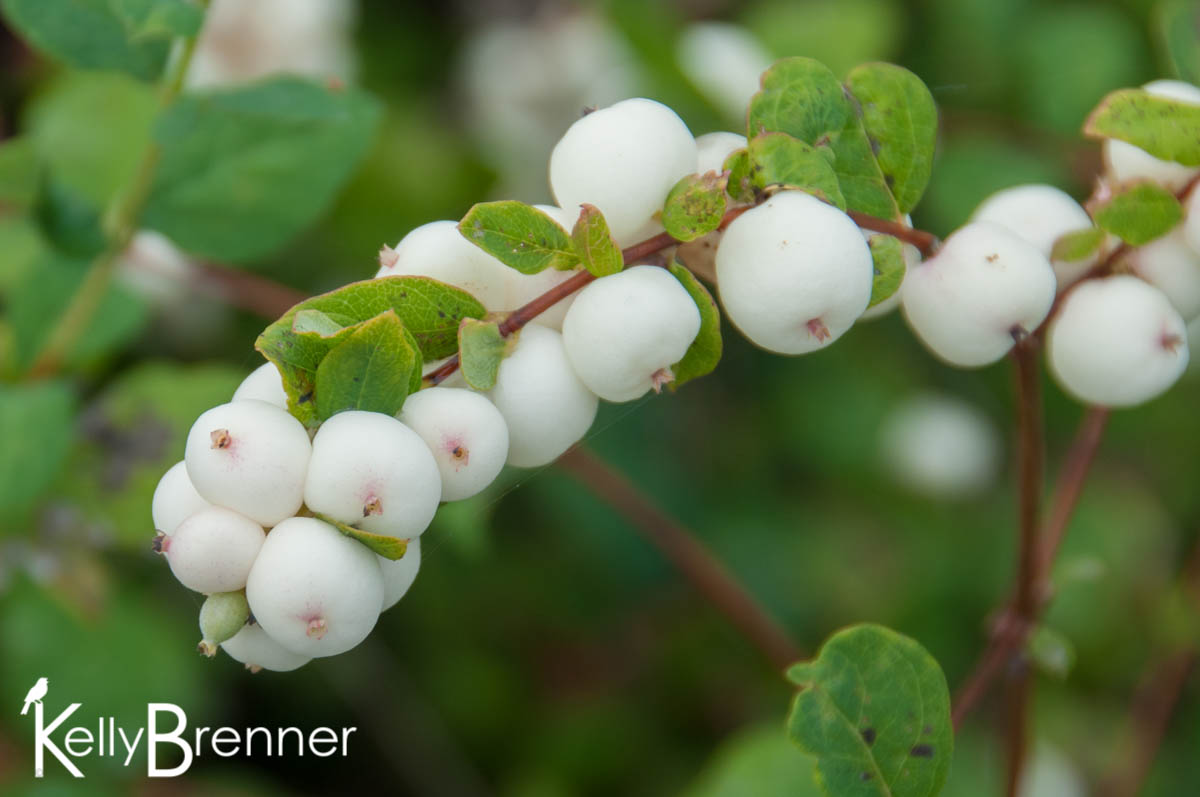 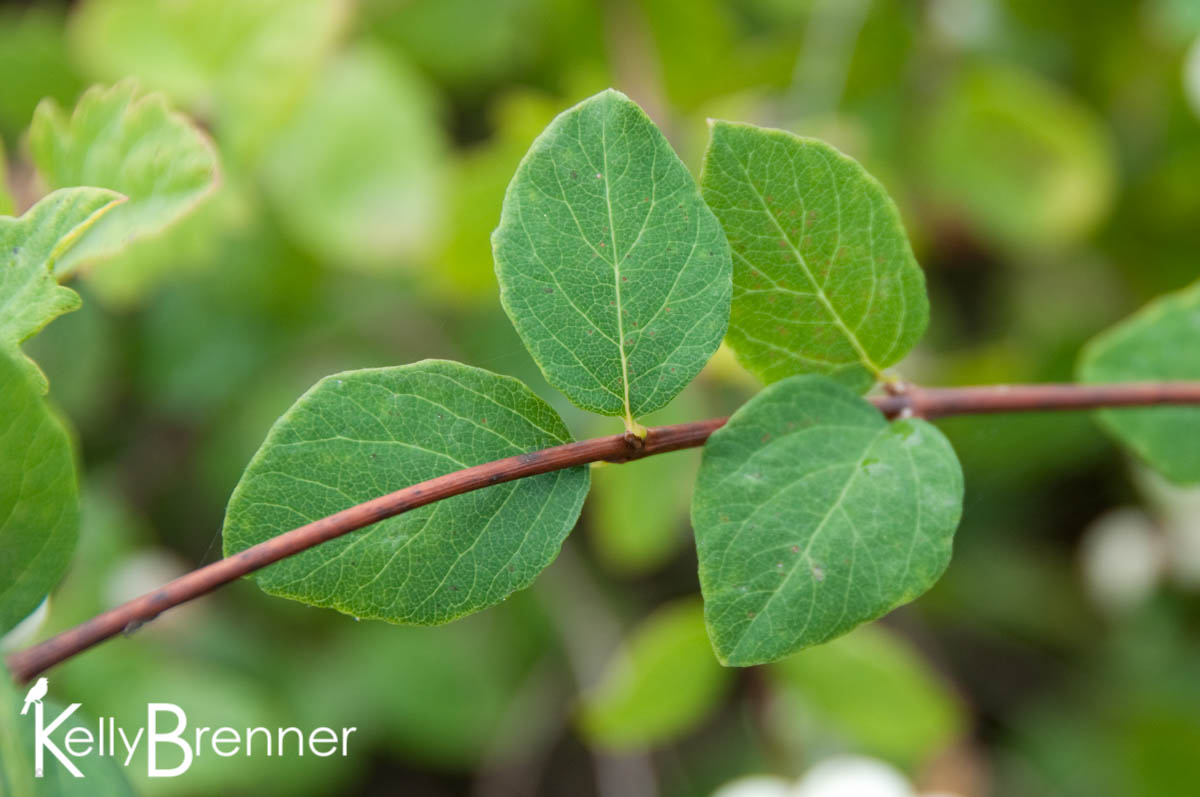 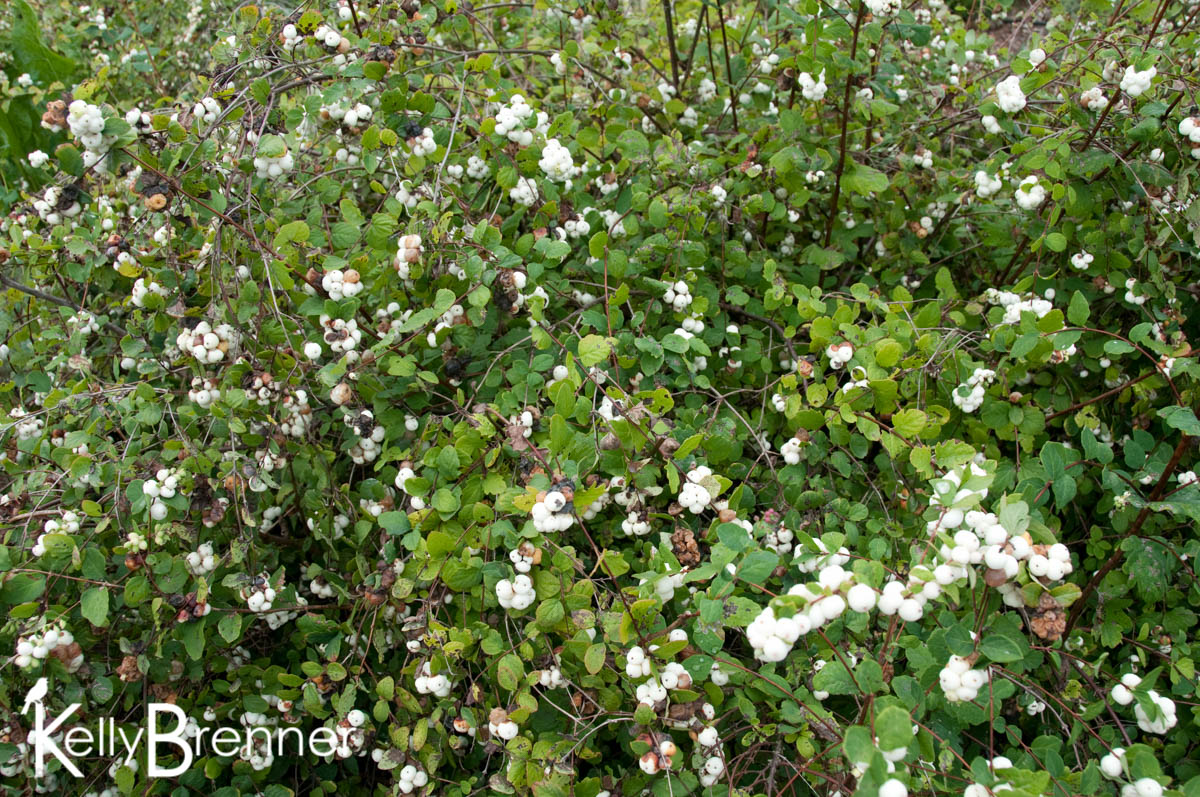 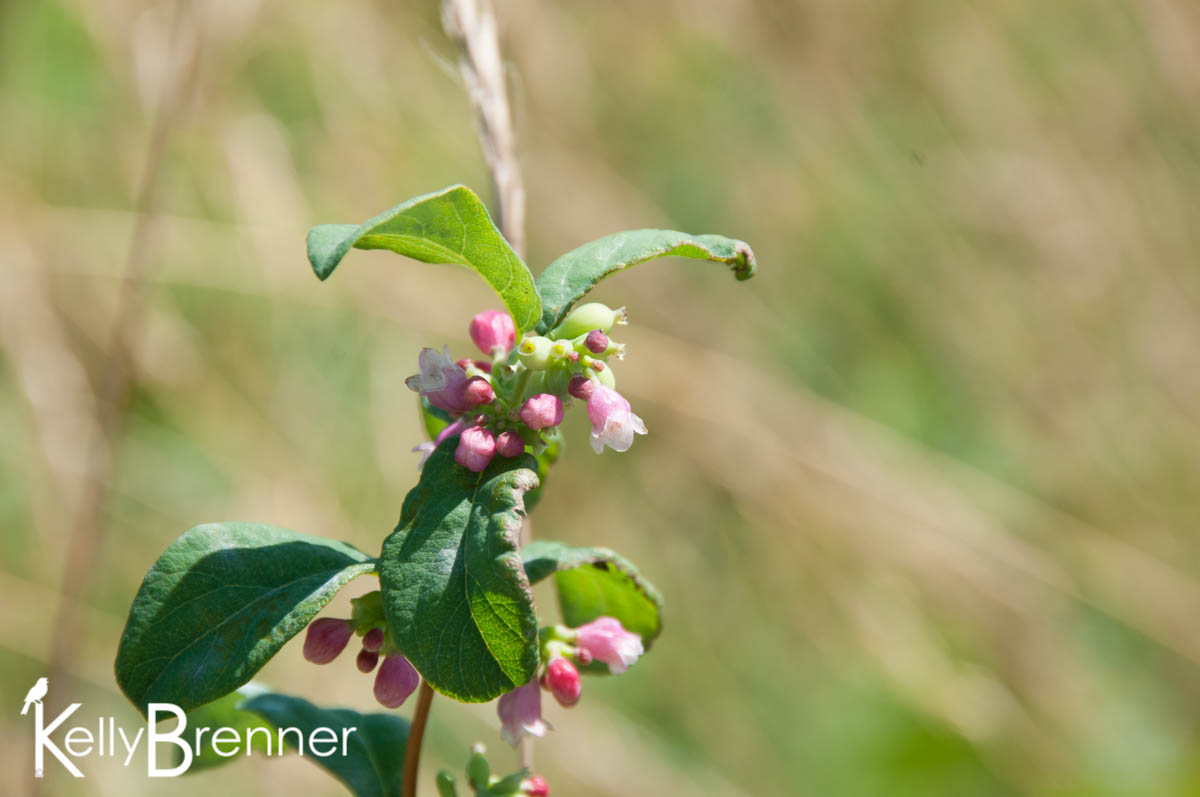 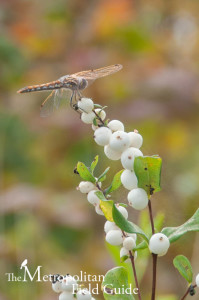 Symphoricarpos albus is said to be “not a first-rate shrub, but useful for its tolerance of poor soils, lower light, general neglect” by the Sunset Western Garden Book. However, if you dig a bit deeper into the values of this plant, it would not be classified as anything but first-rate. As the Sunset book points out, it is extremely tolerant and durable and can be found throughout much of North America where it grows everywhere from forests to beaches, rocky slopes and thickets. It is also easy to start from cuttings, and transplants well, making it an inexpensive and successful plant with which to landscape.

Snowberry grows into a round form with arching branches that contain delicate twigs. Leaves are a simple oval with a light green top and a fuzzy, paler underside. In the fall leaves turn yellow and hang on quite late. The small, pink, tubular flowers bloom in clusters in the spring, last for about six weeks, and will attract hummingbirds and bees. They are followed by the namesake fruit, which is a white, waxy, marble-sized berry that is produced in clusters and will persist through the winter, adding a nice visual interest as well as food for wildlife when other sources are scarce. In a landscape setting, shrubs range from about 2-3′ in height and spread.

It will grow in many conditions including full sun to full shade which will determine its growth habit. In full sun the shrub will be dense and compact, while in the shade it will become just the opposite, sparse and rather leggy. For maximum fruit production, the ideal conditions are morning shade and afternoon sun. It will grow in moist or dry soils, tolerate salt water shoreline habitats, and it’s drought tolerant as well as fire-resistant. Because of their durability they should make good container plants and do well on balconies, a theory which I’m testing with a new start taken from a cutting this summer.

It is well known as a plant for bank stabilization and is often planted in thickets for this purpose. Other landscape uses for Snowberry are under conifers, for winter interest, shrub borders, or shaded gardens. It has also been used for rehabilitation of disturbed landscape sites. Snowberry would also be a good plant for hedgerows as it does very well in thickets. Additionally, the twigs and berries are often used in floral arrangements. Despite being not favored by Native Americans, Snowberry was used  in a variety of ways such as a hair soap, to soothe cuts and sores and the stems were made into arrow-shafts and pipe-stems.

It has a variety of wildlife values including providing food to providing shelter. Among its wildlife features, it’s a good plant to attract beneficial insects, it is deer resistant and the flowers attract both hummingbirds and bees. According to Landscaping for Wildlife in the Pacific Northwest

, other wildlife benefits include shelter and nesting cover for small animals, and birds that will eat the berries include towhees, thrushes, robins, grosbeaks and waxwings. Additionally, it’s been known to be used by Gadwall as nesting habitat. Snowberry is a larval host plant for the Vashti Sphinx moth which occurs throughout much of the western half of North America.

A plant with that many uses and benefits certainly seems to be a first-rate shrub.

Landscaping for Wildlife in the Pacific Northwest (Book) 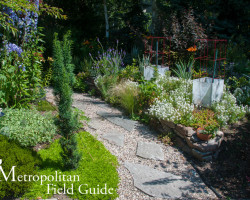 There are many books about wildlife gardening, but few that focus on balconies. It was for this reason I ordered Welcoming Wildlife to the Garden: Creating Backyard and Balcony Habitats for Wildlife online, to see what information it offered on

Interesting Nature Extreme Insects by Richard Jones:: Featured on the Guardian website, this slideshow highlights a few images from a new book of extreme insects. News School of the Year Awards:: From the Big Wildlife Garden in the U.K. is a list of