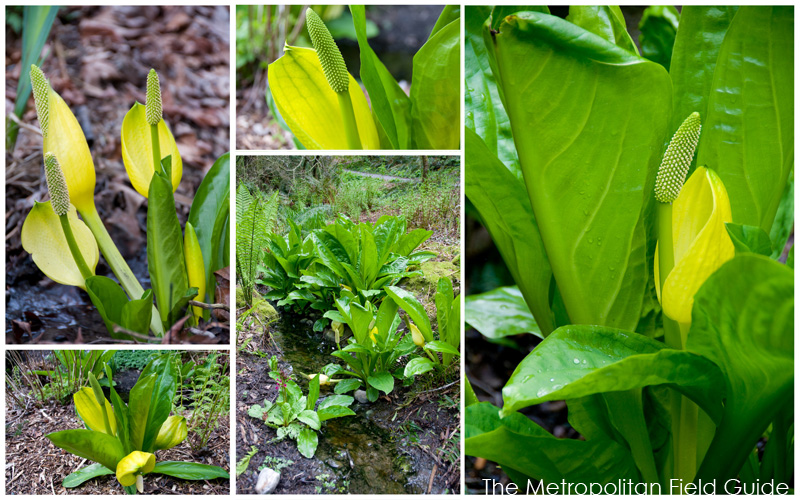 There are certain plants that are distinctly Pacific Northwest such as the iconic Douglas Fir tree, noticeable for it’s looming forest presence, the Oregon-grape, known for its bright-yellow flowers, and Snowberry, easy to spot because of its white berries. There is one Pacific Northwest perennial plant easily noticeable from a distance, not by its flowers or form, but by its smell. Skunk Cabbage (Lysichitum americanum), in the family Araceae, is well known to residents of the Pacific Northwest thanks to the smell it produces, which resembles skunk.

When the scent of Skunk Cabbage is near, so is water because it grows alongside of creeks, marshes, wooded wetlands and wet meadows. It grows in the Pacific Northwest from Canada to Northern California east to Montana, from low to mid-level elevations. It will grow alongside or standing in still or moving water, and is tolerant of a wide-range of soils from sand to clay and acidic to neutral.

Despite the less-than-appealing name, Skunk Cabbage is a truly beautiful plant. The first part of the plant to emerge in early spring or even late winter, is the flower followed by the leaves. The bright-yellow wrapper or spathe, which surrounds the flower spike, is one of the few bright colors often found in the forest. Fresh, new flowers have a sweet scent to start before changing to the skunk-like scent. The odor is not necessarily offensive, but can be strong and comes from the wilting flowers or the leaves when crushed. The leaves are some of the largest leaves of any plants native of the Pacific Northwest, up to 3′ long and 1′ wide when grown in the shade. They also have very short stalks, causing to leaves to appear to be growing directly out of the soil. The fruits which appear on the flower spikes, are berry-like and green to red in color. It is often compared to tropical plants and indeed, the closest relatives to Skunk Cabbage are all tropical plants.

The scent is to attract the plants pollinators, beetles and flies. The question of pollination is one somewhat recently answered. One of the principle beetle pollinators is the Rove or Staphylinid beetle (Pelecomalius testaceum) which feeds on the pollen and breeds in the safety of the flower and spathe. Other small insects will visit as well as slugs and snails. Both the flowers and leaves are consumed by elk and deer, the stems are eaten by muskrat and other animals and squirrels will eat the fruit.

The plant is not edible to humans because it contains calcium oxalate crystals which cause the throat and tongue to swell. However, Native Americans did make use of the large leaves to line berry collecting baskets, drying racks or steaming pits. Some plant parts were historically used for medicinal purposes and in fact some still are although with very careful preparation.

Gardening With Native Plants of the Pacific Northwest

Wetland Plants of Oregon and Washington

News Requiem for a Moth:: This half-hour radio program from BBC Radio 4 is a delightful blend of science and music, all focused on moths. What's the buzz - the conservation and ecology of urban pollinators:: "Some ecologists see urbanisation as one of 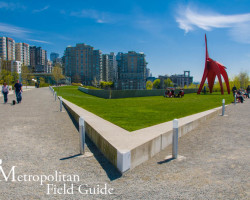 The Olympic Sculpture Park in Seattle is a beautiful place. The 8.5 acre park sits alongside Elliott Bay, overlooking the Puget Sound, islands and the Olympic Mountains to the west, downtown Seattle to the south and the Space Needle to