Perhaps it’s because the plant has bright, colorful flowers, when en masse, can look like a burning field, or simply because this plant commonly colonized areas which have been recently burned, the aptly named Fireweed is a beautiful plant with benefits for pollinators.

Chamerion angustifolium is also known as Rosebay Willowherb and is a perennial growing and spreading from rhizome roots. It’s fairly common and blooms during the summer reaching heights of 2-5 feet. It prefers disturbed sites, especially recent burns, as well as meadows and forests. The lance-shaped leaves are up to 8″ in length and numerous on their climb upwards along the stem towards the magenta colored flowers. The flowers grow outward, perpendicular to the stem, giving it a sunny disposition. The seeds are fluffy affairs, escaping from four-chambered pods in the hundreds, each pod containing 300-500.

The plant has less horticultural interest when not flowering and Gardening with Native Plants of the Pacific Northwest relegates it to the wilder parts of your garden and even defends the choice of “recommending a rank wayside weed” by pointing out the stunning flowering display of this plant.

The ‘weed’ part of its common name is also well earned as it harbors characteristics of many of our despised common weeds. As noted the plant produces prolific amounts of seeds, which when combined with the white fluff they’re attached to, gives it the ability to spread far and wide. In fact, one plant can produce in a single year, up to 80,000 seeds. [4] Those seeds are viable up to two years. It also puts down roots in disturbed sites such as along transportation corridors like highways and railways, abandoned fields, vacant lots and other neglected spaces. Once established, it spreads quickly via the rhizome roots and more seeds. It’s also not particularly picky about growing conditions and will adapt to wet or dry conditions, indeed it is drought tolerant. 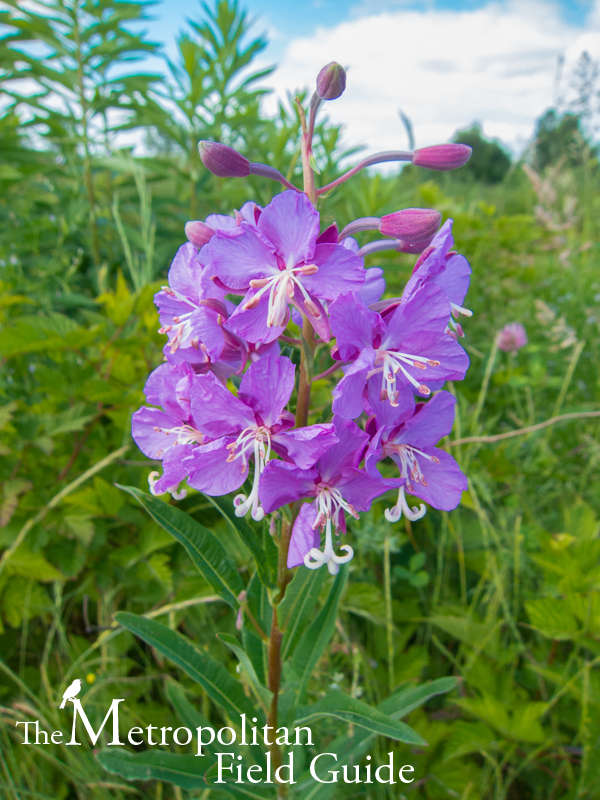 Fireweed can be propagated by nearly every method. Seeds are very easy to collect and start in the spring germinating within 10 days. The rhizomes may also be divided and will not only grow, but can bloom within one month. [4]

It’s not without benefits to humans as well. People of the Haida made use of the plants fibres to create ropes while the Coast Salish, Saanich and others put the abundant seed fluff to good use in weaving and padding making mattresses, clothes and blankets, [1] while the Siberian Eskimos ate the roots. Fireweed is a herb used used for inflammation of throat, stomach, mouth and intestines. [2] Today Fireweed is popular among beekeepers in producing Fireweed honey which retains some of the medicinal benefits of the plant and is sold as a special variety.

Fireweed has been successfully used to revegetate mining land and in Alberta it was established “on mine spoils in alpine and subalpine habitats”. [5] In British Columbia, Fireweed is a recommended species for planting on disturbed areas such as roadsides and logged sites. [5] The plant has also had some success in revegetating areas after crude oil spills in the tundra region. [5]

As beekeepers recognize, Fireweed attracts honeybees extremely well and produces abundant nectar. This benefits not only the European Honeybee, but many of our native pollinators as well such as our solitary bees and bumblebees. Fireweed is beneficial to lepidoptera as well and while butterflies will feed from its nectar and pollen during the day, their night counterparts, the moths, will also visit the plant. [3] The plant is also known to attract hummingbirds. Some mammals have been known to eat Fireweed including deer, muskrats and chipmunks and less urban species such as moose, caribou, elk and pikas. [5]