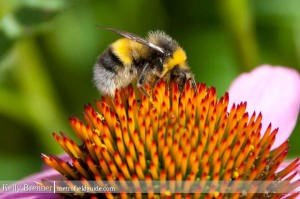 The first question many people will ask when you tell them you want to create habitat is why, which often comes before the how. It’s important to formulate an educated response to the why whether it’s a homeowner or city planner asking. There are many answers to that question and I plan to address many of them in a series of posts starting with this one. Among the answers are ecological benefits, education, human benefit and many that fall in all categories.

Pollination is a major ecosystem service performed by a multitude of species including a huge variety of insects as well as bats, birds, reptiles and other mammals. Among these species 2,000 vertebrates and 200,000 invertebrates serve as pollinators.

Plants reproduce in many ways including self pollination, wind and carriers, but over 70% of flowering species rely on pollinators to reproduce and over 150 food crop species in the US require pollinators. It’s estimated that 1/3 of what we eat is a direct result of pollinators. We rely on them for not only food, but other things such as medicine and fibers including cotton. Among some of the products that we benefit from pollinators are: apples, almonds and other nuts, plums, tequila, mustard, tomatoes, cucumbers, oils, and so much more.

One estimate of pollination services in the US alone, by wild pollinators is four to six billion dollars while the introduced honeybee has been estimated to be worth $14 billion. This number would be even greater if the alfalfa grown for the meat and dairy industry was considered. A single blueberry bee can pollinate enough plants to produce $75 worth of crops. Alfalfa is pollinated by leafcutter bees which are valued at slightly under $11 million in just five states: Oregon, Washington, Idaho, Montana and Nevada.

The landscape industry also should be considered although it wasn’t mentioned in any of the articles below. Nurseries, landscape designers and landscape architects also rely on pollinated plants for everything from parks, to residential yards, college campuses and botanic gardens. 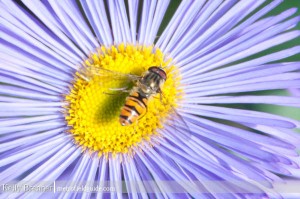 One more consideration is the service pollinators provide in regards to the ecosystem as a whole. For example wetlands serve to mitigate flooding and water purification, however without the pollinated plants to help with that how affective would the wetlands be? They also help provide the plants that provide food and shelter for other wildlife species.

Many pollinators are now in a decline and that could have an enormous economic impact on us. One estimate of the potential economic impact ranges from $5 to $8 billion annually. There are several reasons they are in decline and the top of the culprits are pesticide use as well as habitat loss and fragmentation. Disease is also taking a toll on the introduced honeybees as well and additionally the diversity of bee species is in trouble.

Many of our pollinators migrate and require habitat along the way so providing a stopover for butterflies, bats and birds as well as travel corridors can aid in preventing their further decline. There are ‘nectar corridors’ being studied in Mexico and the southwest US and fragmentation is also being looked at. Pesticides are a big problem for many pollinators and creating pesticide-free habitat could help slow or prevent pollinator decline as well. Look under the Pollinator Design box on the right hand side of this page for design resources.

The information above came from a variety of excellent websites and papers. Read more about ecosystem services and pollination below.

Ecosystem Services: A Primer from the Ecological Society of America

Migratory Pollinator Program from the Center for Sonoran Desert Studies

via:: A Guide to Rooftop Gardening

One of the most impressive green roofs in the country is the one on top of City Hall in Chicago. Part of the impressiveness comes from the fact that the building

The Wildlife Design Competition from the Holbeck Urban Village in Leeds has just closed and the winners will be announced next month. This is the second year of the competition and