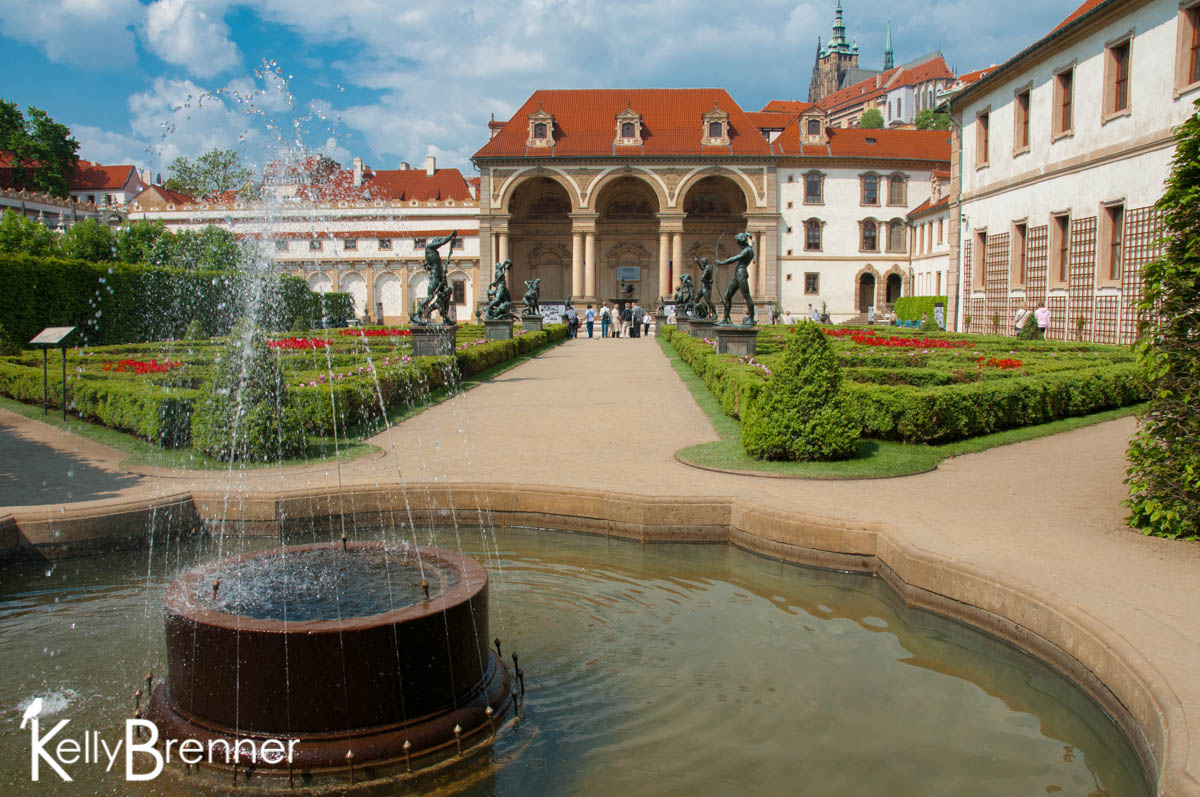 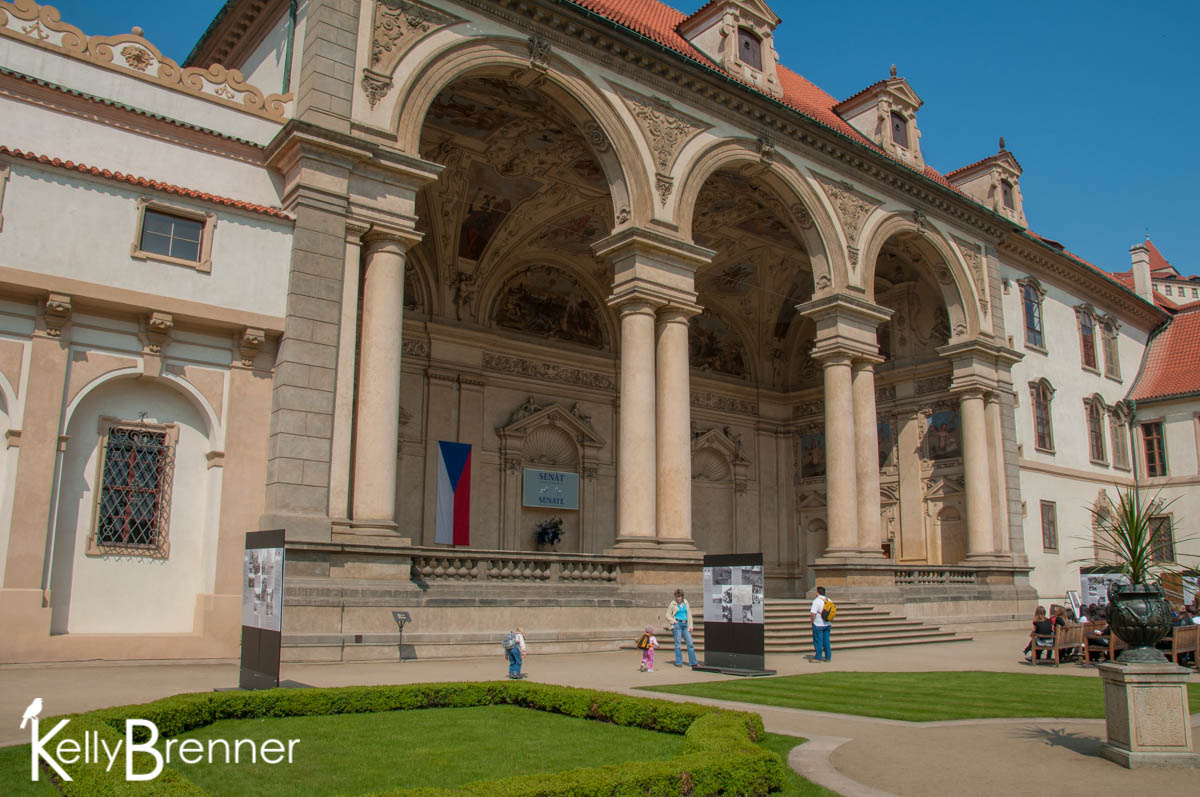 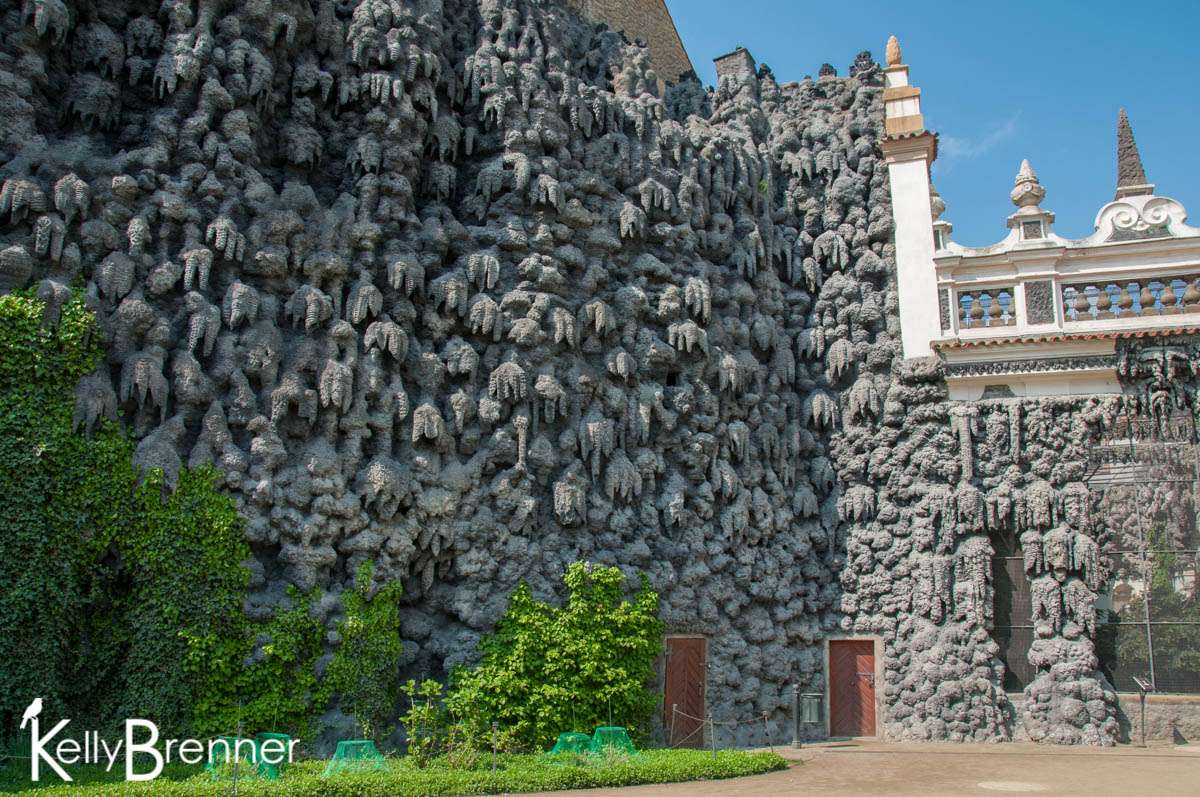 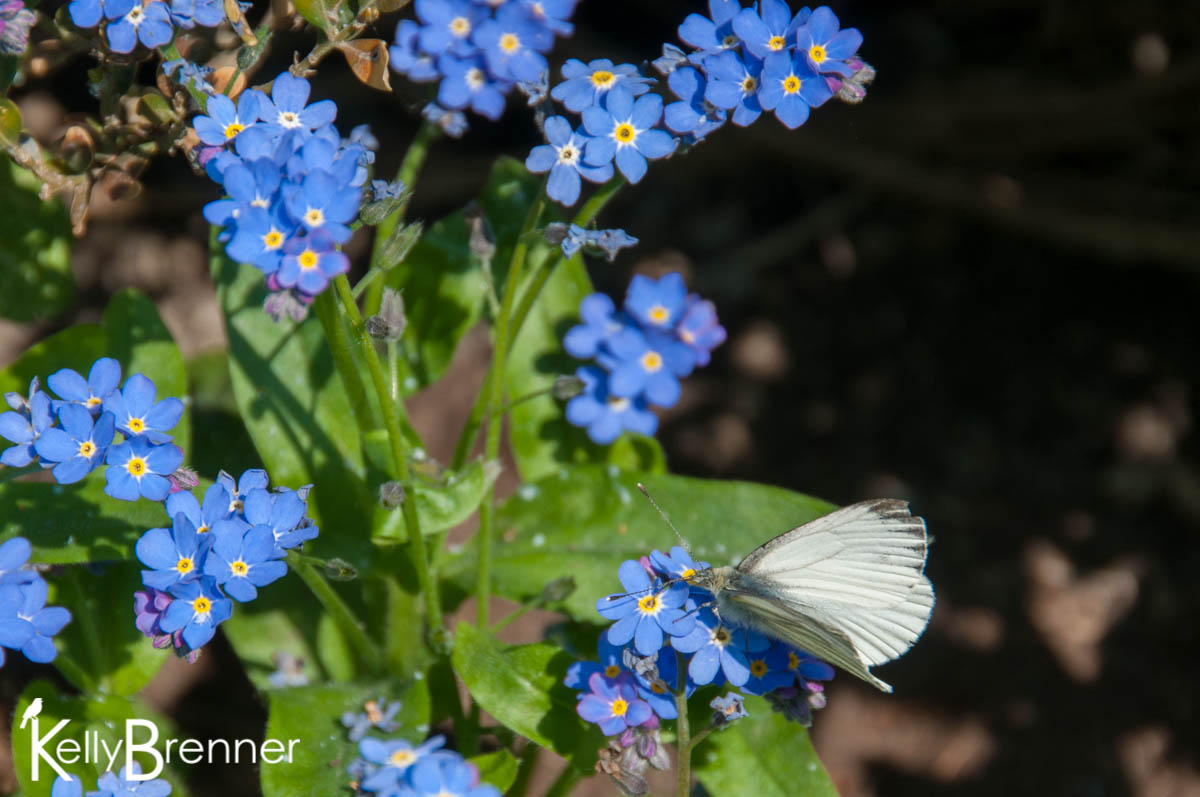 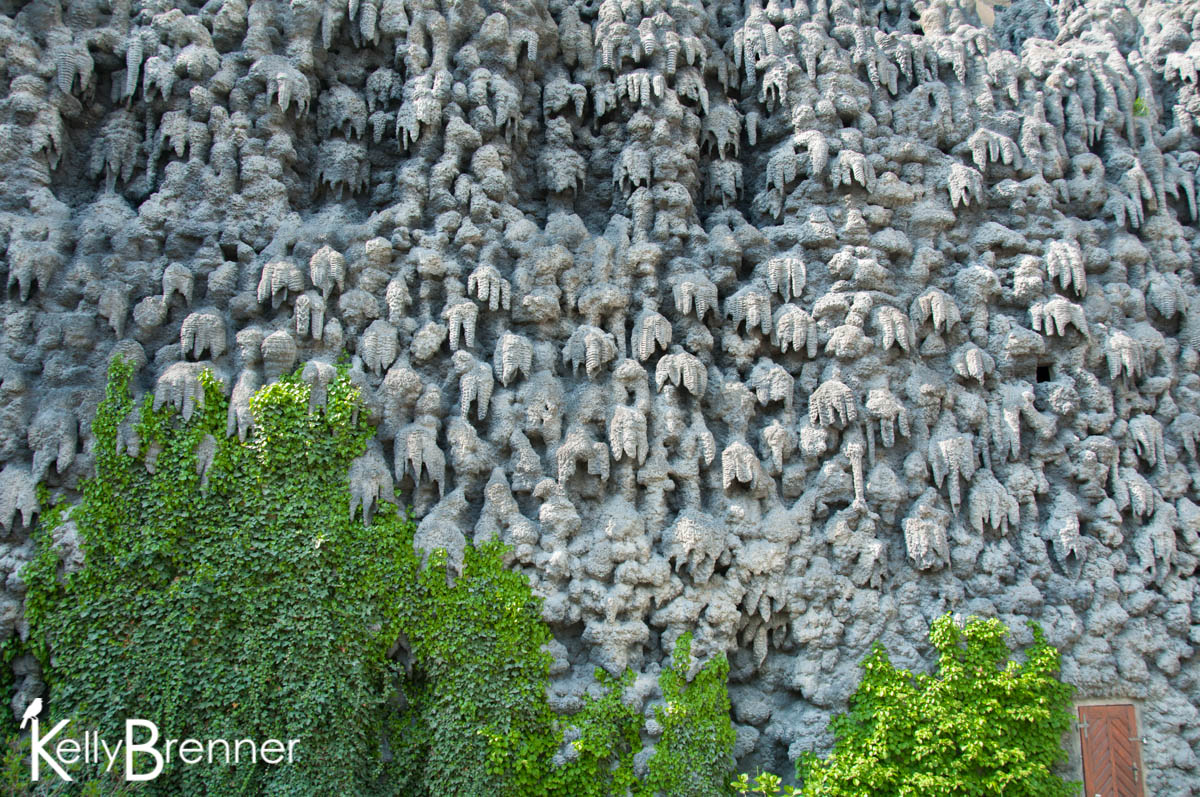 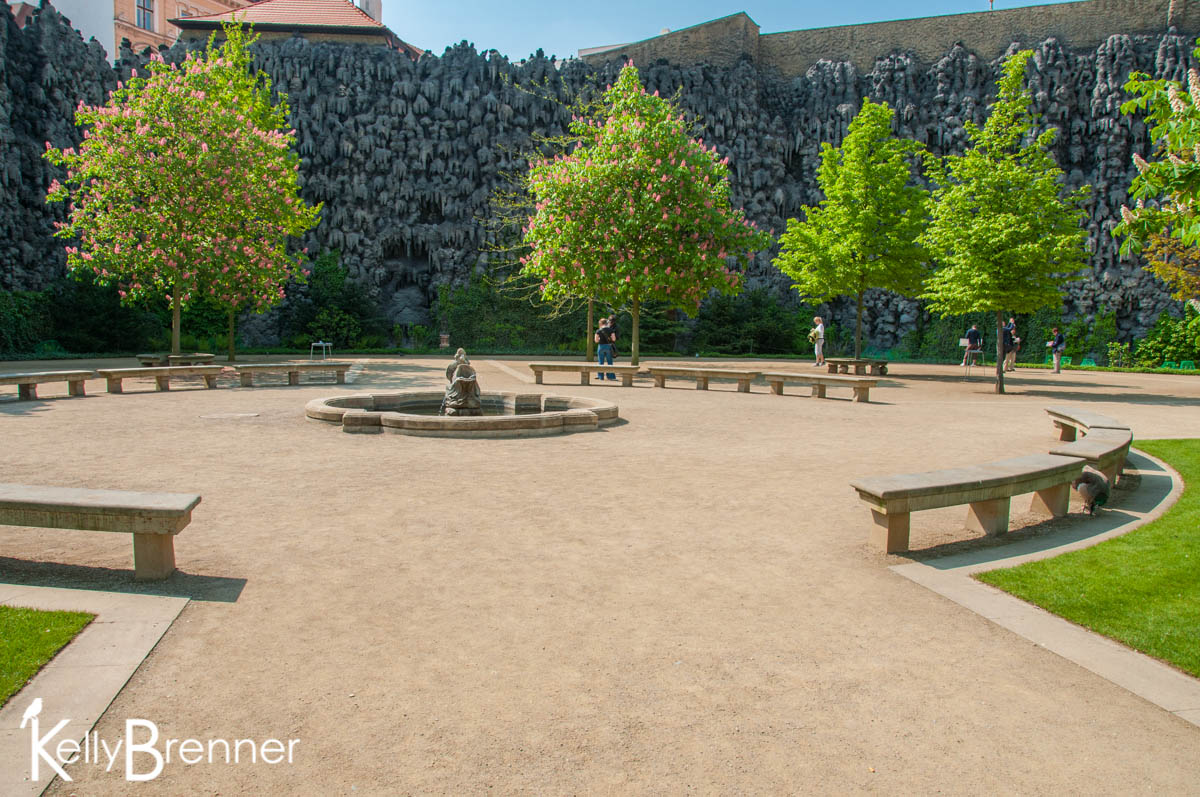 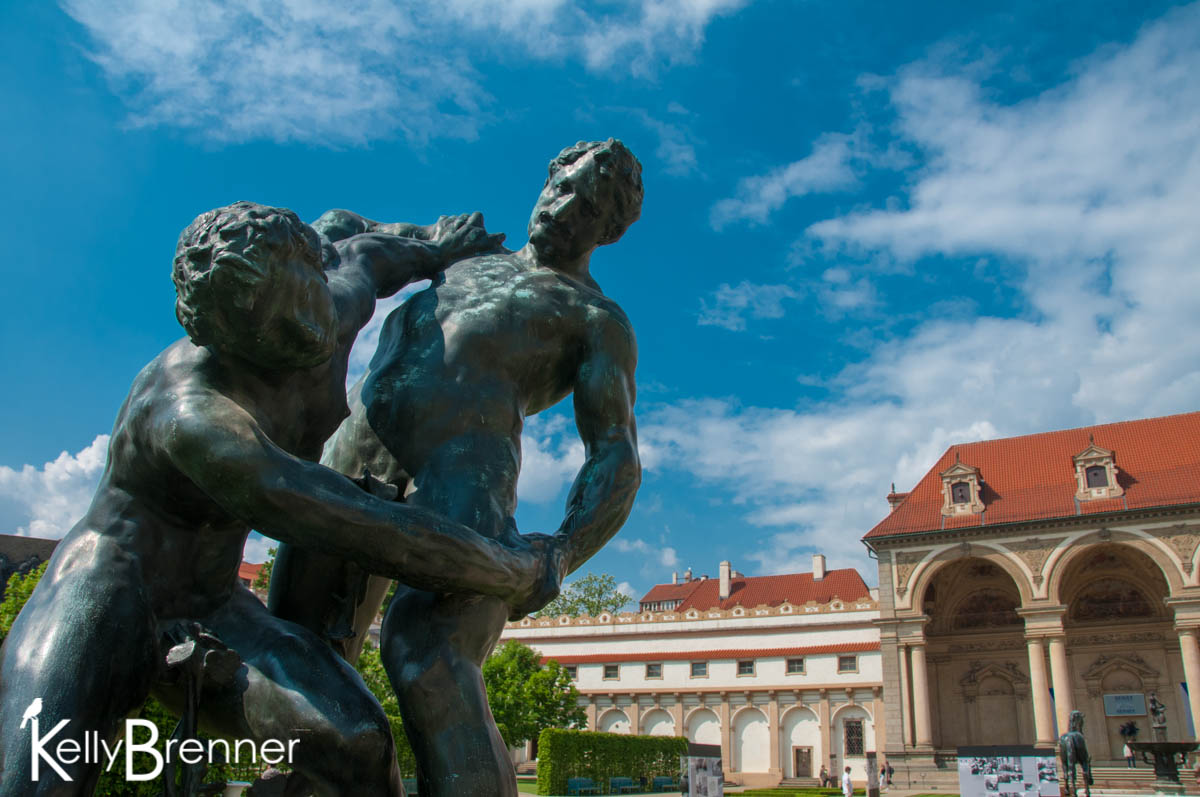 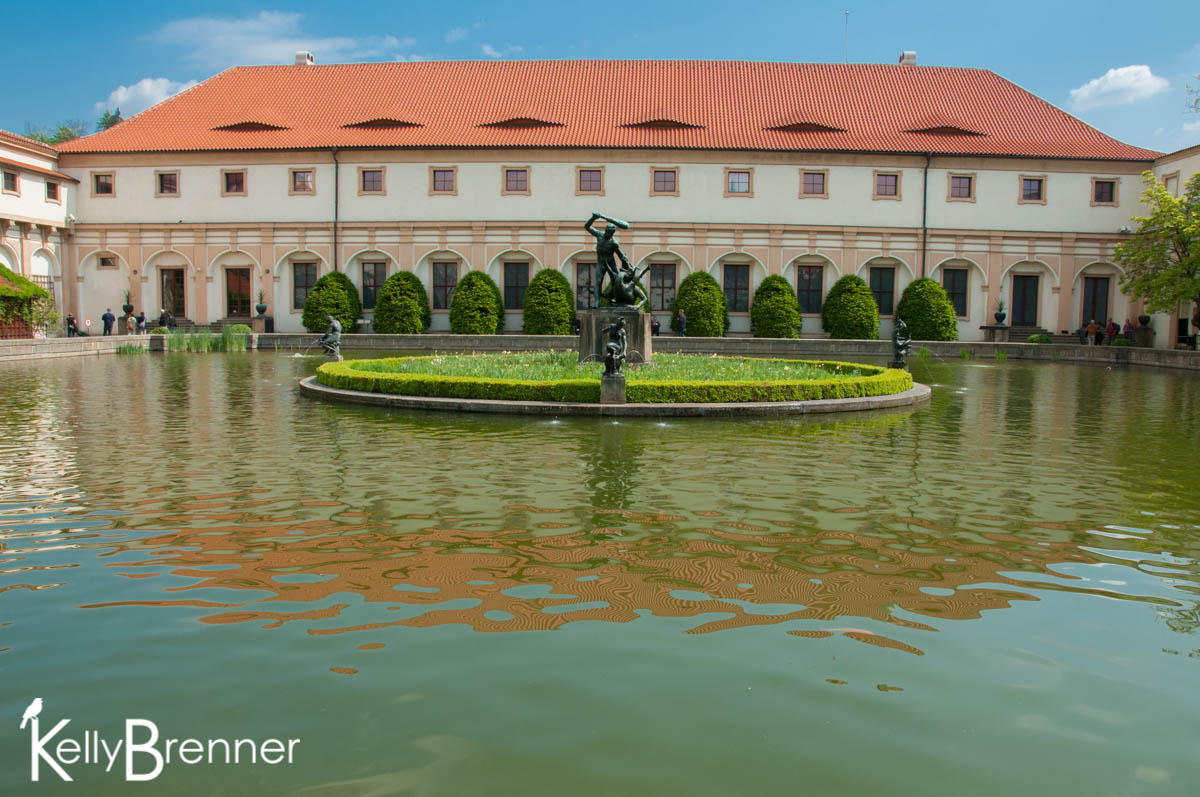 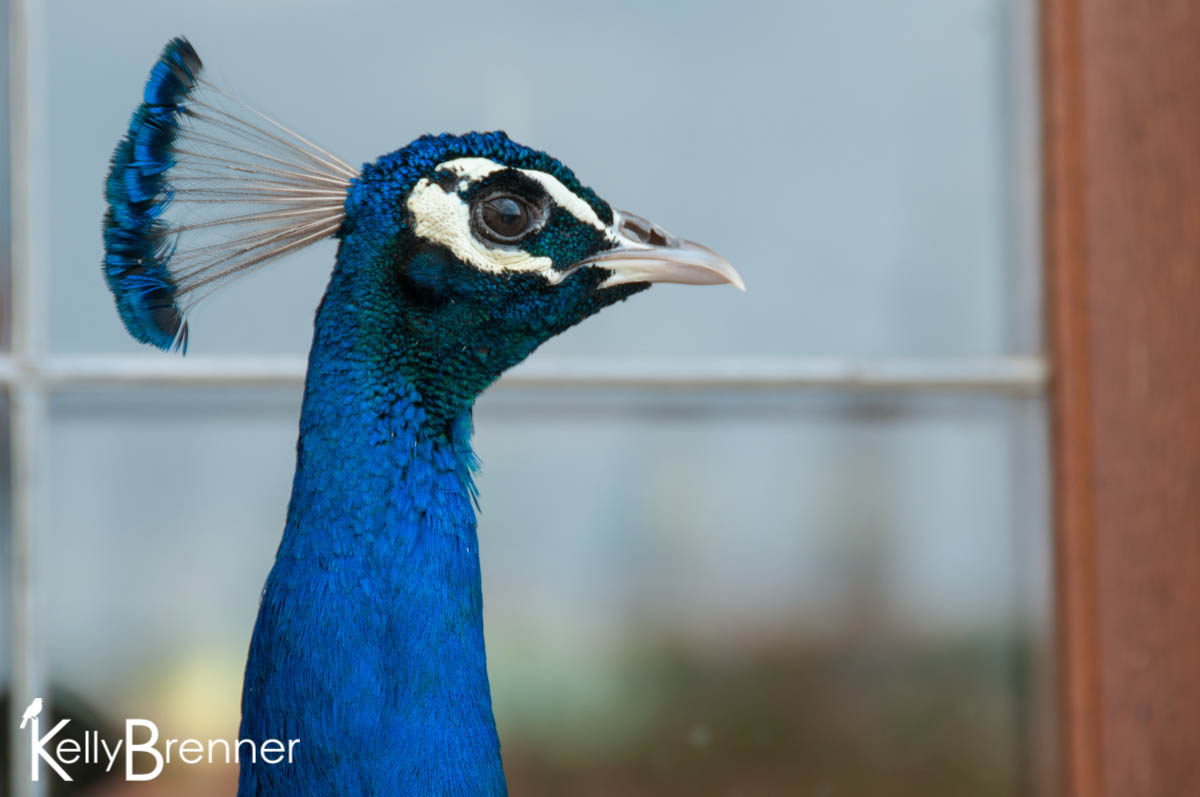 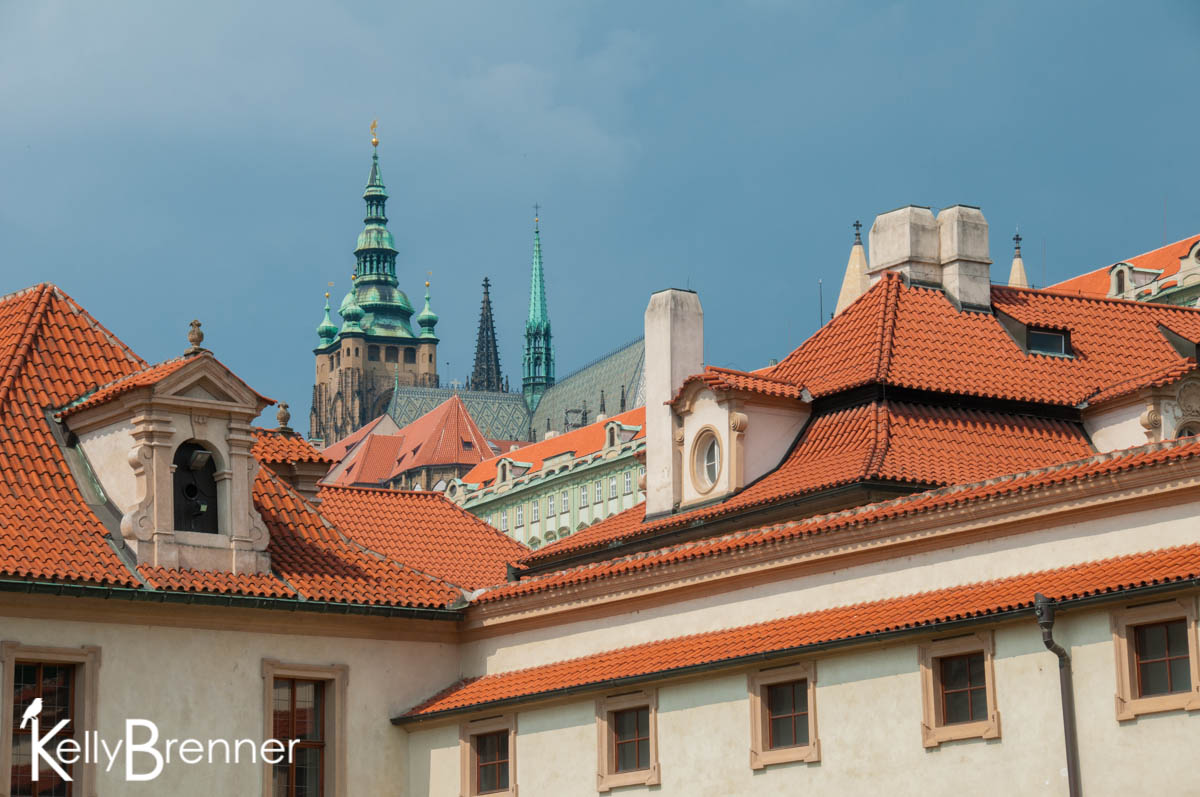 Located in the Little Quarter in Prague, the Wallenstein Palace (Valdštejnský Palác) Gardens are beautiful, interesting and full of unintentional habitat. Wallenstein Palace is grand, consisting of twenty-three houses, three gardens and five courtyards. The gardens are completely enclosed by the buildings and walls and only accessible by two entries. Commissioned by, and named after Habsburg general Albrecht z Valdštejna during the Thirty Years’ War, Wallenstein was originally a palace, but now serves as the home of the Czech Senate. The Renaissance palace and gardens were built by Italian architect Giovanni Pieroni and constructed by Andrea Spezza and Niccolo Sebregondi. After Albrecht’s death, murdered for his plundering, double-crossing ways, much of the furnishings of the Palace were confiscated.

The original sculptures by Danish artist, Adrian de Vries, one of the best Renaissance sculptors outside of Italy, were stolen by Swedish forces after the war, and now replicas stand throughout the garden. The replicas were cast in the early 1900’s and the originals are still in Sweden. The sculptures, mythological figures, such as Hercules, Bacchus, Apollo, Neptune and Venus, line a center walkway through a small parterre filled with flowers. The most interesting piece of the garden, which is featured in most every travel guide, is a large, man-made dripstone wall, made to look like rocks, stalactites and crevices. Hidden among the prominent wall are various animals and faces, and at the end of the wall is a small aviary. Most visitors describe the wall grotto as ‘bizarre’ or ‘weird’, but are still drawn to it.

A chestnut grove between the stalactite wall and the rest of the garden creates interesting visual perspectives of the wall and gives it a mysterious feeling. A smaller fountain sits in the middle of the chestnut grove, one of several throughout the garden. Venus’s fountain, surrounded by grassy parterre, sits alongside the Sala terrena, an open building with many paintings and detail, used today for performances or speeches. The middle of the garden consists of various sized triangles or other geometric-shaped patches of grass surrounded on all sides, with often only one opening, by tall hedges. At the far opposite end is a large, square pond with sculptures of river deities in the center which is overlooked by a greenhouse and the old riding school, now used by the National Gallery.

Despite being a formal, elegant, Italian-style garden, I found it full of wildlife. Many of the design elements lend themselves to good habitat even though they’re not necessarily designed to do so. The parterre of the mythological sculptures includes many seasonal flowers which attracted butterflies and bees. The same gardening practices for formal gardens, such as keeping a variety of flowers blooming throughout the season for visual appeal, works perfectly for pollinators. The mature trees of the chestnut grove contained many birds and in fact I found a Wood Pigeon nesting in one of the trees. When in bloom the trees are also full of bees. The hedges throughout the garden are also ideal shelter for wildlife and I observed many birds constantly retreating into them, including what I thought may have been a Jay, a very shy bird. The many ponds throughout the garden provide somewhere for wildlife to get a quick drink and the largest pond, somewhere for aquatic species and water birds. There were Mallards in the largest pond as well as a Moorhen with chicks. On the edges of the pond were wooden ramps placed to allow birds to get in and out. Perhaps the most interesting and unusual habitat, is the stalactite grotto wall. Designed to look like real rock with many drips and crevices, it could be ideal habitat for bats, insects, reptiles and more. In fact, in one particularly deep nook, there was evidence of bird droppings implying that some birds were using the wall as a roost or nesting site. It would be interesting to study the wall for more evidence of use by wildlife.

This garden, like so many others, is a stellar example of how gardens can be good wildlife habitat even without the intention of being so. It’s also a good study of how formal gardens could be easily modified for wildlife, such as with the ramp in the ponds. This garden may have been eligible for certification by the National Wildlife Federation, it provided a place for young, shelter, water and food. 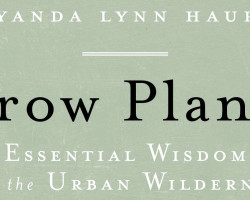 Crow Planet Crow Planet: Essential Wisdom from the Urban Wilderness, by Lyanda Lynn Haupt is one of those books that should be read by anyone and everyone. Although the focus of the book is crows, it's really

News:: La Petite Ceinture de Paris:: This blog post from Nature urbaine features railroads that have been abandoned where nature has started to reclaim them, with some rather beautiful results. Twitter in the city: The urban life of birds:: An article from The Independent