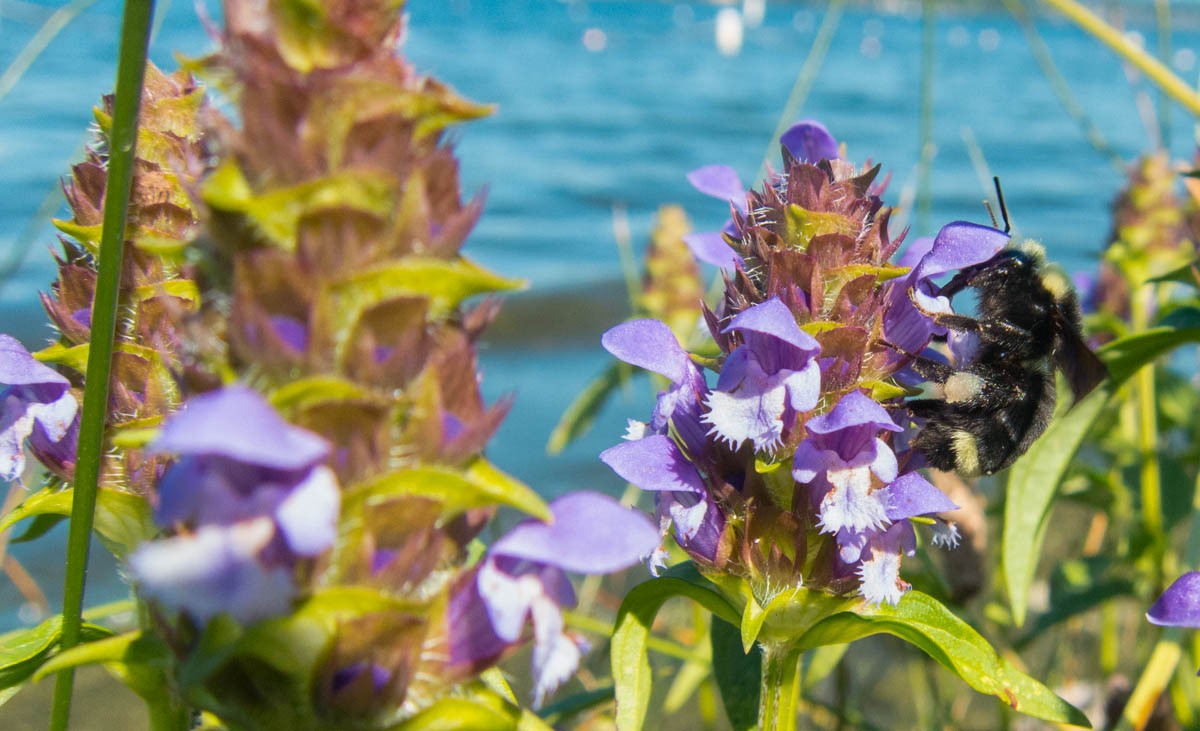 The Virtuous Weed is a feature on The Metropolitan Field Guide inspired by The Weeds in My Street on the Cryptoforestry blog. The definition of weed is a highly complicated and controversial affair as Richard Mabey discusses in his fascinating book, Weeds: In Defense of Nature’s Most Unloved Plants. Are they simply plants in the wrong place or defined as such for another reason; because they’re invasive, or toxic or disturbing agriculture, or because we disapprove of their behavior? Weeds often spark many debates on forums and blogs among various groups. What is behind all of this? I intend to get down to the basics of each plant I feature, where it came from, how it grows, why it’s disliked and what benefits it may offer. The Virtuous Weed borrows its name from a quote by Ralph Waldo Emerson, only one sentence of which is well known, but an interesting quote overall from Fortune of the republic:

Our modern wealth stands on a few staples, and the interest nations took in our war was exasperated by the importance of the cotton trade. And what is cotton ? One plant out of some two hundred thousand known to the botanist, vastly the larger part of which are reckoned weeds. And what is a weed ? A plant whose virtues have not yet been discovered, every one of the two hundred thousand probably yet to be of utility in the arts. As Bacchus of the vine, Ceres of the wheat, as Arkwright and Whitney were the demi-gods of cotton so prolific time will yet bring an inventor to every plant. There is not a property in nature but a mind is born to seek and find it. For it is not the plants or the animals, innumerable as they are, nor the whole magazine of material nature that can give the sum of power, but the infinite applicability of these things in the hands of thinking man every new application being equivalent to a new material.

Prunella vulgaris has many common names such as Heal-all, Hook-heal, Carpenter’s Herb and Self-heal, several of which allude to its healing properties. A perennial herb found in the mint family (Lamiaceae), the purple flowers are a common sight throughout much of North America. Whether it’s native or not is not a simple answer however. While some sources state that Prunella vulgaris is originally from Europe, others state it as native. According to NRCS however, there are two subspecies of this plant and Prunella vulgaris ssp. lanceolata is native to North America. Its distribution is listed as circumboreal, meaning it’s found throughout most of the Northern Hemisphere. Prunella vulgaris ssp. vulgaris however, has been introduced to North America from Eurasia and the ranges now overlap. According to the NRCS they can be distinguished from each other one of two ways. The first is the shape of the leaves on the middle of the stems with ssp. vulgaris having leaves which are “twice as long as wide” and ssp. lanceolata has leaves which are narrower, about “three times as long as wide”. The growth of ssp. lanceolata is more upright or slightly reclining with the tips ascending while ssp. vulgaris grows flat.

As is common of many weeds, this plant can be found growing in a wide variety of habitats and conditions whether they be dry or wet or in the sun or shade. It can be commonly found in lawns, roadsides, clearings, fields  and forest edges. While it may be unwelcome in many locations such as flowerbeds and lawns, it’s none-the-less a cheery addition when it surfaces. If looking to create an ecolawn, Self-heal is a good choice to add some biodiversity as it grows low and “can survive below the cutting height of a mower and provide good foraging for pollinators.” (2) It can also be used equally well up higher, much higher, on green roofs. It is one of the plants used on the California Academy of Sciences green roof. (4)

The few, green lanceolate leaves grow oppositely on square shaped stems which grow  individually or in clusters and either upright or in a reclining manner. At the top of the stems grows the clusters of purple flowers. Each individual flower has a fused petal on the top with a wider fused petal on the bottom with thee lobes which act as a landing pad for one of the flower’s most frequent visitors, bumble bees. In some cases the flowers can also be pink and on occasion, white. The roots are fibrous and spread making it a good choice for erosion control. The seeds are called nutlets and enjoy a high germination rate.

The flowers are very popular for a wide variety of insects. “Flowers provide nectar and pollen to butterflies such as whites (Pierinae), sulfurs (Coliadinae), and skippers (Hesperiidae), as well as native bees such as bumblebees (Bombus spp.), digger bees (Anthophora spp.), small carpenter bees (Ceratina spp.), long-horned bees (Eucera spp.), and green sweat bees (Agapostemon spp.).  Caterpillars of the gray marvel moth (Agriopodes teratophora) sometimes feed on the foliage.” (1) Mammals generally ignore the plant because the leaves are bitter, but some birds feed on the nutlets. (1)

People both in Europe and North America have traditionally used this plant as a remedy for a variety of ailments. Several native american tribes used it to treat heart conditions, reduce fever, boils, cuts bruises and skin problems. “It is still used as a medicinal herb today, but plants are known to concentrate lead compounds and other pollutants, so they should not be gathered from roadsides.” (1) Self-heal is an ancient medicine, dating back to the first mention of it 2,000 years ago in Chinese medicinal literature. (3) The Chinese used it to treat the liver, kidneys and skin problems also. In medieval Europe it was used to treat throat problems, in part because the flower resembles a throat and it was common practice to find plants which resemble the troubled body parts. Likewise, the Europeans also used it to treat skin conditions. Today it is still used for a variety of ailments which have surprisingly changed little and include sore throats, skin problems such as insect bites, burns and irritations as well as excessive menstruation.

As far as weeds go, Self-heal is one of the best. It has a great many benefits to humans and it provides food for many different insect species. It’s great for lawns all the way up to green roofs.