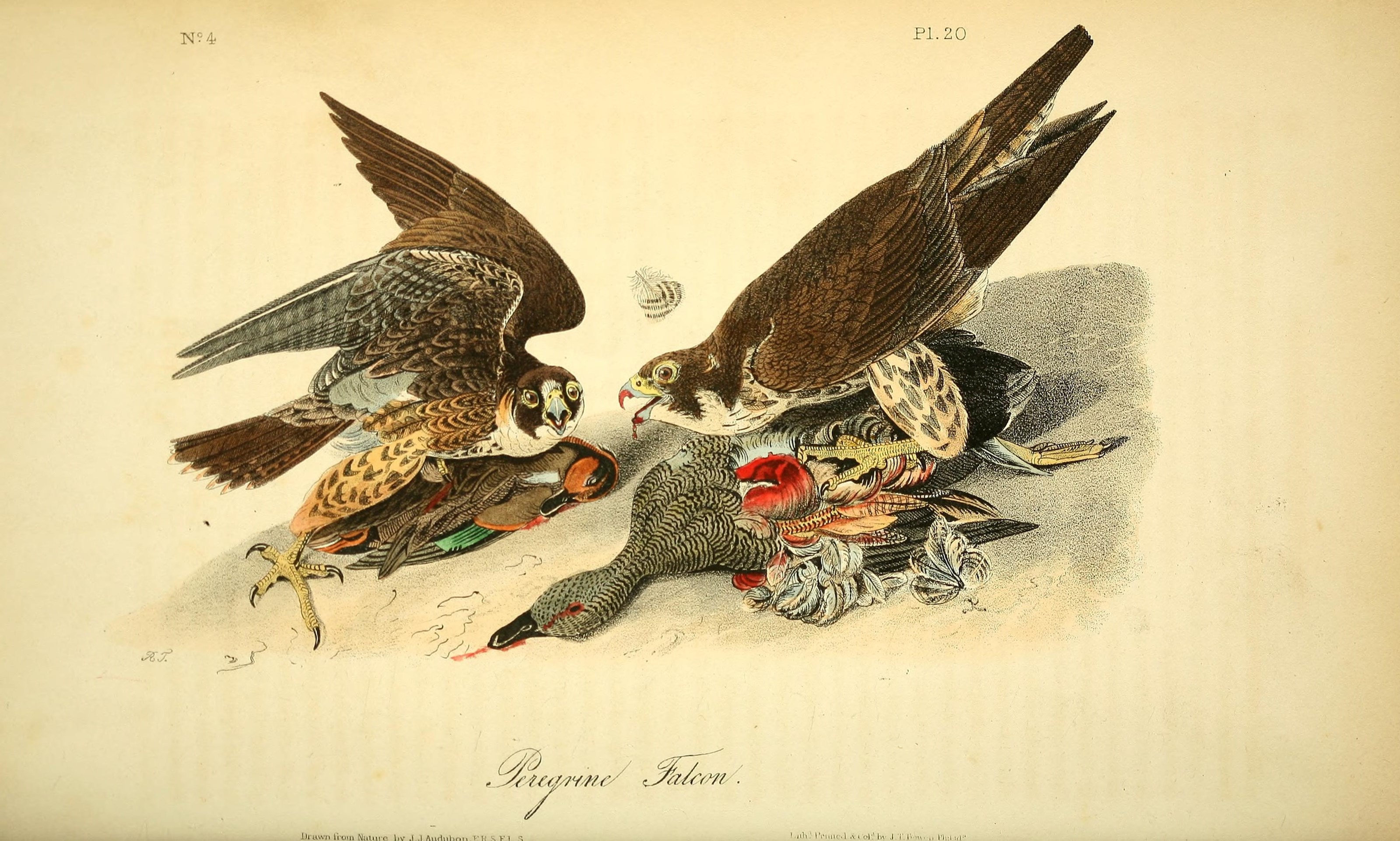 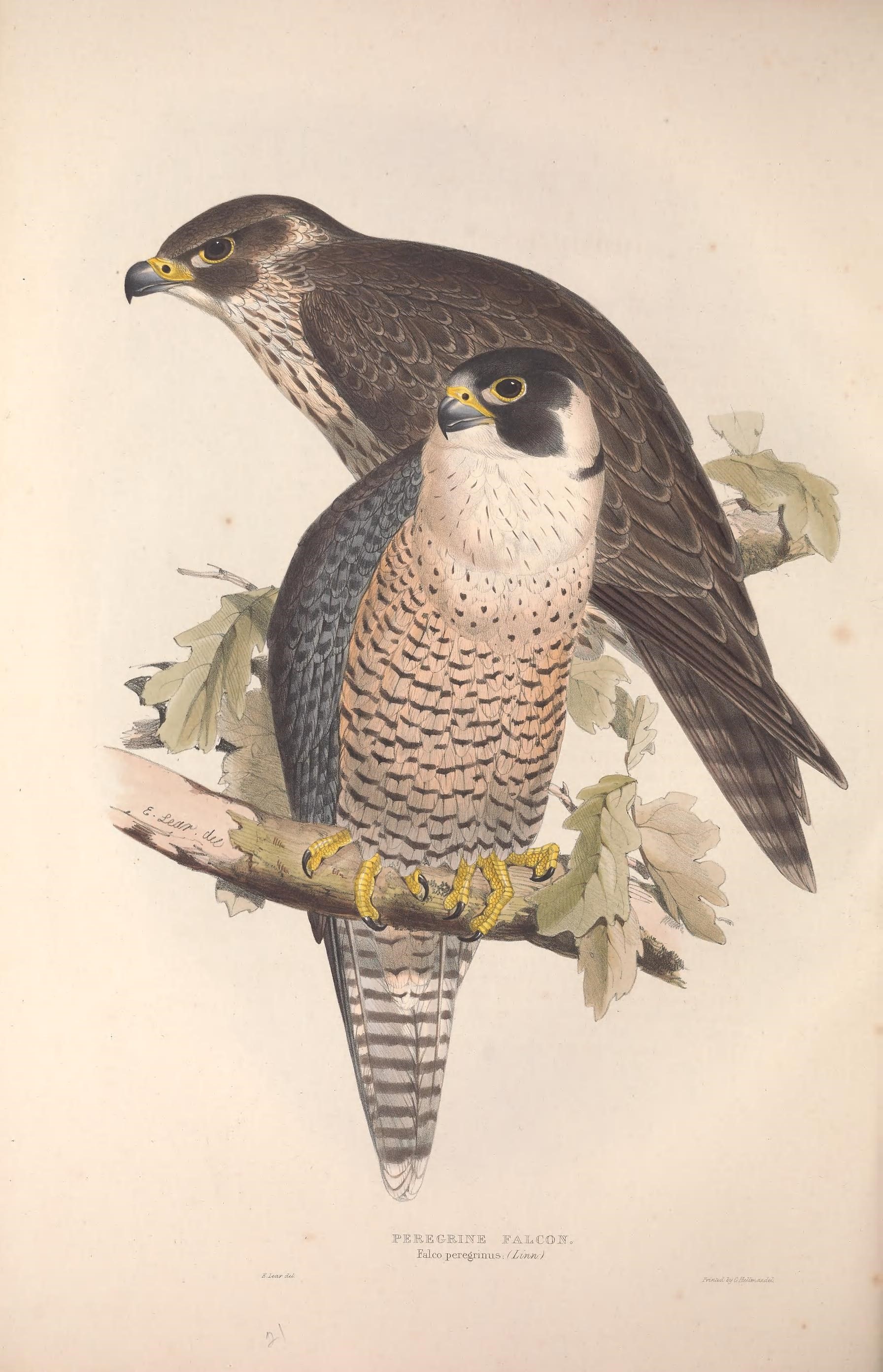 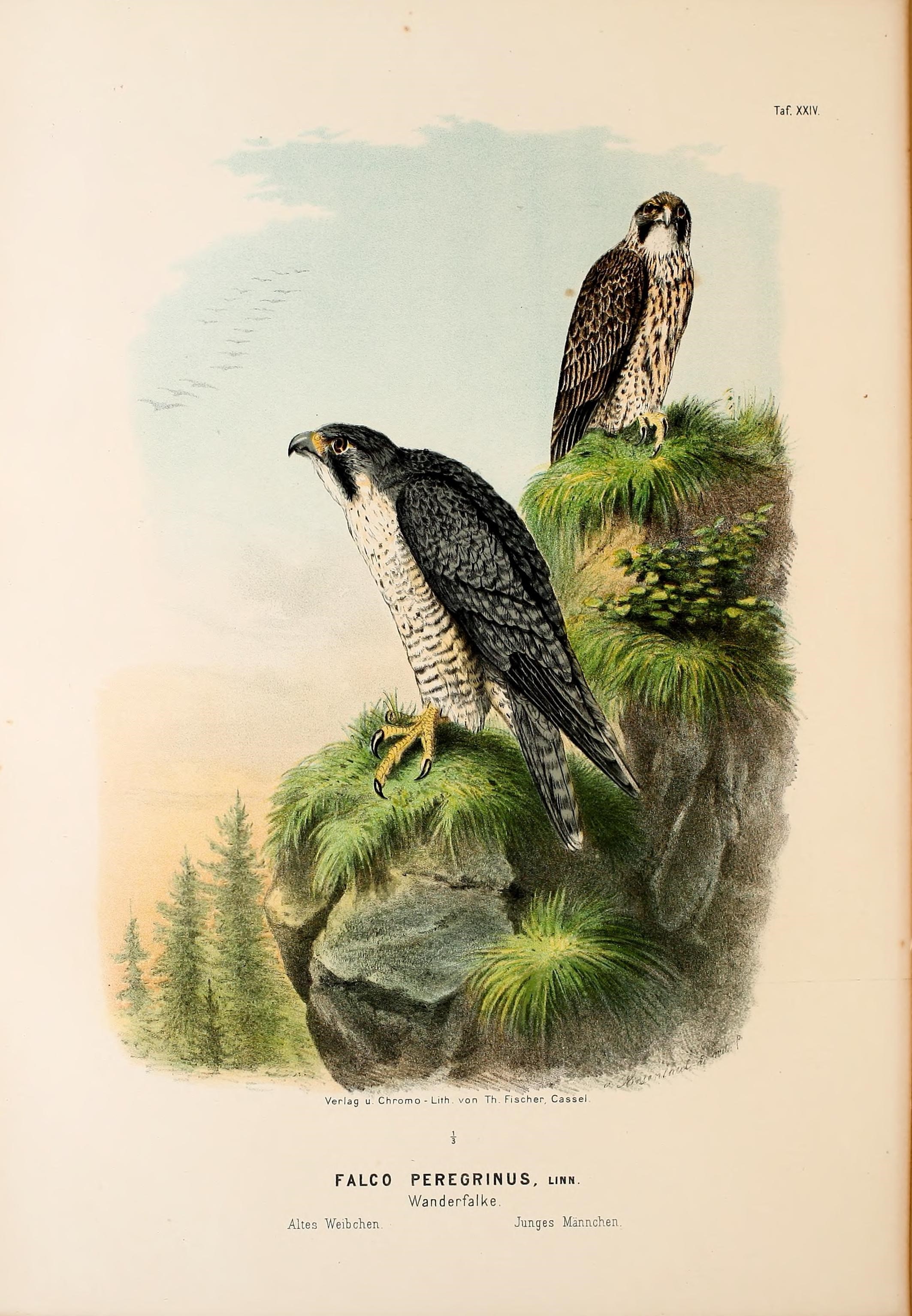 One of the most popular of urban birds has to be the Peregrine Falcon. They are watched, monitored, talked about, written about, recorded and rescued in cities around the world. In London they can be seen at the Tate during their nesting period where volunteers are on hand with telescopes for several hours every day. In Seattle, they have been watched in past years via a live webcam. They are the fastest bird in the world averaging over 30 miles per hour in regular flight. However when hunting they can hit nearly 70 miles per hour and during a dive they can reach the incredible speed of 200 miles per hour. The Peregrine Falcon even has specially built baffles inside their nostrils that allows them to breath while at the same time blocking the wind that may otherwise rush in with such speed to burst their lungs. The force of their dive is so extreme that their prey is nearly always killed on impact and can even knock their head clean off . They are also amazing in the fact that they’re one of the most wide-spread birds in the world and are found on every continent except Antarctica. Yet one more distinguishing fact is that they are prolific travelers during migration having one of the longest migrations of North American birds distancing from the Tundra to South America, a route of over 15,000 miles round trip. In fact their name, Falco pergerinus, in Latin means foreign or exotic and was used to refer to a wanderer.

Humans have long interacted with the Peregrine Falcon and one of the most well known of these interactions is falconry. For hundreds of years man has trained the Peregrine Falcon to hunt and in fact Henry IV, of France owned a Peregrine Falcon. The story goes that it once escaped, but thanks to a name tag on the bird, it was recovered, but 12 days later, over 1,300 miles away in Malta. Many species of falcons were used in falconry, however the species of falcon used depended upon class. The Peregrine was only used by knights and aristocrats while women used the smaller Merlin, still called Lady’s Hawk today, priests used the Sparrow Hawk, and peasants used the Goshawk or kestrel. The rare Gyrfalcon was reserved for kings, and only emperors were permitted to use an eagle. Even before the Middle Ages however, falcons had long been trained in Egypt and Mongolia. Falcons in general have a long history in folklore as well. In Japan they were the symbol of victory while in Greece they were sacred to Apollo. The Egyptian god Horus was linked to the falcon and he had a falcon head and falcon imagery was continually used as his imagery or to reference him.

They have not however, always been held in high regard by humans. During World War II, they were hunted and killed by government order in Britain because they were a threat to the carrier pigeons that carried important communications. They are still hunted and killed by people who raise roller pigeons and they are continually hunted for sport in Europe during their migration as they cross from North America into Europe, particularly in Italy and Spain. Egg collecting has also been a historic threat that continues today.

In more recent times the Peregrine Falcon was the start of an environmental movement aimed at pesticide awareness when it was discovered that DDT was the cause of their steep population decline in the mid-20th century. While investigating their population decline, researchers discovered that the pesticide DDT caused the eggs to be thin and crack extremely easily which led to a ban of the chemical. Since the ban of DDT and other chemical pesticides, listing the Peregrine Falcon on the Endangered Species List and a wide-spread project of hand rearing chicks and releasing them back into the wild, they have made a huge recovery and have since been removed from the list. Indeed, they’re now one of the most well studied birds with over 2,000 scientific papers dedicated to them.

Habitat In the City

Because of their broad range, they can be found everywhere from the arctic to tropical forests, wetlands, deserts and islands, from sea level up to the mountains. In a natural setting, Peregrine Falcons nest on a cliff ledge, making a shallow depression, or scrape on bare ground for their eggs. However, just like the Swifts and Nighthawks, they have found that buildings serve just as well as natural elements and have been found nesting on various buildings and bridges throughout the world. Today you can find them in  many cities including Seattle, London, Portland, Bowling Green, Duluth, Appleton, Charlotte, Jackson, New York, San Jose, Salt Lake City, Jersey City and more throughout the world. However, living in the city has its own set of perils and when a chick tries to fly before they’re ready in the city, the results can be fatal. Thanks to their popularity and constant monitoring and followings, life is a little less perilous for chicks and they are often rescued as can be seen in Reading, Worcester, Jersey City, Bath, San Francisco and Portland.

They are territorial and territory size is determined by the abundance of prey. It’s their favorite prey, the pigeon, that endears the Peregrine to many people. In addition to pigeons they will also prey on other birds including songbirds and even small geese, some small mammals including bats, and rarely reptiles and amphibians. They will also very occasionally prey on insects and fish. The variety of birds they prey on is beginning to be understood even further and scientists are finding the range includes birds that aren’t regularly found in cities. Another benefit to city dwelling Peregrine Falcons is that they’ve learned the advantages of street lighting to catch night migrating birds and bats, a behavior that has been recorded in European cities as well as New York and Hong Kong.

The City as Habitat

Today much conservation and management of Peregrine Falcons is focused in the city by placing nest boxes or platforms on buildings. A popular myth is that the Peregrines were introduced to cities, but in fact they found the artificial cliffs and abundant pigeons extremely accommodating and moved in on their own. The Peregrine Falcon, Common Nighthawk and Swift show us that the city is a habitat, one that replicates conditions where these three birds would naturally inhabit. Jeremy T. Lundholm recognizes this concept in his paper titled Green Roofs and Facades: A Habitat Template Approach: “…many urban habitats, while lacking historical continuity with the habitats they replaced, may be (as far as some species are concerned) functionally equivalent to other kinds of natural habitats.” In discussing the idea of his Urban Cliff Hypothesis he states, “The widespread creation of hard-surfaced environments and their colonization by species adapted to rocky habitats suggests that urban development is not simply a process of habitat destruction but one of replacement of original habitats by ones that may be functionally and structurally analogous to rock outcrop habitats.”

When we start thinking about the urban environment in this way, as a new habitat, instead of the habitat it replaced, it opens a whole world of possibilities.

News Urban biodiversity beyond the grave:: This story from the BBC features a look at a documentary by a student titled Beyond the Grave. The film aims to show the importance of cemeteries as habitat in urban areas. Included in the story 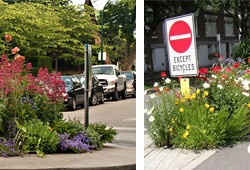 (Photo from Gardens from the Green Streets Program) The City of Vancouver, in British Columbia, has a successful Green Streets program where residents adopt a corner bulge or traffic circle. The gardener then designs, plants and maintains their adopted garden for