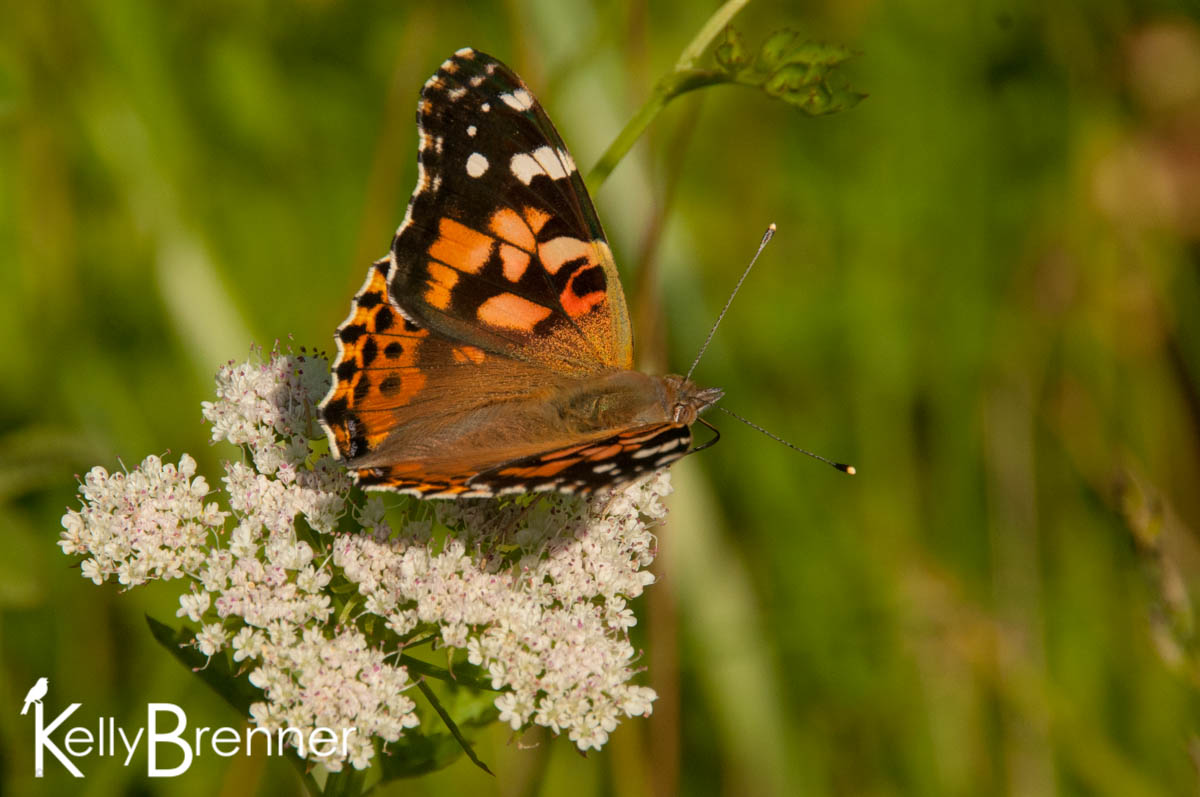 The Painted Lady (Vanessa cardui) butterfly is a very interesting species. While it can be very common in some years, in others it may not be seen at all or only on rare occasions. This is because they occasionally have populations irruptions, spreading outwards over several generations. Any single individual will only migrate a few hundred miles. These irruptions have been noted in the US as well as Europe. Because of the irruptions, they can be found, depending on the year, throughout most of North America. In fact the Painted Lady is one species found throughout much of the world, on all continents except Antarctica and Australia. They have even been found far out to sea.

This wide distribution has made them a species long familiar to science including the noted naturalist, Charles duBois, who illustrated it and knew it as Painted Lady. It was also included in Buffon’s Histoire naturelle. It was also called the Thistle Butterfly, after the scientific name cardui which means ‘of the thistle’. Early scientists were not aware that butterflies migrated and came up with many theories to explain the irruptions and large fluctuation in their numbers. One such theory was that they had a particular preference to certain weather, the ideal conditions of which may only be achieved every few years. Despite the lack of migratory understanding, scientists in the early 1800’s recognized it as a species occurring in many parts of the world.

In the Pacific Northwest, during non-irruption years they migrate one-way from California and Mexico and can be found July through October. They don’t stop to feed or mate during migration and are so eager to arrive they often go over obstacles instead of taking the time to go around them. Because of these unpredictable irruptions, their population numbers are very irregular year-to-year. Butterflies through Binoculars calls the Painted Lady “the most cosmopolitan butterfly in the world”. To make sightings even more uncertain, they are among the species bred commercially for butterfly releases at weddings and other occasions. They are also a popular species to be raised by classrooms.

There are several closely related species, the West Coast Lady is very similar to the Painted Lady in appearance, but has a range of only the western US. Also similar is the American Lady, which has a more southern US range, and the Red Admiral, which also has a wide range, but is more black/brown in color than the other three.

The Painted Lady is a medium sized butterfly with strikingly different wing patterns and colors on either side of their wings. The top is orange, black/brown and wide in a bold pattern, while the underside is mostly all browns with a slim section of orange. They can be found in most open, and disturbed habitats which makes them a good urban species. They can often be found basking on bare ground and visiting vacant lots, gardens and wetlands or other wet sites.

During mating season, males in the western US will perch on shrubs on the tops of hills while in the eastern US they will perch right on bare ground. Green eggs are laid on the tops of leaves singly and when the caterpillars emerge they weave silk nets which they live in eating leaves. There are usually two broods every year.

Caterpillars are brown with yellow stripes and spines with gray hairs, but change in appearance during each instar. Like the adults, the young are also found in open habitats. They have a wide range of food plants as caterpillars, but their most common is thistle (Cirsium). They have one of the most varied diets among butterflies in North America, along with the Gray Hairstreak. There is a long list of native and introduced plants that will be used as host plants, over 100 have been recorded. The preferred nectar plant of the Painted Lady are composite flowers which grow between 3-6′ tall.