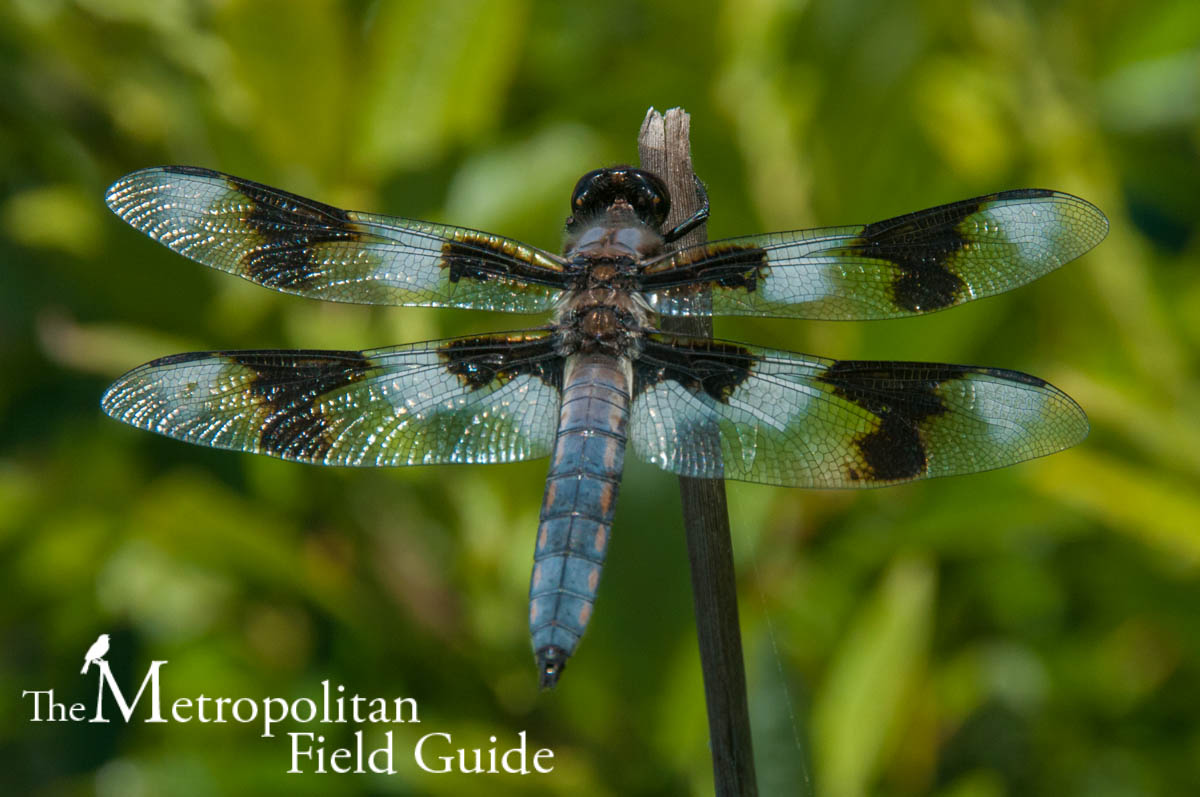 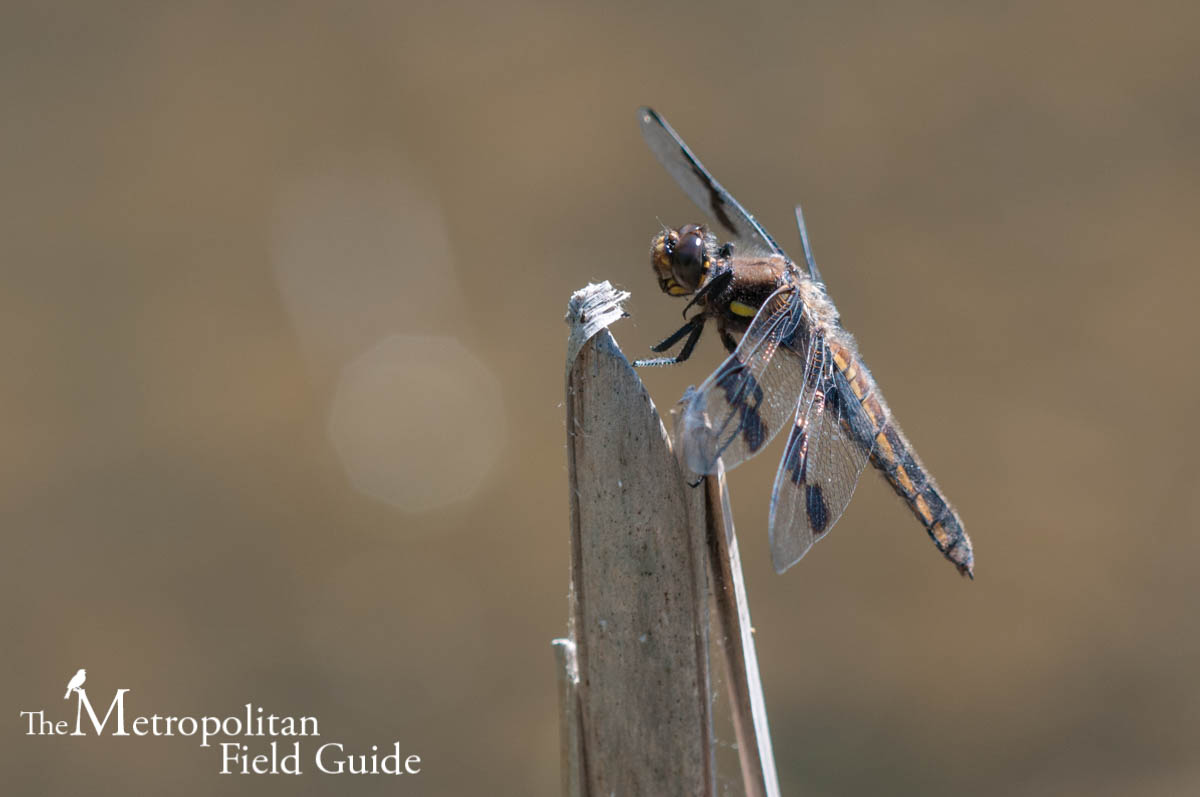 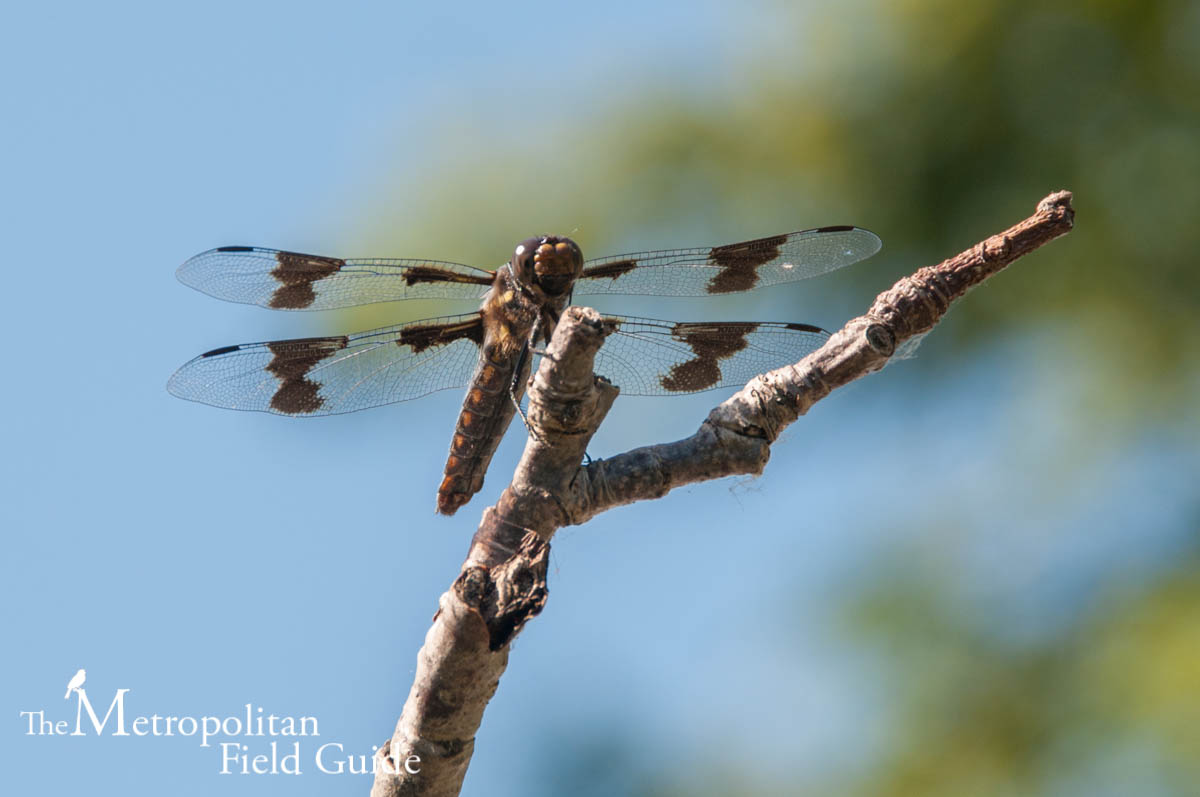 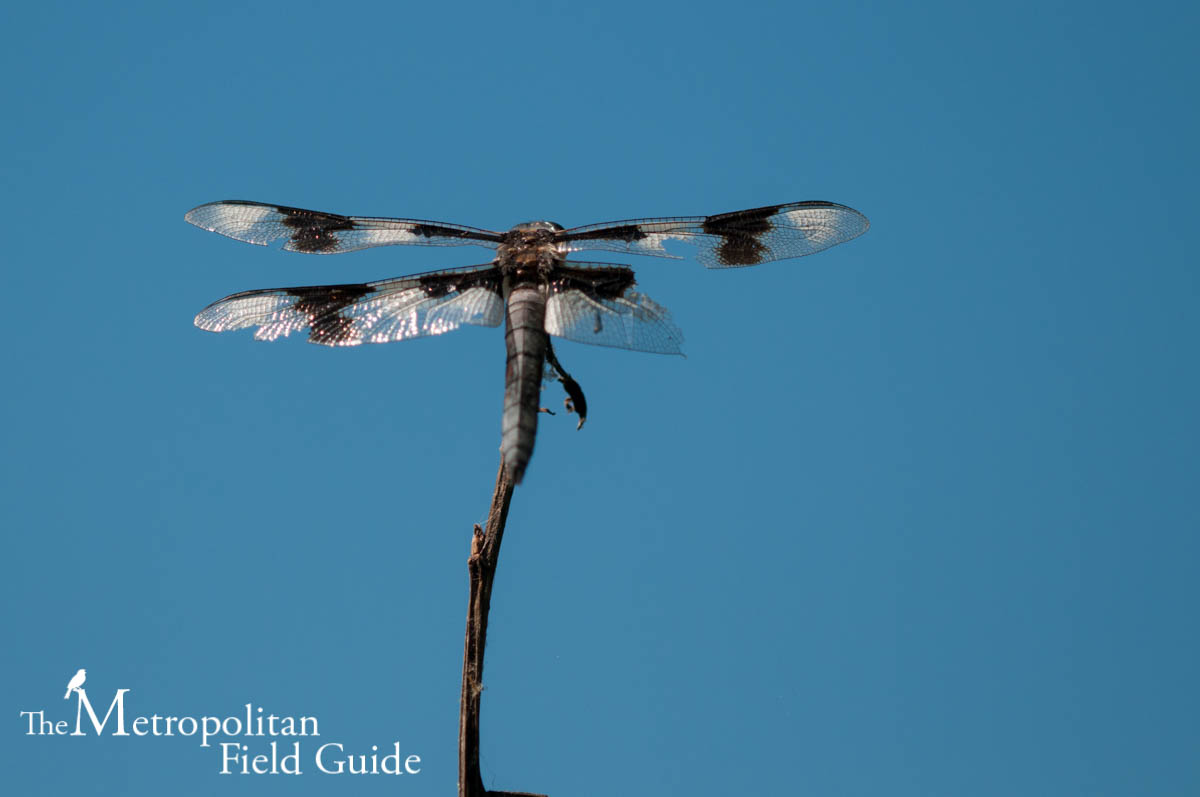 The Eight-spotted Skimmer is a common urban dragonfly that can be found in many parks, wetlands and other landscapes with water. Their range includes the Pacific Northwest, northern California and east to the Rockies. The Skimmer family is the largest odonate family and also among the dragonflies most likely to be seen. They are further categorized among the Skimmer family as King Skimmers, a group which includes some of the most familiar species due to their large size and often conspicuous wing markings. They are considered perchers instead of fliers because they hawk prey much in the way flycatchers do as opposed to swallows. Members of this branch of Skimmers are interesting because unlike many other species of dragonflies, the King Skimmers point their abdomen down in the hot sun instead of pointing it upwards towards the sun, a practice called obelisking.

The Eight-spotted Skimmer is so called because each of their four wings contains large black markings, which alternate with clear and white markings. The males have dark faces and thoraxes, but their abdomens are white or light blue and powdery, a trait commonly known as pruinosity. The females have the same wing markings, but their faces are yellow/brown with brown eyes and their bodies are also brown with yellow markings along the sides of their abdomens.

In the Pacific Northwest they will fly from April to October and can be found in and around ponds, lakes, marshes or slow moving streams in low elevations. It prefers water with a vegetated edge.

The males perch on top of branches, twigs or plant stems along shores making them easy to study as well as photograph. They also much of their time flying and although they don’t defend a specific territory, they will aggressively chase other dragonflies which are similar in size, particularly the very similar Twelve-spotted Skimmer. The insects they prey on include mosquitoes, termites, butterflies, mayflies and other flying insects. They will mate in the air and the females proceed to lay their eggs in the water either in a single location or many.

The nymphs spend their time underwater breathing through gills where they hunt for prey such as aquatic insects, tadpoles and even small fish. Their mouthparts as a nymph are completely different from those they’ll have as adults and contain a set of pinchers attached to a plate which shoots out at prey which is then grabbed by the pinchers and pulled back to the mouthparts.

The Eight-spotted Skimmer is one of the more likely visitors to urban habitats with water including backyards and parks. Simply adding a pond to a landscape can attract this and other dragonfly species because they will often range long distances to find sources of water. To make a wildlife pond particularly attractive to dragonflies keep water in it year round without too much fluctuation of levels, include a sunny area, provide mud or sand at the bottom, create a shallow area and avoid the use of chemicals. (Tips from Landscaping for Wildlife in the Pacific Northwest.)

For more about designing for dragonflies read these previous posts: Design for Dragonflies and Rain Gardens and Wildlife Ponds.