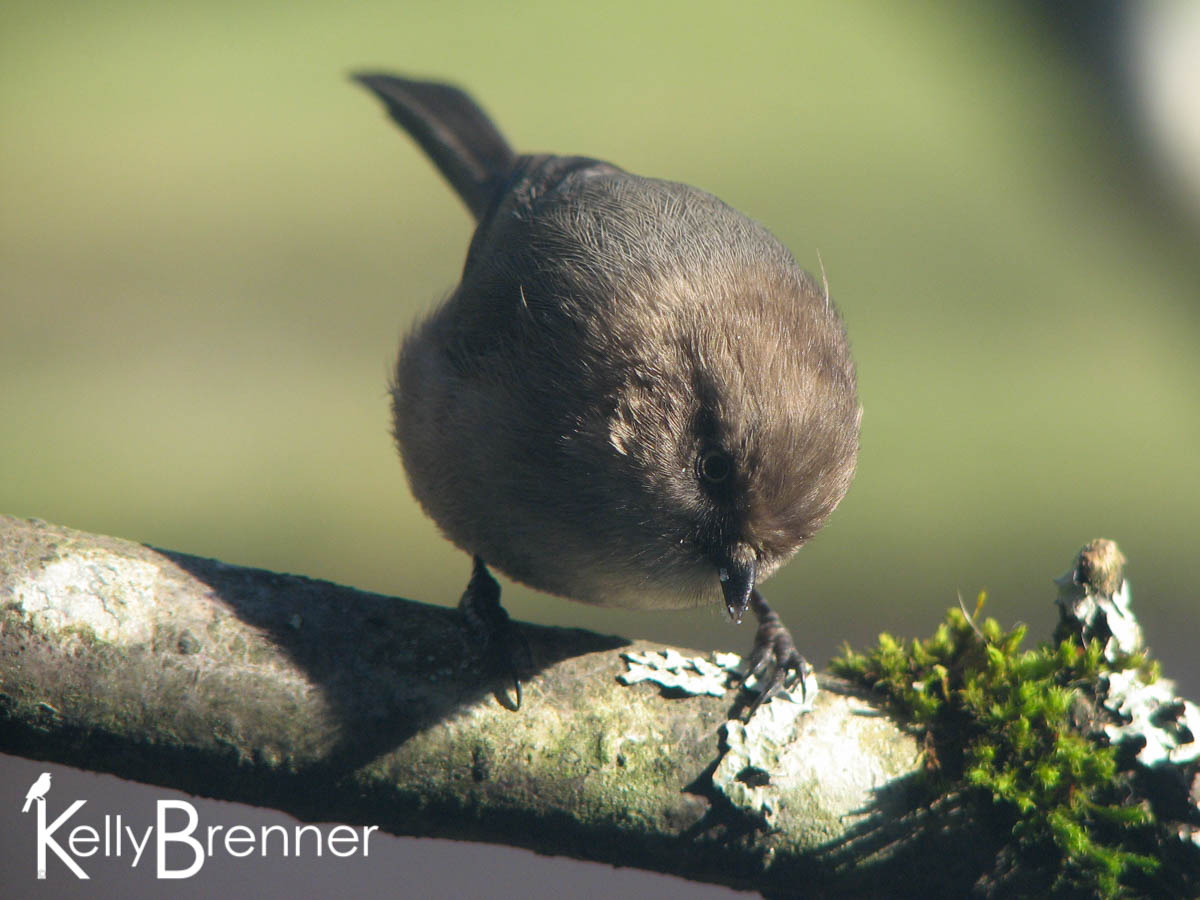 The tiny Bushtit (Psaltriparus minimus) is the lone representative of its family, Aegithalidae, in the New World. The Long-tailed Tit is likewise, the only member of the family in Europe, although it is not confined to Europe and ranges into Asia where the rest of the species in the family live. While the descriptions about this little bird list their habitat as woodlands and forests among others, the majority of sources neglect to mention their abundance in the urban habitat. A familiar backyard bird, I often see flocks of them in my city neighborhood year-round and have rarely lived anywhere I did not see them often. During the breeding season they can be found in pairs or small, family groups and are tireless nest builders. It’s during the rest of they year that they’re most visible however, roving through their territory in large flocks between 10-40 individuals, constantly communicating verbally as they go. They’re not very territorial and have loose boundaries, even while breeding. Other species such as kinglets, chickadees, nuthatches and others can even be found joining Bushtit flocks.

They are tiny, only about 3 inches, grey and have long tails. The males and females are easy to distinguish because the males eyes are all black while the females iris is light colored.

They are mostly insect eaters and can be seen frequenting trees or shrubs while gleaning insects from branches and leaves. They eat a large amount of aphids and scale insects as well as other insect in all life-cycle stages, and occasionally some fruits and seeds. While they forage they can be seen hanging upside down, sometimes by a single foot. They are often attracted when water sources can be found where they can drink and bathe. At night they will roost in dense branches of trees or shrubs.

They build long, gourd-shaped nests in most dense shrubs or trees about 8′ or higher off the ground. Use a variety of materials in their nests including mosses, spiderwebs and other vegetative materials and even fur and feathers for the interior. It’s the spider webs that attach the nest to the branch and they’ll accumulate spider webs until enough has been collected to begin the nest. Pairs will often return to the same nest site to build a new nest and in fact, I had nests built two years in a row in a hedge in almost the same exact location.

The best design features to attract Bushtits are plantings of dense cover, either trees and/or shrubs as well as water sources such as bird baths.