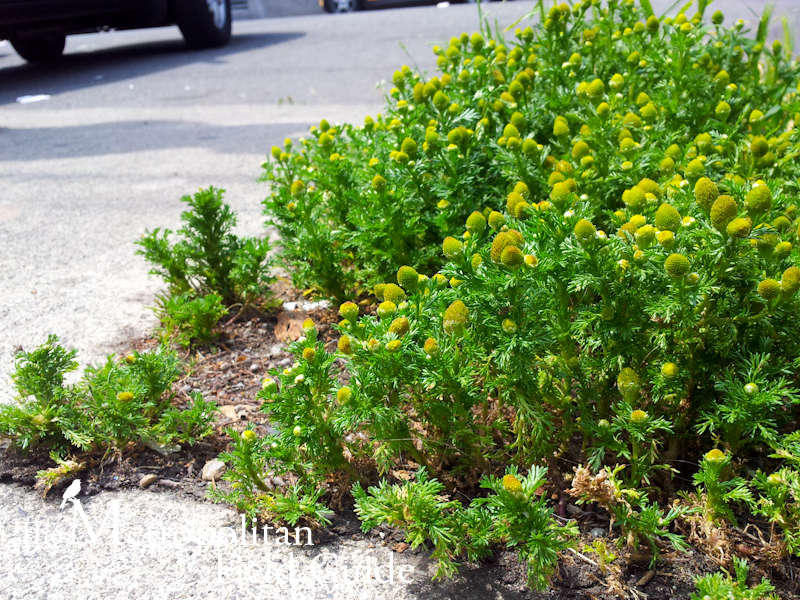 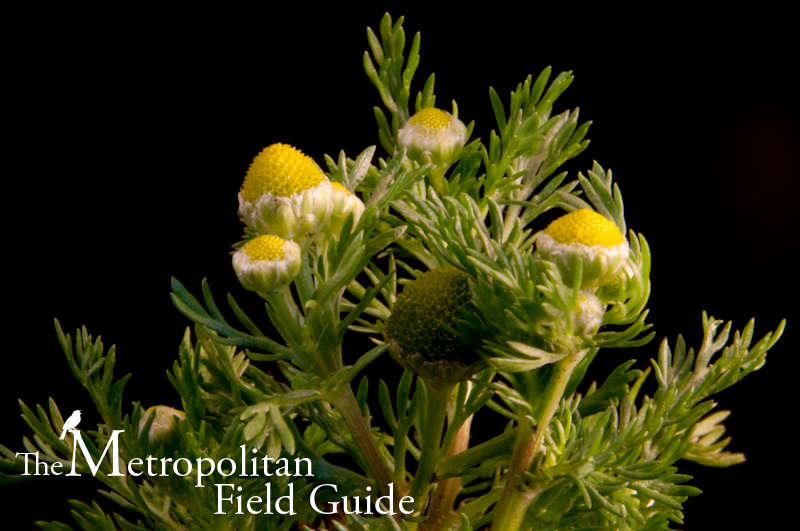 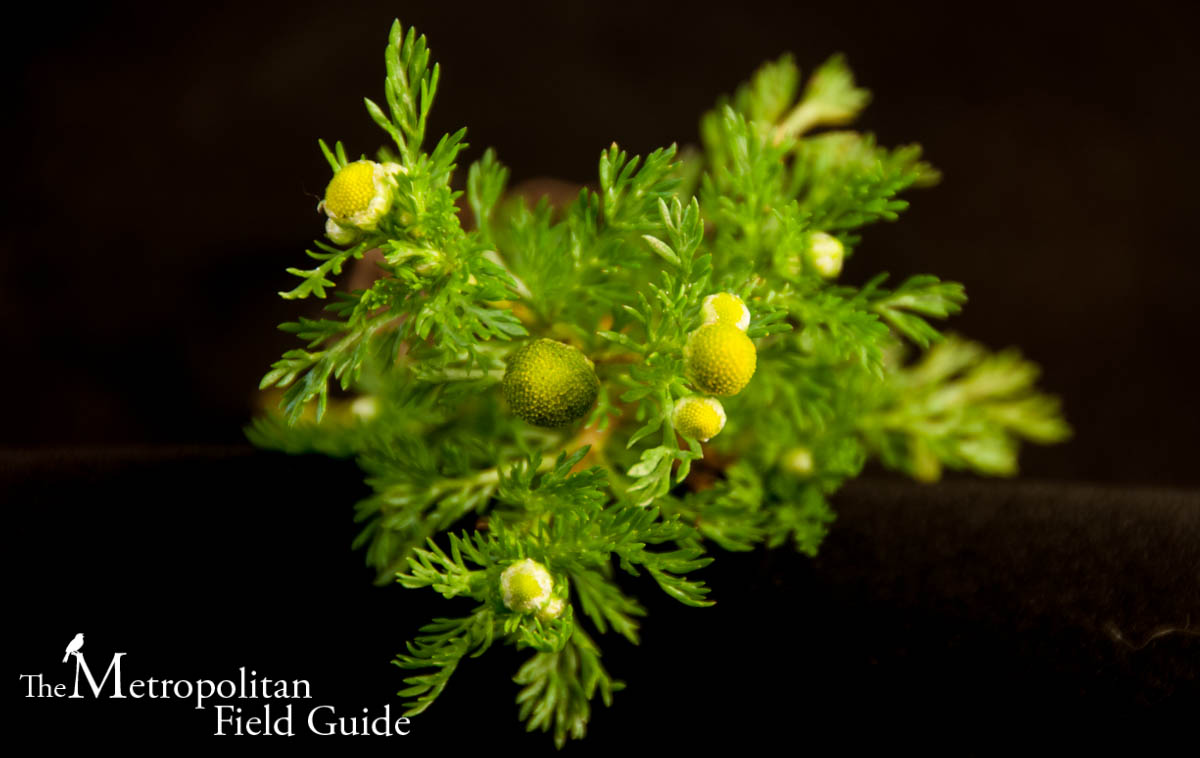 The Virtuous Weed is a new feature on The Metropolitan Field Guide inspired by The Weeds in My Street on the Cryptoforestry blog. The definition of weed is a highly complicated and controversial affair as Richard Mabey discusses in his fascinating book, Weeds: In Defense of Nature’s Most Unloved Plants. Are they simply plants in the wrong place or defined as such for another reason; because they’re invasive, or toxic or disturbing agriculture, or because we disapprove of their behavior? Weeds often spark many debates on forums and blogs among various groups. What is behind all of this? I intend to get down to the basics of each plant I feature, where it came from, how it grows, why it’s disliked and what benefits it may offer. The Virtuous Weed borrows its name from a quote by Ralph Waldo Emerson, only one sentence of which is well known, but an interesting quote overall from Fortune of the republic:

Our modern wealth stands on a few staples, and the interest nations took in our war was exasperated by the importance of the cotton trade. And what is cotton ? One plant out of some two hundred thousand known to the botanist, vastly the larger part of which are reckoned weeds. And what is a weed ? A plant whose virtues have not yet been discovered, every one of the two hundred thousand probably yet to be of utility in the arts. As Bacchus of the vine, Ceres of the wheat, as Arkwright and Whitney were the
demi-gods of cotton so prolific time will yet bring an inventor to every plant. There is not a property in nature but a mind is born to seek and find it. For it is not the plants
or the animals, innumerable as they are, nor the whole magazine of material nature that can give the sum of power, but the infinite applicability of these things in the hands of thinking man every new application being equivalent to a new material.

I know many weeds are despised, and I’m sure I’ll find some plants with less virtues than others, but hopefully each plant will have some virtue even if it is small. Please join me on this journey in discovering something new about something very common.

Pineapple Weed (Matricaria matricarioides, M. discoidea, or  Chamomilla sauveolens) is an annual commonly found in urban settings. When other weeds get smashed down by foot traffic, cars and bikes, Pineapple Weeds stoically grows on, yellow flowers defiantly standing tall. It grows out of cracks in the sidewalk, along and in pathways through parks and along streets so urban almost nothing else grows willingly. This plant can be found all over the country and in a variety of habitats from parking lots to roadsides to vacant lots. It grows where soils have been compacted, disturbed and generally abused. Even where nitrogen is very high in the soil, this is one of the few plants that will grow. It just needs to find an open, sunny space to sprout up, which poses the question, before humans came along and mistreated the soil, created roads and sidewalks, where did Pineapple Weed grow? How did it manage without us?

Adding to the aura of this little plant’s toughness, it is resistant to some pesticides including triazine herbicides and will even withstand mowing.

Pineapple Weed grows from the spring through the summer, and even now, after a warm, dry summer I’m still seeing it at the end of October. Occasionally a plant may survive the winter, perhaps the ones I see now will be among those rarities.

The name comes from the scent the plant gives off when crushed. Plants grow in various heights from 2″ up to 10″. The stems are hairless with lacy, deeply pinnate leaves up to 2″ long, which have usually withered by the time the flowers bloom. The flowers are conical and are greenish yellow in color. They are simply egg-shaped disks and lack any ray flowers (petals) which are clustered together. It’s related to chamomile and is similar in appearance minus the white petals and is sometimes referred to as ‘wild chamomile’.

The seed is called an achene, or single-seeded fruit. Once mature, the flower shatters and the seeds fall off the plant near the parent to start the next generation unless scattered by animal fur, trampling feet or agriculture machines.

When I set out to pick a first plant, I chose Pineapple Weed because I had a vague idea what it was. Imagine my surprise when I discovered the first plant I chose for this series was one native to the Pacific Northwest and northeast Asia. It can count itself among the plants collected by the Lewis and Clark expedition. Sauer theorizes in his book Plant Migration: The Dynamics of Geographic Patterning in Seed Plant Species that it may have arrived in the Pacific Northwest via Siberia with the ancient peoples. It has now spread to most of the rest of the United States and even found its way into Europe. It was introduced to a garden in Berlin in the middle part of the century as well as Kew Gardens where it escaped a short time later making its way into much of Europe.

For wildlife, Dark-eyed Juncos and Lesser Goldfinches have both been observed foraging on the seeds and flower flies are attracted to the flowers.

Humans can also make use of this plant as a tea, where it reportedly has the subtle taste of pineapple, but also similar to chamomile tea. It can be used to settle a stomach or aid in digestive problems such as heartburn and gas. A salve made out of it is used to soothe insect bites, sunburns or other skin irritations. For a nice soak in the tub, the plant can be added to the hot water.  Native Americans also used it as a scent in pillows or also as a tea and as a perfume and insect repellent. They also dried plants to preserve meat and berries and line baby cradles.

The first weed for this column turned out to be quite an interesting choice with plenty of benefits for humans and wildlife and a surprise native. Hopefully I’ll continue to learn a lot about these plants that inhabit the urban world. Stay tuned for the next Virtuous Weed.

Why We Must Learn to Love Weeds:: WSJ

News Bringing natural life into buildings:: Eco-architect Dr Ken Yeang's attempts to introduce more nature into architecture are highlighted in this article. “Many buildings have been ‘de-natured’. Human beings have simplified and fragmented nature.” Loft ambitions: why green roofs are the future of 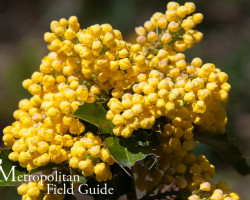 This was originally posted on Native Plants & Wildlife Gardens. Here in Seattle we had a very long and very dry summer. It seemed that fall would never arrive as we enjoyed 70 degree days into October. However, the seasons will not