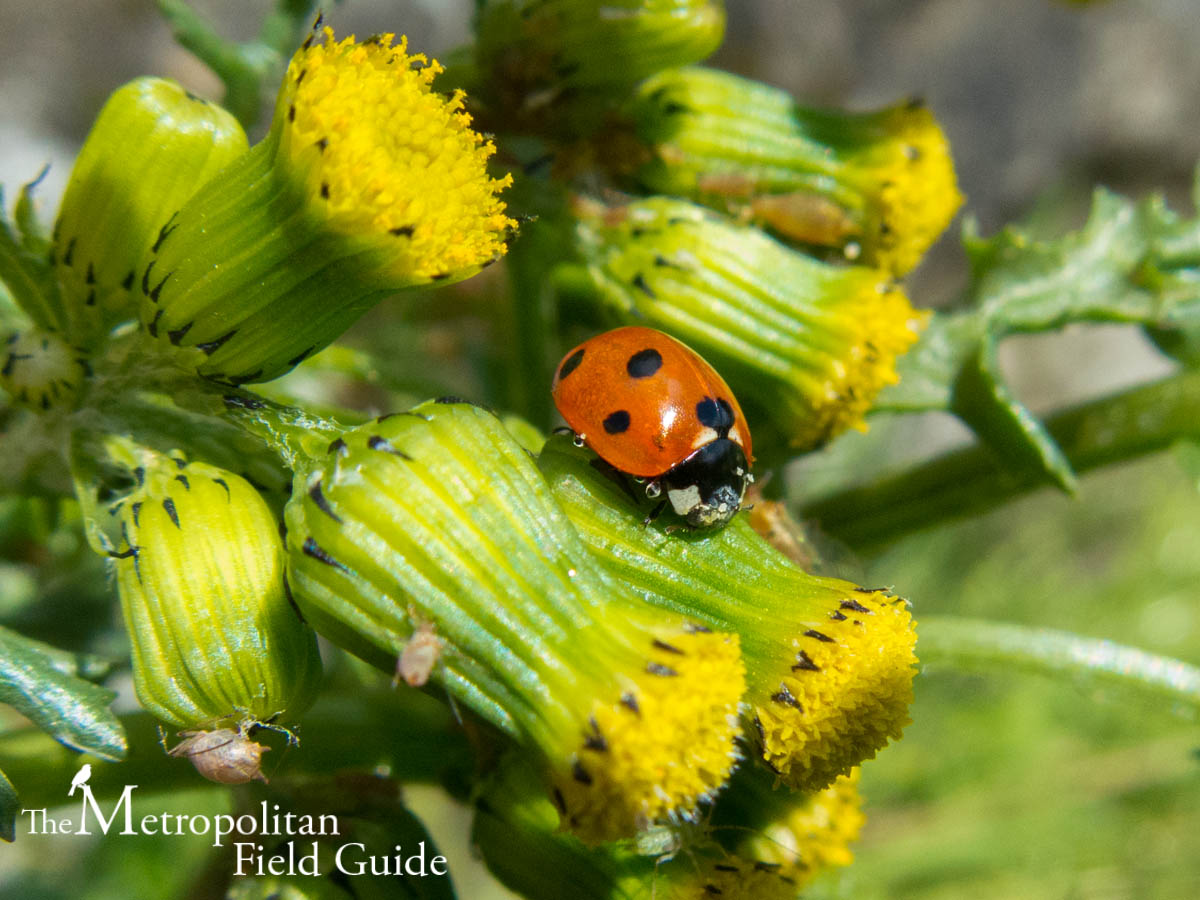 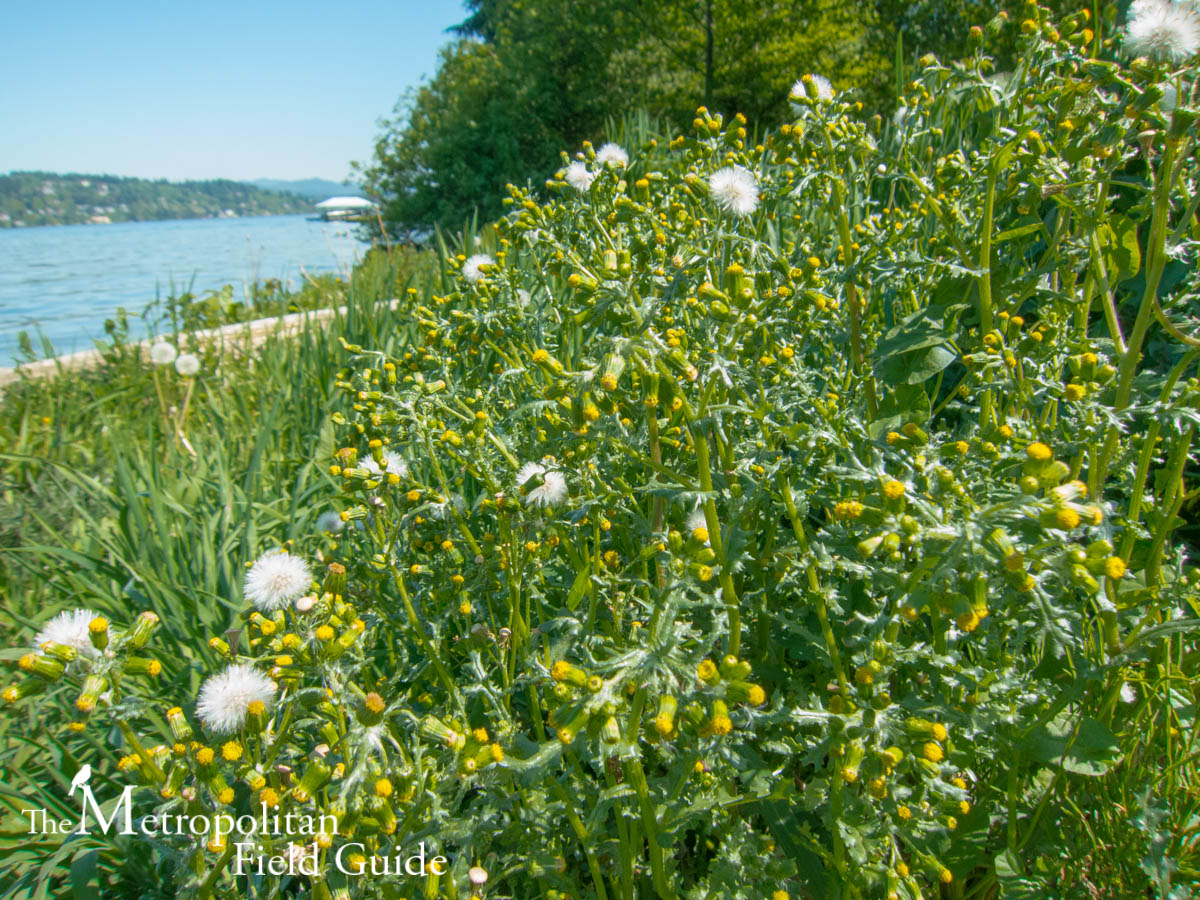 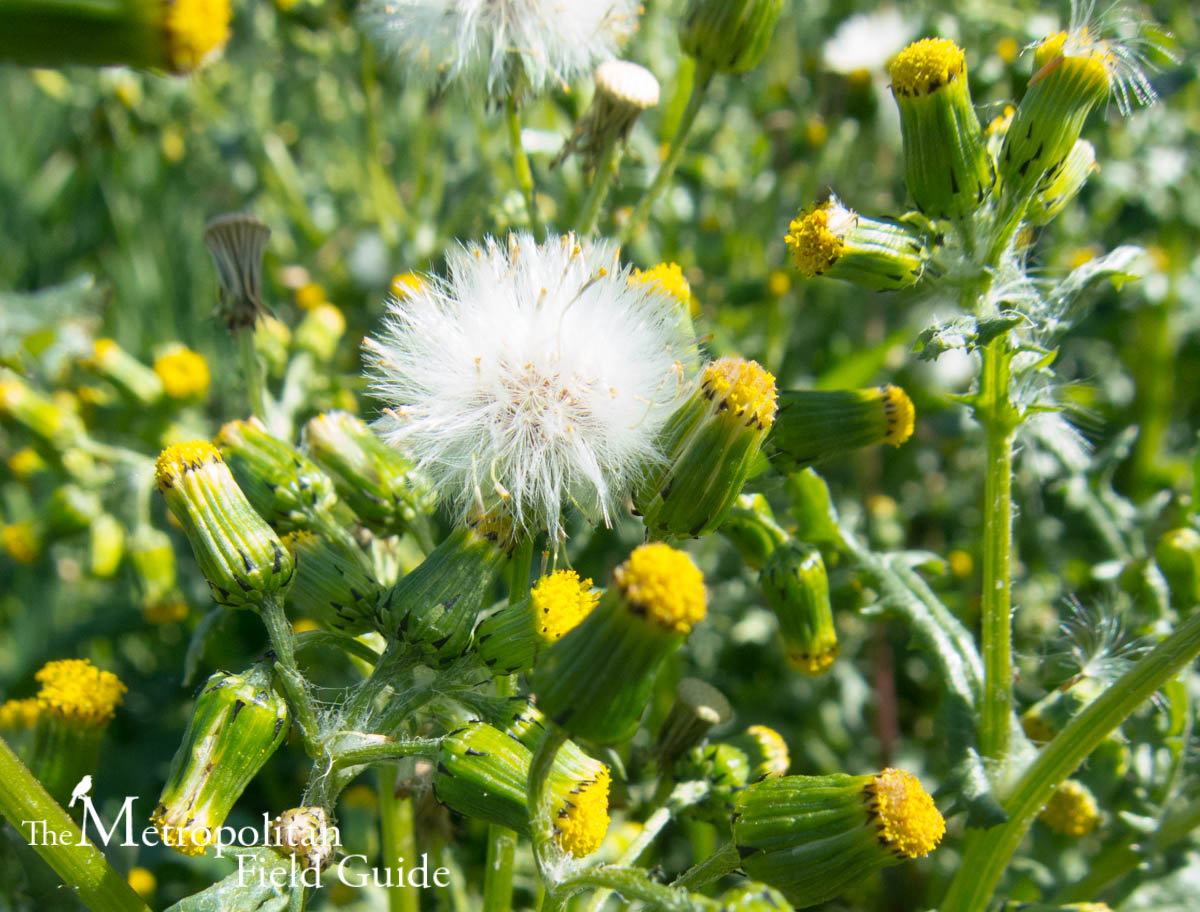 The Virtuous Weed is a new feature on The Metropolitan Field Guide inspired by The Weeds in My Street on the Cryptoforestry blog. The definition of weed is a highly complicated and controversial affair as Richard Mabey discusses in his fascinating book, Weeds: In Defense of Nature’s Most Unloved Plants. Are they simply plants in the wrong place or defined as such for another reason; because they’re invasive, or toxic or disturbing agriculture, or because we disapprove of their behavior? Weeds often spark many debates on forums and blogs among various groups. What is behind all of this? I intend to get down to the basics of each plant I feature, where it came from, how it grows, why it’s disliked and what benefits it may offer. The Virtuous Weed borrows its name from a quote by Ralph Waldo Emerson, only one sentence of which is well known, but an interesting quote overall from Fortune of the republic:

Our modern wealth stands on a few staples, and the interest nations took in our war was exasperated by the importance of the cotton trade. And what is cotton ? One plant out of some two hundred thousand known to the botanist, vastly the larger part of which are reckoned weeds. And what is a weed ? A plant whose virtues have not yet been discovered, every one of the two hundred thousand probably yet to be of utility in the arts. As Bacchus of the vine, Ceres of the wheat, as Arkwright and Whitney were the demi-gods of cotton so prolific time will yet bring an inventor to every plant. There is not a property in nature but a mind is born to seek and find it. For it is not the plants or the animals, innumerable as they are, nor the whole magazine of material nature that can give the sum of power, but the infinite applicability of these things in the hands of thinking man every new application being equivalent to a new material.

A common weed throughout North America, native to Eurasia, Common Groundsel (Senecio vulgaris) is very successful due to it’s prolific seeds, as many as 25,000 produced by a single plant. However, despite being an annual, once it goes to seed that’s not necessarily the end of this plant for the year, it can go through three generations in a single year. Just to be on the safe side, it has one further trick up it’s shoots; even if it’s cut down, the flowers will still mature and germinate seeds. All this is important because the seeds are relatively short lived, only being viable for about a year.

It’s most often seen in disturbed landscapes which makes it a common plant in urban settings along roads, in parks and in gardens and yards. It can be found along sidewalks, in flower beds but surprisingly, it’s not often a problem in lawns. It prefers moist soils which makes it particularly troublesome in gardens and crop fields. As a result, this plant is listed in the state of Washington as a class C noxious weed.

It’s in the Asteraceae family which contains other familiar weeds such as dandelion and thistles. Seeds start germinating in the late fall and continue over winter giving it a head start in the spring. This early sprouting means it can out-compete other plants, causing yet another reason to dislike it. It’s not a super weed however and will not grow as well in the shade, producing many fewer flowers, and it tends to die back in the summer heat. In the sun, it can grow up to 2′ tall and flowers appear as soon as 6 weeks.

The leaves are lobed and alternate on the stems. Flowers are yellow, growing in clusters and their identifiable mark are the black tips on the bracts. The seeds resemble those of a dandelion, white rounded puffs, but much smaller.

Flowers are pollinated by insects, specifically Syrphid flies have been reported. In Europe several moth species use Grounsel as a host plant including the Cinnabar Moth (Tyria jacobaeae) and Flame Shoulder Moth (Ochropleura plecta). There are also several beetles and flies which make use of the plant in the U.K. however there has been little reported in North America. The seeds have been reportedly eaten by birds such as sparrows and are commonly fed to pet, caged birds such as canaries.

This is a plant which causes problems for livestock because only a small amount digested for a short period of time can cause liver poisoning. This is due to the toxic properties of this plant which contain four pyrrolizidine alkaloids. You can read more about the effects of this plant on animals by reading Common Groundsel (PDF) by the Pacific Northwest Extension service. However, some mammals, including rabbits have been known to eat it.

There are also little or no medicinal uses for this plant, although it was historically used for a variety of ailments. Today it is not really used, the risk of irreversible liver damage is too great to mess around with this plant.

The best way to manage this weed is to prevent it from flowering by removing it from the ground as soon as they sprout up. Other methods, including biological and mechanical control, are discussed on the UC IPM website.

As a weed, this one has very little redeeming qualities. It has questionable medicinal uses, very little wildlife benefit, it can cause great harm to animals and people and can out-compete other, preferred plants. All-in-all, not a very virtuous weed.

In honor of Be Nice to Nettles Week in the U.K., here is a poster highlighting the benefits of Stinging Nettles. I plan to make more of these posters in the future. For more information about this plant, see Wildlife Plant:: 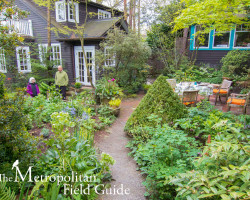 The Urban Garden of Keith Geller

Standing on the sidewalk, looking up a steep slope towards the home of Landscape Architect Keith Geller, you know you're about to enter a special landscape. Over the past 30 years, Geller has transformed a bare, grassy slope into an