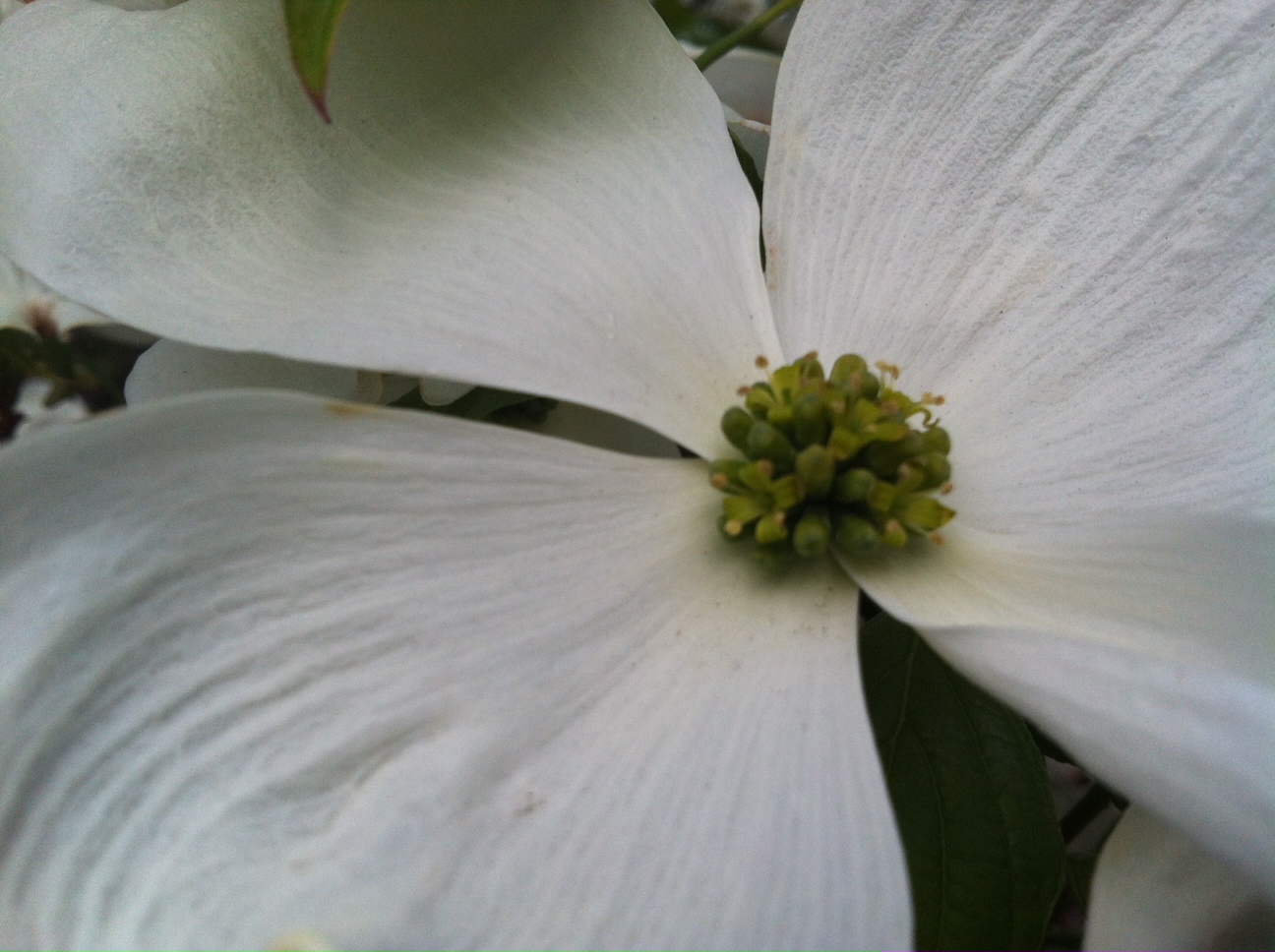 On Being Misunderstood:: Dogwood

Back for another lesson about plant misunderstandings is Georgia Silvera Seamans, author of the very interesting local ecologist blog. Her first ‘On Being Misunderstood’ contribution was about the London Planetree.

When you think of showy flowering trees do you think of the dogwood? Many people do. But dogwood flowers are not showy. They are quite small. The flowers grow as an inflorescence or a cluster of many flowers. Surrounding the inflorescence are large, white – in some cases, pink – “petals” which are actually bracts or modified leaves.

The “most popular landscape” dogwood is the flowering dogwood (Cornus florida), an understory tree native to the eastern U.S. [1]

Flowering dogwood is big-bracted as is the Kousa dogwood (C. kousa), a commonly used landscape tree. The Kousa dogwood is native to wooded areas of Japan, Korea, Taiwan, and China. Big-bracted dogwoods are one of four major taxonomic group in the Cornus genus. The other three are dwarf dogwoods, bractless (blue- or white-fruited) dogwoods, and cornelian cherries. [1, 2] 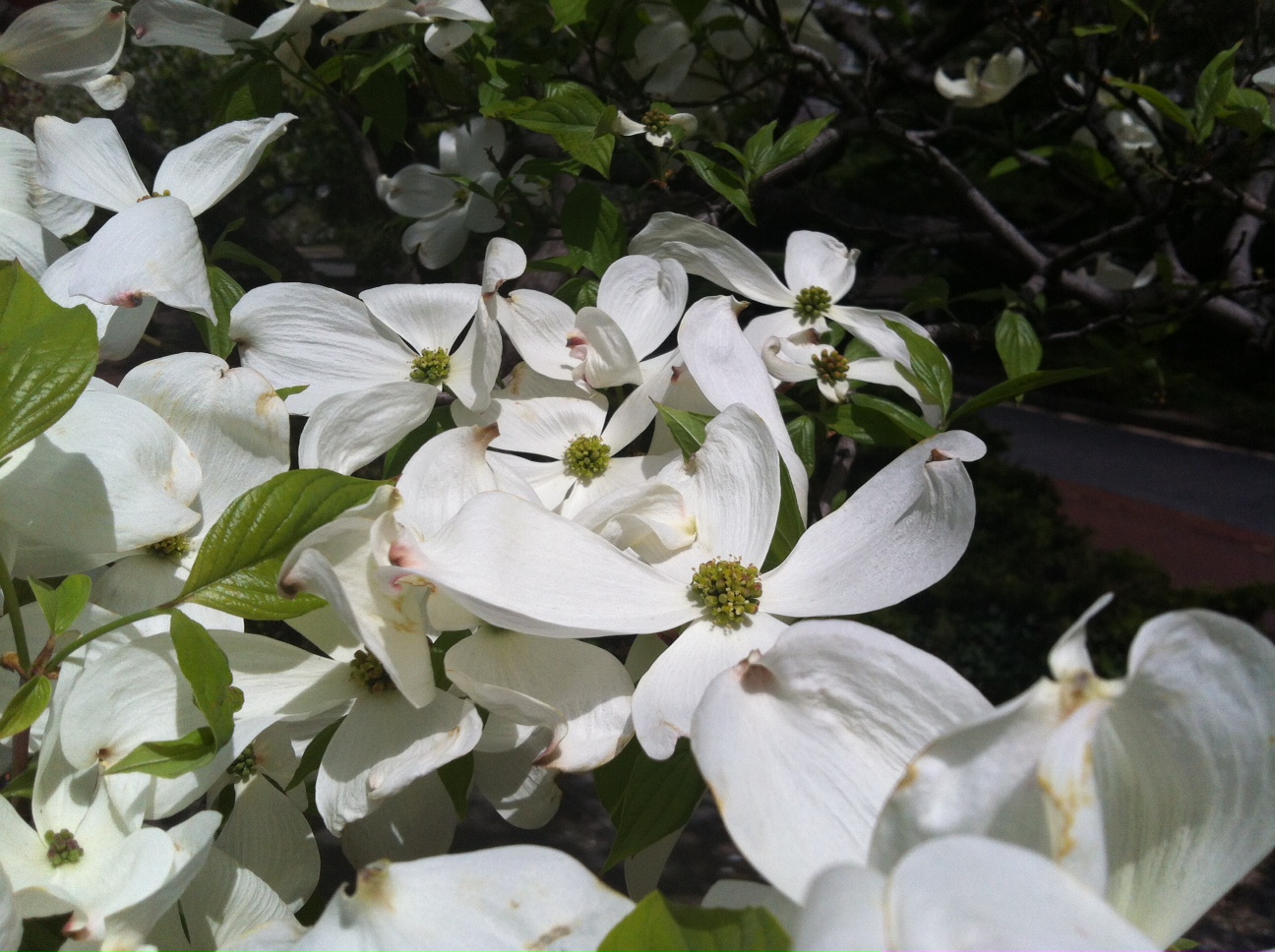 Bracts serve several roles, including attracting pollinators.  It is peculiar that in a genus with inconspicuous flowers only some of the species have compensated with large bracts, while others have smaller bracts or lack them all together.  Evolution might offer an explanation.  I found a paper that studied the evolution of “inflorescence bracts from small and leaf-like to large and petal-like in two clades of Cornus.” [2] Perhaps some of the Cornus species have not successfully transitioned from small to large bracts.

How do small-bracted or bractless dogwoods successfully reproduce without showy bracts?  I did not find information specific to Cornus but a paper on pollinator signaling with flag-like bracts in Lavandula stoechas (French lavender) offers some possibilities. [3] 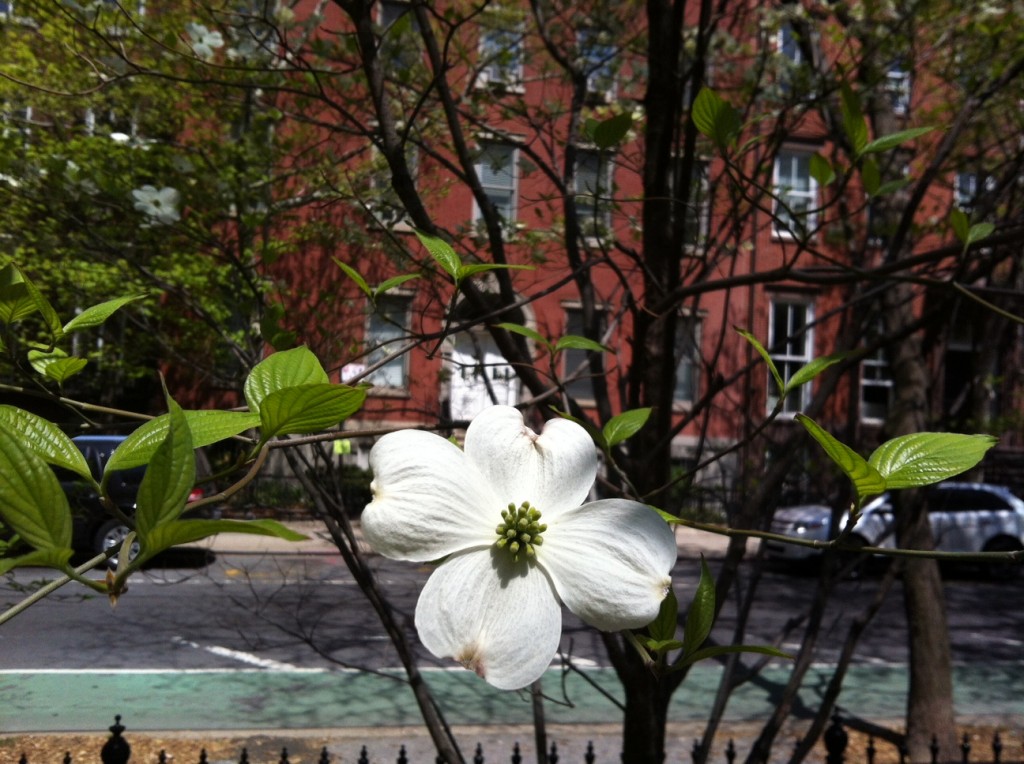 Successful reproduction in small-bracted and bractless species might be due to the following factors: (1) these species grow in high density stands so their mass is an attractant; (2) “experienced” pollinators know the locations of individuals/populations; (3) pollinators flying within a certain range can see the inconspicuous – to human eyes – flowers; and (4) “more efficient” pollinators are attracted to flowers rather than to bracts.

In addition to attracting pollinators, bracts are protective mechanisms.  Bracts protect the buds during the winter [2] and potentially protect the buds and fruit from insect predation.  In a study of carnivory in Passiflora foetida, researchers found that the passionflower’s bracts not only protect the flowers and fruits from predation but the bracts also trap and digest insects! [4] I am having a hard time imagining the dogwood’s bracts trapping and “eating” insects.

Did you know that honeybees do not naturally pollinate dogwoods?  To develop anthracnose-resistant dogwoods, scientists in the University of Tennessee Dogwood Research Group spray dogwoods with pheromones and sugar water to attract honeybees. The dogwoods in the photos appear to be from the big-bracted clades.

I look forward to reading your thoughts on the function of dogwood bracts and how bract-challenged dogwoods deal with reproduction.

[1] Dogwood – Cornus spp.
[2] Genetic Analysis of the Evolution of Petaloid Bracts in Dogwoods!
[3] Honesty of signaling and pollinator attraction: The case of flag-like bracts
[4] Defense and carnivory: Dual role of bracts in Passiflora foetida
[5] Dogwood Pollination
Liked this? Take a second to support Kelly Brenner on Patreon!