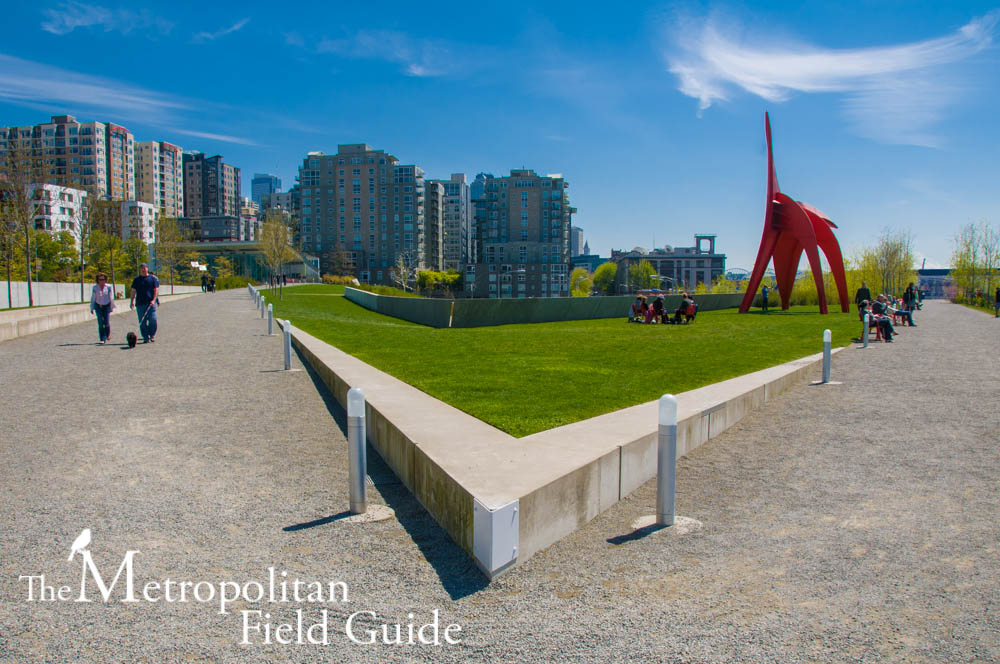 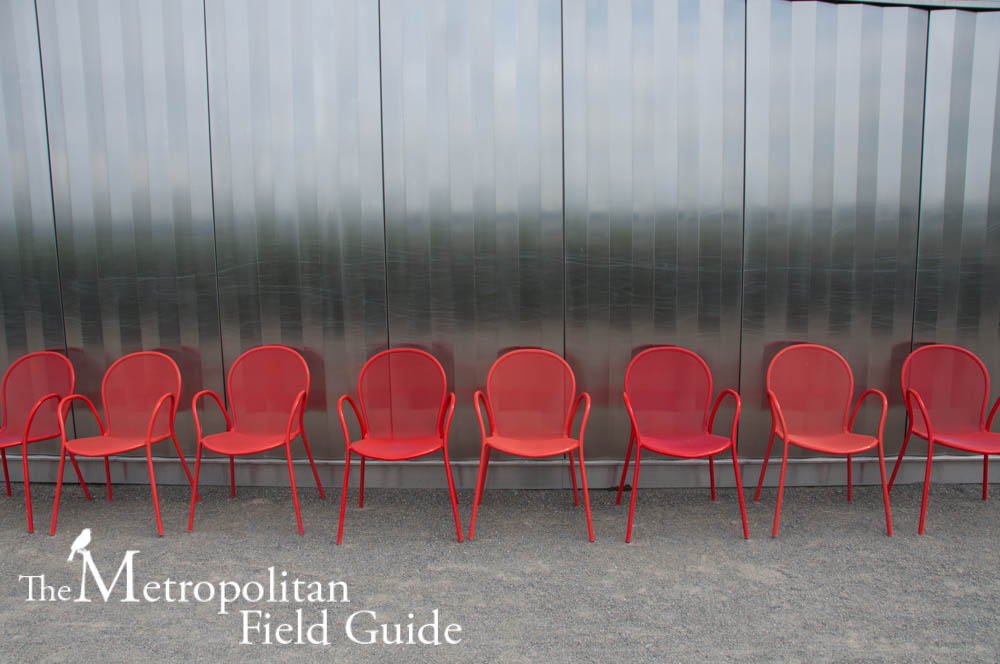 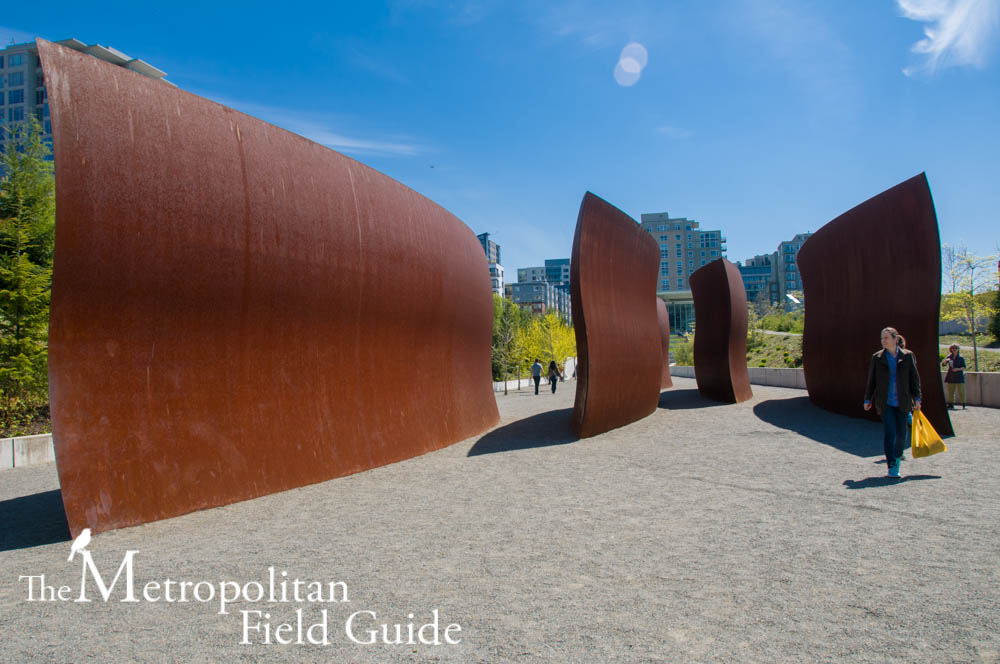 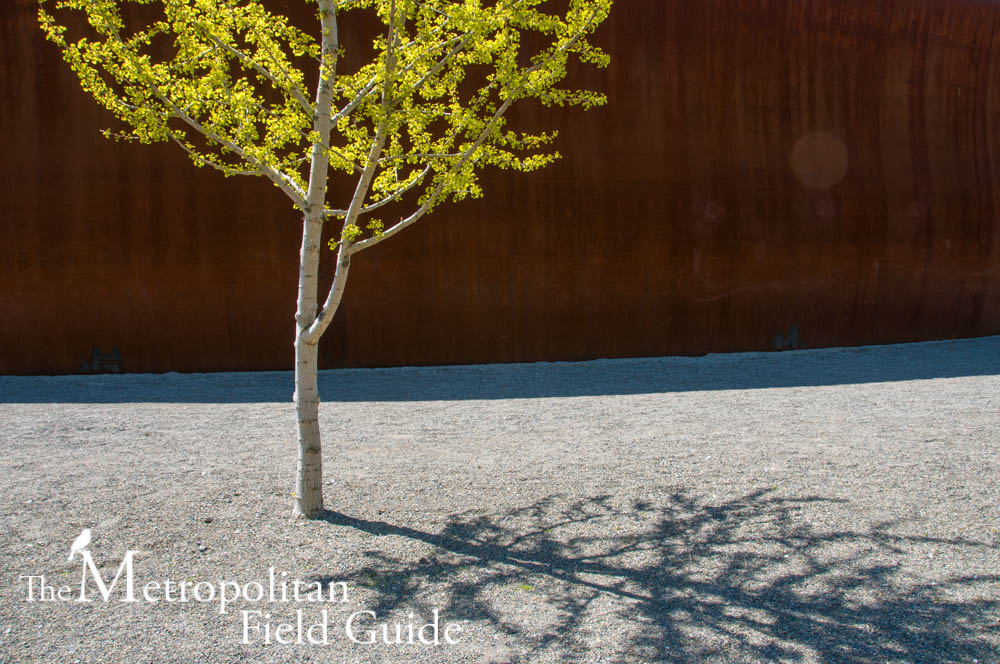 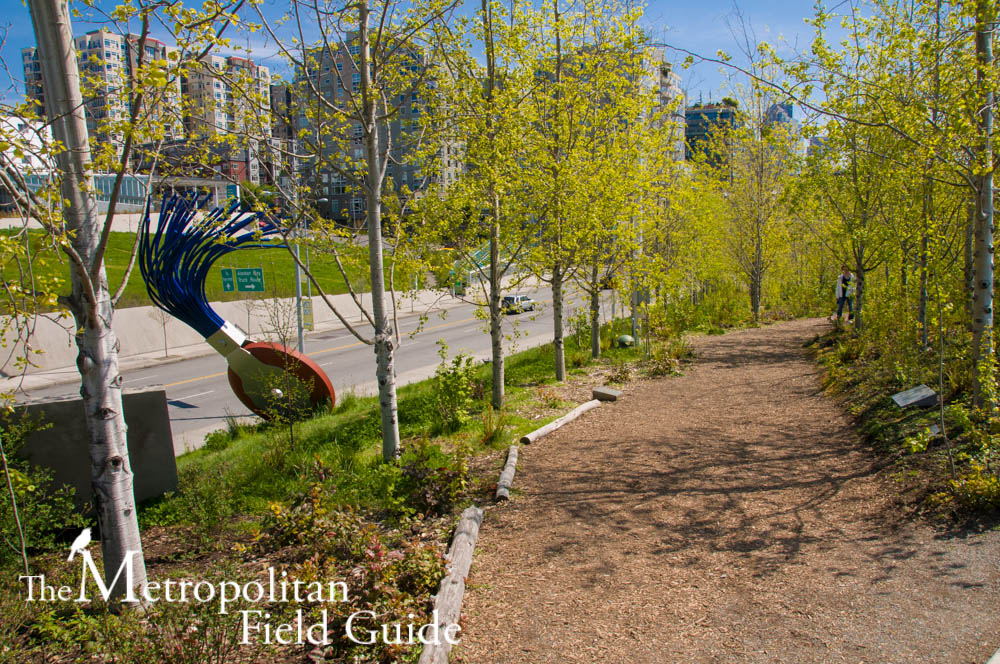 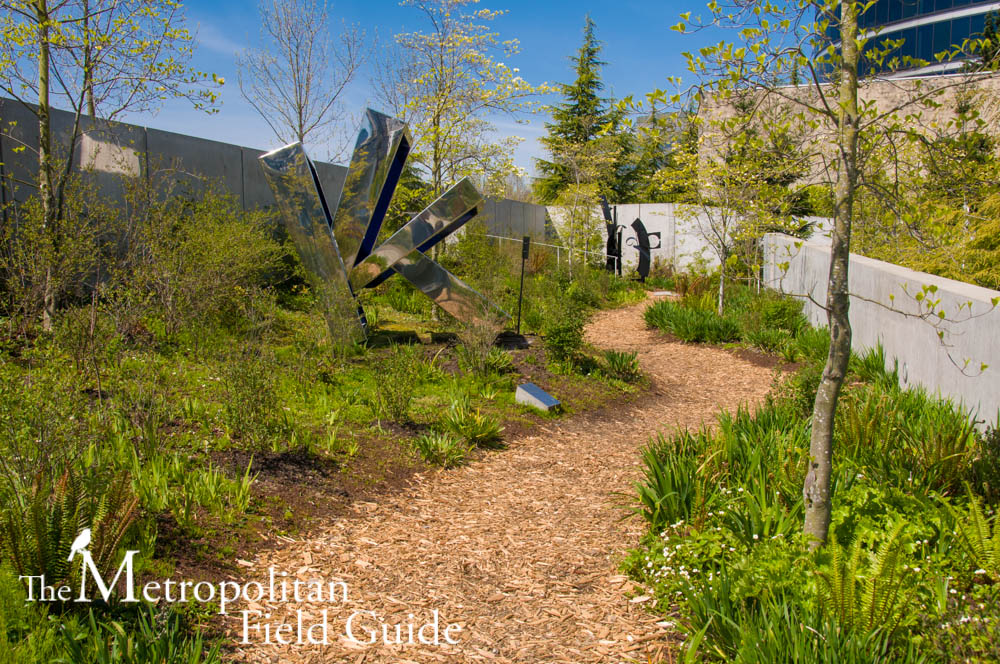 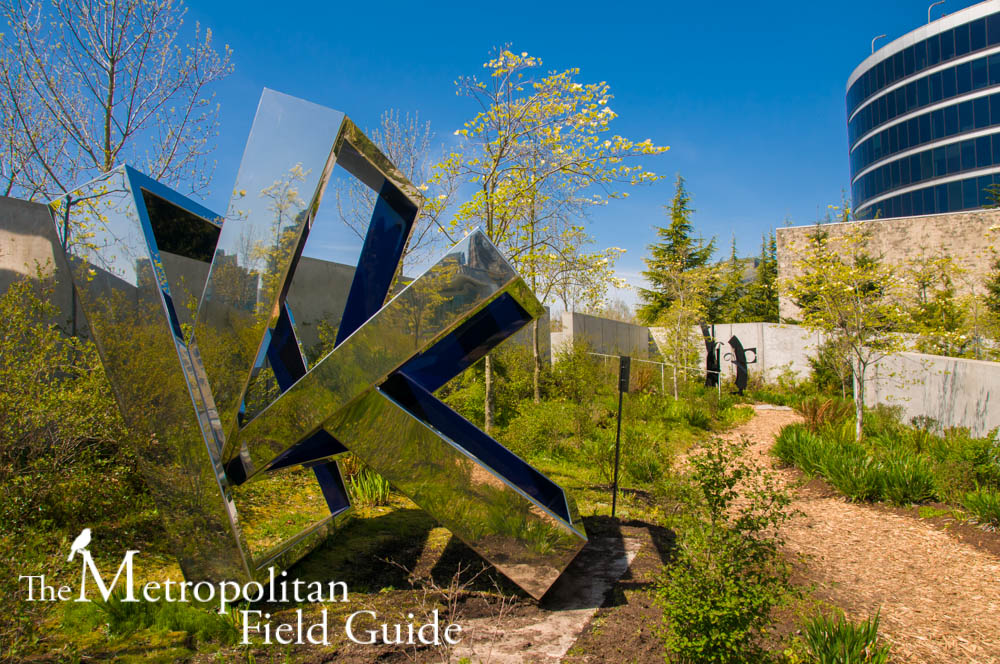 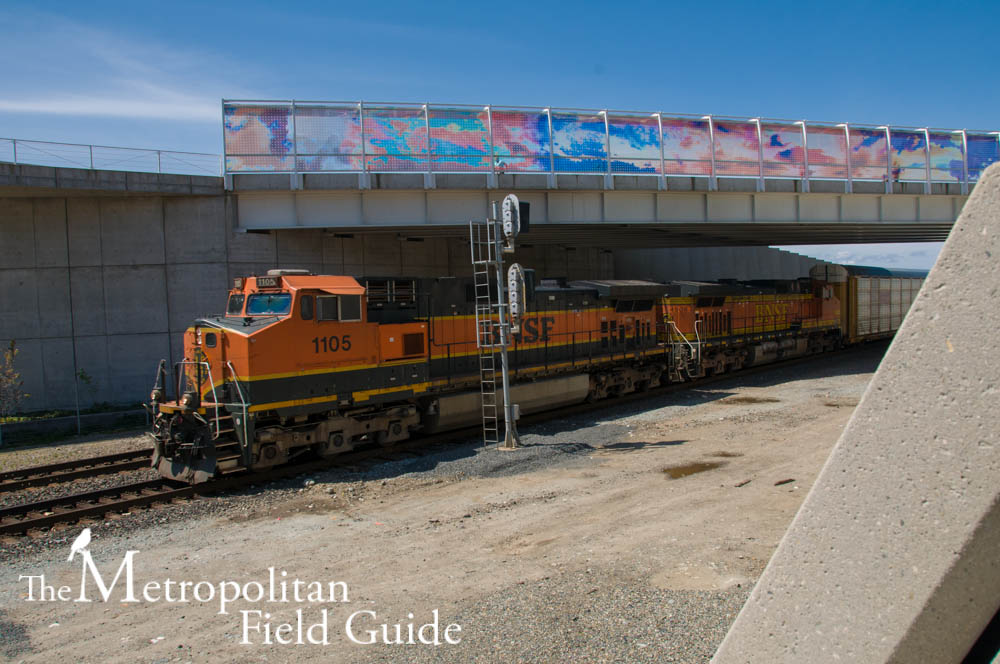 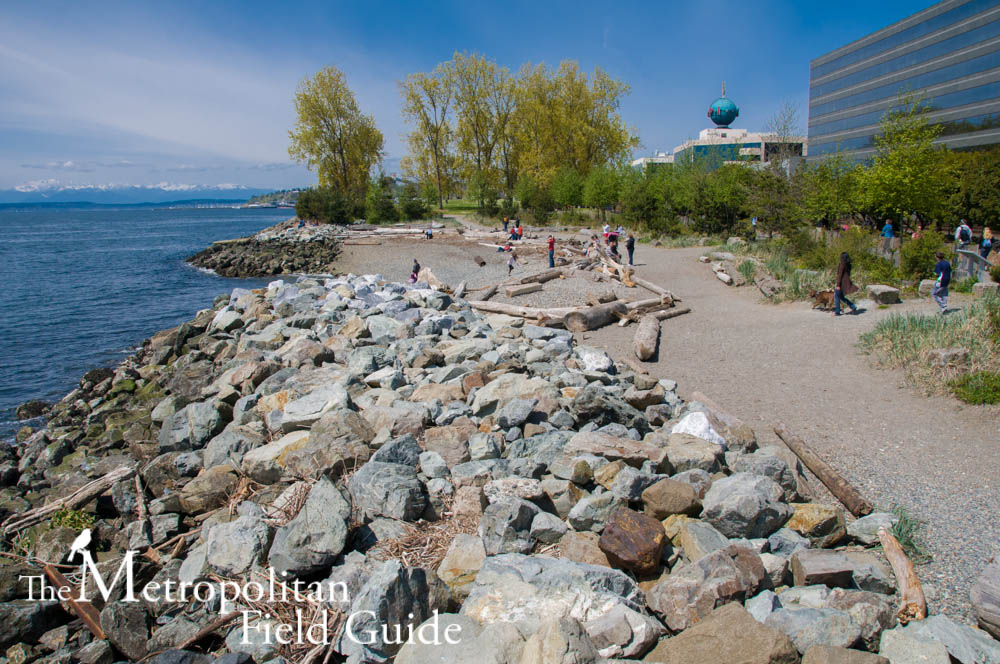 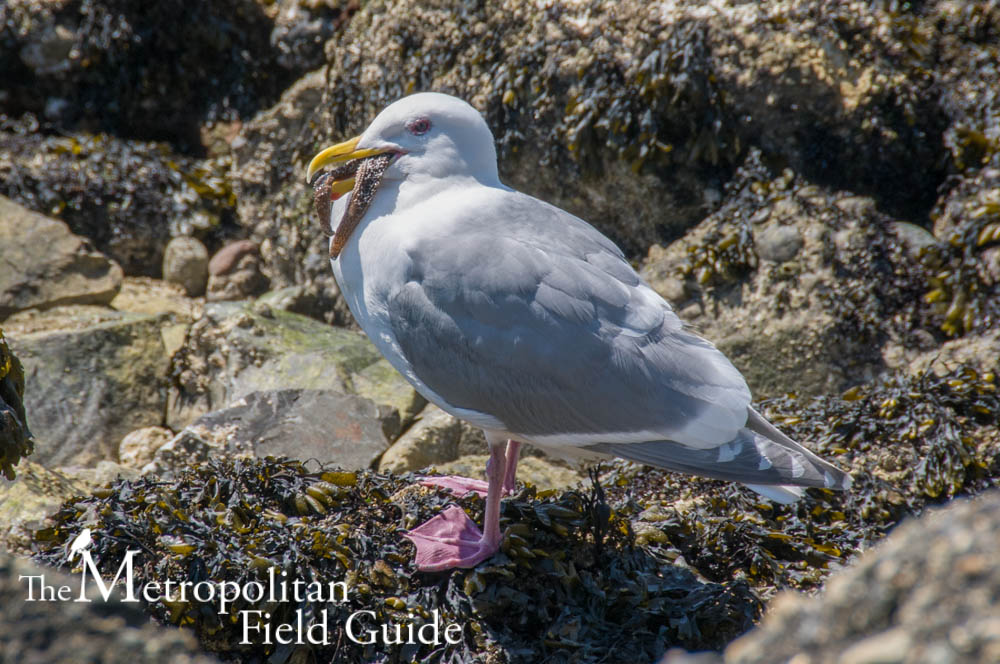 The Olympic Sculpture Park in Seattle is a beautiful place. The 8.5 acre park sits alongside Elliott Bay, overlooking the Puget Sound, islands and the Olympic Mountains to the west, downtown Seattle to the south and the Space Needle to the east. The site is divided by a major street, railroad tracks and a bike path and yet appears seamlessly connected. The nearly nine acres brilliantly blend art, landscaping, views and native plant gardens by connecting a variety of landscapes. It’s a unique park, free and open to the public, but it’s owned and managed by the Seattle Art Museum (SAM).

The site has an interesting history starting in 1910 with Union Oil of California establishing a transfer facility as well as fuel storage. After years of use the site suffered from contaminated soil and ground water and had to go through a large cleanup effort headed by the Washington Department of Ecology, which began in the 1990’s and lasted 10 years. During the cleanup effort, 120,000 tons of contaminated soil were removed. A layer of engineered soil, three-feet thick, was added to the site. This soil slows down runoff, more-so than normal soil would, and allows the water more time to infiltrate in an attempt to replicate the site prior to development. The tree canopy as well as the dense undergrowth also aids in slowing the rainwater runoff by retaining it on the leaves and giving time for evaporation. If you’re interested in what the site looked like over time, the Seattle Times has a great feature on their website going back as far as the 1850’s.

SAM and the Trust for Public Land worked together in a partnership to acquire the site despite negotiations already underway for condominiums. Through a variety of donors, some large and some having never donated to the art museum, $16.5 million was raised in public funding for the site by 1999. The New York Times has a fascinating, in-depth article about the early stages, including fundraising in their article, Where Money’s No Object, Space Is No Problem. In 2001 SAM hired Weiss/Manfredi, an interdisciplinary design firm based in New York City, to design the park. Construction started in 2005 and in January of 2007 the park opened to the public.

The design has proved quite successful, earning a number of awards and being featured in a variety of exhibitions. Because the site consists of several parcels and crosses over Elliott Avenue and railroad tracks, it was a challenging site. Below is an excerpt of the vision statement.

Our design, an invented ground plane that wanders from the city to the water’s edge, is sculpted to rise over the existing infrastructure. This new, uninterrupted Z-shaped landform for sculpture links the three separate parcels and offers multiple settings to view both city and sound. Central to this landform is a 2,200-foot path that leads visitors from a luminous steel-and-glass pavilion for art, performances and educational programming, through a series of outdoor sculpture “galleries.” The path links three emblematic landscapes: the Valley, an archetypal evergreen landscape of the Northwest; the Grove, with deciduous trees adaptable to the urban environment; and the Shore, a waterfront setting shaped by wind and saltwater and including aquatic terraces that form a regenerative underwater landscape for fish and wildlife. As one traverses this path, views are directed north toward the sea and mountains and then south toward the city and port. Throughout the park, seemingly parallel lines converge, accentuating the laws of perspective to suggest infinite distances.

The designers beautifully connected the site together with a Z-shaped design that starts at the Paccar Pavilion which houses a cafe, art museum shop and art lab and outside a terrace with a beautiful view of the park. Following the terrace down through the amphitheater, into ‘The Valley’ visitors find a large art installation called Wake, five, tall, metal shapes that invite exploration. Alongside ‘The Valley’, slopes of native plants surround the art installation creating an oasis from the city sounds. While the slopes are planted with native plants such as Coastal strawberry and Kinnikinnick, the trees on the level of the art are not natives, but instead seem to be part of the art installation. The bright, green leaves of the ginkgo trees and the finely textured, needle-like leaves of the Dawn Redwood, merge beautifully with the dark, rusty colored panels of the Wave.

Along the hillside of ‘The Valley’ there is a winding path with more art sculptures blended into the hillside among the native plants such as White Fawn Lilies and Sword Ferns. Back on top, along ‘Mosley Path’ is a beautiful view of Alexander Calder’s Eagle with the Puget Sound and Olympic Mountains in the distance. The green lawn which stays low to afford the magnificent views from the top is minimal and below it is the ‘East Meadow’, filled with wildflowers and grasses.

Eagle sits atop a bridge over Elliott Avenue and acts as a focal point throughout the park as well as outside of it and visitors can sit alongside the art and watch the ships in Puget Sound go by. Along the path, visitors can stand at a railing and watch traffic along Elliott Avenue. Following the path back down the other side of the street brings the walker to the ‘North Meadow’ another meadow filled with wildflowers surrounding sculptures. Further along is perhaps my favorite garden, ‘The Grove’, a landscape full of Quaking Aspen trees, ferns, Salmonberry, Red-flowering Currant, Oregon-grape and many other native plants. It also hides more sculptures which seem perfectly at home among the trees.

Walking over the second bridge, which goes over the actively used railroad tracks takes visitors to ‘The Shore’, yet another type of landscape with another variety of plants and sculptures. The paths along ‘The Shore’ connect to the Elliott Bay trail, a popular path for bicycles, skaters and walkers which offers stunning views of the sound and mountains. Adjacent to the sculpture park is Myrtle Edwards Park, a 1.25 mile long shoreline park.

The Park as Art

There are 20 sculptures in the park, many in majestic settings such as Alexander Calder’s Eagle, which sits on top of the bridge over the street below. Unlike paintings and other art found inside art museums, much of the art of the sculpture park interacts greatly with the surroundings. Calder’s Eagle seems to soar above the park while Bunyon’s Chess interacts with the coastal winds and Perre’s Ventaglio III reflects the native plants surrounding it. In addition, many of the sculptures are based off of or reflect natural elements such as Richard Serra’s Wake which reflects the waves of Elliott Bay, Roxy Paine’s Split, a stainless steel tree, or Tony Smith’s Wandering Rocks. The landscape and sculpture are true partners in the park, neither would be as successful without the other.

The Park as Habitat 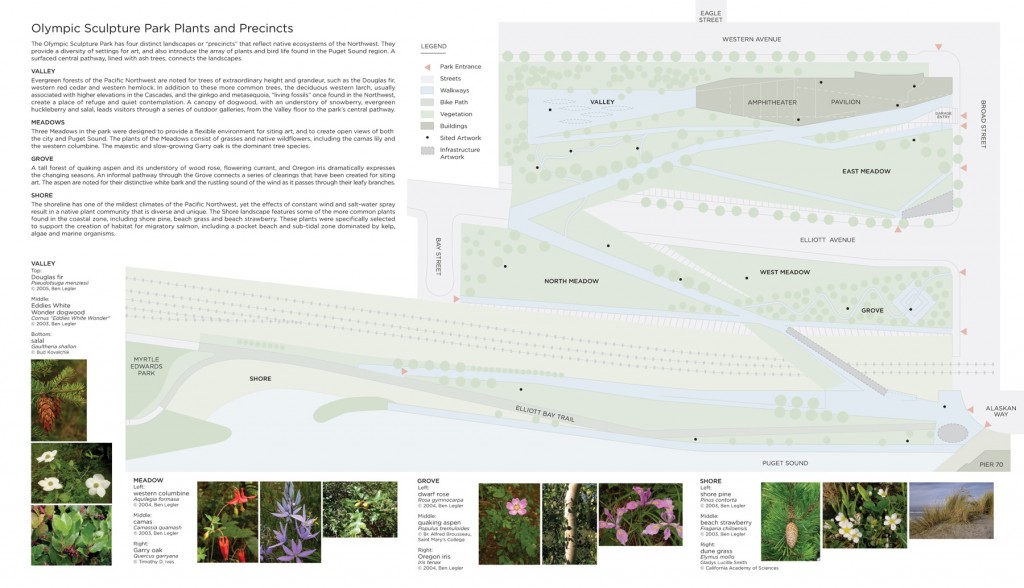 SAM was committed to making the park a sustainable, wildlife and native plant friendly landscape. There are many native plants throughout the park including in ‘The Valley’, the aspen grove and throughout the meadows. The new design also introduces a greater habitat complexity by restoring the original topography of the site. This creates pockets of microhabitats such as the lower area of ‘The Valley’, ‘The Shore’, or the hillside aspen grove which contain different groups of plants and as a result, wildlife. These are distinctly different gardens, each designed to reflect a habitat found in the Pacific Northwest.

The landscape of ‘The Valley’ reflects “an evergreen forest most typical of the lowland coastal region, featuring tall conifers such as fir, cedar and hemlock, and flowering shrubs and trees associated with moist conditions. Living examples of ancient trees once native to Washington, such as the ginkgo and majestic metasequoia (Dawn redwood), are also found. Flowering perennials, groundcovers and ferns define forest edges and pathways.”

‘The Grove’ closely reflects a “forest of native aspen that defines the park’s transition from city to shore. Although most closely associated with the dry landscape east of the Cascade mountains, it is also found in dry coastal sites in the Puget Sound region. The Grove, with its understory of native currant and iris, dramatically reflects the changing seasons, in contrast to the Valley’s continuously green backdrop.” This is the landscape I found most alive with wildlife during my visit in early May. Robins and White-crowned sparrows were active as well as bumble bees and hummingbirds both enjoying the blooming Salmonberry.

The “Meadow landscapes with expanses of grasses and wildflowers meet the bordering sidewalks to achieve the “fenceless” park that SAM conceived from the start. Both the Meadows and the Grove were intended as regenerative landscapes that provide flexible sites for sculpture and artists working in the landscape.”

As part of the park construction, SAM also addressed the existing shoreline of Elliott Bay which was, and still is in many parts, a seawall. A small bay, or ‘pocket beach’ was created with a gradual slope, native shore plantings, woody debris and rocks which helps create habitat for juvenile salmon. “The naturally developing tidal garden features kelp, algae and other intertidal-zone plants that are revealed and concealed with the changing tides.”

View a map of the Park Plants and Precincts (PDF) for more information.

The park has also been certified as Salmon friendly through the Salmon-Safe program, they practice pesticide-free maintenance, partner with the Seattle Aquarium to host beach naturalists and have programs and tours highlighting the habitat of the park. Additionally, SAM partnered with several organizations to monitor and study the beach restoration, a program currently in its third year, out of a five-year plan. The most recent study (PDF) found there had “been a rapid development of aquatic and terrestrial biota.”

View more photos of the Olympic Sculpture Park at The Metropolitan Field Guide on Flickr.

Visit the Seattle Times Olympic Sculpture Park special feature on their website, it’s full of great information including a photo timeline, MP3 tour guides, interactive map, interviews with artists and a photo sequence of the construction of the park in one minute.

Also be sure to visit the Seattle Art Museum website. 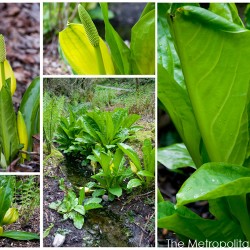 There are certain plants that are distinctly Pacific Northwest such as the iconic Douglas Fir tree, noticeable for it's looming forest presence, the Oregon-grape, known for its bright-yellow flowers, and Snowberry, easy to spot because of its white berries. There is

I am happy to announce that I will be contributing a post every month to Native Plants and Wildlife Gardens, a blog for "advocating the use of more native plants in our landscapes and the creation of welcoming habitats for wildlife