Not Your Traditional Nest Box 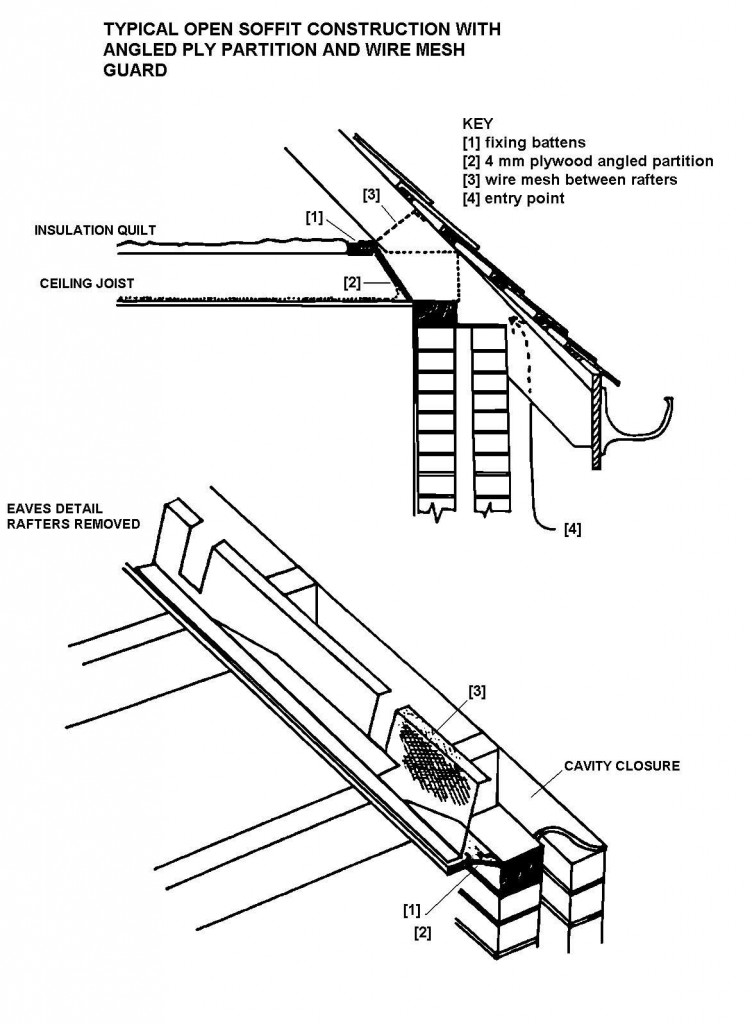 Nesting Cavity in Roof Construction via:: The RSPB

When we talk about a nest box we usually envision a wooden structure, often in the shape of a human house, hanging from a tree in the backyard. However, if you talked about a nest box in the UK, they may have a different idea. The RSPB (Royal Society for the Protection of Birds) has a page on their website about nestboxes for the roof. The swifts found in Europe, Apus apus are listed by the RSPB as amber status, which means they’re birds of concern because they’re numbers have plummeted in the last decade. While the reasons for their decline aren’t entirely clear,  speculation is that a significant aspect is a loss of nesting sites. Like some other birds, the swifts have come to rely on human structures for their nesting needs, but in the UK some established colonies have been lost due to buildings being demolished, renovated or the roofs being repaired.

The RSPB has an advice page that explains how to fit internal nest boxes into a building during a retrofit or new construction. There are several ways to provide bird nesting in the roofs, one is taking advantage of the eaves by creating an opening. The swifts can then nest in the eaves where they are confined to a closed cavity. Internal nest boxes are another option for providing a place for swifts or other species to nest in a building or roof. There are many options and dozens of manufactured nest boxes that fit right into the building, either in the roof, or directly into the wall. Some of these concrete boxes even have viewing holes that allow someone to view the inside of the nest box from within the building. The third option is external nest boxes that are attached to the outside of the building.

There are several manufactures who create nest boxes such as Living with Birds from Jacobi Jayne and Schwegler. There is also a website with DIY swift nest boxes with full engineering drawings and instructions. The RSPB page about nest boxes for the roof also has diagrams detailing the different variations for incorporating nesting into roofs.

Internal Nest Boxes via:: The RSPB

But do they work? A community in south Cambridgeshire, built in 1966 was set for a renovation with several buildings needing to be replaced, but they housed a swift nesting colony. The first attempt was to place eternal boxes above the cavities the swifts had used regularly in the past, but the swifts were reluctant to try the external boxes and tried returning to their blocked nest cavities. The next attempt was a number of internal boxes which were tried with the new construction and built right into the walls of the buildings. The very next year the swifts were seen using the internal boxes.

The idea of nesting being integrated into buildings was carried over to the US via an entry to the ReBurbia design competition last year. Chooi-leng Tan,the designer of ‘Brick Habitats’ envisioned built-in bricks that acted as a mini-condo to attract wildlife to the suburbs. The system is customizable and provides a way to combine growing vegetables, herbs or other vegetation along with providing water and nesting for various species of birds and even bees. This is a great example of taking a functional system such as the bricks, but adding an artistic flare to it and creating something theoretically functional and attractive.