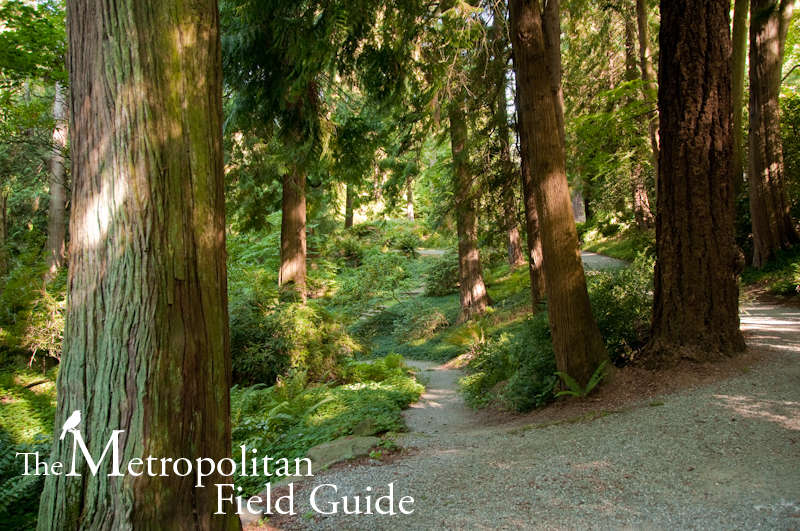 The Landscape as Time

When I was studying Landscape Architecture at university, I had a professor who was infamous for several sayings. One of the most prolific of his sayings, which any student could nearly be guaranteed to hear during a design review, was ‘the landscape as time’, or more briefly, ‘landscape time’. He spent four years drilling this into each of the students in the program. The idea is that we have to think on a whole different time scale when we think about the landscape and how we design it. He told us to design a landscape for 50 or 100 years down the road. This is a very hard concept to manage since we’re unlikely to ever see that vision realized. The landscape moves along at its own pace and while we’re aware of it, we often don’t truly recognize it. We live at our own pace and while we see the gradual change of the leaves sprouting in the spring, falling in the fall and littering the ground during the winter, we don’t see the full picture. We are too short lived to see the big changes and too fast lived to see the dramatic life plants lead.

Gardens are a measure of that passage of time, and as my professor said, each one evolves into its own personality. Landscapes are the accumulation of patterns which can predict the future while revealing information about the past. Landscapes move in rhythms with the daily sunset and sunrise, the monthly cycles of the moon and the seasonal changes. They move in a much slower time as each plant moves in sync with all the surrounding plants and is impacted regularly by the forces of nature. Plants come and go seasonally, trees fall down after decades and they’re all replaced with more plants. Entire forests change during succession from grasses to shrubs and saplings to young trees to mature trees. Time affects plants in reverse too as a tree dies and it goes through a cycle of decay losing branches, turning to a snag, falling down and becoming a nurse log. All processes too slow for us to really see it.

This rhythm can demonstrated beautifully in music where artists for hundreds of years have recognized the changing of the landscape. Vivaldi’s Four Seasons which features twelve concertos and accompanying sonnets, is a prime example. In Spring, Largo he writes in the sonnet “On the flower-strewn meadow, with leafy branches rustling overhead, the goat-herd sleeps, his faithful dog beside him.” Take a listen to Spring below.

If we look at it the landscape from another point of view, the time-frame of plants, we can see a dramatically different world. Speed up time and the world of plants can be a violent, alien, chaotic place while at the same time being harmonious and rhythmic. Brambles whip their ends around looking for something solid to dig their spines into to help push forward more growth while at the same time sunflowers move their heads all day long to continuously face the sun. Other plants like succulents, double their size during a single rain storm before slowly shriveling back up during drought. Some plants age slowly and live inconceivably long lives such as the Bristlecone pine, the oldest known living organism which is thought to be nearly 5,000 years old. At the same time some plants grow fast, such as bamboo which grows to its full height in one season and some species grow so fast you can put your ear to their stalk and actually hear them growing.

To those who think plants are boring, I highly recommend The Private Life of Plants by David Attenborough, both in video and book form. There is also a new program also about the lives of plants called The Kingdom of Plants, also by David Attenborough. Below are two clips from these shows showing time-lapse photography featuring plants on their time.