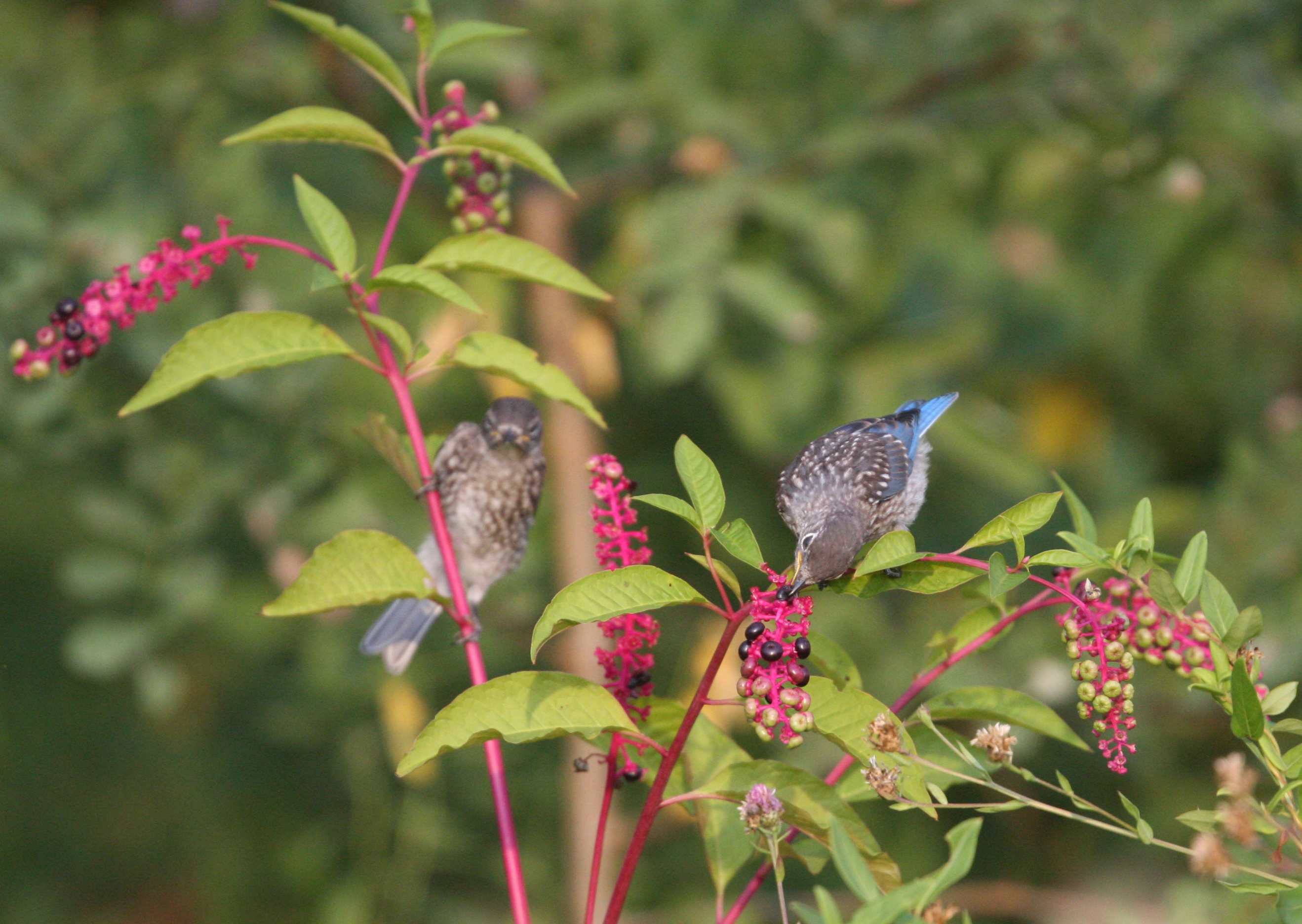 On Being Misunderstood:: Weeds

This edition of On Being Misunderstood is written by  George Adams author of Gardening for the Birds, a book which I reviewed recently. You can read that review here if you missed it. George has taken on the subject of weeds and their benefits to birds for this post, which was one of my favorite aspects of his book. Weeds have been of much interest to me and I’ve started learning about the weeds I come across and am writing about them in ‘The Virtuous Weed‘.

By George Adams. Author of “Gardening for the Birds. How to create a bird-friendly backyard”. Timber Press.

Nobody can really define what makes some plants weeds. Are they plants growing where humans do not want them to grow? Or are they plants that grow vigorously, crowding out other plants that we have judged as more desirable? Or are they plants that spoil the manicured lawn that we slave over? Ralph Waldo Emerson, the 19th century American essayist and poet asked, “What is a weed? He concluded it was “a plant whose virtues have not yet been discovered.”

Yet if we could ask the birds, they would have no problem describing “weeds” as highly desirable plants that provide enormous quantities of nutrient-rich food that sustain them throughout the year.

In fact, weeds are so attractive to birds, that many birds that would not normally visit a garden will do so if there are some weeds left unattended. If you accept the bird’s definition of weeds, that is “bird food, some of North America’s most beautiful songbirds will visit your garden, including species that will not even be coaxed to artificial feeding stations.

It’s easy to establish a wild-food patch. Find a secluded, preferably sunny section of your garden and simply exposing a patch of bare soil or leave a section of lawn unmown to allow dormant seeds to grow. Another way of establishing a wild-food patch is to string a wire across the bare patch of soil and wait for resting birds to eject their favoured seeds onto the soil below. Then wait for your mini-hedgerow to grow. Wild plants generally self-sow and become a crop of seeds that the birds will harvest the following year.

It’s that easy…. or you could try cultivating my pick of outstanding weeds.

Foxtail or bristlegrass (Setaria spp.) is a common weed along roadsides and undisturbed land throughout North America. At least 46 species of songbird including cardinals, grosbeaks, native sparrows and goldfinches flock to foxtail to feed on the attractive bristly seed heads

Pokeweed (Phytolacca americana). Pokeweed is a weed that is worth cultivating. The black-purple berries are eaten by 52 species of songbird including bluebirds, catbirds, thrushes, vireos, cardinals, and cedar waxwings.

Native sunflowers (Helianthus spp.) Forty-six species of songbird, including chickadees, nuthatches, goldfinches and titmice, are known to eat the seed; in fact sunflowers are one of the most important seed-producing plants for birds.

Common fidleneck (Amsinckia menziesii) an erect bristly annual herb, with attractive orange-yellow flowers. It is widespread, especially in the west. It provides an enormous crop of seeds especially favoured by Lawrence’s goldfinch during the nesting season. 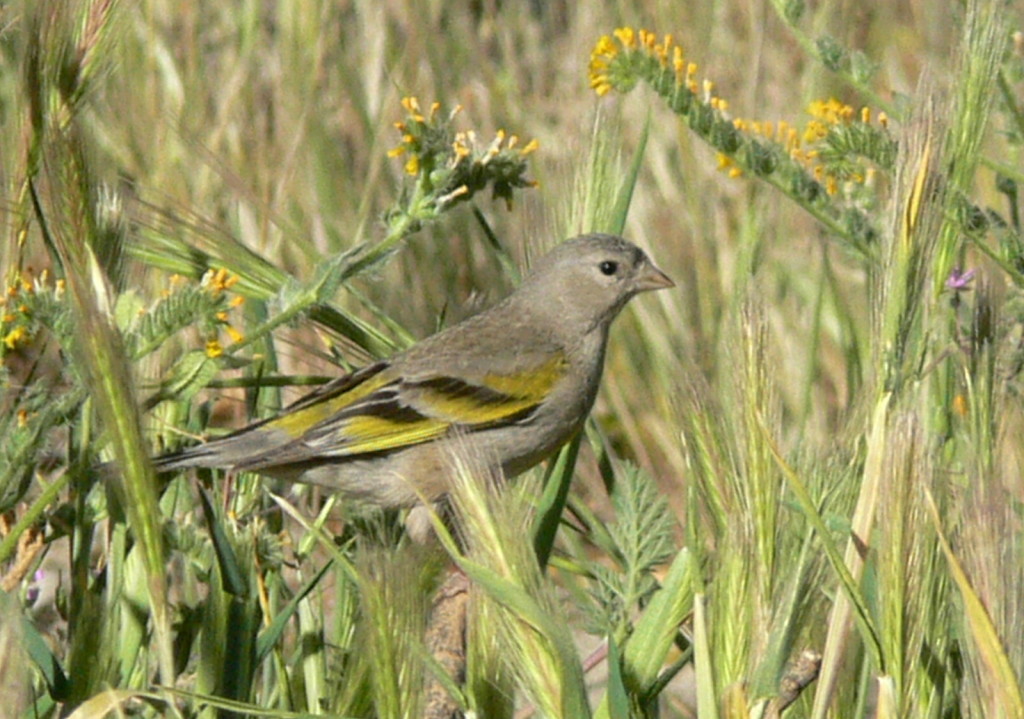 Many so-called weeds are in fact under valued wildflowers, such as Joe-Pye Weed and Boneset that bloom in late summer and goldenrods with their attractive yellow flowers. Fleabane, Chicory, Asters, Black-eyed Susan, Yarrow and Hawkweed are all beautiful plants beloved by songbirds that make attractive additions to the garden.

In the winter months in cold climates, the seed heads that are left standing above the snow become an important food source when food is scarce. In the summer months, when nestlings must be fed, your ready-made food patch will be an additional source of nutrient-rich food that the birds constantly need.

With the addition of melodious song, beautiful color and the amusing antics of the birds attracted to your garden, you can answer Ralph Waldo Emerson’s question, “What is a weed? “ A plant whose virtues you’ve discovered.”