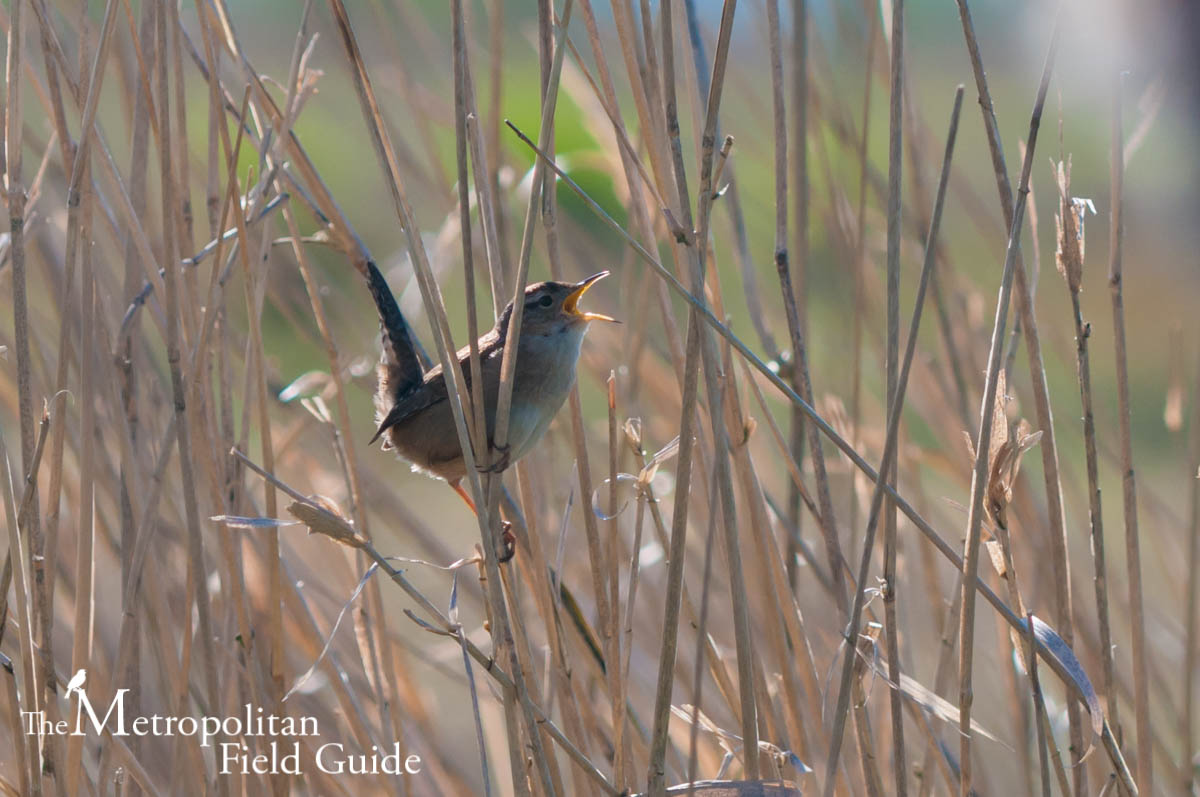 Think, every morning when the sun peeps through
The dim leaf-latticed windows of the grove,
How jubilant the happy birds renew
Their old, melodious madrigals of love!
And when you think of this, remember too
‘T always morning somewhere, and above
The awakening continents, from shore to shore
Somewhere the birds are singing ever more

-Henry Wadsworth Longfellow, from ‘The Birds of Killingworth‘

Earlier in May was International Dawn Chorus Day and if you happened to wake up very early and opened your windows, you’d know why. Started and embraced widely in the UK, it’s much less known here in the US. This last IDCD had a single registered event in the whole of North and South America while the UK hosted dozens of events. It occurs annually on the first Sunday in May and has been going on since the 1980’s. Fortunately, the birds keep right on singing, whether we’re celebrating them or not.

Just before sunrise every day, and also at dusk (but to a lesser extent) birds offer up one of their most vocal and magical performances for those lucky enough to be awake that early. This activity peaks around May and June and generally starts tuning up 30-90 minutes before the sun rises. According to the Cornell Lab of Ornithology [1], this boisterous sing-along may be a way for males (with a few notable exceptions, it’s the male, and only the male who sings) to let their neighbors know just where they stand in the pecking order. Look at it this way, it’s too dark to forage yet for food and it’s still too cold for the insects to be active, so what’s a guy to do? Talk it up and/or fight with the neighbors, of course. These early hours also allow the males to sing without much threat from predators, who would generally be easily drawn to their singing, making them sitting targets.

It’s the original social media, created way before Twitter. However, as the Cornell Lab of Ornithology states, the dawn chorus is a highly “complex phenomenon”, and it’s likely there’s a lot more information being exchanged in those early morning hours. Males could also be showing off, demonstrating what they’re capable of, despite an empty stomach. “Ladies, I have energy reserves to spare, just listen to me sing!”

Many female birds lay eggs in the wee morning hours, and by doing so, they are in particular need of further fertilizing. This means the male partner has to be on his toes, making sure he’s got her attention from the moment she awakes, lest she stray. [4]

However, just because they can sing, doesn’t mean they do. It’s been found that some species who have similar songs, actually take turns. “The Bewick’s wren starts the session in the morning and dominates the airways for the first hour. The wrentit stays quiet to avoid competition, but gets his turn sing in the second hour, after which the Bewick’s wren starts again. And so this astonishing sharing of the stage goes on.” [3] Birds can be so civilized.

There are several benefits to that early morning time, one is that there is less wind and ambient noise, particularly in an urban environment. It’s thought that sounds at this time “can be 20 times as effective as those broadcast at midday”. [3] Not all birds participate in this cacophony, the night provides even better opportunity and there are species who save themselves for the empty airwaves, notably the nightingale.

Interestingly, many species tune up in a somewhat predictable order. The first group to sing are the ‘worm eaters’, in the UK that includes the Blackbird, thrushes and Robin. These birds have large eyes and can see in low light a little better. Yes, indeed, the early bird really does get the worm. The second group are the ‘insect eaters’, including wrens and warblers, they have medium sized eyes, allowing them to forage in this particular window of daybreak. The final group are the ‘seed eaters’, they have smaller eyes and smaller food, therefore require the most amount of light. [2]

Each different habitat will have its own chorus, a different ensemble of players. What you may hear in your backyard will be different from what you’ll hear in the wetlands or in the forest. Multiply this throughout the entire world and there are thousands of different dawn choruses out there to hear and experience. If you travel, go camping or find yourself in another place during these months, why not take the opportunity to experience a different dawn chorus?

My urban dawn chorus is full of American Robins, (one once perched on our open skylight), Black-capped Chickadees, House Sparrows, Bewick’s Wrens and the Dark-eyed Juncos.  If you’re in the Pacific Northwest, other birds you may hear are Spotted Towhee, Pacific Wren, Varied Thrush and Song Sparrow.

One morning this month I stuck my phone out our skylight and recorded what was singing. The loudest bird is the House Sparrow, but you can also hear the chickadees, robins and other birds.

I also managed to record the robin which landed on our open skylight and serenaded us early one morning.

There is some evidence that birds in an urban environment tend to start a little earlier and sing a little louder. Research has shown that birds living near airports, begin singing earlier to preempt the jets’ morning departures. [7] Street lights and noise pollution all play a role in the overall habitat and influence bird behavior.

You can enjoy this phenomenon right now. It can be as easy as opening your window, setting your alarm and listening from the comfort from your own bed. To get the most out of it though, get outside, find a nice, quiet place and just sit and listen. Remember to dress warmly! The RSPB suggests this tip: “Dawn chorus peaks half-an-hour before to half-an-hour after sunrise, but the variety of song can prove too confusing at that time, so why not get into position a good hour before sunrise, and enjoy the arrival of the performers as each takes their turn on stage.” [5]

“The dawn chorus never ceases. It moves, with the early morning light, like a great wave on the face of the Earth. At this moment, somewhere in the world, the birds are waking up and bursting into song. Our ancestors, from time immemorial, awoke to this sound. Bird songs were, for countless millennia, part of everyday life.” [6]

The Sounds of Britain: An Urban Dawn Chorus – “Paul Evans tells the story of how the dawn chorus in a Liverpool park was recorded and then released into a children’s hospital.”

Urban Dawn Chorus – “Tweet of the Day is a series of fascinating stories about British birds inspired by their calls and songs. David Attenborough introduces the final recording marking International Dawn Chorus day. The urban dawn chorus was recorded by Chris Watson in Whitechapel, London as part of a project to enable the children of the Royal London Children’s Hospital to hear the wildlife sounds on their doorstep. Birds featured include the robin, blackbird, great tit and house sparrow.” 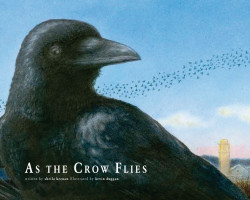 All day long you're on the go, you don't have time to watch a crow... So begins one of my favorite picture books, As the Crow Flies, by Sheila Keenan and illustrated by Kevin Duggan. Crows are one of my favorite 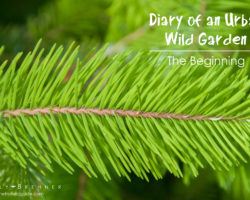 Diary of an Urban Wild Garden: The Beginning

Welcome to a new column feature at The Metropolitan Field Guide, the Diary of an Urban Wild Garden, where I plan to write about my wildlife garden in Seattle, the design, how it's doing, what I'm currently doing, what I