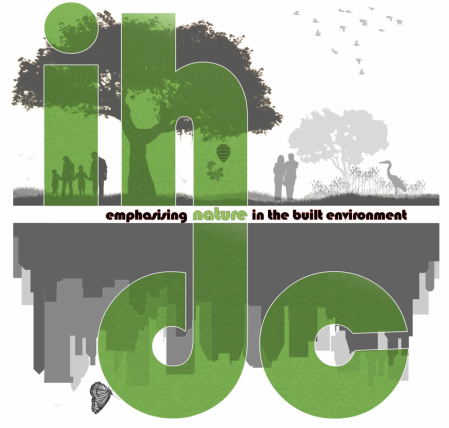 The Overflow Carpark designers asks a very important question: “While it may prove impossible to eliminate the need for cars and carparks in the near future, how can we reinterpret their rather banal landscape to provide broader range of services, to act as robust green infrastructure for both the city and second nature?” The team of Claire Mookerjee and Mat Triebner provide a solution to this question that goes beyond the current ideas of stormwater management. They propose double-duty use for carparks, or parking lots. During much of the time the space would be used as a parking lot. However, during heavy rain or flooding, the site transforms into an emergency space for containing overflow water. I find this concept quite brilliant considering there are not many landscape settings that have the ability to do this. Wetlands of course serve this purpose marvelously, but they offer no secondary use except as recreation. Most other landscapes have permanent structures which can not be relocated. Of course it’s not ideal to hold water and runoff from surfaces full of car pollutants, but the rest of the design offers a wetland replica to help counter that.

The design is based on the idea of ‘ridge and furrow‘ land formations, which were traditionally created in pastures where ploughs were used. The plough created a series of strips or ridges and alternating depressions which acted as water channels. Using this concept, the designers created a system of rolling hills which act as the ridges and permeable concrete gullies to act as the furrows. The gullies are planted with native wetland plants which are hardy and then covered with steel grilles, wide enough to allow light, but sturdy enough to allow traversing above. Until a week ago I may have been skeptical about this idea, but that’s when I found a very healthy fern growing in a storm drain in the middle of a busy parking lot, only the tips of the plant poking through the grates. Accompanying the system of gullies are reed bed cisterns which manage excess runoff. The carpark itself is also redesigned with porous paving and parking mounds. On the hills another palette of plants are located to increase diversity of the ecosystem and planted strips separate individual parking spaces. This network of unconventional wetlands creates a series of microhabitats for a variety of urban species and the grated gullies offer a level of protection for insects from predators, people and cars.

The designers sum up this plan perfectly, “The Overflow Carpark interrogates the conventional interpretation of the parking lot – its ability to serve only one purpose – and reinterprets it as a series of managed flood plains, replete with ecological and infrastructural services.” I found this design to be a very creative example of stormwater management. There has been a lot of creative examples in the last few years, particularly in the Pacific Northwest, but none that I’ve seen which offer such a thoughtful use of space. 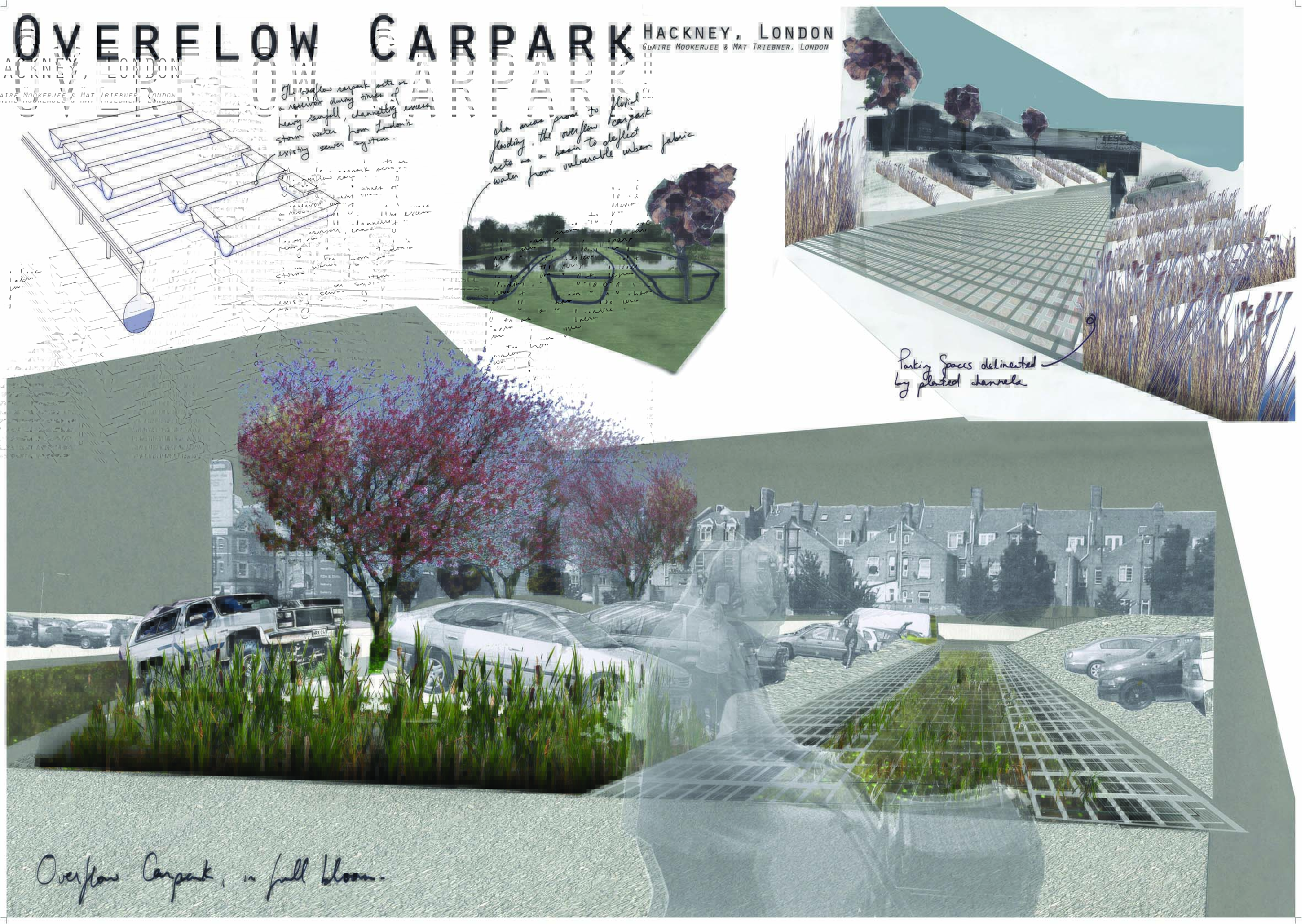 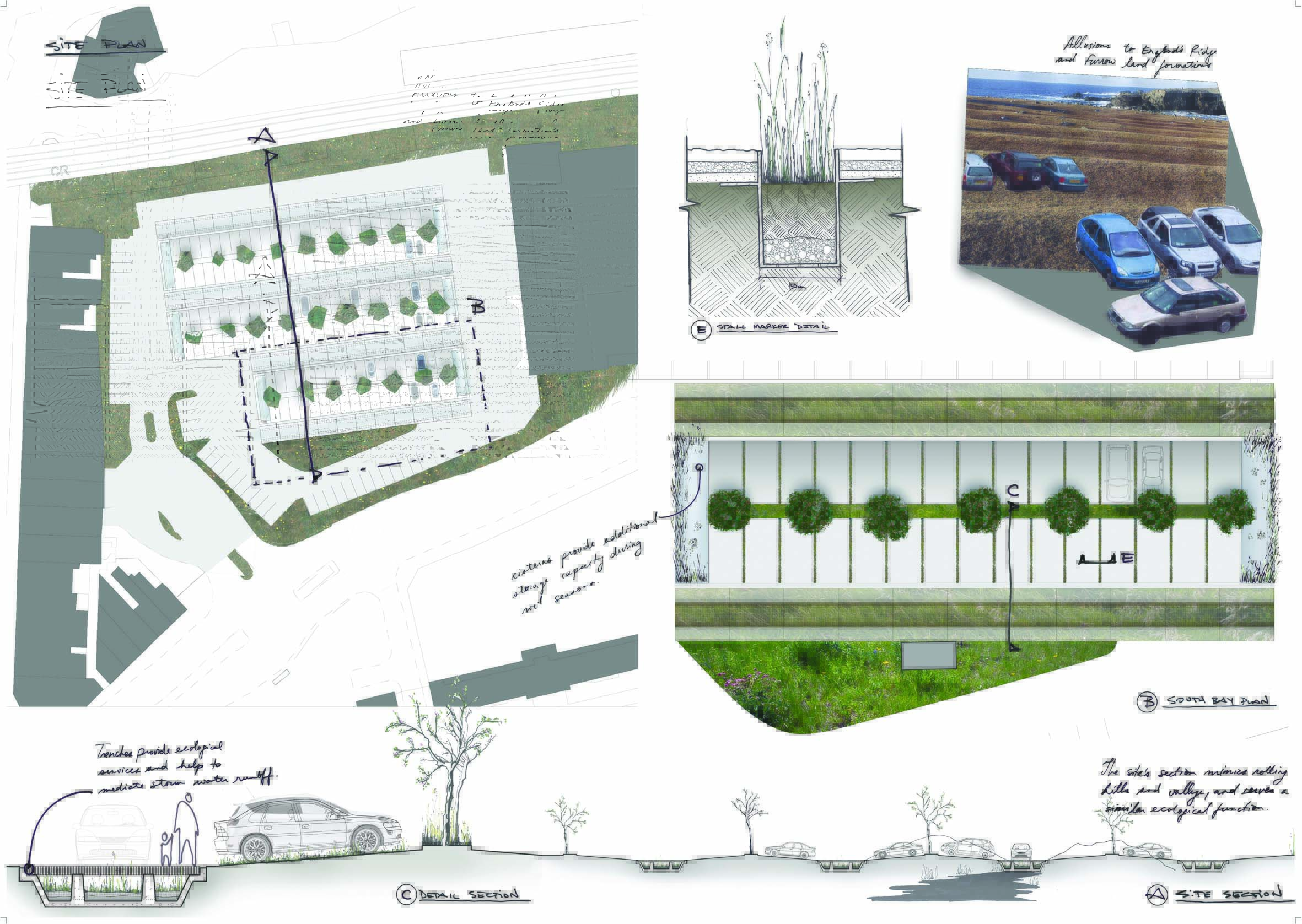