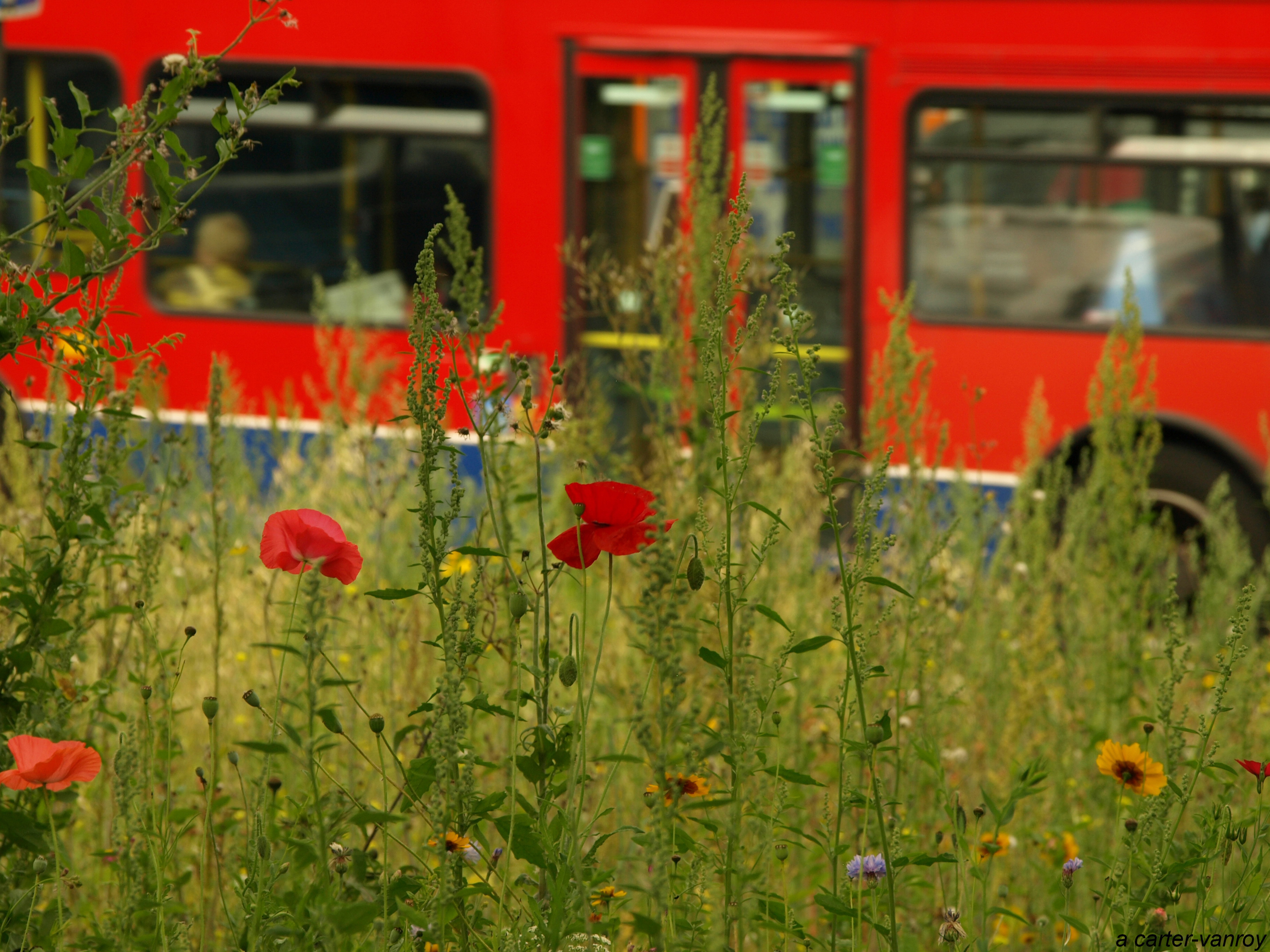 Growing Rivers of Flowers in the City

If you visit London, you may just notice trails of flowers winding through the city humming with pollinators. River of Flowers is the brainchild of Kathryn Lwin and while started in London, it now winds through much of the U.K. and is currently expanding into Europe and North America. The idea is simple and starts with the desire to create a connecting pathway of flowering plants for pollinators. Then you find and map three wild spaces in the area and finally partner with the local community to plant the areas in between with flowering plants.

In more detail however, they provide a number of guidelines on their websites which address the pollinators needs more than simply providing flowers. Among those are using “native, wild plants of known origin”, being pesticide free, connecting of wild spaces to urban spaces to food spaces and being properly maintained.

In addition to the main project, they also promote several other campaigns; Pesticide free cities which aims to cut pesticide use, Exchanging spaces which promotes creating new space for wildflowers or food growing when space is lost due to new construction, Pollen sense which brings together artists and scientists to spread the message about the important connection between pollinators and ourselves and finally #nomow which is a campaign on Twitter aimed at creating habitat on roadside verges by encouraging local municipalities to cut back their mowing.

I was interested in this ambitious project and contacted Kathryn to learn more about River of Flowers.

What was your inspiration for starting the River of Flowers?

I have always been interested in plants and when I became the Director of the Archway Clinic in North London – part of Middlesex University – in 2008, we planted a medicinal garden with Ayurvedic, Chinese Traditional and Western herbal medicinal herbs. Since many of these were non native, I decided to plant a wild native woodland garden on the other side of the Archway Clinic, which is set in a grey gyration of roads surrounded by buildings. To the left of the clinic was the wildflower meadow at Whittington Park and to our right a kitchen garden with a wildflower area in Waterlow Park but there was no forage apart from garden forage along the roads lying between the parks. In fact, one day while in the garden, I saw a bumblebee trying to cross the road presumably trying to reach the green oasis of the clinic garden and it was sucked up in the slipstream of a lorry and disappeared. That’s when I thought – we need roads for bees! River of Flowers seemed a much better way to describe this. I sent out a group email on the Islington Voluntary Action Network email list asking for help to plant a ‘river’ of wildflowers between the parks and received 100 replies so I founded the River of Flowers. We planted a meadow between the two parks that bumblebees could negotiate in safety. River of Flowers became an eco social enterprise or non profit company in March 2011.

Why focus on urban settings? 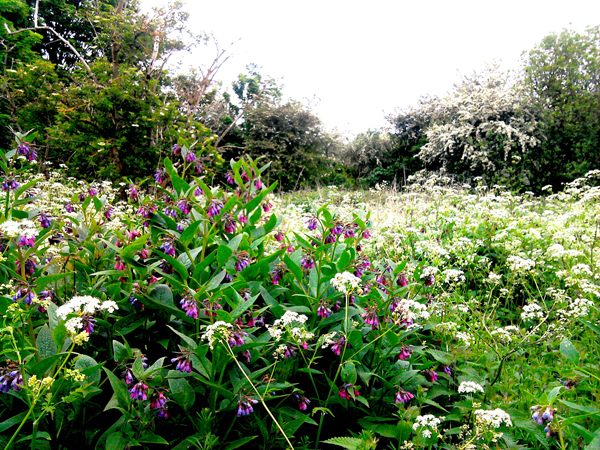 Aside from the fact that the first River of Flowers started in the city, urban environments have particular problems, which we have become quite experienced at finding solutions for. For example, cities are warmer than the surrounding countryside so the forage season starts earlier and ends later therefore urban meadows need wild native plants that will flower early as well as those that flower longer or later. We have acquired a lot of knowledge on which plants to plant where. There are also high levels of pollution which affects the pollinators’ sense of smell and has to be compensated for by planting in a particular way. There has also been a rise in urban beekeeping and urban food growing over the past four years, and these activities make it easier to for people to start a River of Flowers in a city by linking to them. There are more people in the cities than in the countryside who have power to change things such as making a city pesticide-free and the power to influence what happens in the countryside as well.

What are your main goals for establishing these plantings in the city?

We always work in partnership with community groups to help them plant wildflowers and wild flowering trees to create a trail of forage for pollinators. We advise, raise money, give donations, curate (design the wild areas) and run Sow Your Own workshops to train people in meadow making. It is as important to us to connect the community groups with one another as it is to link and map the wildflower spaces. In a way, River of Flowers is a kind of social networking for meadows.

What wildlife are you aiming to benefit?

All pollinators: honeybees, bumblebees and other wild bees, butterflies, moths, parasitic wasps, flies including hoverflies, flower beetles, native wild plants including trees and also of course people, since we need pollinators for food production. We also advise on companion planting with edibles and recommend plants to attract aphid eating insects such as ladybugs. We aim to feed the pollinators that feed us. 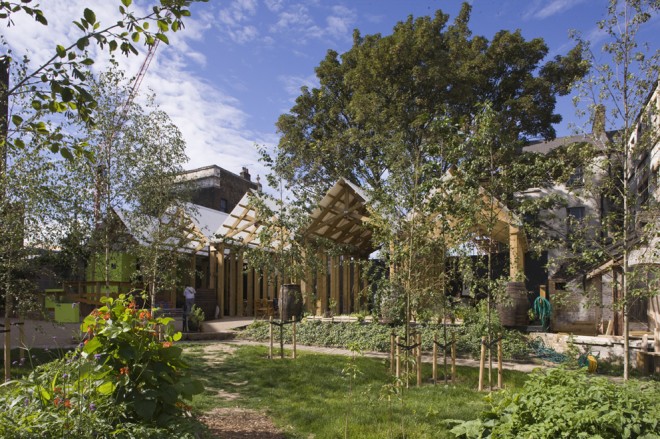 How many cities are River of Flowers cities now?

In alphabetical order: Bridgend, Bristol, Cardiff, Eastbourne, Manchester, New York Brooklyn, Louth, Southend-on-Sea, York. Other cities including Madrid, Mumbai, New York Manhattan, New York Queens and Tokyo are close to starting up. Milwaukee may start one – I will know more this week. We aim to have 13 new Rivers of Flowers in 2013. Each River of Flowers is always named after its locality so people can join it, and it is run by the people in the city not us although we will steward it for a while until it is independent.

Which is the most established River of Flowers and how big is it?

London was the first and the biggest: there are branches in North, South, East and West London. We don’t measure size as a value because it doesn’t mean anything. We have lost 97% of our meadows in the UK since the 1950s and we are not going to get that amount back any time soon. However, the more people we engage to plant wild, the more likely that we will be able to get at least some of those meadows back because those people will be able to inspire others and activate their councils. The fact that community groups are planting wildflowers and increasing their knowledge about wildflowers is what counts with us. A group of people planting many window boxes with native wildflowers on a housing estate is as important as a council planting a whole park with wildflowers.

What kind of areas have so far been included?

Wherever a bee can forage there is the River of Flowers – it already exists so we just have to find it and add to it. Our skill is in determining which wildflowers can be planted where. For example, which wildflowers can survive the conditions of the sidewalk/verge/roof/vacant lot. Planting wildflowers that pollinators can reach and which have areas for habitat is most valuable.

Where do all the new plants come from?

We buy seed of good provenance and grow some plants, which are then donated groups in the ‘river’ or sold to raise funds for our activities. Some plants are bought separately by the community groups from reputable nurseries that we recommend. Some community groups have already planted wildflowers then found out about River of Flowers and joined it and that how we find them.

What has the response been from the communities? 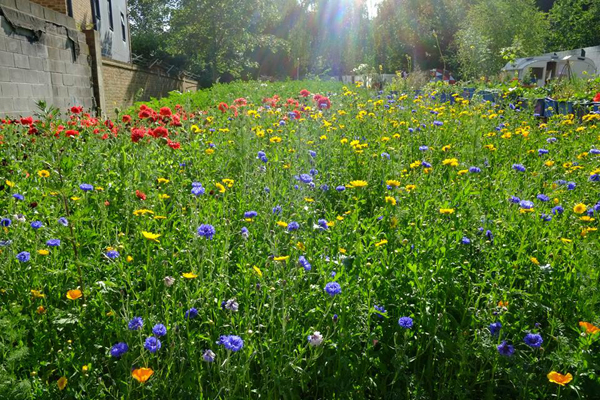 I suppose this is reflected in the numbers of new Rivers of Flowers that form. New Rivers of Flowers have been started or are being started by a variety of different organisations and individuals including community groups, colleges, conservationists, art galleries, universities, beekeepers, gardeners, urban farmers, researchers, private individuals and small eco businesses.

Anyone can start a River of Flowers in their city if there is not already one there – only the big cities such have London and New York have more than one – and anyone can join it provided he or she follows our principles of planting wild native plants and avoiding pesticide use. People have contacted us, started a River of Flowers by registering three wild spaces, and then gone on to create another 30 places of forage as in the River of Flowers Elephant and Castle in South London. Others have evolved more slowly. You could start one in Seattle. Once the River of Flowers is mapped with three wild spaces, then other groups planting wild can upload their spaces. There is free webspace for images, projects and events but I generally look after those until there is someone willing to take over or manage the web space jointly with me.

Have you run into resistance from the local government or communities?

What has been the hardest part of this project?

Starting and completing any project is the most difficult. Our recent project the Meadow Line for the Chelsea Fringe Festival entailed my contacting ten station supervisors and ten station gardeners on the London Underground to persuade them to plant wildflowers. We had to make up ten tubular steel containers, plant them with wildflowers and transport them to the different stations. It received a lot of press attention and it encouraged a whole group of people with access to a surprising amount of land – transport systems always have this – to grow wild. But it was hard work!  (Read more; Travelling the Meadow Line and Finding the Meadow Line.)

Being funded by the Winston Churchill Memorial Trust to travel to North America and research innovative and inspiring projects growing wild and edible plants in the city has been one of the high spots of my life. I have never won an award before and I feel very honoured. I have already met three people on my travels who have changed my life – brilliant people with amazing practical ideas about how things should be grown in urban spaces – who are willing to share this with others to improve pollination in cities. I have also been able to talk to people who have a lot of influence about the importance of growing wild native plants with food and they have listened. 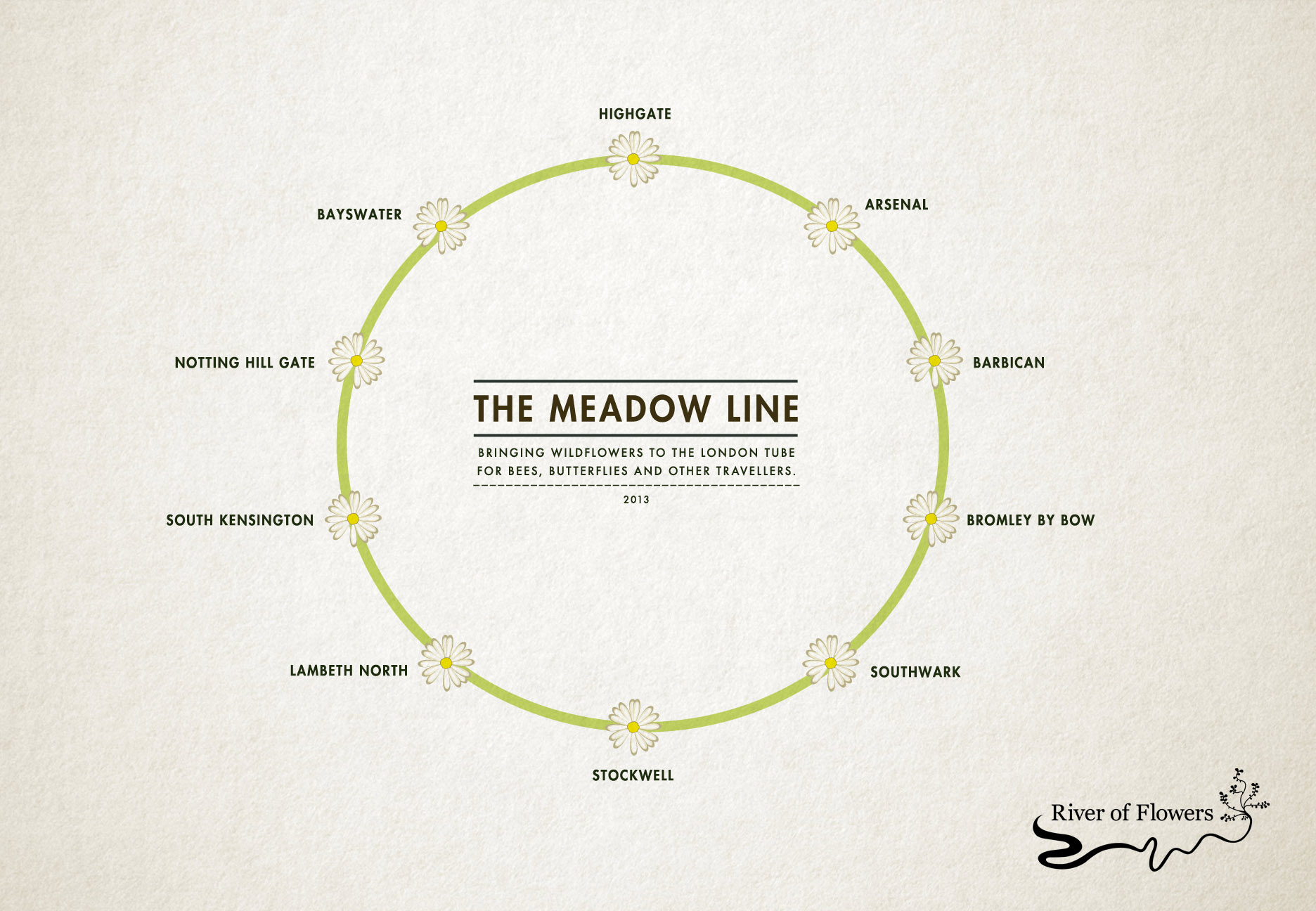 The Meadow Line Map Courtesy of River of Flowers

The Parks of Seattle Project

If you haven't been following the Parks of Seattle project, you're missing out. Dave Battjes has decided to create a logo for each and every one of the 400 plus parks and green spaces in the city of Seattle. For 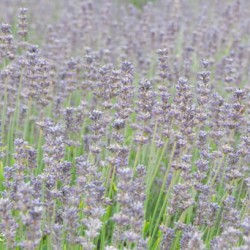 There are few other plants so closely associated with scent than Lavender. The purple flowers and gray/green foliage is unmistakable and found in gardens around the world. The various forms can grow from ground high up to waist high and