Friday Film:: “The Vertical Garden – from Nature to Cities” An Interview

Today’s Friday Film features green wall designer, botanist and author Patrick Blanc, perhaps the best known designer of green walls. His book, The Vertical Garden: From Nature to the City is getting a revised and updated edition which will be out in April. This video is part of the Greenroofs.com Greenroofs & Walls of the World Virtual Summit 2011, which includes a number of videos of keynote presentations, panel discussions and other speakers available on greenroofsTV. This video includes an interview with Patrick as well as a talk by him. In the interview he discusses how the vertical gardens, or green walls can play a role as habitat for wildlife. He also discusses projects which use native plants and the challenges of choosing appropriate plants for the varying conditions on a single building.

Since more than half the human population is now living in cities, the façades of the high rise building must be seen as a valuable place for bringing back the nature into the cities.

For each new single project, I have answered with new shapes and new plant species. The Vertical Garden is no longer a vertical panel; it is now possible to freely create it on various structures like columns, spirals, slopes or even vegetal ceilings.

Patrick is interviewed at length by Linda Velazquez in early September, 2011 at the Hotel Sofitel Chicago Water Tower; his video presentation that follows was filmed previously in front of a live audience.

The Vertical Garden – from Nature to Cities on YouTube. 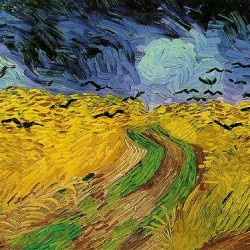 This was originally published on Native Plants & Wildlife Gardens. “If one really loves nature, one can find beauty everywhere.”-Vincent van Gogh This is the second post in a short series about the importance of plants in the arts. The first post was 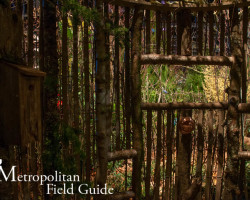 Last year when I wrote about the Northwest Flower and Garden Show I talked a lot about how the gardens didn't feature wildlife habitat, but could have easily done so and I featured specific examples. I also expressed hope that