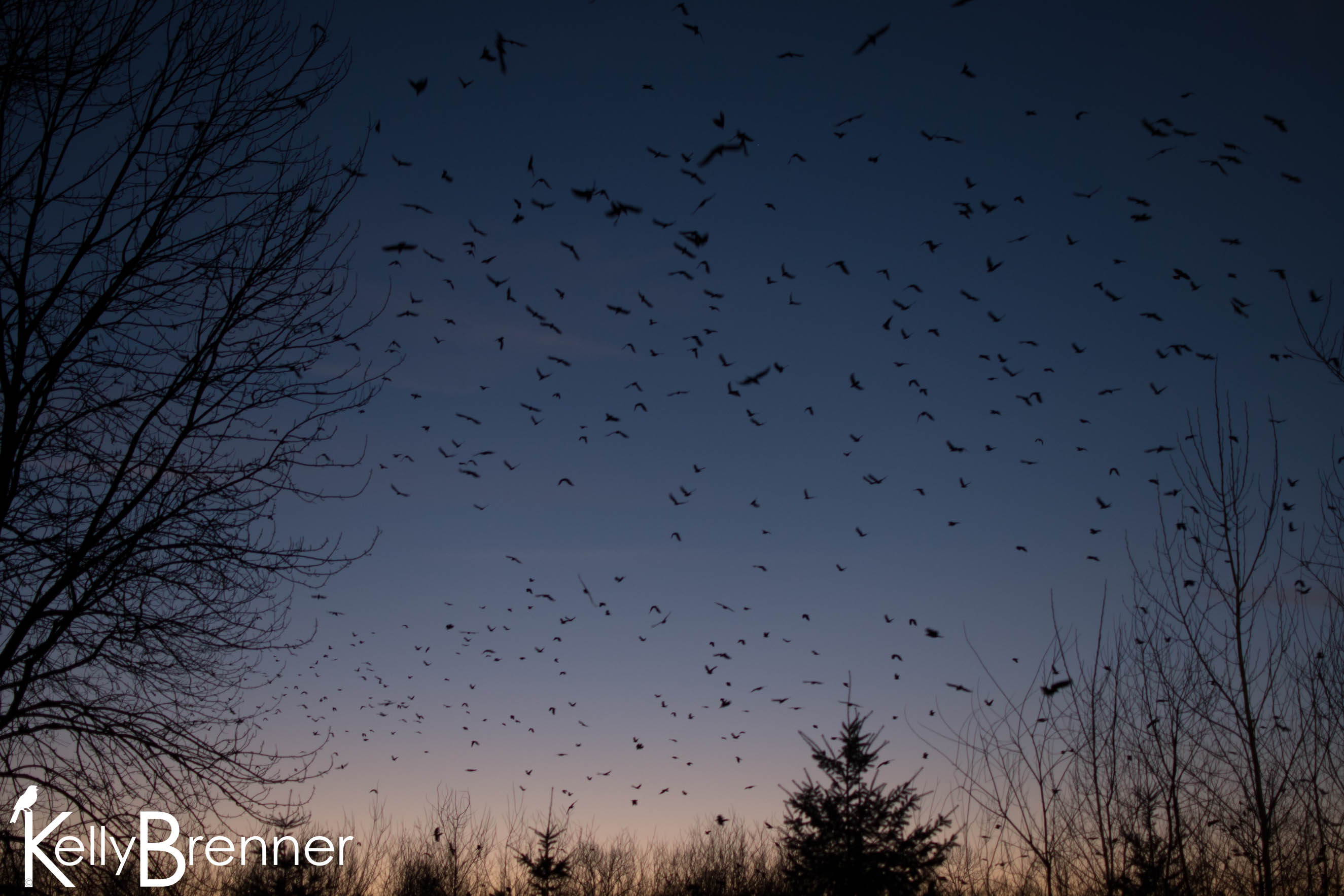 It was only the second day of my 365 Nature Project when we tracked down the crow roost in Renton, nearly one year ago. For years, since we moved into our house in south Seattle, I had watched the crows fly south in a giant stream every night in the autumn and winter months and I wanted to know where they went. On Day 2 of 365 Nature I found out – they descended on a parking lot in an industrial area of Renton, just south of Seattle and near the local Ikea store. It was a thrilling experience with thousands of crows everywhere and starling murmurations adding to the spectacle. For one reason or another I neglected to return the rest of the season and once this autumn rolled around again I put a visit on my list of places to visit.

On Thursday this week I took advantage of the sunny and clear day to visit the Renton crow roost again. This time I took my four year old daughter and we drove south to the same parking lot. On the way we saw many crows, starting with the same nightly scene of them flying over our house. As soon as we left we found a large group of crows in the trees around a newly daylighted creek near our house. They were in the water splashing and bathing before returning to the trees to preen. My daughter was delighted they took a bath, just like her, before going to bed. As we drove on we encountered more crows flying over us and it felt as though we were part of their commute. That feeling quickly ended once we encountered some traffic and my daughter again compared us to the crows, but this time lamenting that we can’t be up in the sky above the cars.

We encountered a large number of crows again, gathering along a railroad track, lining the trees on either side. After that, we lost them, seeing no more crows. We arrived at the parking lot around 4:30pm as the sun was just setting and we waited. We waited – and waited – and then waited some more. No crows. We spotted a couple of chickadees and a lot of airplanes, but no crows. It became clear by 5pm that they weren’t coming. I analyzed my photos from nearly one year ago and they were time stamped just after 5pm, but there were already hundreds, if not thousands of crows in that location. I decided they must have moved since last year and we turned around, heading for home, prepared to try another night.

We had gone back north before coming to a busy intersection and stopping at a red light. Suddenly, the crows appeared from the north in a massive river of black wings, and they were heading south, back where we had come from. I quickly turned around following them back, traversing through the back roads of a Boeing complex before returning to the main road. As we drove south the clouds of crows flew back and forth over the road, but there was nowhere to stop. After a few back and forth turns we followed them east where we finally found the epicenter of crow activity. It was very conveniently across the road from a parking lot where we finally stopped to get out and watch.

Thousands of crows sat in the trees along the road as cars rushed by, and I’m guessing thousands more were down in the wetland trees where I couldn’t see. Crows were on the roof of the low but expansive industrial building behind us and they flowed over us in a black ceiling against the sliver of moon. The crows would land in the trees in the wetlands, but then it was like huge gusts of wind would blow hundreds out of the trees where they would fly in a large loop. They seemed to return each time and as the crows flew over the trees, individuals would suddenly spiral down as if pulled in by a fishing line.

We watched them for half an hour or so, a frenzy of diving, exploding and swooping crows. As it became too dark to see anymore we returned home. Whether this is a new roost area or a temporary one, I don’t know. This last week was extremely cold with night temperatures getting into the 20’s. I don’t know if their roosting behavior changes much with extremely cold nights. I’d like to return again to the location and see what time they arrive and watch from the beginning.

Today I walked over Foster Island to Union Bay where I expected to see ducks - and see ducks I did, along with coots. There were a hundred coots, if not more, among other waterfowl in the bay near the 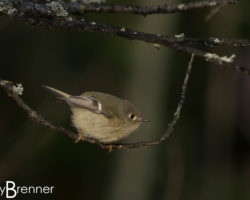 Over the past few days I heard some rumblings on the internet that there were Bohemian Waxwings being seen in Seattle and particularly at Magnuson Park. Like our more common Cedar Waxwings, these birds spend their summer in the far north, but the