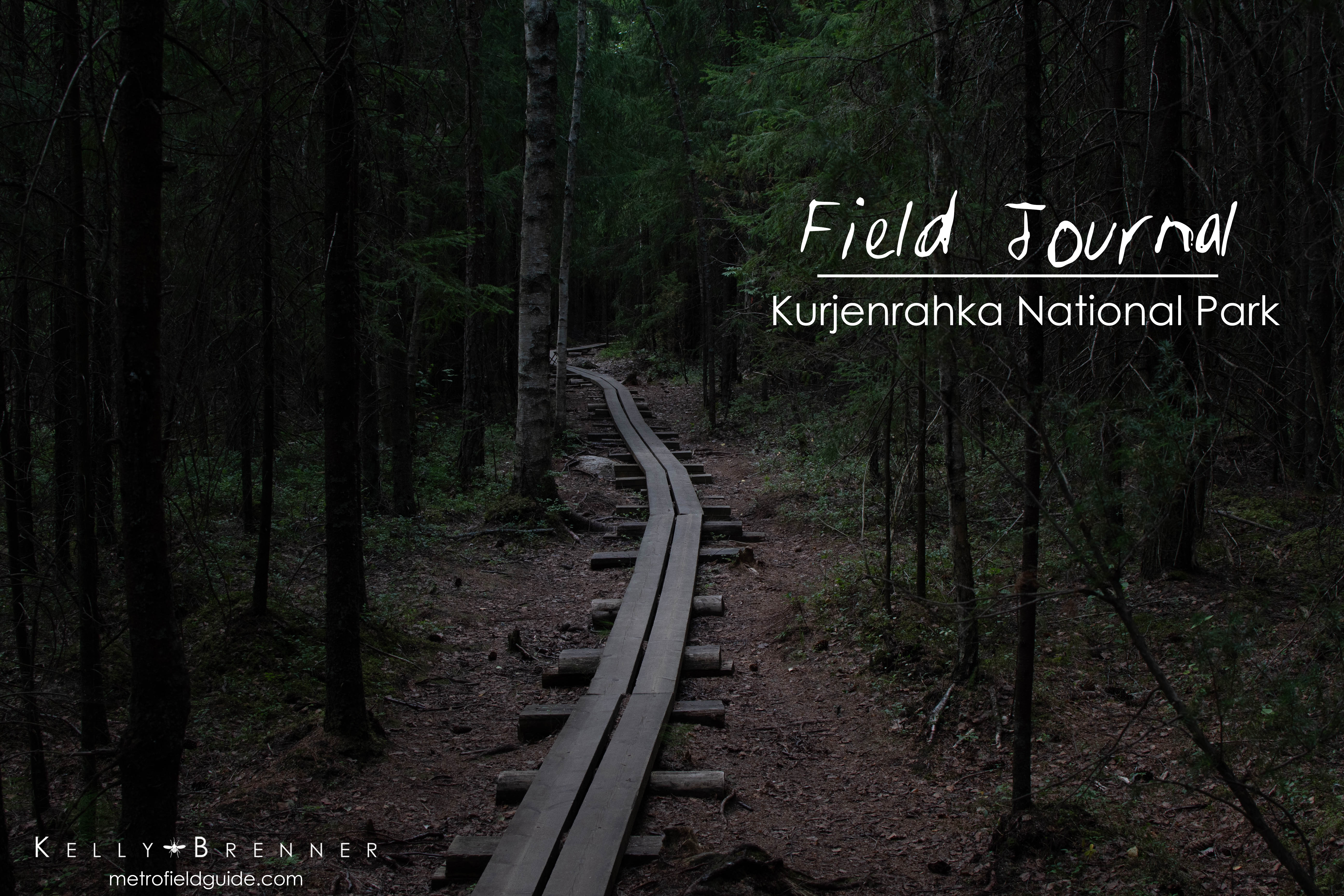 At the end of the first day of my solo tour of Finland’s National Parks, I drove from Puurijarvi-Isosuo National Park, a little south to Kurjenrahka National Park. Although the days are long in Finland during the summer, I only had limited time to explore one of the many trails of Kurjenrahka, and I chose the short 2 km Karpalopolku circle trail that began near the Kurjenpesä nature hut.

The trail meandered through pine forest, skirting the edge of the mire, the bright green of it shining through the trunks of the trees in the late afternoon sun. The path led through an open grassy meadow with birch trees, towered over by pines, creating an enclosed space, before moving back into the forest. At the end of the trail, I met up with the longer Savojärven kierros trail and got a glimpse of the Kuhankuono Mire I would walk through the next day. When I finished, I visited the Kurjenpesä nature hut and learned about the common cranes, which I had heard at Puurijarvi-Isosuo National Park earlier in the day, and how about a dozen pairs nest at Kurjenrahka park every year. But during migration, hundreds use the park as a stopover.

Although I didn’t see many mammals, there are an impressive few that can be found in the park including otter, Siberian flying squirrel, pine marten, lynx and two deer species. Occasionally a wolf or bear can also be seen in the park.

The next morning I was back at the park ready for a longer walk. I set out on the 6 km long Savojärven kierros circle trail first traversing on duckboards through the Kuhankuono Mire, one of the largest, unbroken mires in the whole of southwest Finland at 20 square km. Like the mires of Puurijarvi-Isosuo, Kuhankuono is also a raised bog with higher patches called hummocks, surrounded by lower, wetter areas. The plants of the hummocks consisted of Marsh Tea (Ledum palustre) and Scots Pine (Pinus sylvestris), while the wet bog areas had sphagnum moss and other plants like I’d seen the previous day. Patches of purple on the ground highlighted the blooming heath and alongside the duckboards, sundew plants grew with cloudberry.

Soon the path led into a forest where I encountered two red squirrels chasing each other around the thick trunk of a Scots Pine. The day was early, but despite the low, bright sun, the forest was quite dark and extremely quiet. Roots snaked back and forth over the pine-lined path, the very image of a fairy tale forest.

The trail led through many different habitats. At times I’d be walking through the mires, then enter an old forest and before I knew it, I’d suddenly stumble out into in a grassy clearing with birch trees sprouting up in small groves. In the rising sun, insects began to be active and I watched syrphid and robber flies and blue butterflies warming themselves on the duckboards.

Before long I began to catch glimpses of the lake the trail circled, Savojärvi. But before I began to follow its shoreline, I took a short detour and walked the 2km Lammenrahka Nature Trail that entered a forested area after traversing through a stand of Scots Pine. These trees may not have the charisma of the white-barked birches, but their red and brown bark offer their own charm, especially when seen in large stands with Marsh Tea covering the ground.

Back on the main trail, I followed the edge of Savojärvi most of the rest of the way back to the nature hut where I began. A lot of the route walked over the heath covered mires, but also over a creek and through meadows and more forest.

The landscape of this park was diverse and stunning. It was impossible to not stop every couple of minutes to photograph the ever changing view or just stop and try and absorb some of the many different scenes. 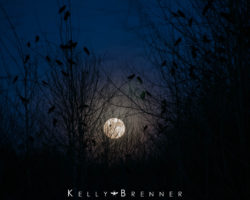 Poem of the Week: The Moon

By Robert Louis Stevenson The moon has a face like the clock in the hall;She shines on thieves on the garden wall,On streets and fields and harbour quays,And birdies asleep in the forks of the trees. The squalling cat and the 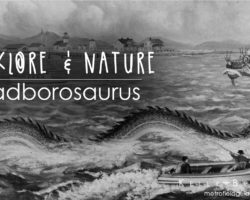 British Columbians! Lift up a chorus!To greet the arrival of Cadborosaurus!He may have been here quite a long time before us,But he's shy and don't stay round too long, so's to bore us.Cadborosaurus! Cadborosaurus!Come up and see us again, you