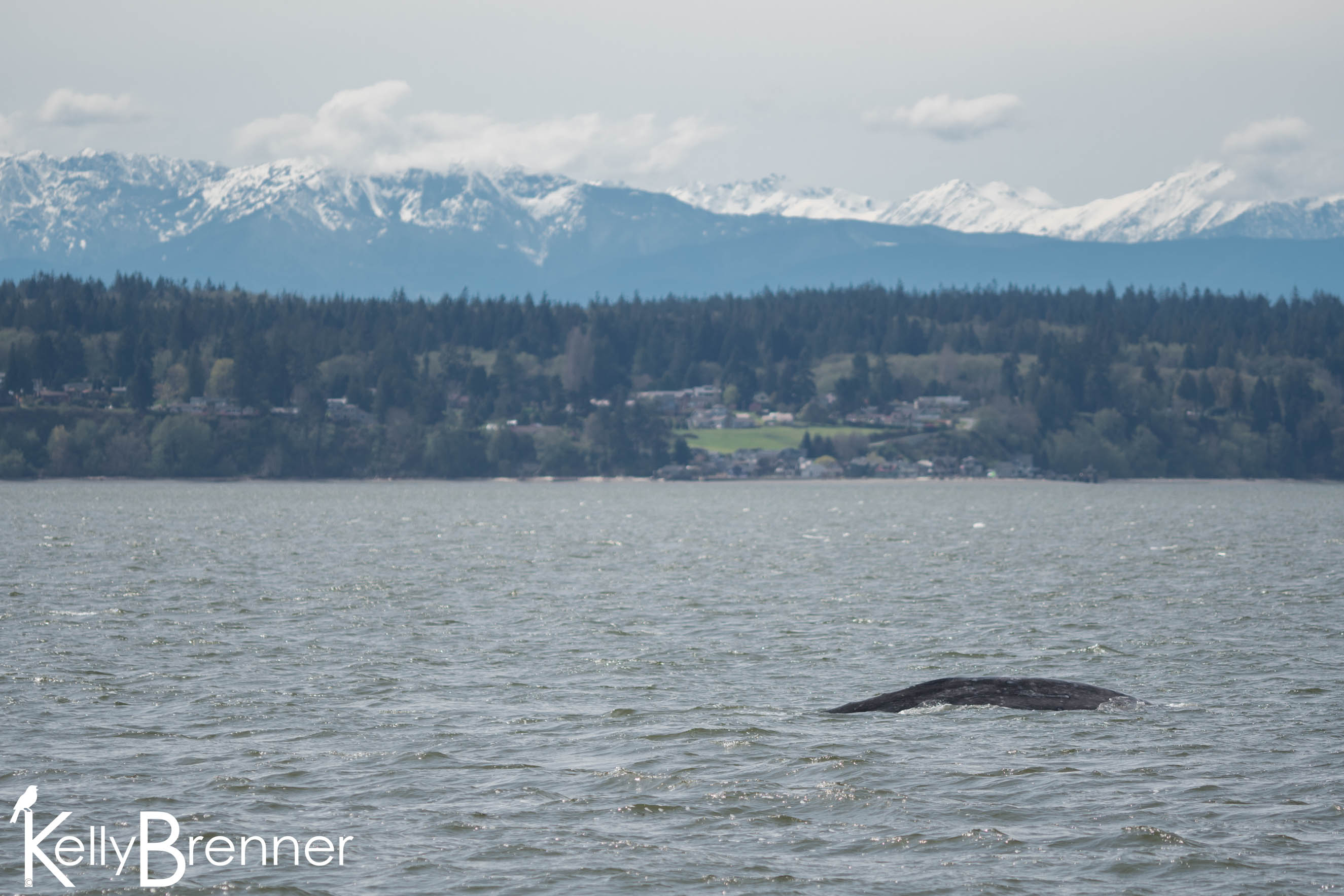 During spring break earlier in April I booked an excursion on a whale watching boat with my daughter to see if we could find some whales. I waited until the week before to consult the forecast before making our reservations as our Seattle weather has been quite a roller-coaster. Fortunately the day turned out to be just as nice as the forecast promised with some sun and only light wind.

Puget Sound was relatively calm and when we arrived we were glad to hear they had spotted Gray Whales on their morning tour. As we left the harbor in Edmonds, we spotted our first wildlife, a harbor seal basking on a dock while a few cormorants perched on posts. We rounded the jetty and set off north towards Whidbey Island where they had seen the whales a few hours earlier.

The tour company claimed the boat we were on was the fastest on Puget Sound and we cruised along at about 34 knots and though the water was a little choppy, we felt none of it as we sped along over the surface. It wasn’t long before we arrived in the waters between Whidbey Island and Everett. As soon as we slowed down everyone went out to the front of the boat to look for the whales. Within a minute or two the captain had seen a spout and we took off after it. As we slowed again, we all saw another spout and then another. Soon we were close enough to see the whale’s backs as they surfaced.

For an hour or so we trailed behind the two Gray Whales as they dove and surfaced, sometimes further away, other times quite close. At one point the whales turned in front of our boat and the captain had to kill the engine and wait until they had moved away to turn the boat and follow. The boat’s crew knew which individual whales we were watching because these whales regularly stop in Puget Sound during their annual migration north. According to the Orca Network:

In Washington, Gray whales were once thought to be strictly seasonal travelers along the outer coast. We now know that these waters are more than just a stop on a migratory route for some. Two small groups of Grays often turn east into Washington’s inland waters, usually during the spring northern migration. Some of them stay all summer.

The first group seems to know where the best feeding grounds are. From ten to twelve Grays return most years to northwestern Whidbey Island or southeastern Whidbey Island and Port Susan, Camano Island, feeding on ghost shrimp and tubeworms for several months. In recent years (2008-2009) more gray whales have been reported feeding in more areas around Whidbey Island, including Holmes Harbor and along Whidbey Naval Air Station and Joseph Whidbey State Park near Oak Harbor. They also appear to be arriving earlier – some in January – and staying later – some not leaving until July.

The most surprising part to me was the smell. I’ve seen whales from shore and heard their spouts, but I had never smelled them. As we were consistently downwind of the whales as we followed them, when they blew their breath out, we’d smell it a few seconds later. The crew described it as something between broccoli, rotten eggs and I can’t remember what else. My daughter thought it smelled like poo. I can’t say what it smelled like, it’s organic, somewhat familiar and not entirely pleasant. I know it’s not something I’ll soon forget.

It was a very nice experience to see the whales from the water and follow them along as they fed. We didn’t see any dramatic behavior like breaching and only once saw a fluke, but it was still a memorable encounter. I’m inspired to now try some of the other Puget Sound whale tours to find different species like Orcas and Minkes. 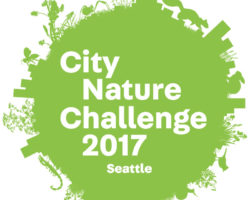 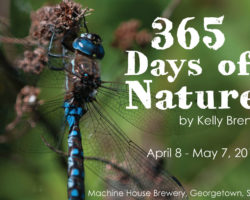 Beginning Saturday, April 8th, I will be showing photography from my 365 Nature Project at Machine House Brewery in the Georgetown neighborhood in Seattle. The photos will be on view for a month, until May 7th. All the photos I've