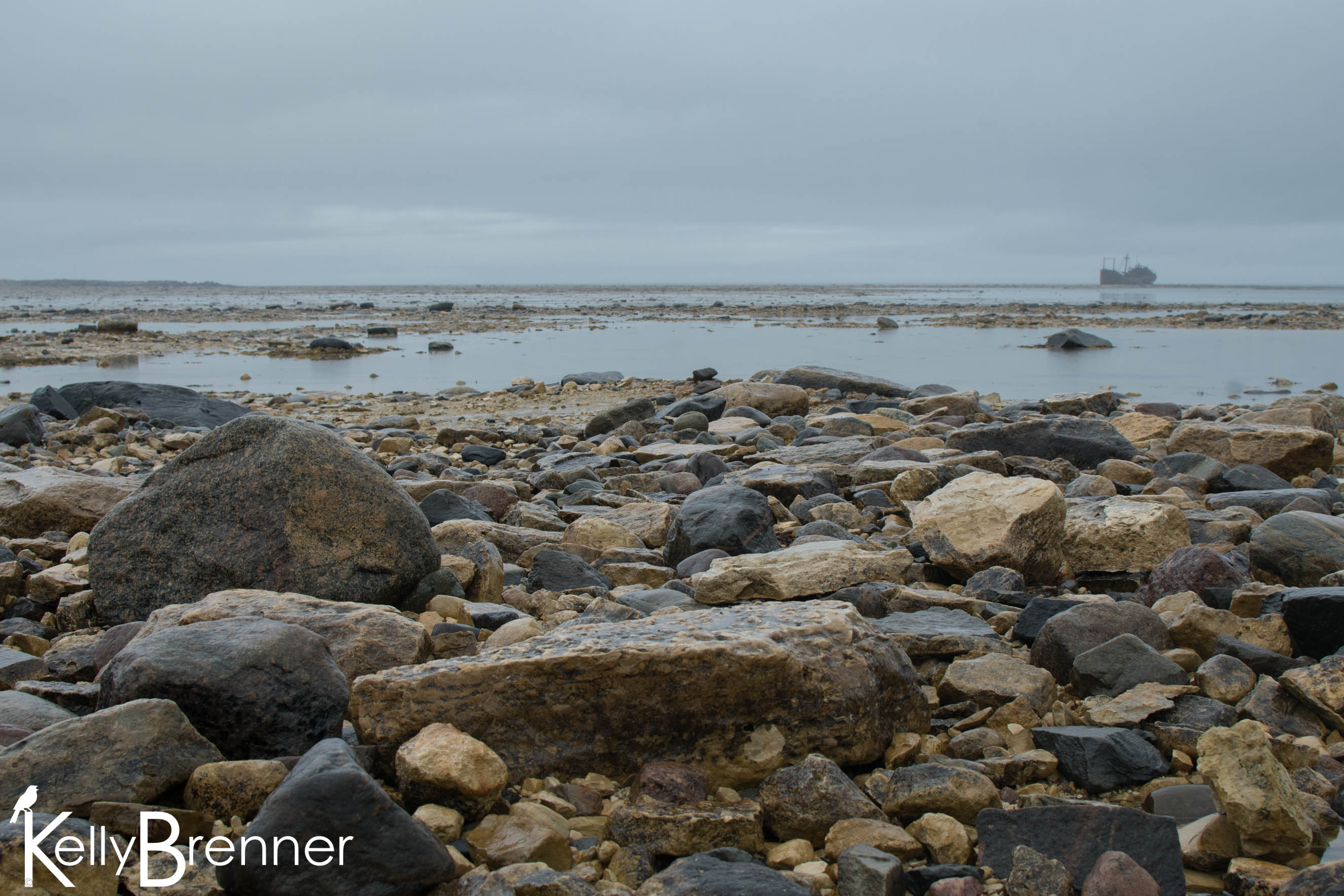 Churchill, Manitoba is a flat landscape, most of the topography long ago scraped away by glaciers. However, we were on our way to see Churchill’s highest point as part of my learning vacation with the  Churchill Northern Studies Centre. We took a long drive on a bumpy road which slowly became more of a track with branches steadily encroaching enough to eventually knock the antenna off of the top of our van. We disturbed the wildlife and unseen by myself, snowshoe hares scattered in front of the van. We arrived at the top of the hill, a mound in the middle of a flat expanse of land. Surrounding the hill was a marshy area of permafrost, historically part of Hudson Bay. From our slight vantage point, I could just make out the current shoreline of the bay on the distant horizon. The hilltop was different from the surrounding land, a boreal forest with black pines and larches crowded on this higher elevation. In the open areas, wild blueberries carpeted the ground and we all took turns bending down to scoop up handfuls of the tiny, sweet berries. We also found wild strawberries and a couple odd dew berries, which are stemless raspberries, all growing flat along the ground. Growing in thick mats, reindeer lichen blanketed the ground in snow-mimicking white.

We walked to Twin Lakes with only a mild swarm of mosquitoes intent on landing on bare, unprotected skin. They found one vulnerable spot on my thumb to make an annoying meal. Although I was constantly swatting them away from my face, we got off easy. One of our guides told me she’s been on this walk when the mosquitoes were so thick in the air, you could part them with your hand like a curtain. At the lake we stopped briefly to take a look at the landscape and have a snack. I spotted some ducks out in the water but they were too annoyingly distant to identify. Along the trail we found multiple wolf scat, feathers and fur sticking out of them. Up in the trees, gray jays, or as they’re called in Canada, whiskey jacks, called and flew. On our return, from the van we spotted a willow ptarmigan female with a sizable brood of young running along.

In the afternoon we were scheduled for an intertidal walk, but rain and fog altered our plans. Low visibility creates a polar bear risk and the white bears are often seen at Bird Cove, where we were going. We had two extra bear spotters with us who took up points on the overlook because a bear had been seen there recently. As it was we were eager to explore the rocky beach because of the fossils which had been found there.

Churchill has a famous fossil found right on this shore. In 1998 Isotelus rex was discovered in Churchill and is the world’s largest trilobite. Not only is it the largest, but it’s the largest by an astonishing 70%. The original was on display in Winnipeg, but we saw a reproduction cast of it in Churchill later. The trilobite isn’t the only claim to fame for Churchill. It’s also where the oldest horseshoe crab was discovered, and a new genus. Luataspis aurora is 445 million years old, at least 100 million years older than any other documented fossil. While we didn’t hope to find such magnificent fossils (well maybe a little), I had hopes of discovering something in the pouring rain.

I scoured the ground, turning over rocks, squinting at every groove and fissure on each stone I plucked off the ground. There were plenty of large rocks with dozens of fossils in them, but finding smaller, more portable ones, was more challenging. My persistence paid off though and I found a couple of small rocks, one which was a coral and another which looked like a leaf imprint. Then I found my jackpot, a small, wedge-shaped rock about five inches across with several fossils embedded in it. Though dripping wet and tired I was thrilled and felt like doing a victory lap.

Instead I surveyed the landscape. The shoreline was rocky with shallow areas retaining water from the bay and in the pools I found amphipods darting away from my digging hands and many tiny snails. On the horizon sat the Ithaca, the site of our original destination and a reminder of how severe the weather can be there. The ship, now wrecked, was caught in a storm in 1960 and the 80 mph winds pushed it ashore dragging the anchors with it. There it stays, a monument to the human vulnerability of this region. 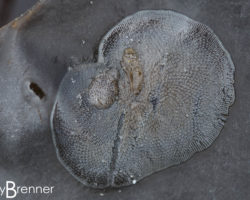 Last week produced some of the lowest tides of the year and I spent two days exploring at Alki Beach in West Seattle. The first day I investigated the rocky area and some eelgrass beds on the south end of 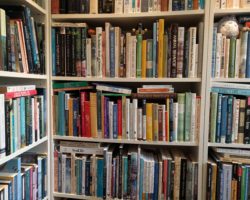 Somehow I managed to read 74 books during the year, so far, not counting picture books. They range from natural history to poetry, graphic novels and much in between. Below is a selection of some of the most notable books