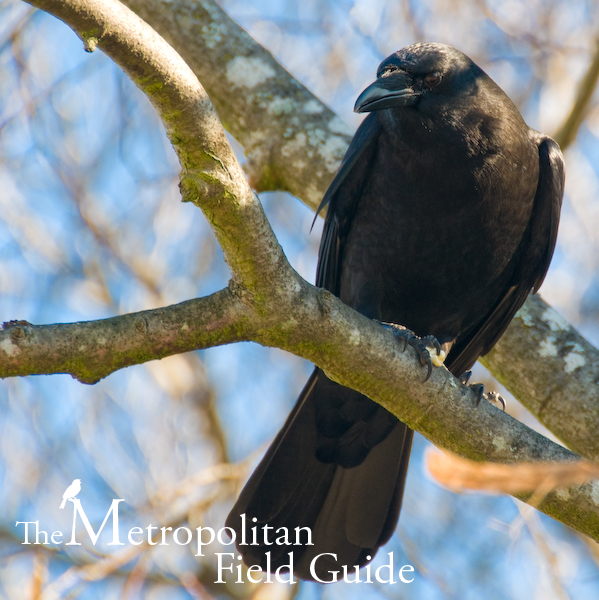 Crows are everywhere, throughout the world, but in Seattle they seem to have a special place of their own. The humble crow is abundant in Seattle, but unlike House Sparrows or Starlings, they warrant a lot of attention. You could eat at Crow Restaurant, buy a yacht from Crow’s Nest Yachts, schedule a treatment at Crow’s Wing Spa, reserve the Crows Nest Room at the Chambered Nautilus Bed and Breakfast, get your next home inspection from Seattle Nest Home Inspections, cheer for the Seattle Crows Baseball Club or dance to the rockabilly band the Holy Crows. The crow is also the symbol of the Capitol Hill neighborhood blog. Every spring the crows make news on local blogs, television and radio stations and newspapers as they dive at unsuspecting people from walkers, joggers, dogs and even police officers. Most of the time the advice is the same, avoid the juvenile crows on the ground to avoid a dive-bombing and whatever you do, don’t think you’re helping by picking them up.

Two of the most prominent authors on crows are from Seattle. Lyanda Lynn Haupt, author of the fantastic book Crow Planet: Essential Wisdom from the Urban Wilderness

and University of Washington professor John M. Marzluff author of In the Company of Crows and Ravens

There are a lot of crows in Seattle. As the human population increased, so did the crow population. Urban crow populations are greater than those in the wild. A study by John Marzluff, featured in In the Company of Crows and Ravens

found that urban crows require less than one-tenth of the territory of their counterparts living in wild settings use. This equates to a mated pair only defending an area the size of a few house lots while those in more wild settings defend several square miles. Why the city crows need less area has to do with food availability, there is a lot of human waste to scavenge for in cities. That’s not the entire story however, if that was the only case, then populations would not keep exploding and more or less maintain themselves. The book suggests the reason city populations continue to grow is because of immigration from the suburbs. As the suburbs continue to expand, more dispersing juvenile crows head for the city where they stay for several years to reap the bounty of food. As more suburbs and developments replace habitats such as forests, wetlands and prairies, they are adding crow habitat in places which were previously not breeding habitat for crows. The book gives a staggering idea of this; between 1991 and 1999, 826 square kilometers of forest was transformed into urban space. Since more than 3 mated pairs can inhabit a single square kilometer, this provided new breeding habitat for over 2,600 breeding pairs of crows.

During the winter hundreds of crows roost together at dusk along Union Bay. They have been known to roost on Marsh and Foster Islands, an area at the north end of the Washington Park Arboretum. Across the bay, they have also been seen arriving in the morning in a parking lot, just to the east of Husky Stadium and part of the University of Washington Campus. In the Company of Crows and Ravens suggests the reason they roost in this place is one of historic tradition. Years ago, the Union Bay Natural Area and surrounding parking lots were part of a landfill where crows found an abundance of food. The book suggests this could explain the reason for the proximity of their roost and morning gathering site at the former landfill, simple tradition.

As Haupt says in Crow Planet, everyone has a crow story. Since moving to Seattle and reading Crow Planet, I’ve become much more aware of our crows. I’ve watched them mob Coopers Hawks preying on pigeons and I’ve seen them harass the Bald Eagles which regularly fly over the city. I’ve watched them dive-bomb pedestrians who walked too close to a juvenile on the ground and I’ve even been hit by feathers on the back of the head myself. I regularly watch them play games of ‘king of the hill’ on an antennae wire on the very top of a 10+ story apartment building across the street. I’ve seen them nest in the branches directly over a downtown street.

Their abundance, intelligence black sleekness, social behavior, intelligence and interactions with us makes them one of the few urban wildlife species that regularly gets noticed. The more people know about crows, the more they are impressed and taken with them. They are unwitting ambassadors of the natural world in the city.

Book Review:: Landscaping for Wildlife in the Pacific Northwest

Landscaping for Wildlife in the Pacific Northwest is an essential resource which has been mentioned and linked to countless times in various posts over time. Written by Russell Link, a wildlife biologist with the Washington Department of Fish and Wildlife,

In the latest installment of Friday Film we look at a short film titled Life Nature You by Myles Thompson. This film reminds us that wildlife is everywhere, even in a small patch of lawn in a suburban yard. The filmmakers