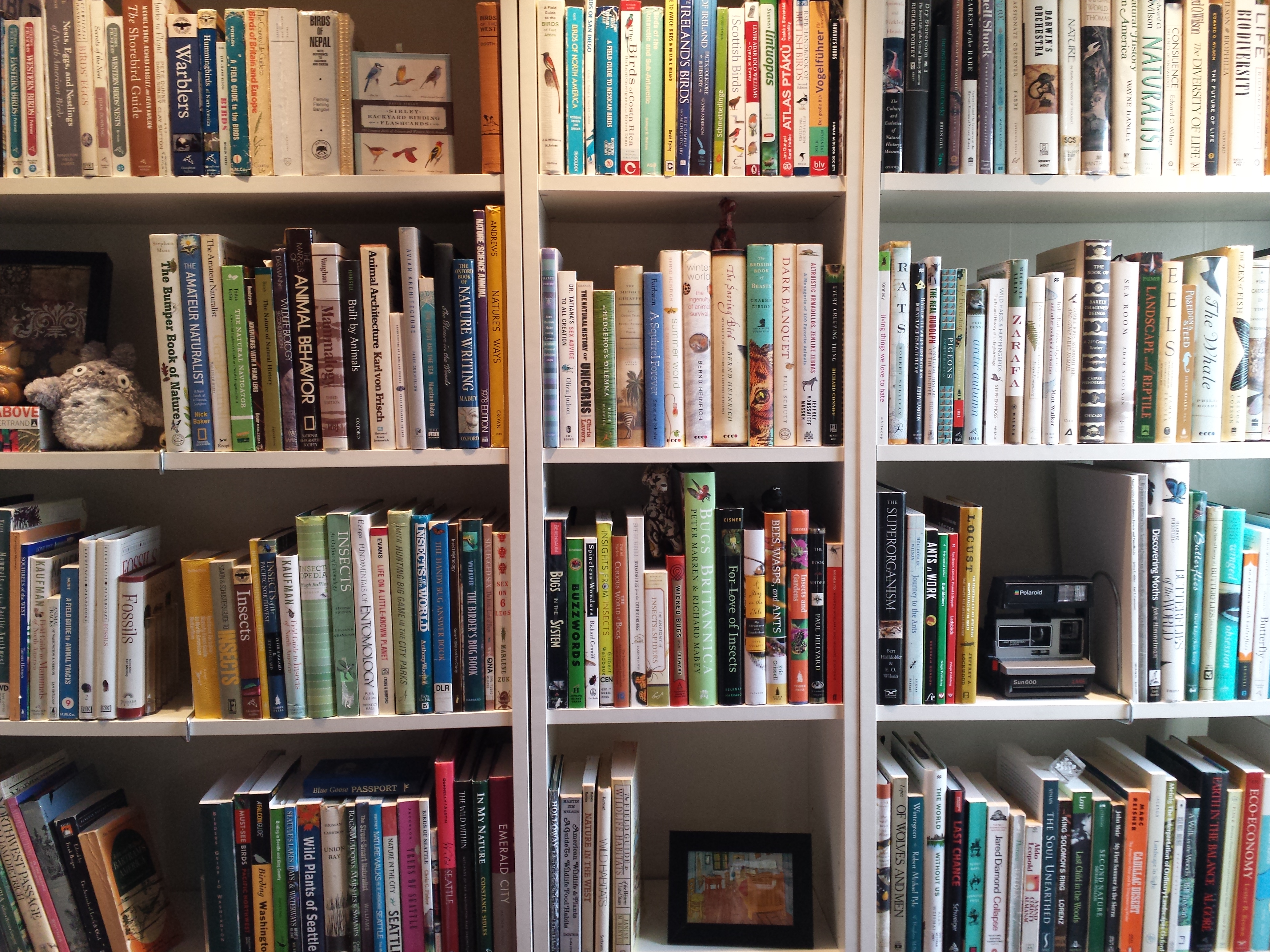 This post is a contribution to the Earth Day Reading Project – Blog Meme, from The Sage Butterfly. Adrian, from the Ecological Gardening blog invited me to participate in this project. The idea is to “list at least three books that inspired you to perform any sustainable living act or inspired you to live green, and then tell us why they inspired you. These books do not have to be about green living.”

UPDATE:: You can now find a summary of all of the blogs that participated and the books which were chosen on The Sage Butterfly. 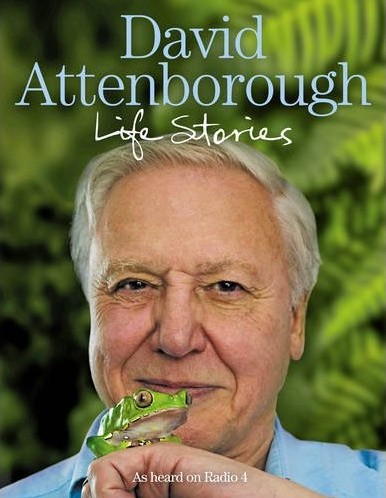 There have been no influences or inspirations in my life greater than David Attenborough. I’ve long been a fan of his TV shows which include some of the more recent productions such as Life, Planet Earth, Blue Planet: Seas of Life, and the entire Life series. Less known are some of his earlier works which are equally great and include, The Living Planet, Life on Earth, Trials of Life and The Private Life of Plants. I’ve collected nearly all of his DVD’s and had to get an all region DVD player just to be able to watch them all because many have not been released in the U.S. Accompanying most of his programs are books that he’s written, most of which I’ve also collected over time. They follow the TV series closely, adding more detail and insight and are a joy to browse through periodically. In addition to the books which accompany the shows, he’s also written two other books, his autobiography titled Life on Air: Memoirs of a Broadcaster

, as well as a collection of stories which originally aired on BBC Radio titled David Attenborough’s Life Stories

There are many reasons that David Attenborough’s work inspired me. His shows and books have strictly followed his philosophy of showing people how wonderful and beautiful nature is and letting them choose to protect it instead of telling them to. This philosophy is one that I’ve tried to follow as well. His work is full of inspiration, awe and often innovative. It’s presented in a way that anyone can appreciate, but scientific enough to be used in universities and other classes as a teaching aid. I also appreciate his work in anthropology and his recognition of the importance of the human-nature connection. The First Eden: The Mediterranean World And Man

, discusses that early connection. He also appreciates culture, from ancient tribal art to modern music. He’s said in interviews when asked why he lives in the city, it’s because he likes to be close to culture although many people expect him to shun it to live in the country. His autobiography is awe-inspiring and would make anyone want to be better at what they do. He’s led a life that can’t be replicated today, many of the places he visited have since become tourist destinations and many of the species he filmed are now endangered. His contribution to the natural world is one of the greatest, introducing multiple generations to the natural world and teaching us how to love and appreciate it. He’s extremely humble about his accomplishments, subtle, yet proud of his work. Many of the ideas he discusses in his autobiography stay with me and surely will the rest of my life. 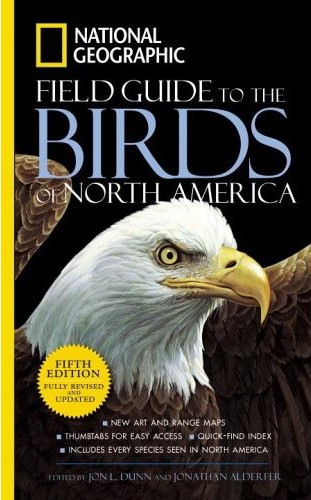 When I was growing up, each member of my family had their own bird field guide. Mine happened to be the Peterson Field Guide to Birds of Western North America. In my youth I spent a lot of time in the Cascade mountains of the beautiful Columbia River Gorge, a landscape shaped by glaciers and massive floods. Nature was what we did for fun. We caught Alligator Lizards, caterpillars, beetles, Rubber Boas, watched birds, deer and elk, squirrels and chipmunks and at night we watched the stars. A time came when we wanted to learn more, so we all got field guides, four different guides. We’d venture out into the forest, or to the east side of the mountains into the arid regions of Washington, into clear-cuts or lakes to watch the birds and learn to identify them. Watching nature as a kid is one thing, but the minute one gets a field guide, something changes. The birds become individuals, each with it’s own name, it’s own habits, look and voice. Once they’re individuals, then you want to get to know them, what they eat, where they live, what their homes look like. I became educated and although at the time I certainly didn’t appreciate it, I gained a skill to learn about wildlife as individuals, with different stories, needs and lives.

I have to give partial credit to the field guide for setting me on the path I am today. The first step in creating habitat is knowing about species, and the first step in learning about species is learning to identify them. It’s a skill that can be useful for more than simply bird watching. Learning to observe a single species, their behavior and their surroundings teaches a person better observation skills in general. It is beneficial in learning about ecology but it’s equally beneficial in gaining street smarts and always being aware of your surroundings. It teaches one to be curious, to make connections and to think critically about a range of topics and issues. Today I’ve moved on to the National Geographic Field Guide to the Birds of North America, but I also have on my shelf field guides for reptiles, amphibians, butterflies and moths, insects, trees, mammals, wildflowers and dragonflies. I’ve collected field guides for places I’ve never been like Nepal and the Antartic and places that I have been like Europe. And my original Peterson guide still has a place with the rest of them. 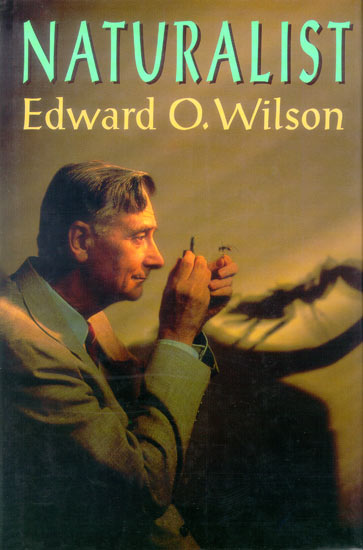 A more recent book to influence me was Naturalist

, the autobiography of E. O. Wilson, one of the greatest living scientists of our time. Like David Attenborough, he’s extremely humble about his accomplishments and skills, casually mentioning awards won and book and papers written. I first became familiar with Wilson during ecology classes at my university. His Biophilia hypothesis surfaced from time to time in my landscape architecture classes as well. It wasn’t until I was out of school however, that I became more acquainted with his work. I first read the fantastic Biophilia

not long ago and thoroughly enjoyed it and very recently picked up Naturalist to learn more. An expert on ants, his interest growing up spanned widely among insects, reptiles and other wildlife found in Alabama and Florida. His path and success in life is also awe-inspiring. He’s won many awards and recognitions for his work, written countless scientific papers and books and he defined multiple ecology theories such as island biogeography, biophilia and one I’m reading about now, consilience. I was lucky enough to find his Pulitzer Prize winning book, The Ants

at our local library book sale for $1.

Reading his book made me want to start all over again, go back to school to become a scientist. Realizing this was not a realistic goal any longer, I instead resolved to commit myself to furthering my education on my own and look for classes to learn more about entomology. I’d been reading and becoming more fascinated by moths and flies recently and this book encouraged that interest and drove me to further it. I’ve since bought several books on insects including The Insects: An Outline of Entomology, Bugs In The System: Insects And Their Impact On Human Affairs, and a handful of other insect books I found at the library book sale. While I may never become a scientist or naturalist like E. O. Wilson or David Attenborough, I can use their stories, philosophies and lessons to improve myself and my work and be grateful that such wonderful people are contributing so much in my lifetime.

Here is a wonderful short film featuring urban wildlife in Jersey City. The footage features osprey, kingfishers, egrets and more. It's always great to see people feature urban nature because there's not nearly enough focus and exploration of the urban