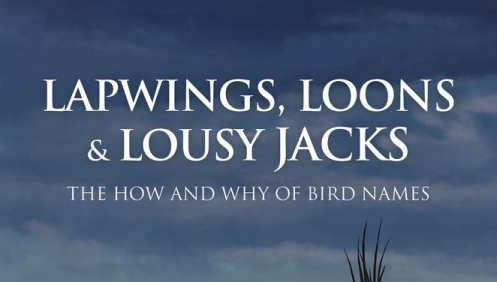 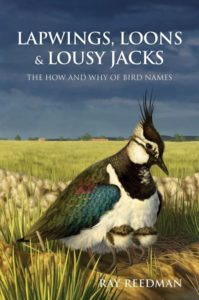 The exact moment I became interested in bird names was the day I was walking through a Finnish nature reserve listening to an unfamiliar bird call and searching the trees trying to find it. As I stood looking and listening, an old man walked by, mumbled something in Finnish to my companion and wandered off. I learned from my Finnish speaking companion that the old man had told him the bird singing was a Tikli, which of course meant nothing to me at the time. Fortunately, I had purchased a bird guide in Finnish and was later able to crawl through the pages to discover what a Tikli was. I was thrilled to discover it was a European Goldfinch, a bird I would have loved to see. After that I doubled my birding efforts and finally did find a flock of goldfinches later in the trip and immediately called them Tikli. The name Tikli never left me and became the start of a fascination with bird names.

Later, when I visited Ireland, I found a book on the names of birds that dove deep into the folklore of their origins. As we walked along the sea cliffs and through the Irish forests and watched for birds, the lore of each species created a sense of place in my mind. A bird I’d seen elsewhere was entirely different in Ireland because it had a different history, illustrated through it’s name. Now each place I go, it’s like meeting a bird anew. That’s the power of a name.

When we now travel, I always buy a field guide to birds in the local language so I can learn the names of the birds as the residents living there know them. Of course, the names in the book are the official common name  – birds frequently have local names as well. For example here in the Pacific Northwest, the Gray Jay is also known as a Camp Robber, while a little further north in Canada, it’s a Whiskey Jack. Names of birds are fascinating and can tell us a great deal about our own history as well as information about the bird.

These names are the focus of Lapwings, Loons & Lousy Jacks: The How and Why of Bird Names, by Ray Reedman. This fascinating book is not a simple dictionary repeating the same information many other books on bird names do. It’s a thorough discussion of the how and why, as the title suggests.

The opening sections dive into how bird names began, with Linneaus back to Aristotle. There’s a detailed discussion on the ‘inner sanctum’ of scientific names that gives a broad overview on how birds are named. Some are named for people, some describe the bird’s behavior or appearance, the sounds they make (Coots) and some based on geographic locations (occidentalis meaning western). Some names tell more about the person who named the bird than the bird itself.

The rest of the book is a walk through bird families and species, exploring both common and scientific names and how they came to be. What follows is a twisted labyrinth of languages and ideas mixed together. The bird are not all interestingly named, such as pelicans, which Reedman describes as “pretty plain fare” linguistically. And some have a tangled name based on erroneous information such as that of the Osprey where the zoologist who bestowed the name Pandion haliaetus for the Greek king Pandion. This zoologist was apparently not a history scholar though, because it was Pandion’s son, Nisus who was turned into a hawk, not Pandion himself. Wrong king.

The European Goldfinch is an example of a name stemming from behavior and their scientific name, Carduelis carduelis, refers to their favorite food, Carduus meaning thistle. The American counterpart is named more interestingly, Spinus tristis as the latter half of the name means ‘sad’. A curious name for a cheery yellow bird. Our jays have an interesting and complicated history going back to Chaucer and Shakespeare with the original popinjay. Some names have sadly been lost from history and Reedman can only speculate on their origins. Our Gray Jay’s name, Perisoreus canadensis is now obscured, but Reedman suspects it comes from Greek.

The end of the book helpfully includes a summary of classical legends and other folklore tales which were instrumental in some bird’s names. There’s also a discussion on North American and Australian common names. I particularly appreciated the North American name section as most the book focuses on European species, although others are certainly included. Reedman explains how American names came to be a unique mix of culture and language. As immigrants, explorers and settlers arrived in America, they brought their languages with them. In some cases English, but others as well. There are quite a few names assigned to birds in America, such as robin, oriole, blackbird, warbler and restart, which are entirely different species as their counterparts in Europe. Some look superficially like their European counterparts, but are often in entirely different families. At the same time, there is a small amount  of evidence of Native American names having influenced bird names. French and Spanish likewise played roles in naming the New World’s birds. Our melting pot created a unique meld of names, reflecting our own, complicated history.

The book is not dry reading as it’s full of personal stories and thoughts from a writer who obviously takes delight in the subject at hand. But it is a dense book, every sentence packed full of information. It’s not a leisure book and it’s impossible to take it all in in one sitting. This is a book you’ll keep picking up to discover more, or to keep on a shelf for continual reference. This book will take the place of honor among the other bird name books currently on my shelf. 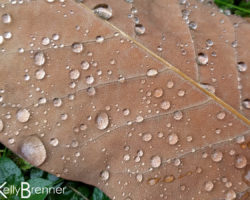 In 2016 I’m doing a 365 Nature project. Learn more about the project and see all the 365 Nature posts. It's satisfying to change out the number two for the number three today. That means only 65 days left, or really, 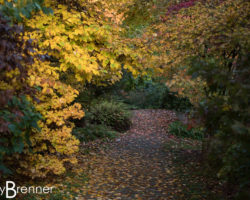 In 2016 I’m doing a 365 Nature project. Learn more about the project and see all the 365 Nature posts. The complete opposite of yesterday, this morning was much brighter and the sun even came out. Naturally, I didn't bring my