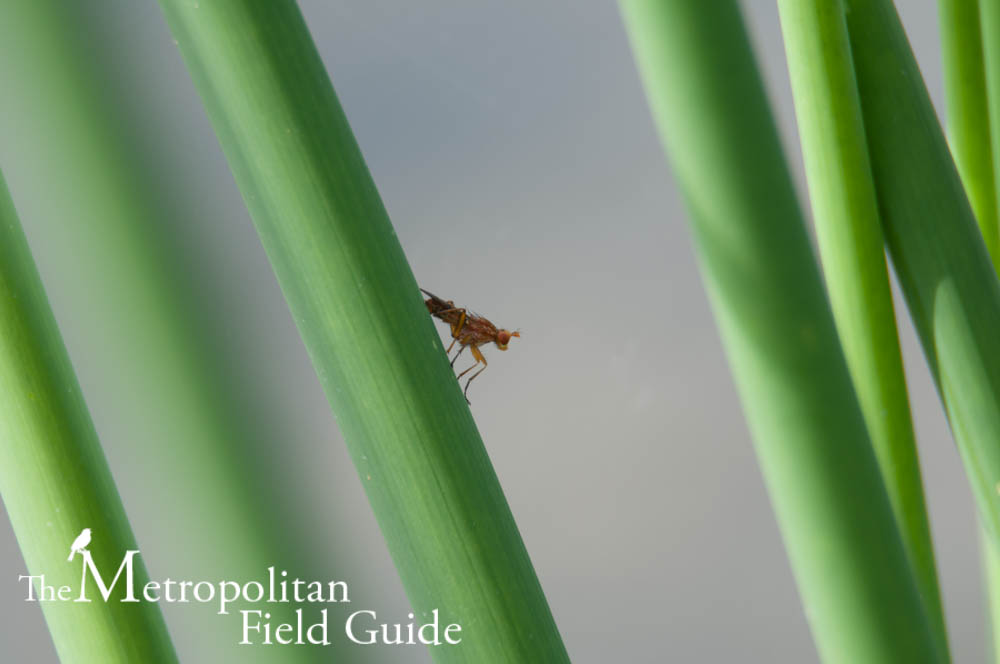 Book Review:: Bugs in the System 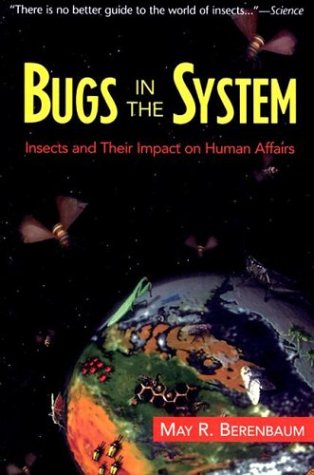 Bugs In The System: Insects And Their Impact On Human Affairs by May R. Berenbaum is a fantastic guide to the world of insects. Not only does it introduce basics of insect biology and behavior, it also delves into the fascinating world of cultural entomology and their impact on humans. It’s a great overview on the world of insects that anyone can appreciate.

The book begins as many books about wildlife do, with taxonomy. I appreciate this topic despite the tedious aspect of if, because it’s so important and it really is quite interesting to learn about taxonomy and classification of different organisms. This book takes the history of taxonomy way back and makes a case for the importance of naming organisms by stating that knowing how something is classified, it can tell you right away something about it. The author also discusses the early stages of our knowledge of the natural world and how a great deal of it was based on unsubstantiated (but entertaining) ‘facts’. Based with this introductory knowledge about classification the book then describes the various insect classes and their basic attributes.

Following classification is physiology which may give many casual readers pause, but it’s written with plenty of examples that include insects many people will be familiar with. There is a great deal of general information ranging on topics from metamorphosis to exoskeletons to reproduction or “sex, bugs and rock and roll”. A wide range of insects are discussed including beetles, bees, flies and butterflies. It’s a good overview of insects in general, much of which we may be surprised we already know, and some we will likely be very surprised to learn.

Behavior of insects is a really interesting chapter which challenges the concept of the ‘busy bee’ and how we often heavily rely on anthropomorphism to explain a lot of animal behavior. There are great tidbits in here such as how butterflies taste plants with their legs to decide where to lay eggs and how bed bugs can use thermoreceptors to find a nice warm body. Insect vision is discussed, which is a valuable concept to understand when trying to design habitat for insects. The book describes compound eyes, wavelength of colors and includes words that would make anyone sound impressive at parties such as phototaxis (orientation with light), ommitidium (individual unit of compound eye) and orocelli (simple eyes). Sounds, pheromones and smells are also concepts introduced in this chapter and are also good concepts to understand to aid in habitat design. Certainly researching specific target species for design is necessary, but having a good general overview of insect behavior is an excellent background to understanding specific species needs.

Social behavior is also covered and is certainly an important topic to understand for not only creating habitat, but maintaining and studying it. Many social ants have close interactions with a variety of caterpillars and aphids which has a direct impact on those species as well as plants. This chapter also addresses the benefit of social insects for humans including the honey bee going back to 6000 B.C. as a food source but also as a method of warfare where beehives were launched into enemy troops. Pollination is one of the most important contributions of insects for the human population. The book touches on the relationship between plants and pollinators, how the flowers attract pollinators and the history of our understanding of pollination. It also discusses the variety of pollinators from social bees and solitary bees to midges, who are to thank for our chocolate supply.

A great portion of insects are herbivores and have been giving gardeners fits for years. However, many of our favorite butterflies require specific plants to dine on as larva. The chapter on these vegetarians discusses the good and the bad and who eats which parts of plants. Like the previous chapter, this one also delves into the always evolving relationship between insects and plants. An interesting topic, and another valuable to designing habitat, is the concept that plants lack full nutrition, so many insects require a variety of plants in their diet to attain all of the necessary nutrients and protein. This chapter also discusses how many of these insects are valuable to us, which is great knowledge to have in your pocket when people ask why they should care about habitat. For example the lac scale provides us with lac, a resin used in a wide variety of products including furniture polish, insulators, sealants, jewelry and billiard balls. Other species of scale insects also provide  biological control of weeds when introduced into an area where weeds are a problem.

The following chapter discusses things that eat insects, including humans, which is common in many locations throughout the world. Insects eating other insects is another topic valuable to understand because it helps us to understand the complex system that plays out in our own yards every day. It also gives us an understanding on biological ways to use insects to control other pest or invasive species of insects. Understanding the complexity of insect defense strategies also enables us to better guess at what insects we may come across in our landscapes, and perhaps prevent us from receiving a nasty sting or from us indiscriminately killing  beneficial or harmless insects. Additionally, understanding the use of camouflage can aid us in finding and survey insects in our landscapes. Also of interest in this chapter is another reason that insects are important to us, for medicine. The author discusses the historic, and often amusing, use of insects of medicine as well as modern uses.

A very interesting and entertaining chapter discusses the impact of insects on  major world events. For anyone who thinks as insects as insignificant, tiny things, this chapter will change your perspective dramatically. From defeating Napoleon’s army to nearly halving the population in London, insects have had a tremendous impact on history. Human understanding of insects and the viruses and diseases they carried was incredibly important to progressing our societies forward. Early understanding of the mosquito being a carrier of yellow fever allowed the U.S. to succeed where France had failed in constructing the Panama Canal.

The following chapters explain in even more detail how important insects are to humans from cultural significance such as the scarab beetles to forensic entomology. Also covered is the art of fly fishing and how essential understanding aquatic insects was to the history of the pastime as well as how aquatic insects are important indicators of aquatic habitats. Further topics coveredinclude insects in the law, phobias, pest control and the EPA. More positive is the discussions of insects as cultural symbols, their appearance in art through the ages and even in movies.

There are many benefits of insects to humans. As mentioned above, they are valuable as food, for pollination and medicines. They also are important culturally in art, movies, books, design and even as pets. For city dwellers however, they are valuable because they are the most prolific wildlife species found in the city. By introducing people to the wonders of insects, particularly the more pleasant ones like bees, butterflies and beetles, it opens a window into the natural world for many. It’s also important to understand insects to help to educate others. Many people don’t understand the value of bees or the uselessness of bug zappers. This is an excellent book to gain insight into the world of insects and their importance to humans and despite being very slightly dated (1995), I highly recommend it.

Bugs In The System: Insects And Their Impact On Human Affairs
May R. Berenbaum
Helix Books
1995 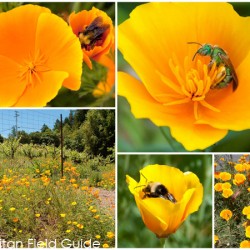 The California poppy (Eschscholzia californica) is an unmistakable bright splash found everywhere from roadsides and traffic circles to rocky slopes and vineyards. In fact early visitors by ship along the California coastline saw the sun hitting the fields of poppies

News Course Changes Rough on Residents:: An interesting article about the attempt of a golf course to provide habitat and the challenges faced from the neighbors. Photo From the Field:: A blog post documenting the installation of a nestbox for Peregrine Falcons on