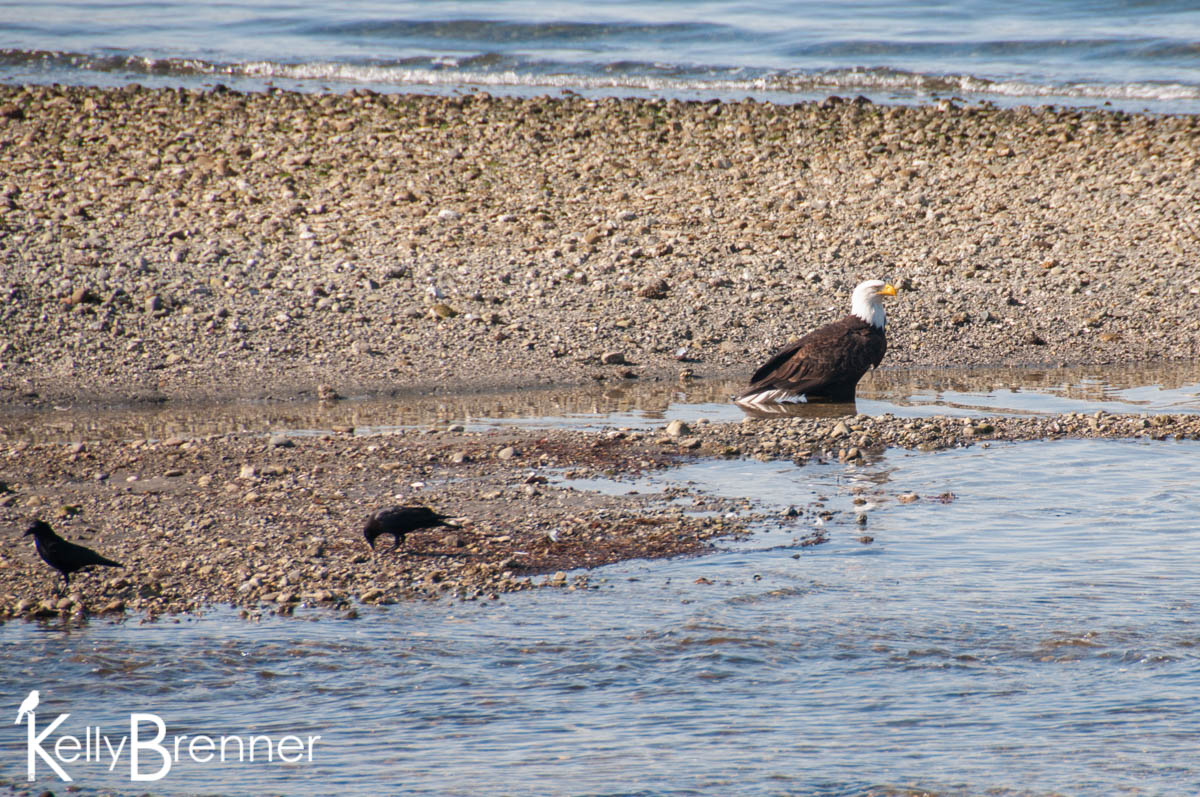 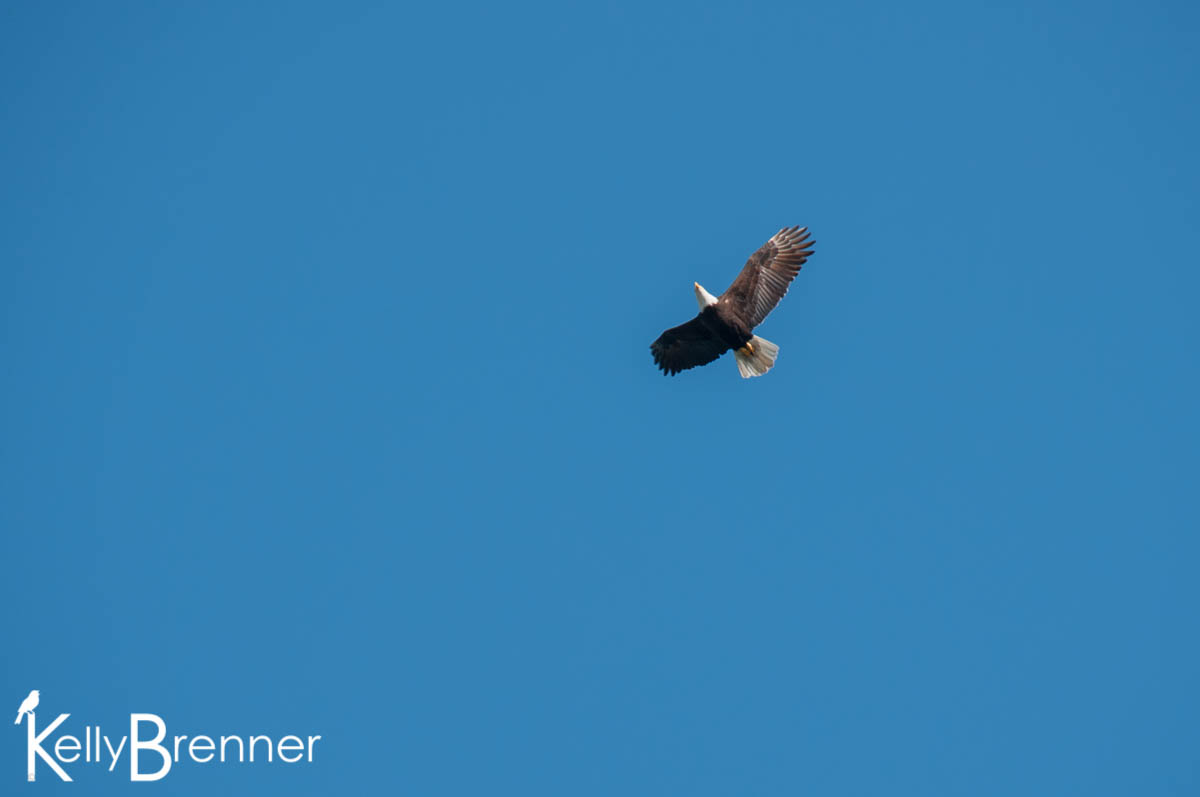 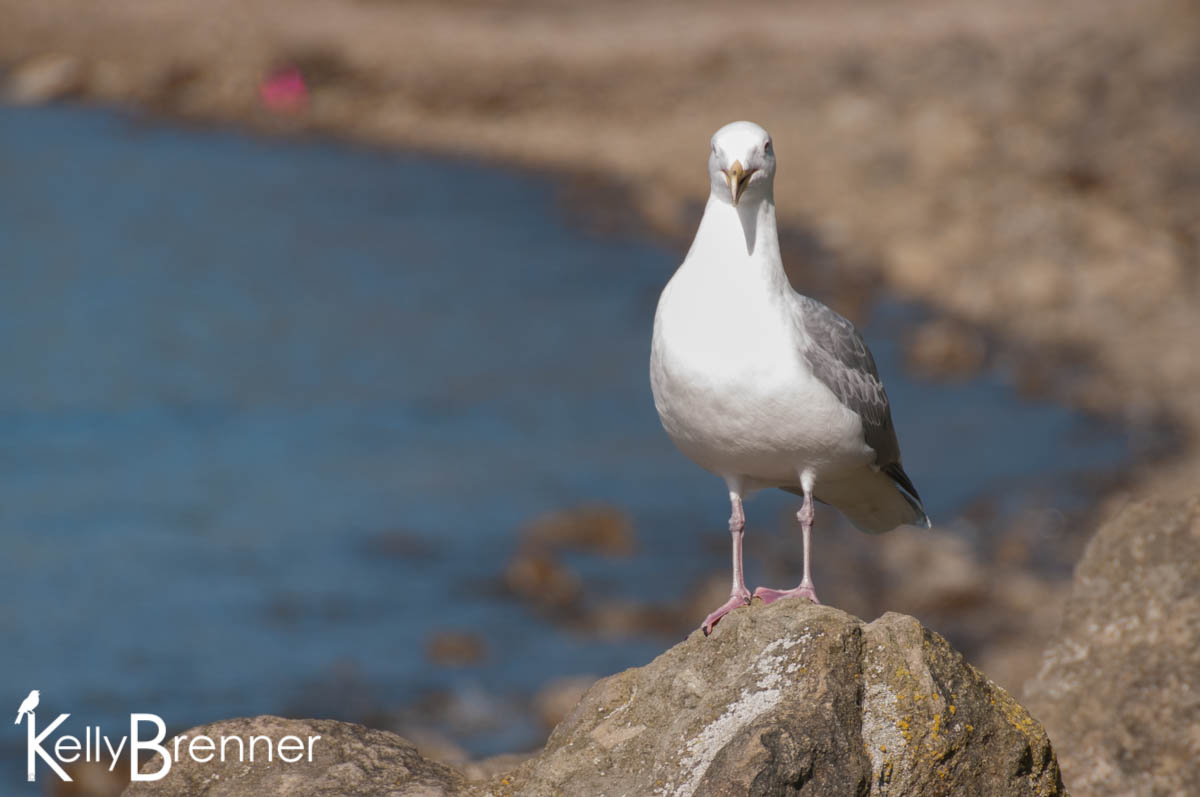 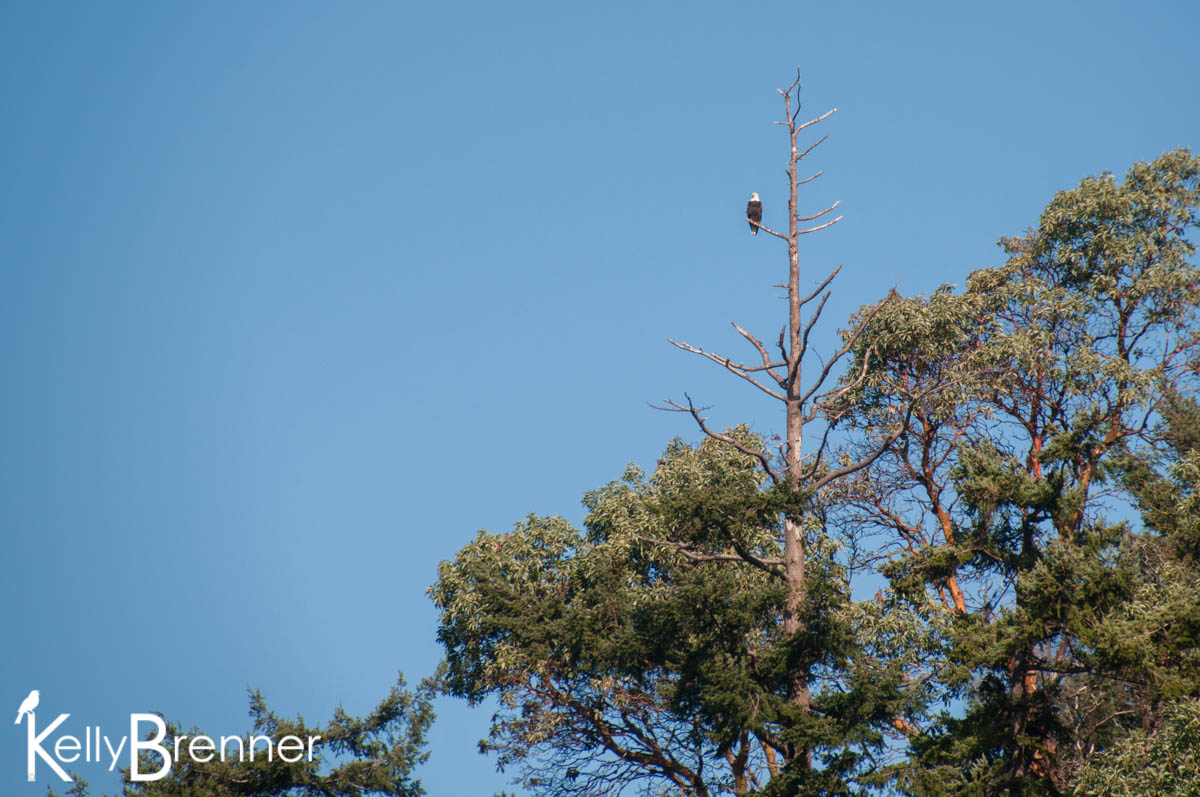 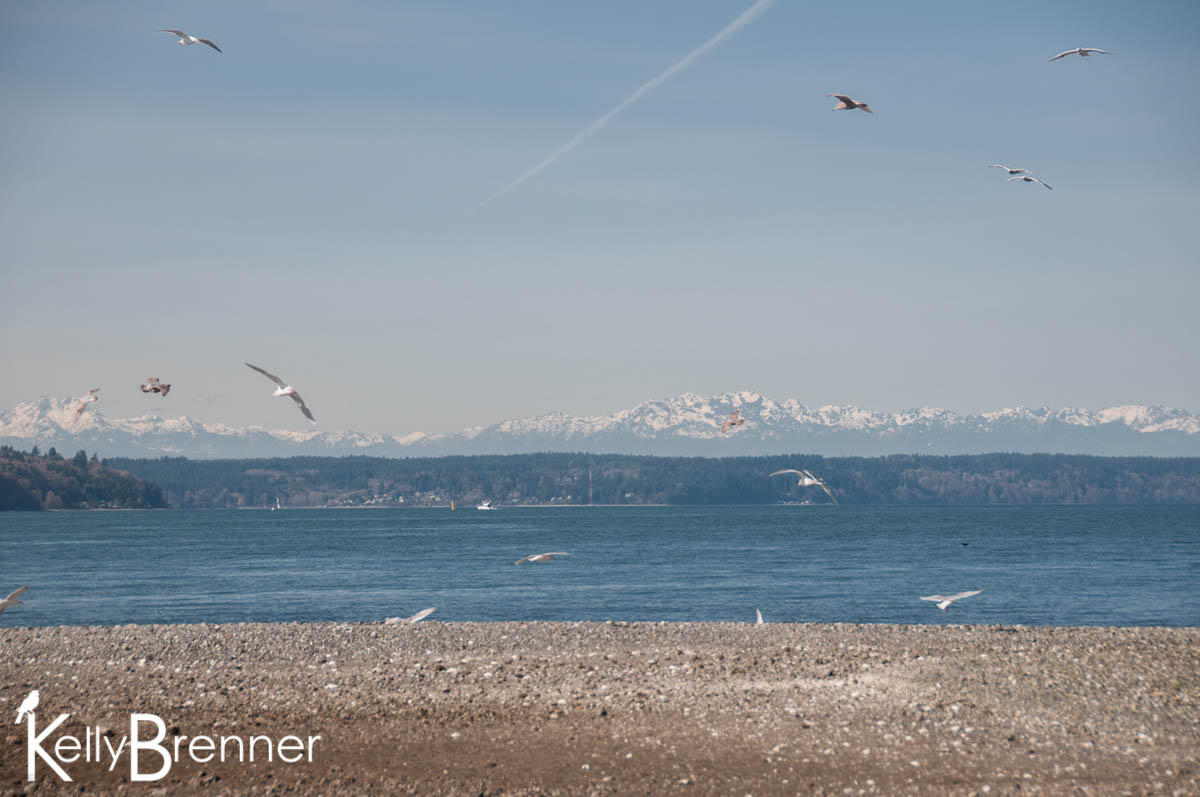 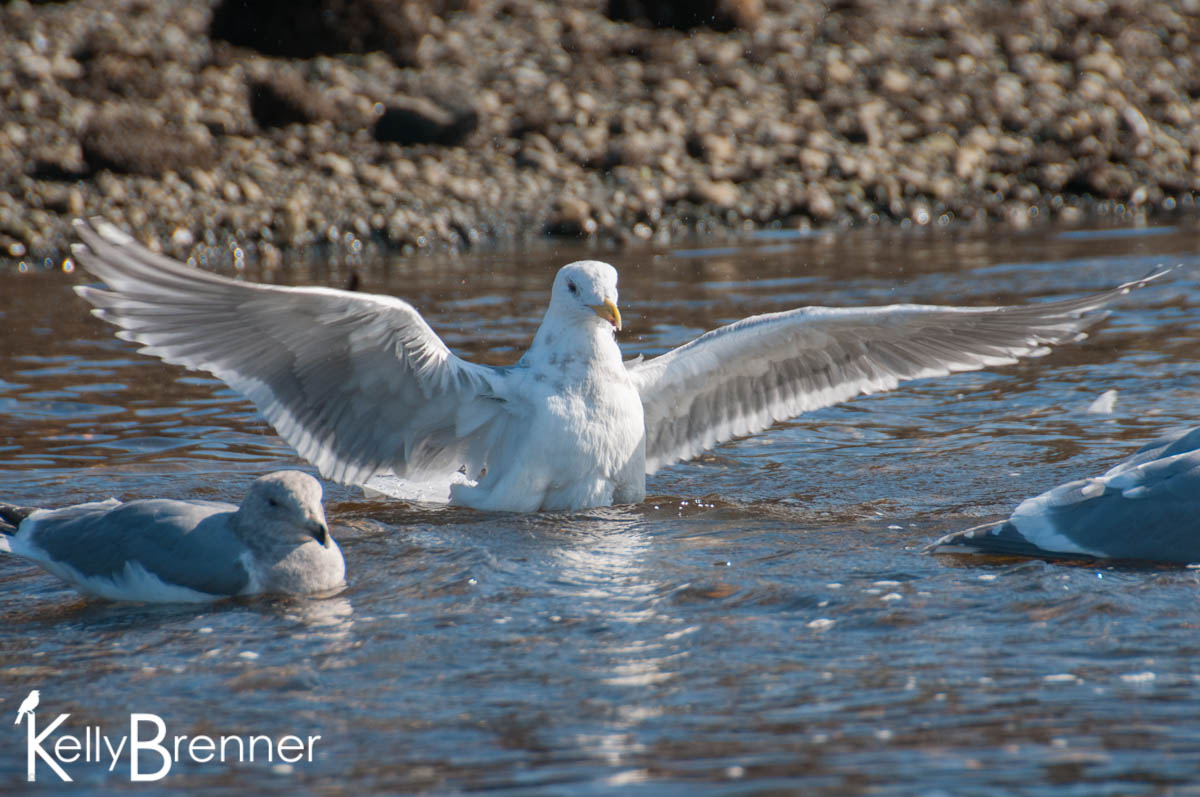 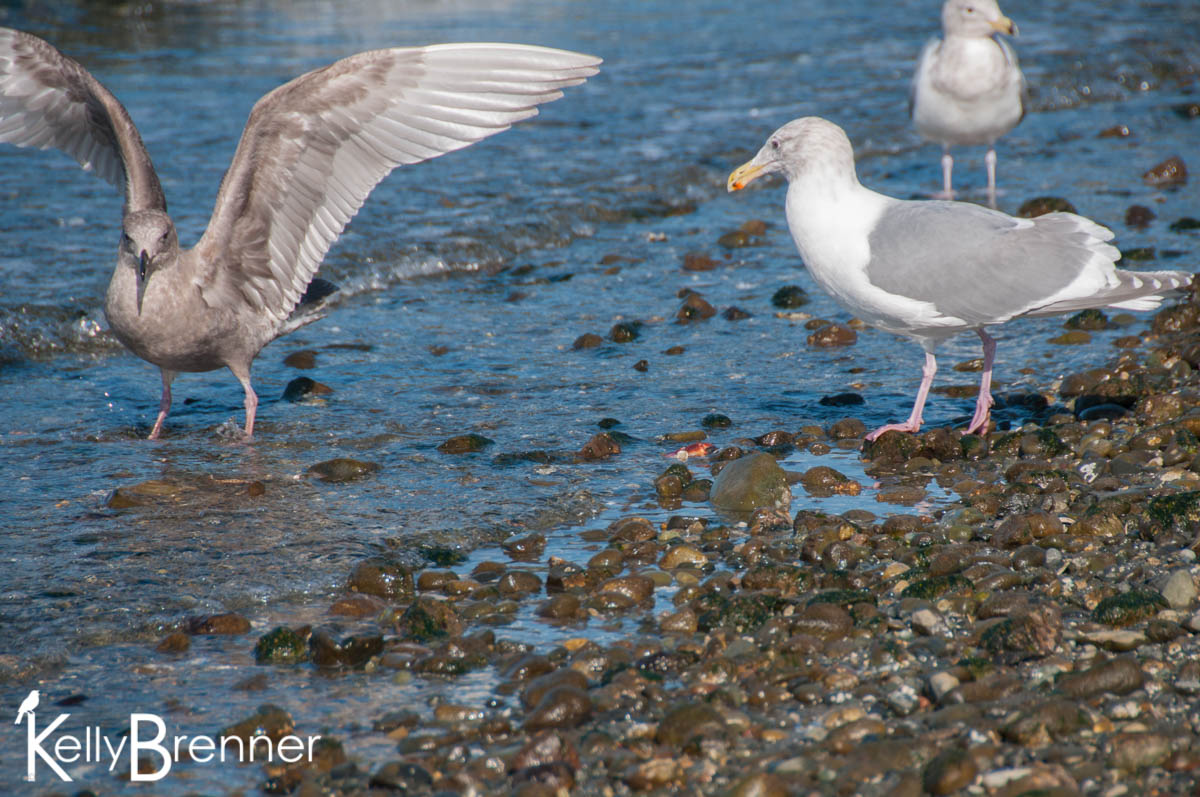 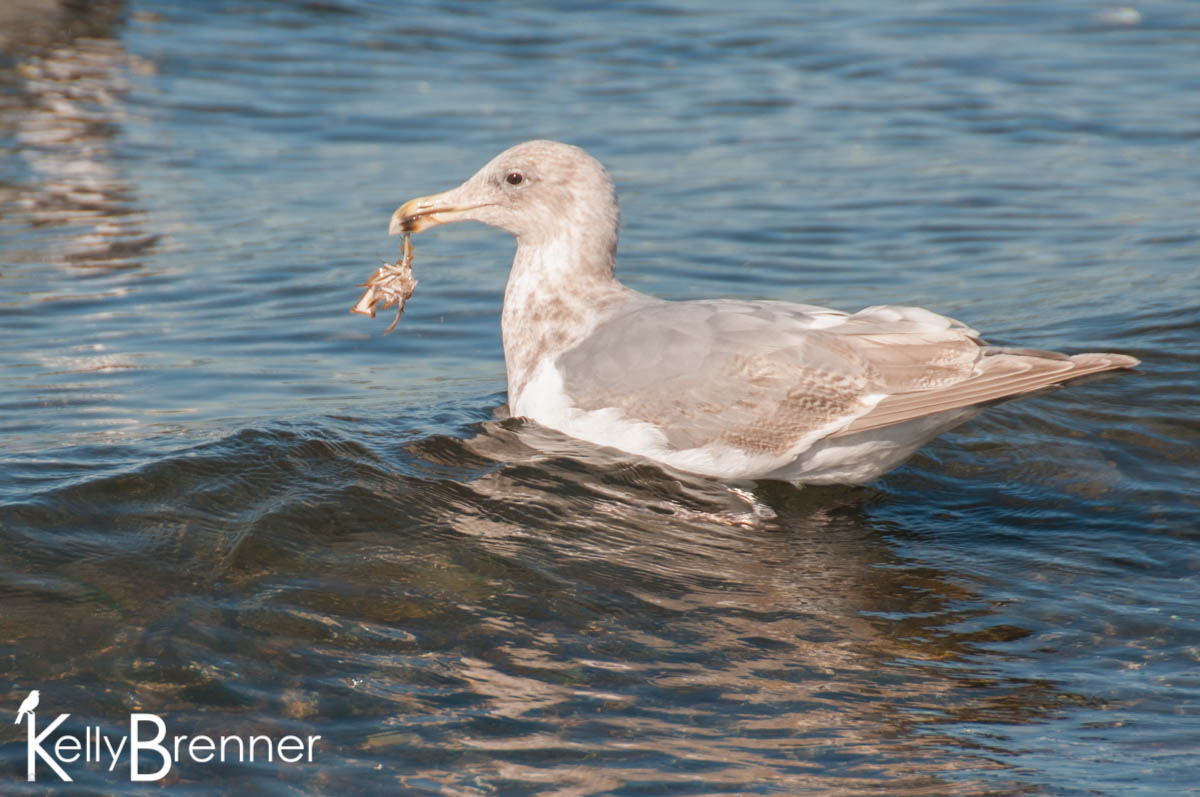 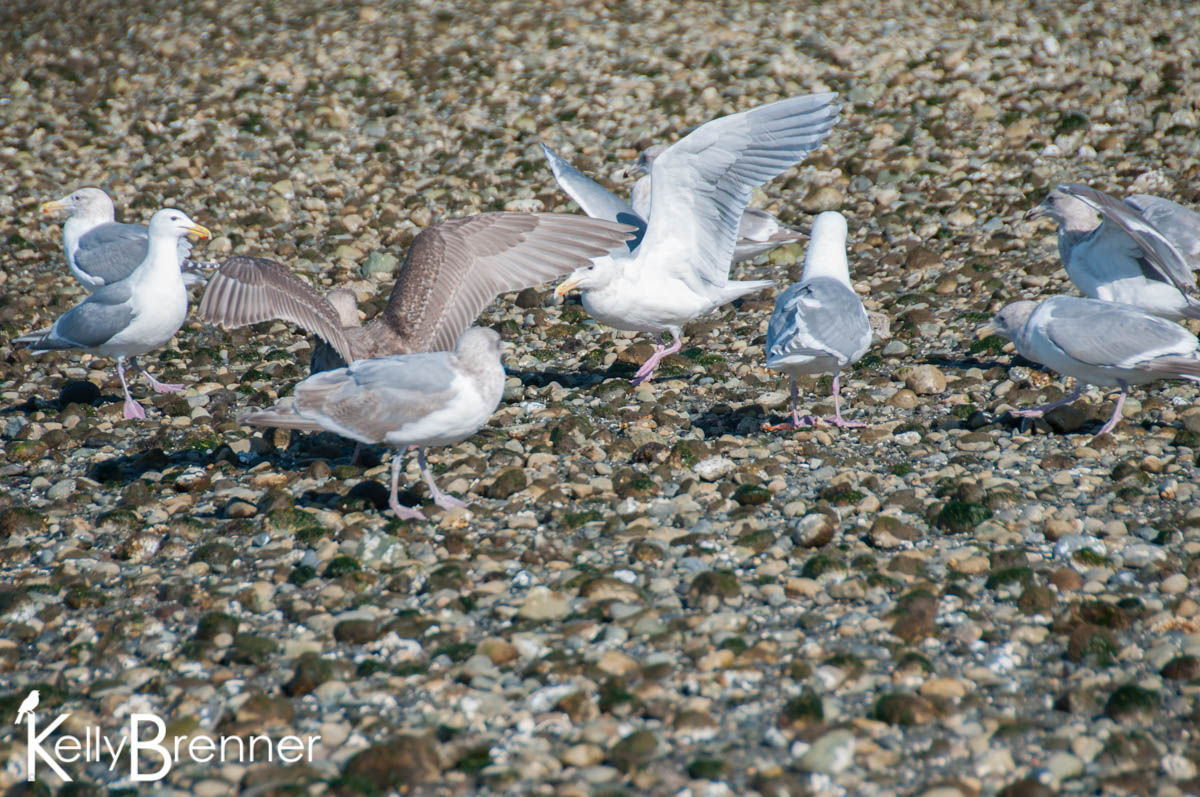 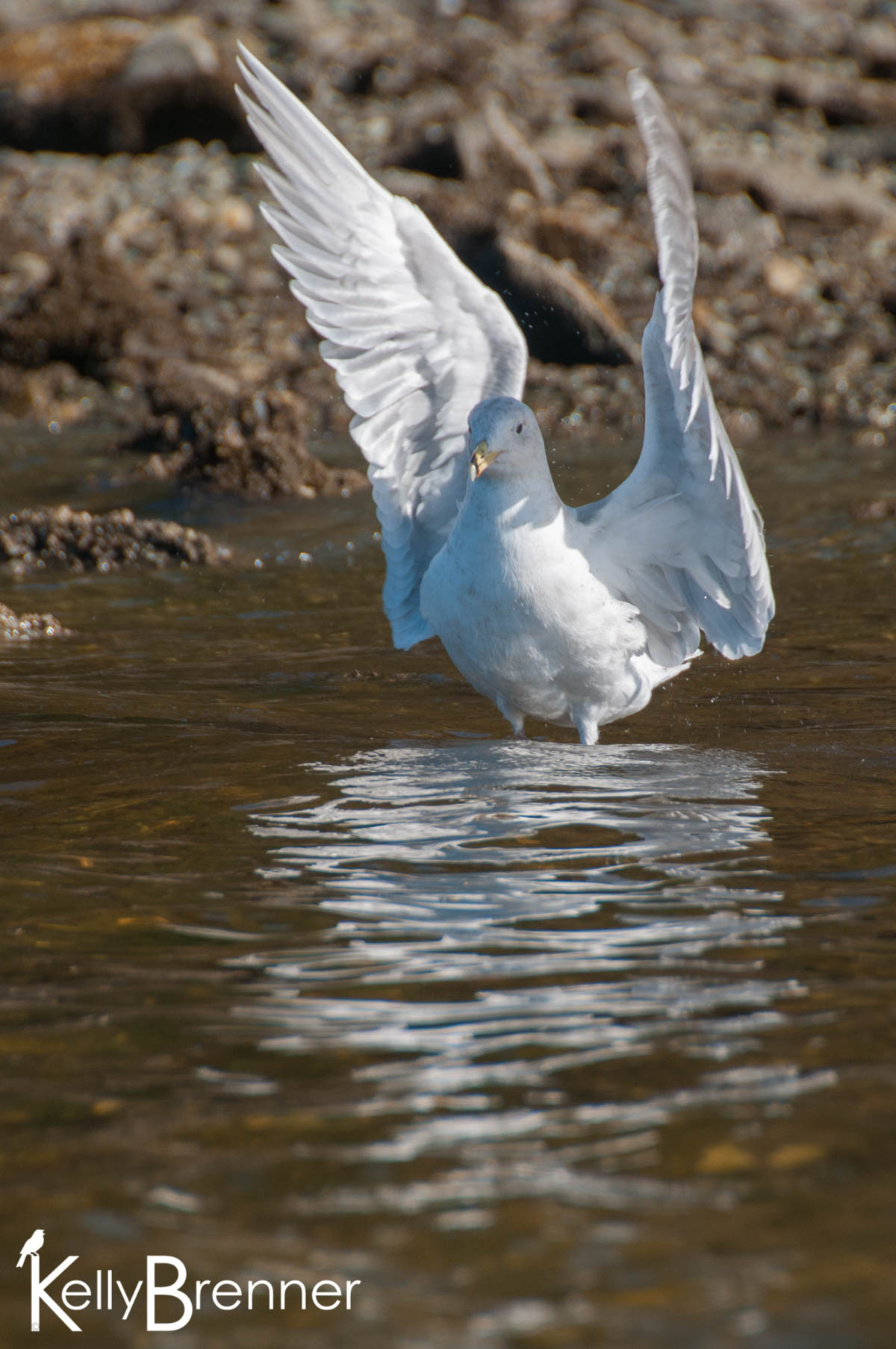 The Bald Eagles over the highway should have been a sign of what was to come on our adventure today. A pair circled around and around in lazy circles as the cars directly beneath them sped along in straight, hurried lines. We arrived at Saltwater State Park at low tide today, although it was still a plus two low tide. Last time we visited it was a negative tide and the water was much farther out. None-the-less we set off immediately exploring the shoreline and found barnacles, limpets, anemones and more clam shells than we could count.

All along the beach were many gulls and I watched some action over some bit of food. There was much wing raising and lunging at each other before surprisingly, a gray immature gull picked up the morsel. It didn’t hold on for long and lost it in turn, and as we got closer I could see it was the remains of a crab. Meanwhile a group of gulls were taking advantage of the fresh water creek to bath and we watched them splash in the water, the sun-sparkled water droplets raining down on them. As we followed the creek back up the beach I heard a gull ruckus behind us and looked back to see a Bald Eagle trailing a whole line of crows and gulls behind it, the eagle resembling the Pied Piper. Eventually the other birds gave up and the eagle landed in the bare top of a tree overlooking the beach.

As we trekked back up to the path above the beach to cross the creek we saw a Bald Eagle swoop low down on the beach and then I lost view of it. We hurried along back to the beach and found the eagle had landed in the mouth of the creek. As we watched it took several drinks from the freshwater, pretty well ignoring the kids and people on the beach. After a couple of feeble dives from crows, the birds left it more or less alone.

It left before we climbed back down the rocks to the beach, but as we wandered along looking for more sea life we heard a lot of Bald Eagle calls, bickering back and forth. We watched several times as three eagles would chase each other around the skies over the beach and through the trees on the hillside. A couple of times one would dive at another as the second eagle tipped sideways to avoid the first. The third would always fly off north before eventually returning to start the debate once more.

As we left, two more large birds glided once again over the highway, right where we saw them at the start of our adventure. 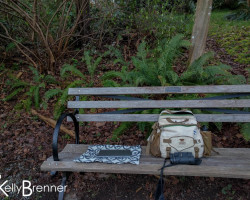 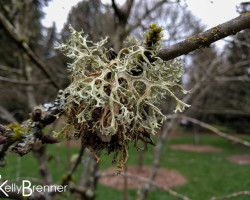