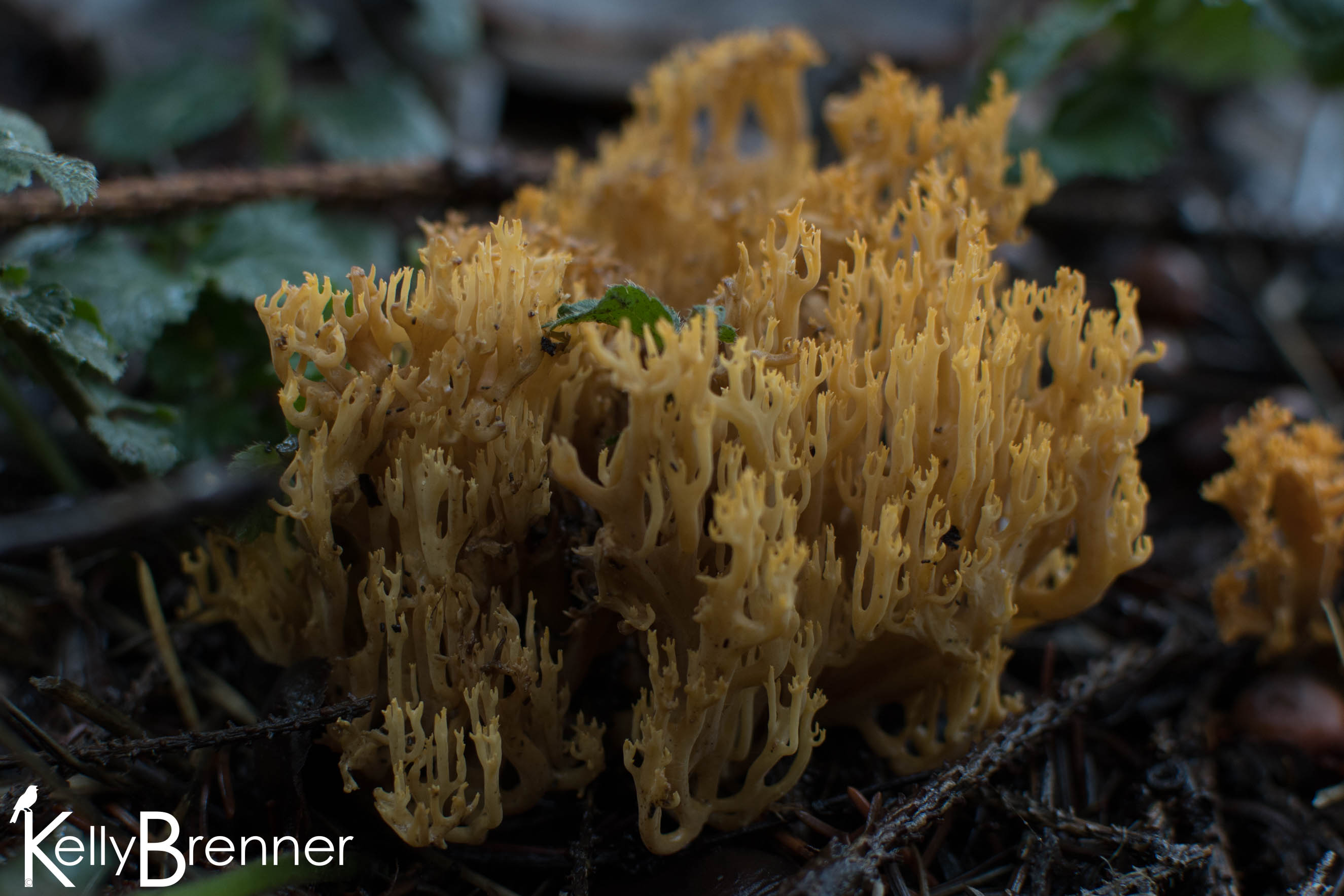 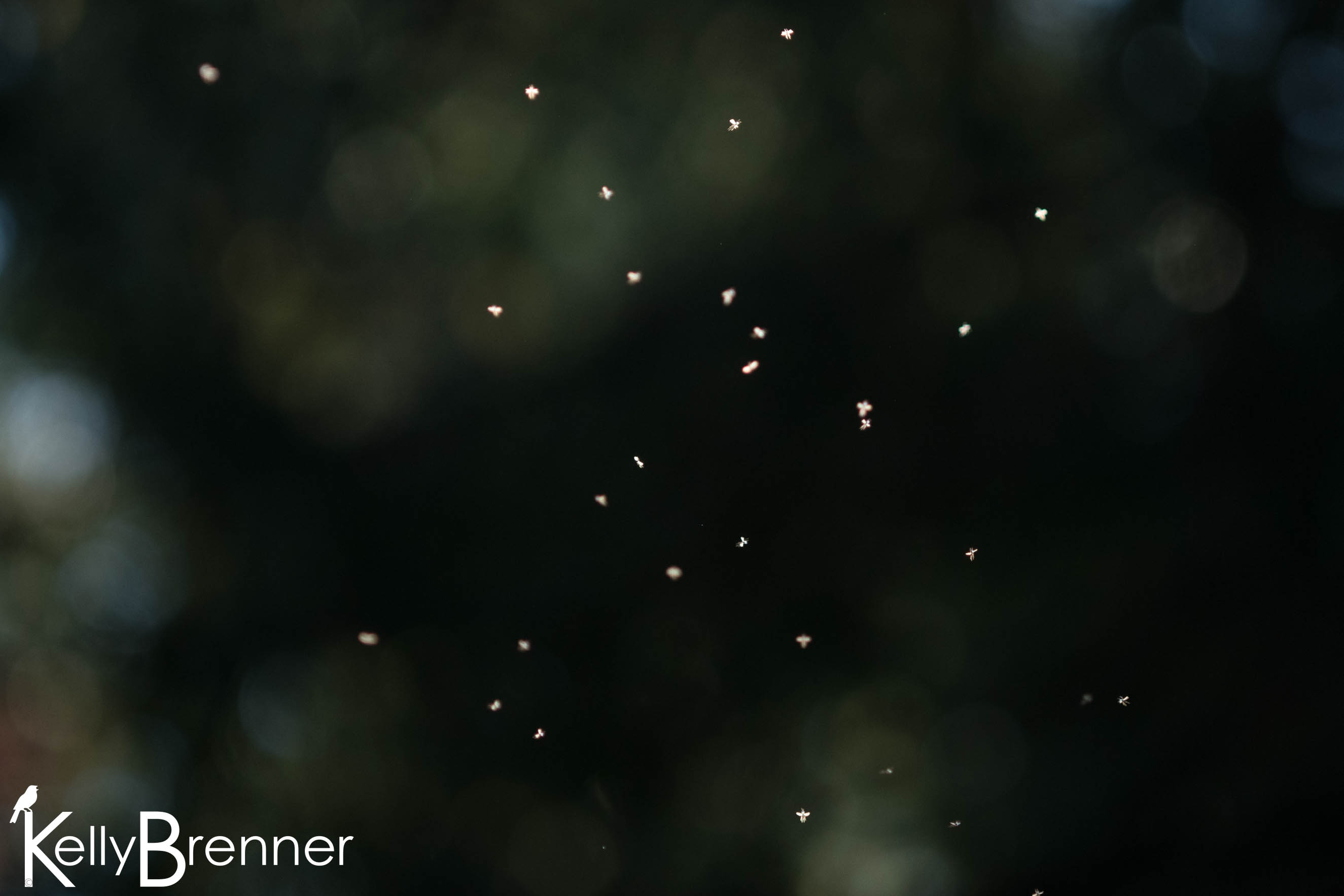 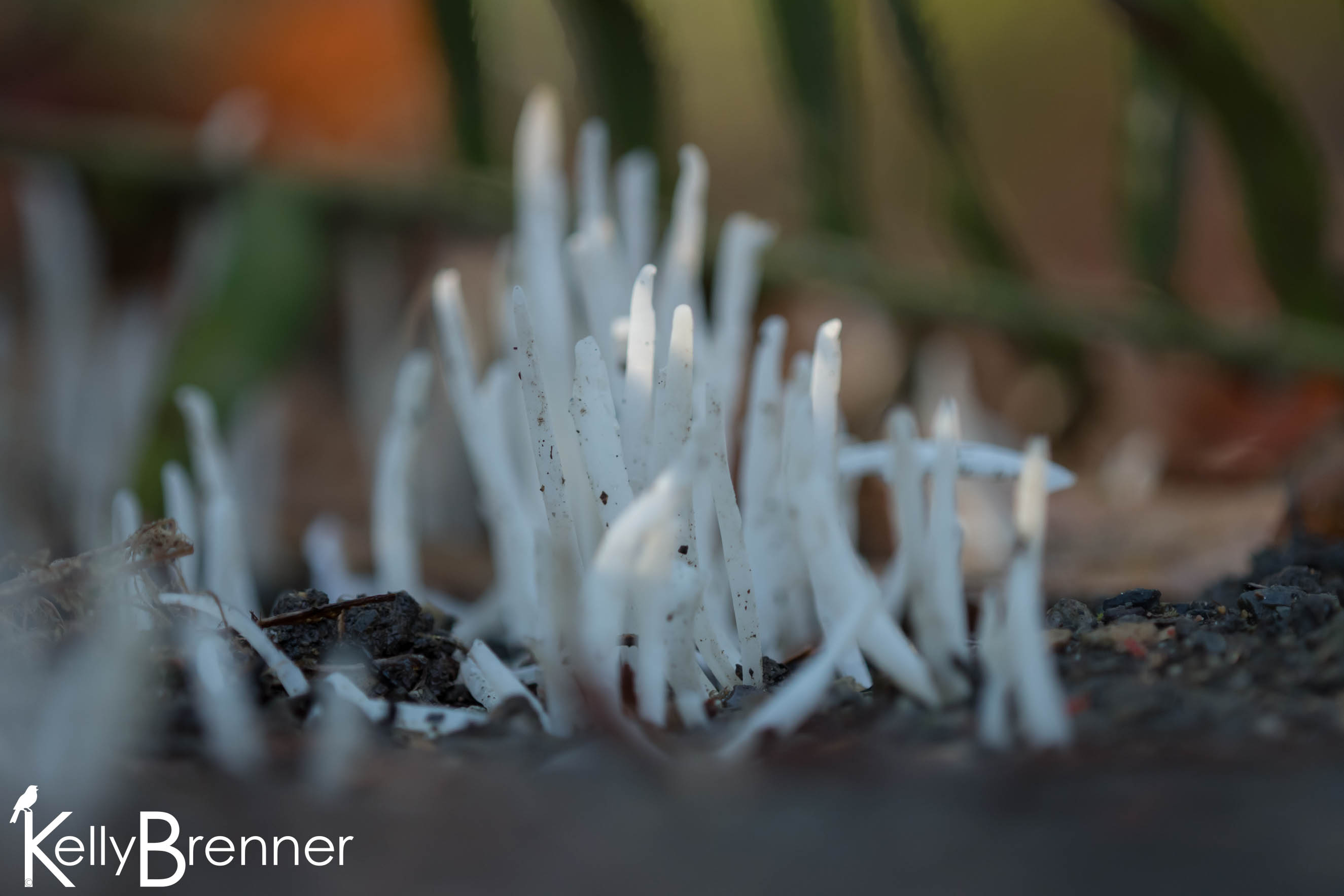 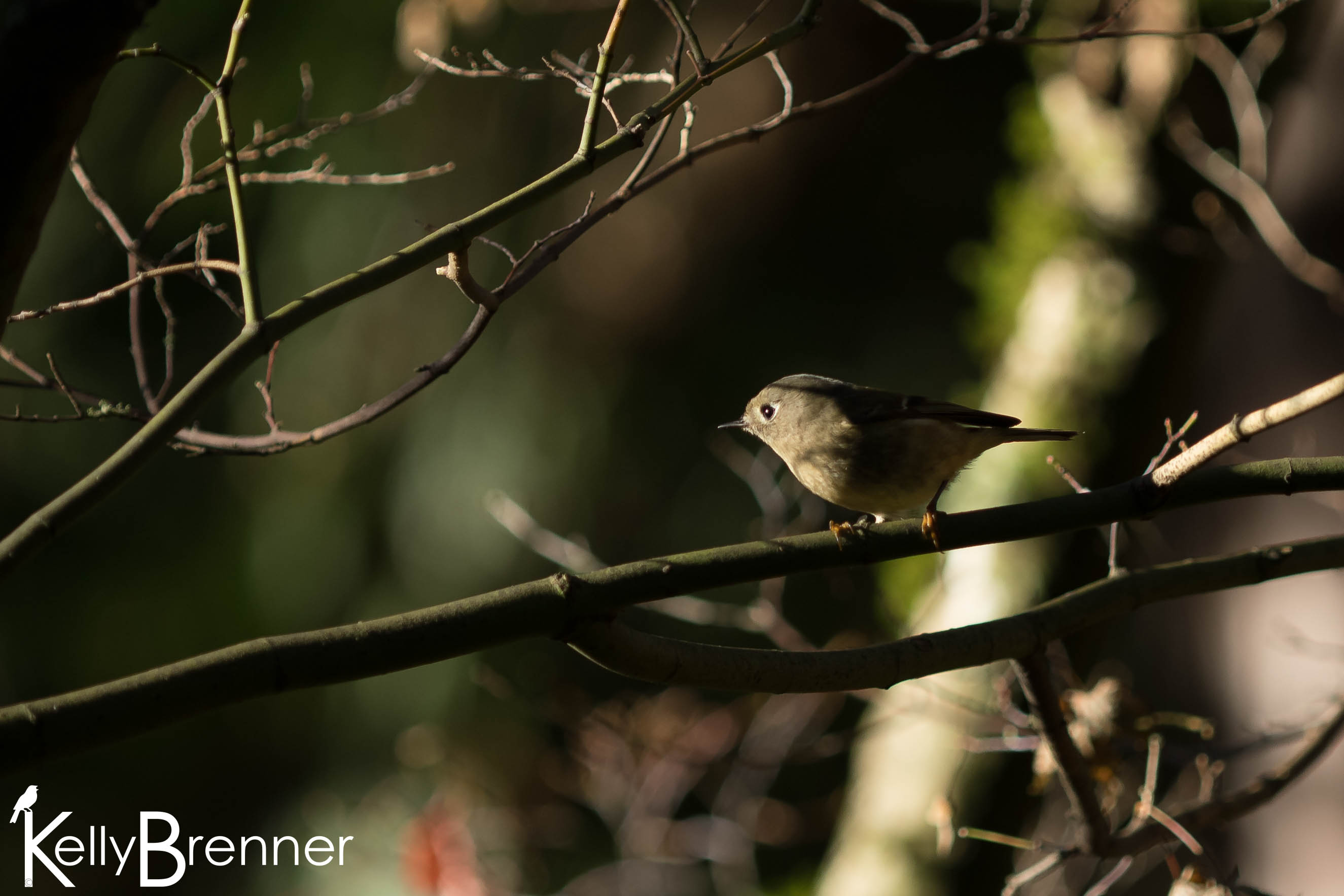 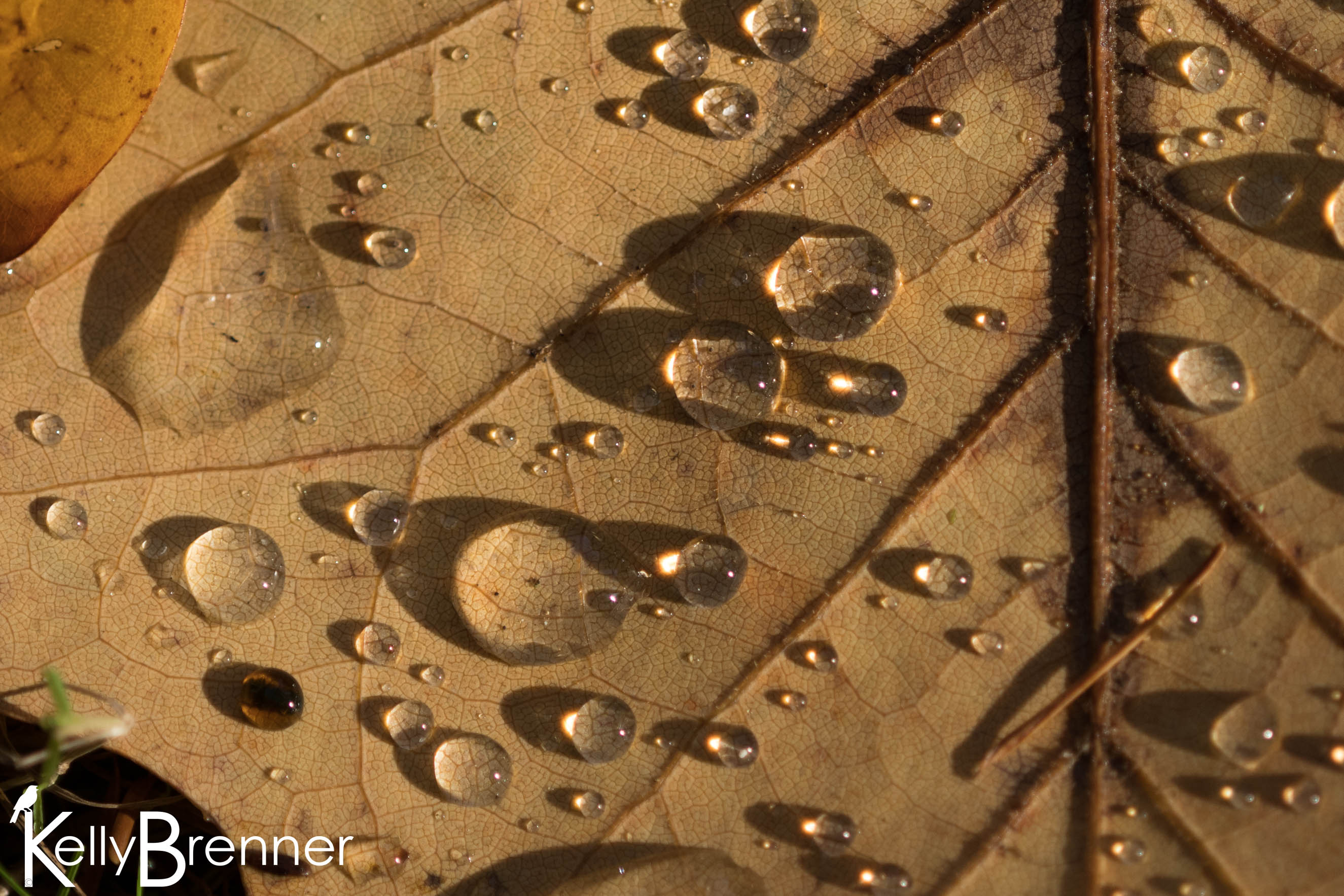 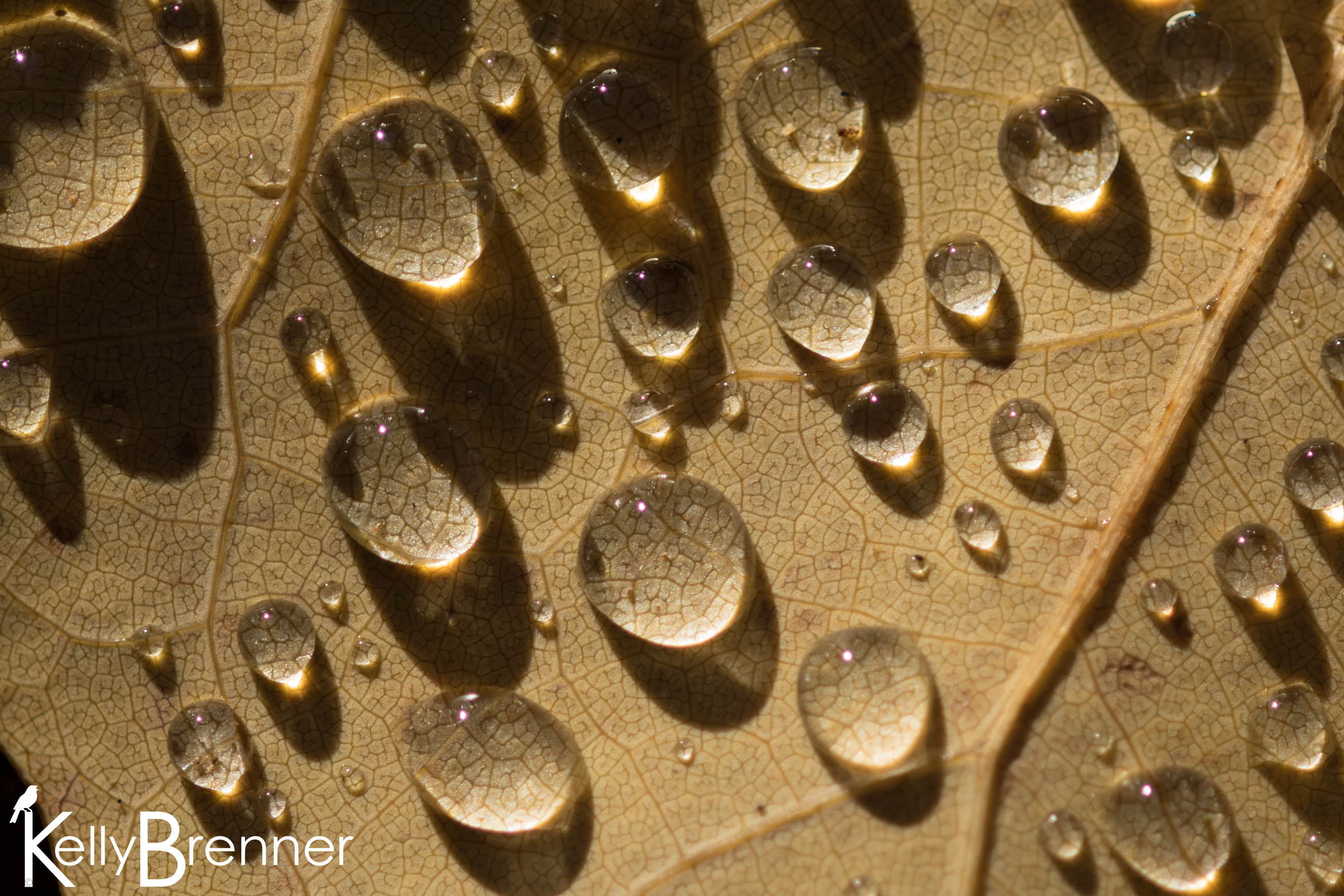 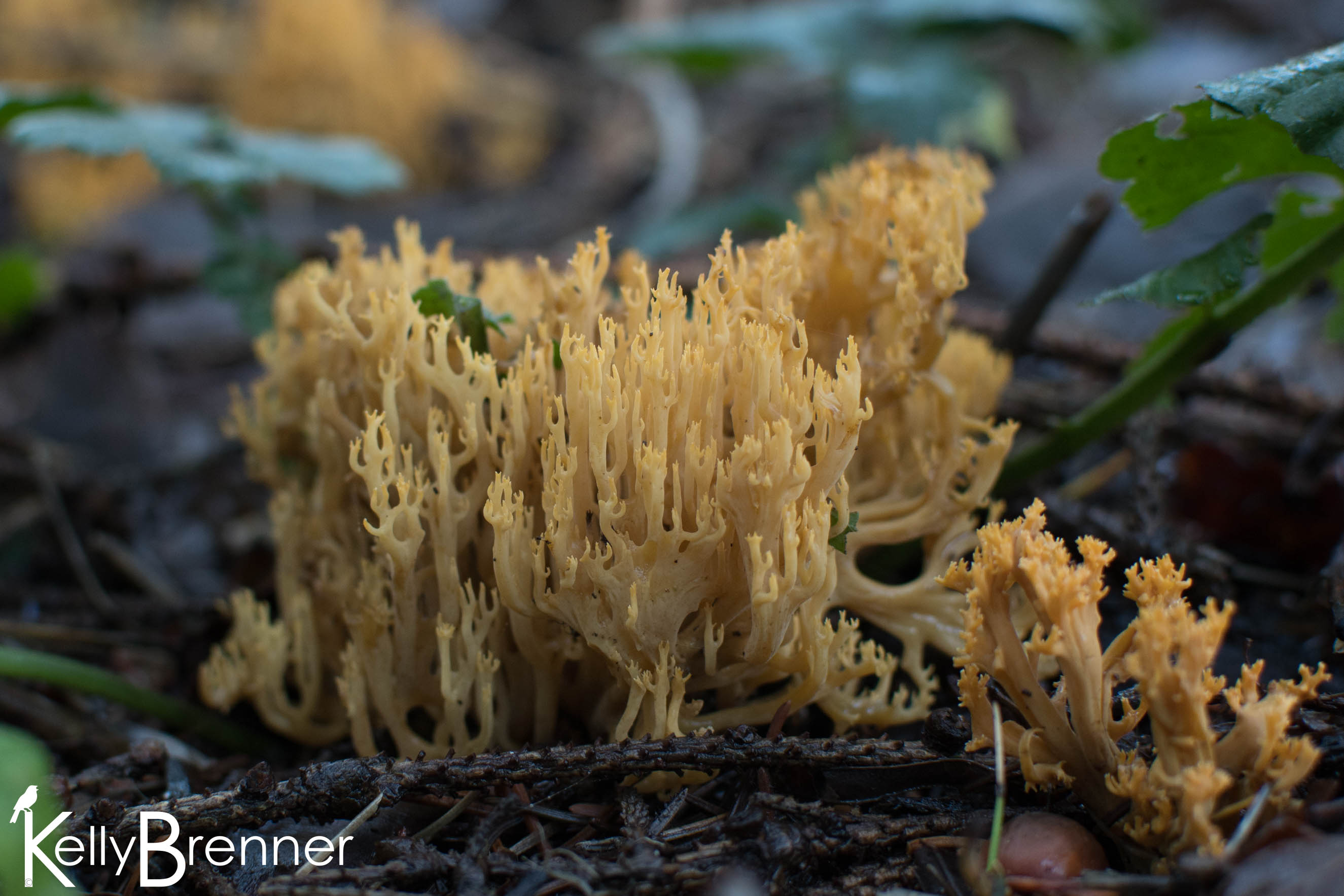 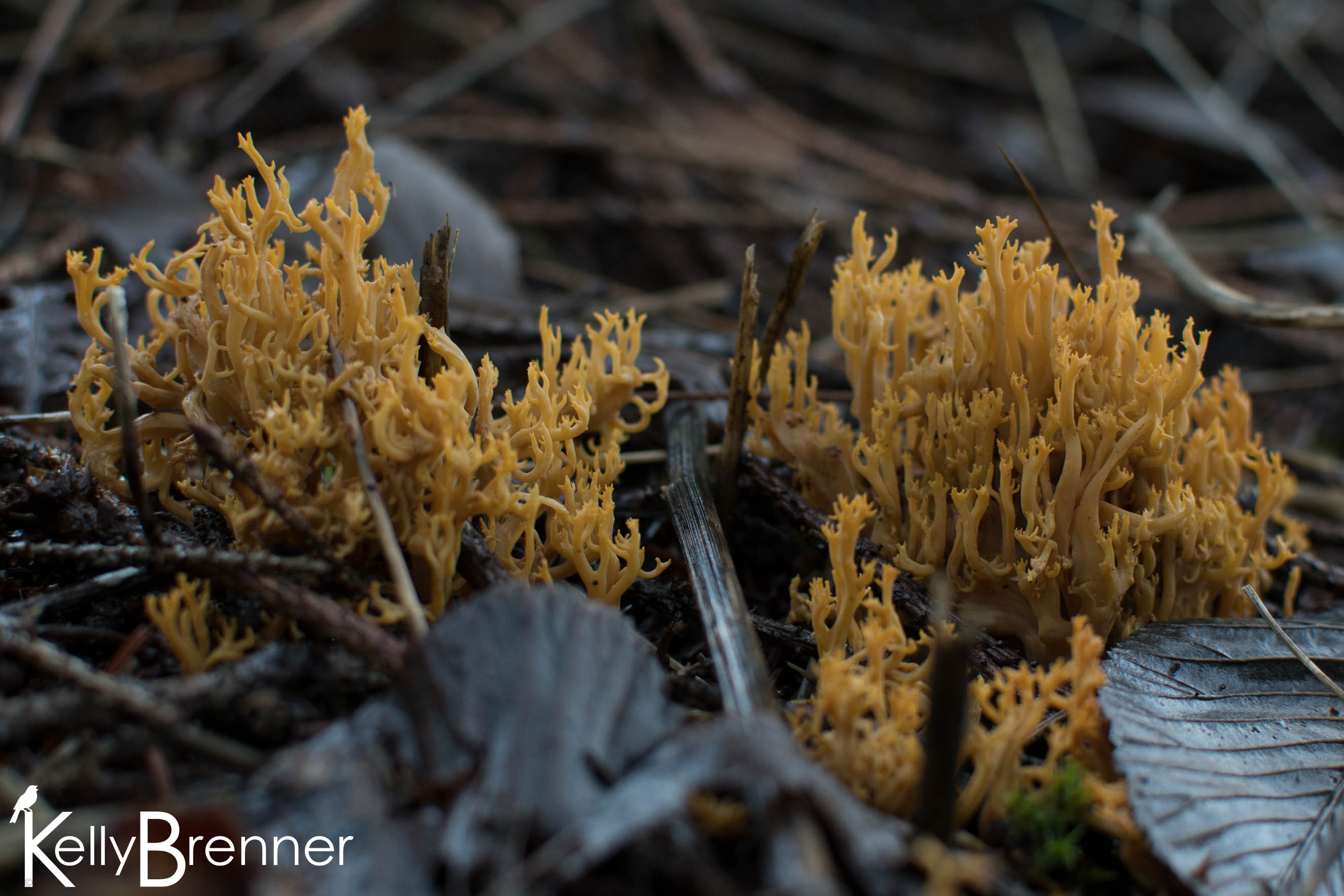 Here in the Pacific Northwest, it’s record-breaking warm. Today is the sixth consecutive day of 60+ degree days, the first time in over 120 years that’s happened. Today is another record-breaking warm day. The sun is out and everyone is walking around in short sleeved shirts. As I walked through the arboretum, I looked for songbirds to photograph and I encountered many mixed flocks with chickadees, bushtits, nuthatches, creepers and kinglets. But every time I stopped to try and take photos, my eye would catch an interesting fungus on the ground and my camera would be drawn down instead of up.

The first I noticed was a cluster on the path, of pure white stalks sticking up out of the gravel. They looked like spikes with no caps on the tops. Nearby, I noticed a shaft of sunlight where a couple dozen tiny flies danced in the beams and I watched their ballet for awhile before continuing on. In the magnolia meadow, I stopped to look at the water drops on the grounded leaves which I looked at on Day 300. Today, with the sun shining onto them, they looked like sparkling gemstones sitting in the grass.

Further along I noticed something orange under one of the trees and at first I thought it was a slime mold. As I got closer, I realized it was a patch of several clumps of coral fungus. I found one in January this year near my daughter’s classroom, but it was white. These were on the other side of her classroom and were brownish orange.

There is truly something new to see every single day I walk through the arboretum. 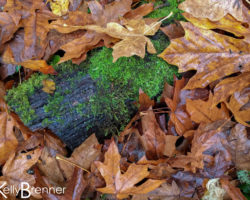 In 2016 I’m doing a 365 Nature project. Learn more about the project and see all the 365 Nature posts. Today I don't have many words, but a lot of feelings. Anger, shock, depression and helplessness were all rolling through me 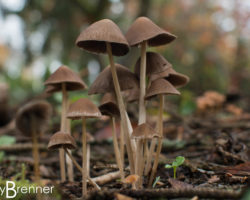 In 2016 I’m doing a 365 Nature project. Learn more about the project and see all the 365 Nature posts. Here in the Pacific Northwest, we're having a bit of a heat wave with temperatures into the 60's. This is of