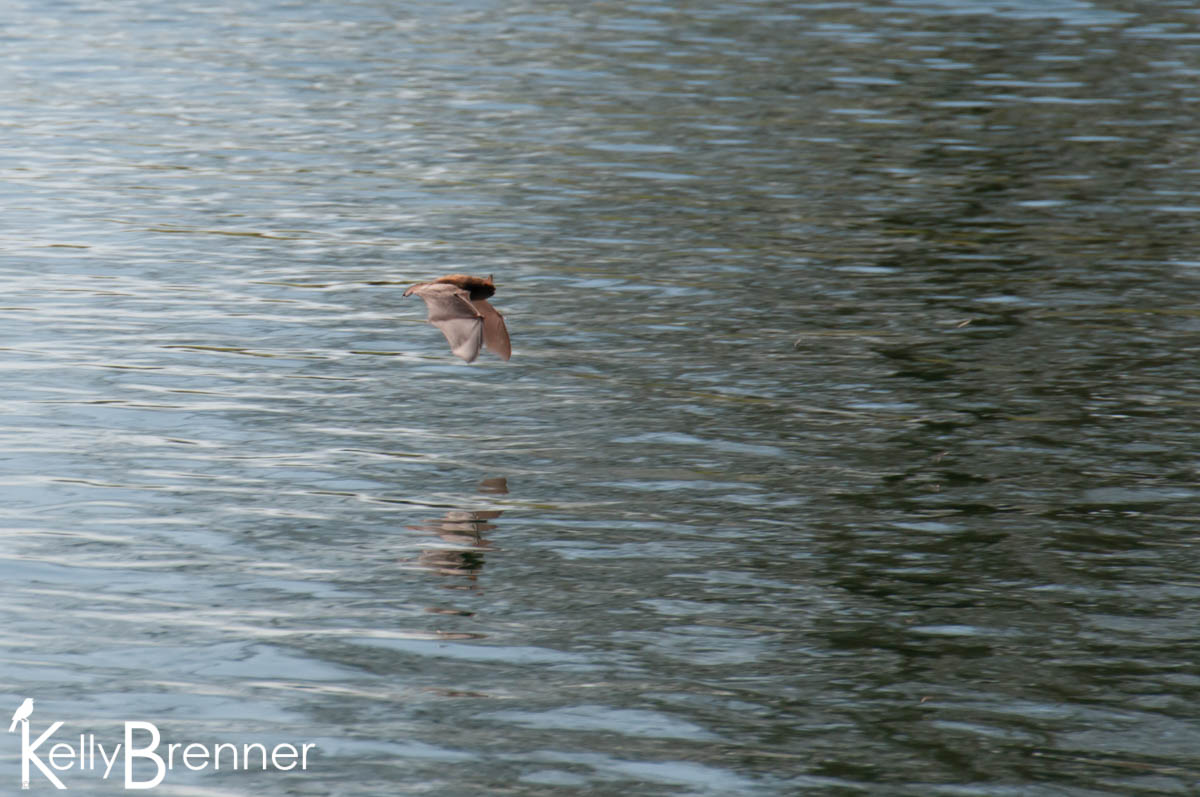 This week is officially Bat Week, “an annual, international celebration of the role of bats in nature. Bat Week is organized by a team of representatives from across the United States and Canada from conservation organizations and government departments.” While I didn’t spot any bats today, I wanted to share some of my encounters with bats in the past.

Several years ago, while I was a student at the University of Oregon, I took a summer ecology class and at the end we took a several day long backpacking trip in the Siskyou Mountains, in southern Oregon. The trip was brutal on me because it was hot and I don’t do well mentally or physically in hot weather. We had initially planned to hike in the Cascades, but last minute snow forced a change of plans and an abrupt mental change from cool to hot weather. We hiked fast and hard the first day and I suffered from the heat, and horrible blisters on my heels. A couple of nights later, a few of us were down by the river at dusk and the bats came out. We all fell silent and watched the bats dancing over the water, dozens of them silently swooping around the surface, silhouettes black against the moving water. I don’t know how long we watched them, but we were all lost in our thoughts watching the bats. I quietly said it looked like a ballet being performed and the others murmured in agreement. It was the single bright spot in the trip for me and I will always think fondly of bats dancing over the water in the middle of remote mountains.

A year or two later, I was at a park in Corvallis watching dragonflies and American Wigeon, both of which frequented a pond for several months each year. Suddenly I noticed something strange flying over the pond, it was a bat. This time though it didn’t feel like a ballet, it wasn’t magical. It felt wrong. Bats are nocturnal, and it was the middle of the day, during the summer. The bat flew around frantically for maybe a half an hour. Instead of beautiful swoops over the water, it dashed back and forth high over the pond. I watched it flying until it disappeared again. My guess was it had been roosting in an evergreen tree standing over the pond and had been disturbed, perhaps by a squirrel, and flew out from the tree. Although not good for the bat, it was lucky for me to spot a day flying bat because I was able to get some photos of it.

A few more years later, I attended a one-day bat workshop with Bats Northwest, a local group that raises awareness of bats. It was a highly educational and fascinating day learning about our native bats and even getting to see a couple of them up close. I was happy to volunteer with them later at the Northwest Flower and Garden Show and spend hours talking to people about bats.

I have not yet seen a bat around our house, but we have seen bats while camping in the Cascade Mountains and I remember watching many bats flying out of a house in Ireland each night. I’ve had making a bat house on my to-do list since we moved in, maybe this is the year I’ll make one.

Today I went for a walk around the arboretum and spotted many more mushrooms. I also watched Anna’s Hummingbirds in the south end of the park. Males were displaying territory spats and would dive at each other. Among the many foraging birds I spotted a Townsend’s Warbler, the bright yellow and dark black easy to pick out in the plants.