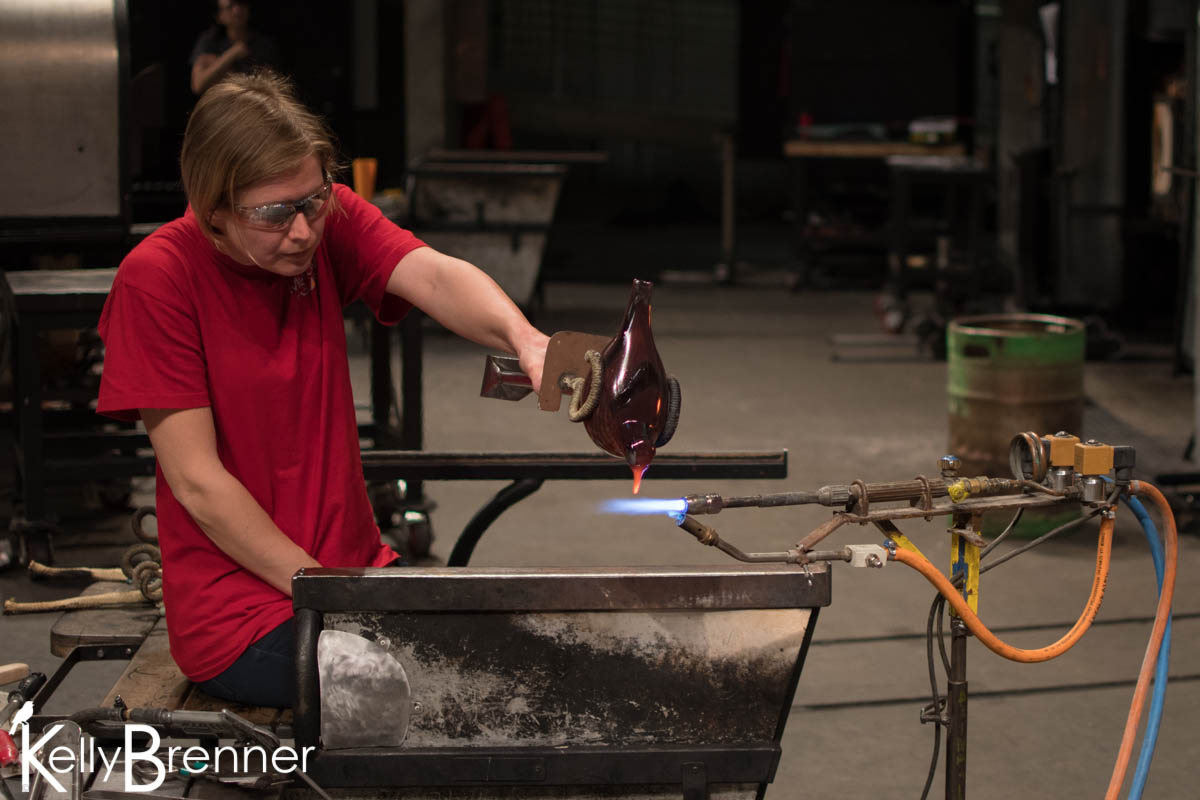 This morning I got to do something very exciting, I designed my own Toikka glass bird. Every year the Museum of Glass in Tacoma has the Bird Lover’s Weekend where they have a focus on glass birds designed by Finnish glass maker Oiva Toikka. He has been designing birds for over 40 years for the Finnish glass company Iittala. There are hundreds of different birds, many out of production and hard to find. They release new birds each year and during some events, like the one in Tacoma, they create special birds just for the event. The master glassblowers also blow demonstration birds all during the weekend that can be purchased later and these are often birds in different colors and patterns from the standard birds.

This is the thirteenth annual Bird Lover’s Weekend and Toikka has designed a (usually) Pacific Northwest bird for the event. Past years have included a Steller’s Jay, Anna’s Hummingbird, Spotted Towhee and this year was a Ruddy Duck. I’ve alternated between the annual bird and the special birds blown in the hotshop in Tacoma in the past. But this year was different. The last three years, the museum offered the chance for attendees to design their own bird. I only discovered it this year and signed up with great excitement.

This is the eighth year I’ve attended and I always spend time watching the Finnish master glassblowers create new birds at these events. Over the years I’ve watched them create many different types of birds and watched several different glassblowers. This year, master glassblowers Helena Welling and Juha Saarikko were here to create birds. I agonized for weeks about which bird to choose and I thought about Tufted Puffins, Scrub Jays, Common Nighthawks and more before finally deciding on a Varied Thrush. The reason I chose the thrush was because it’s an iconic Pacific Northwest forest bird, one of my favorite habitats here. I frequently see them in our yard and at my daughter’s forest school at the arboretum. This spring, I grew increasingly mesmerized by their simple, but rather haunting song and it always brings to mind a Pacific Northwest forest.

It was a great experience to get to step out onto the hotshop floor, somewhere I’d only ever watched from the seats or the walkway over the top. I presented my Sibley guide to show the master glassblowers an image of the thrush and they discussed what shape it should be, if it should have a neck, the colors and so on with me. Then they launched into a discussion in Finnish about the finer details. The Varied Thrush has a lot of details on the underside and wing stripes and head stripes, so it wasn’t a simple matter of laying a couple of colors together. Once they had discussed it and sketched it out, they started. The photos below show most of the process that starts with a bit of glass which is slowly blown larger and larger, while being shaped. Additional stems are dipped into the oven and then rolled into the powdered glass of the appropriate color. Then these colors are added, either by being laid on top of the main body, or with a streaming swirl over the spinning glass to create the details. Then the body is formed by pinching a piece and pulling it out, which becomes the tail. The bottom of the bird is then flattened and tools used to elongate it. After all the parts of the body are done, the body is broken off the stem and the head dripped into place on the top. Once the head is in place and fired on, the beak is last. The colors are mostly oranges in the photos because the glass is so hot as they work.

It was very excited to see my own creation from start to finish from such a close distance. The bird went into a cooling oven to ensure it doesn’t crack or break apart by cooling too fast. Once it’s done it’ll be engraved and signed and then I will get to pick it up, probably mid next week. I can’t wait to see the finished bird.

The rest of the museum had some great Toikka bird displays. I really appreciated the habitats set up and a field guide to the Bird by Toikka which showed the glass bird and the real birds they represent. On the Sea Stacks were an Arctic Tern, Guillemot, White Ibis, Arctic Loon, Night Heron, Bald Eagle and many more. There was also a forest display with a Pileated Woodpecker, one of the annual birds for the museum, partridge, grouse, waxwings and Bullfinch among others. On the opposite side of the room was a display showing the steps to creating a Toikka bird which I found very informative.

Finally Point Defiance Zoo and Aquarium was on hand with live birds and we saw up close and personal an American Kestrel and a Burrowing Owl. It’s always amazing to see raptors up close because one, they are so much smaller on a hand than they look in the field and also it’s easy to see the subtle behavior. The tilt of the head, the focus of the eyes, the ruffle of feathers and the clenching on the talons are something appreciated only close up.

While there, we wandered through the museum’s other exhibits, one of which featured ocean life. I really enjoyed the many different artists approach to representing sea life. Many focused on charismatic creatures like octopus, while others seemed interested in coral and barnacles.

The Museum of Glass often has a live hotshop feed and today through tomorrow, you can tune in to watch the master glassblowers creating the Toikka birds. 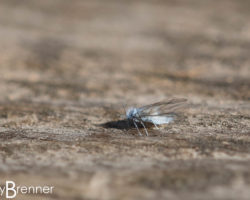 In 2016 I’m doing a 365 Nature project. Learn more about the project and see all the 365 Nature posts. This morning I cleaned out the bird feeders from the soggy bird seed which had become drenched from our recent rains. 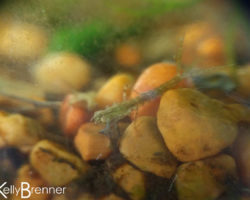 In 2016 I’m doing a 365 Nature project. Learn more about the project and see all the 365 Nature posts. Yesterday afternoon I noticed a damselfly larvae in my wetland in a bottle and watched it for awhile. It was resting