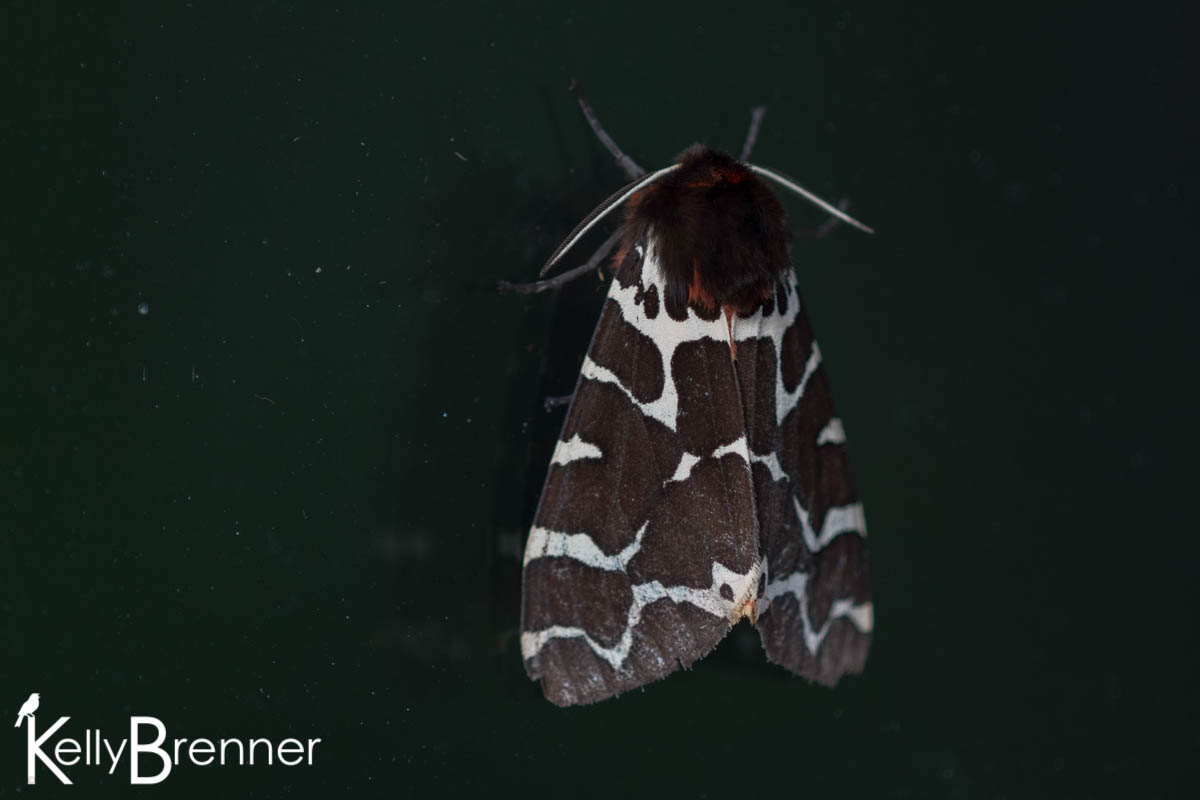 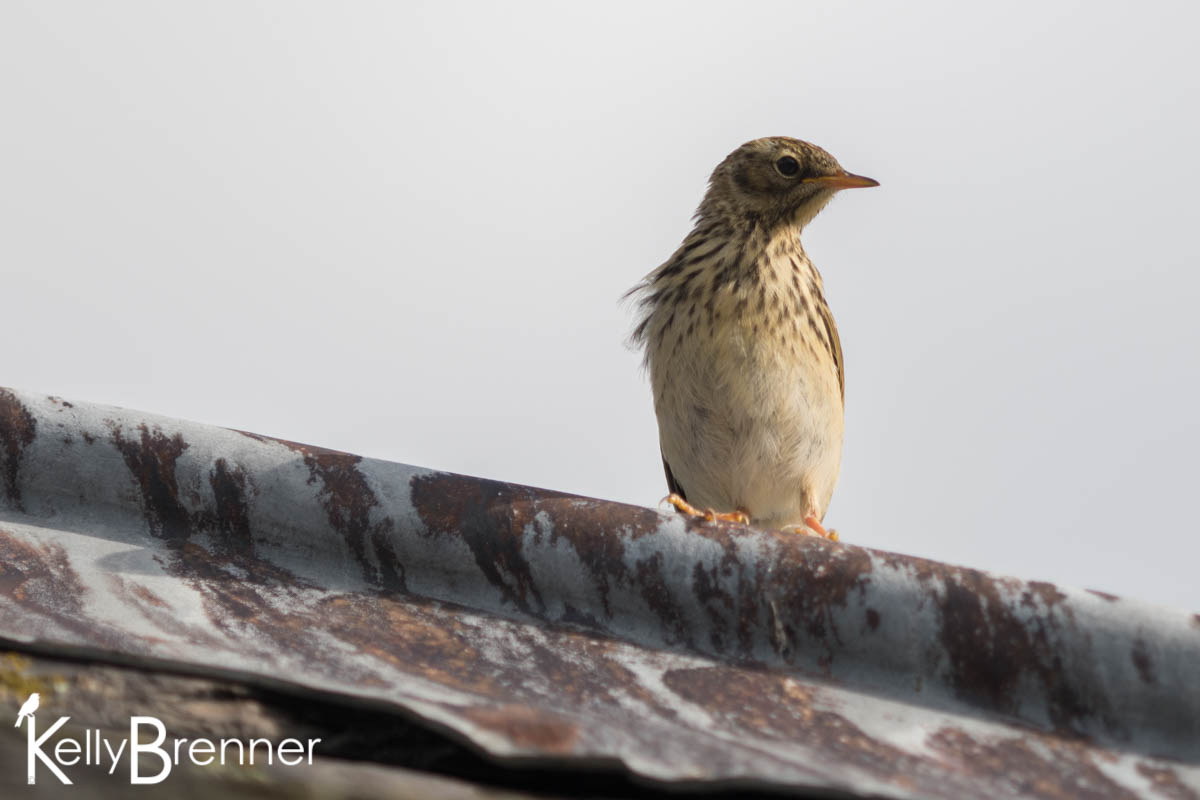 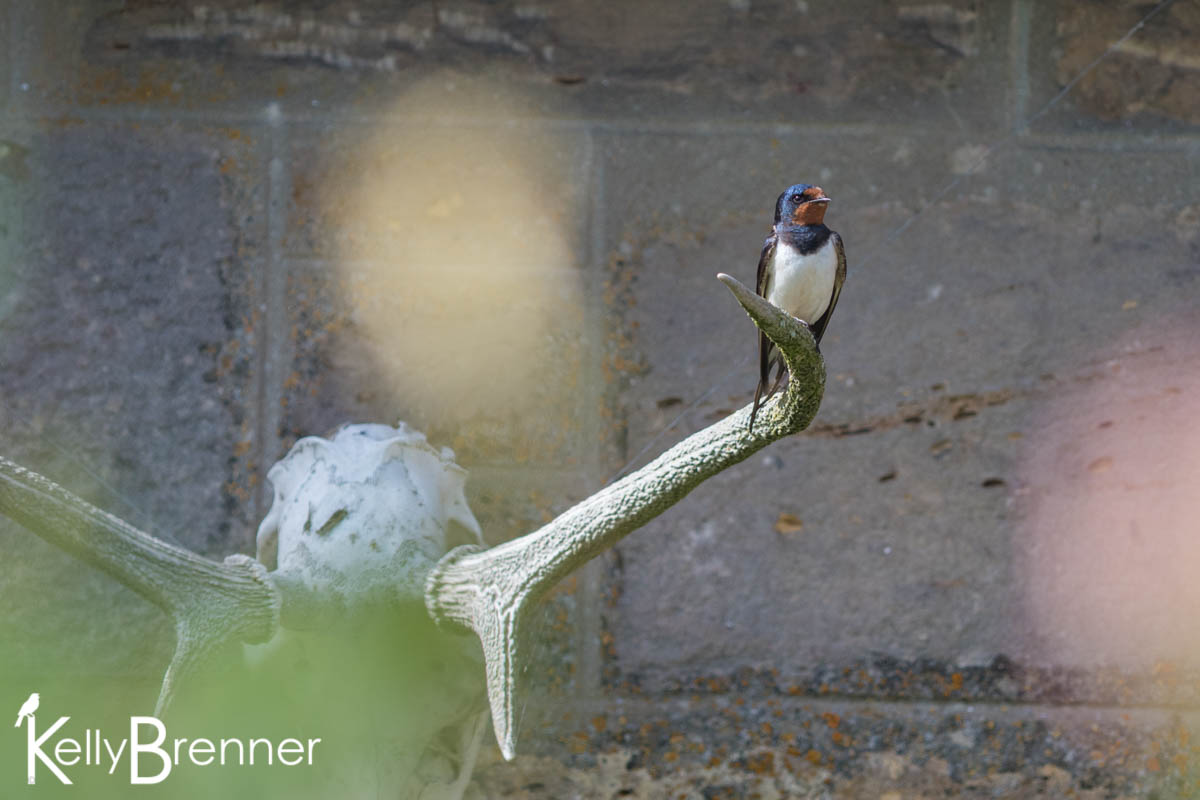 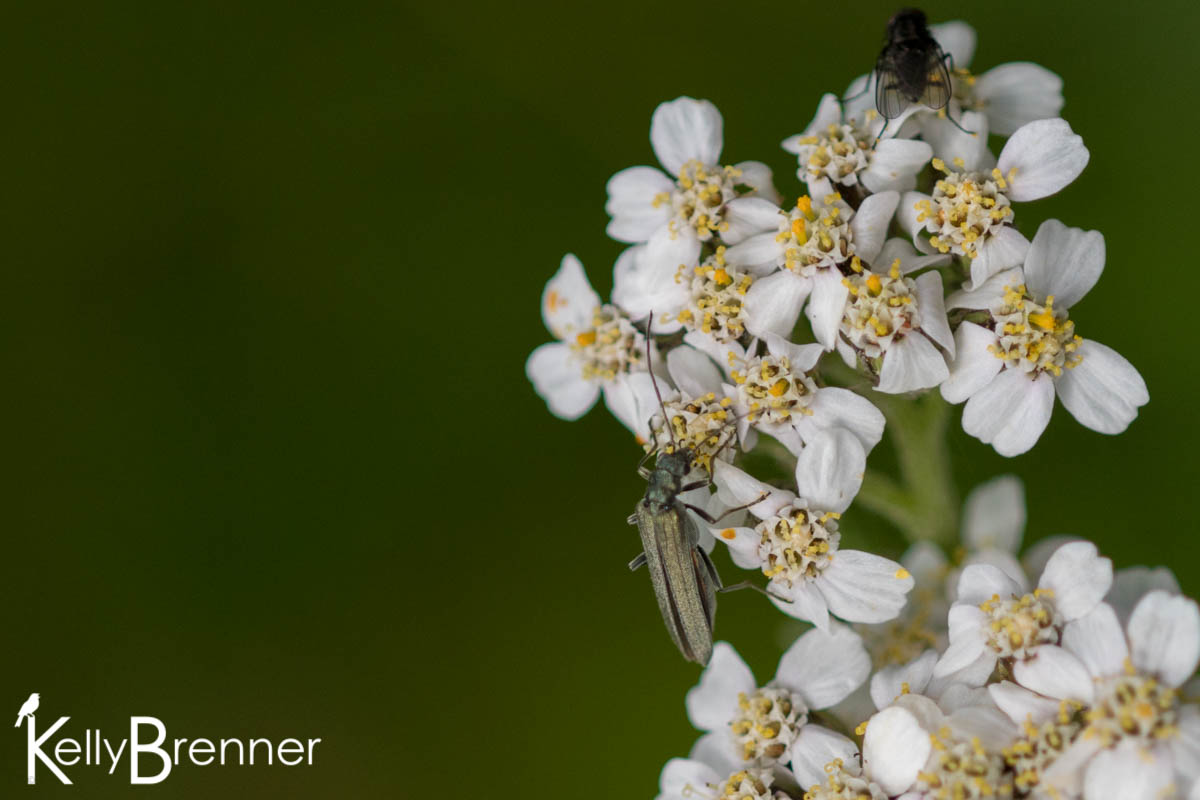 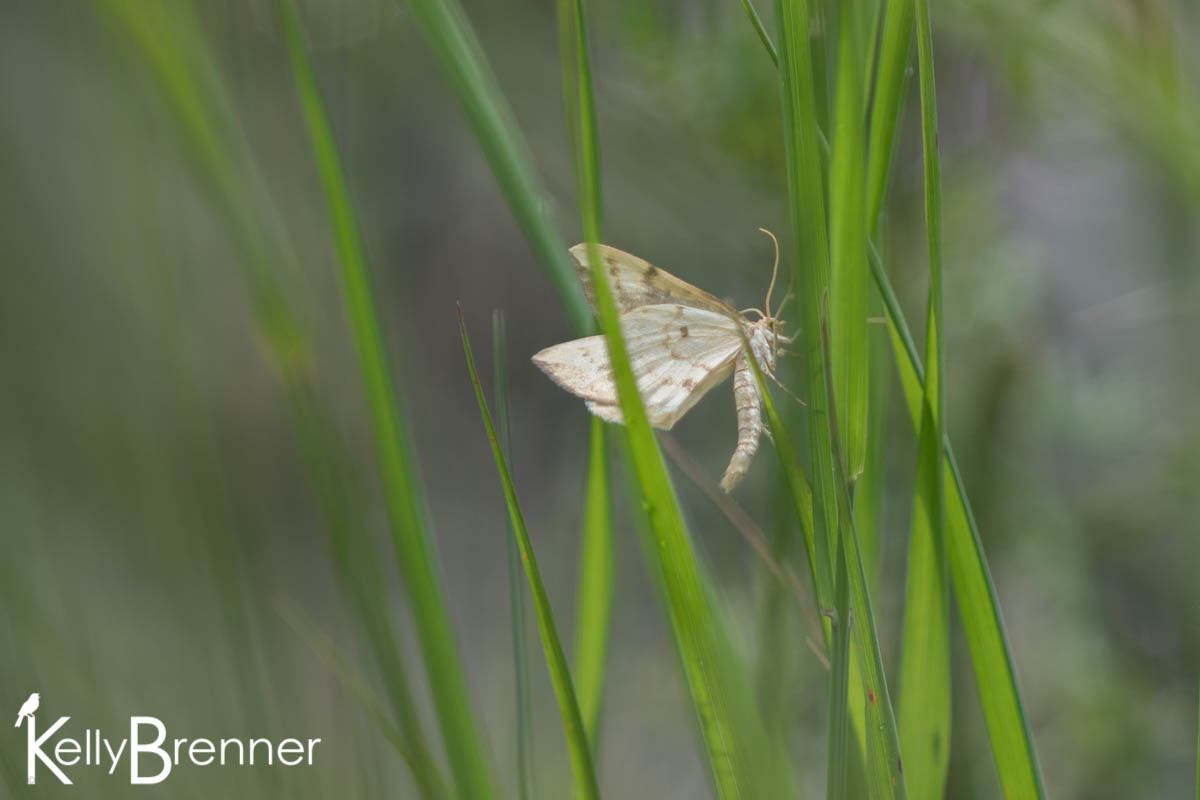 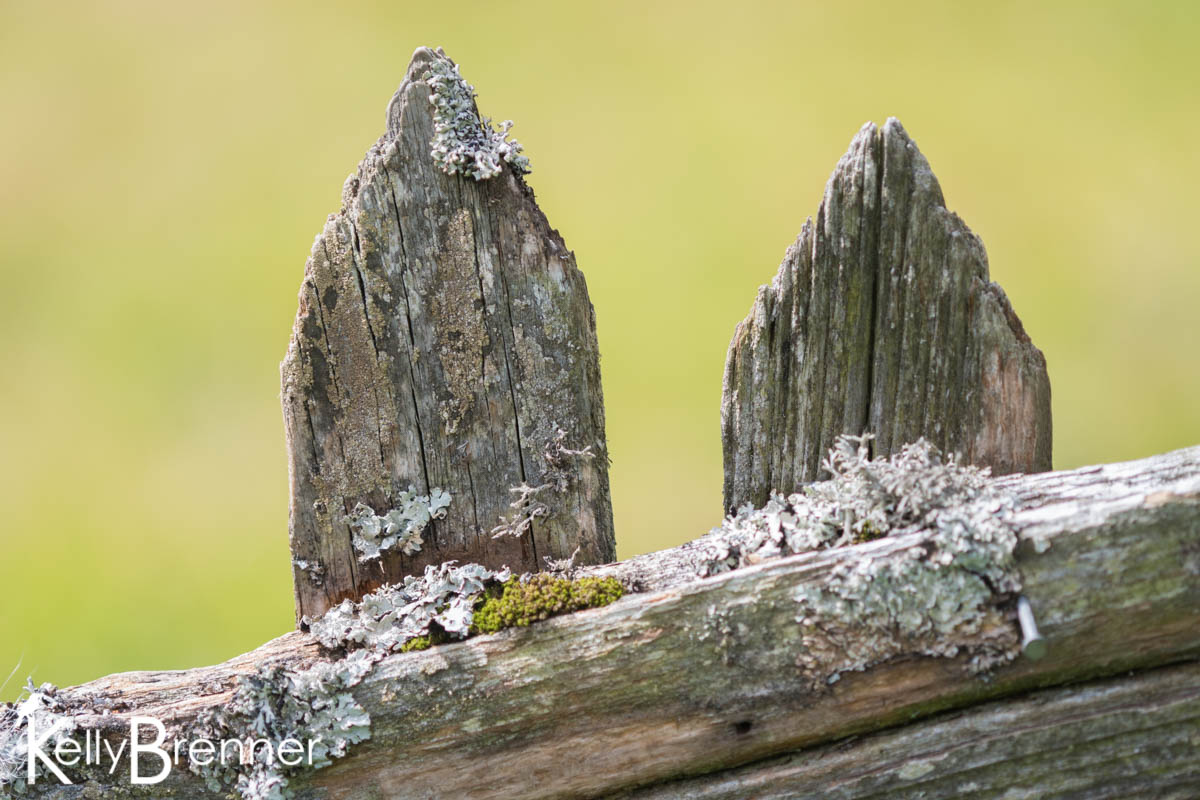 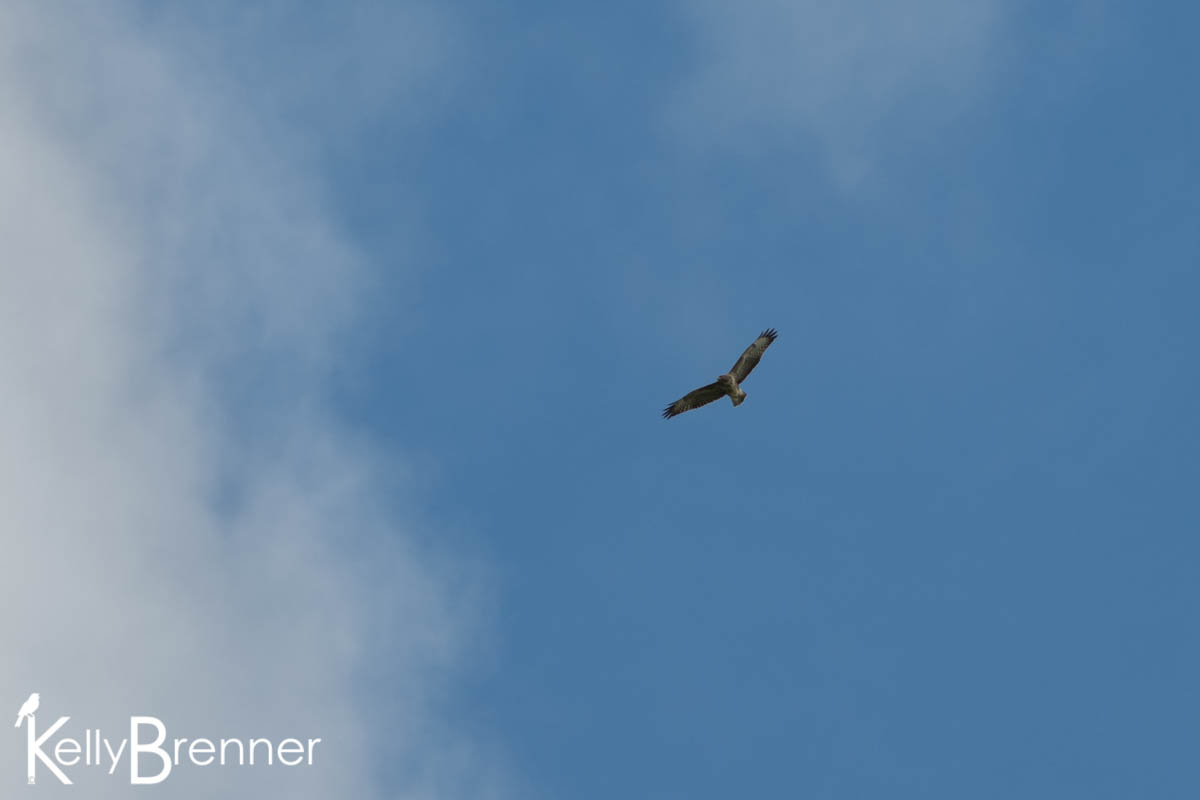 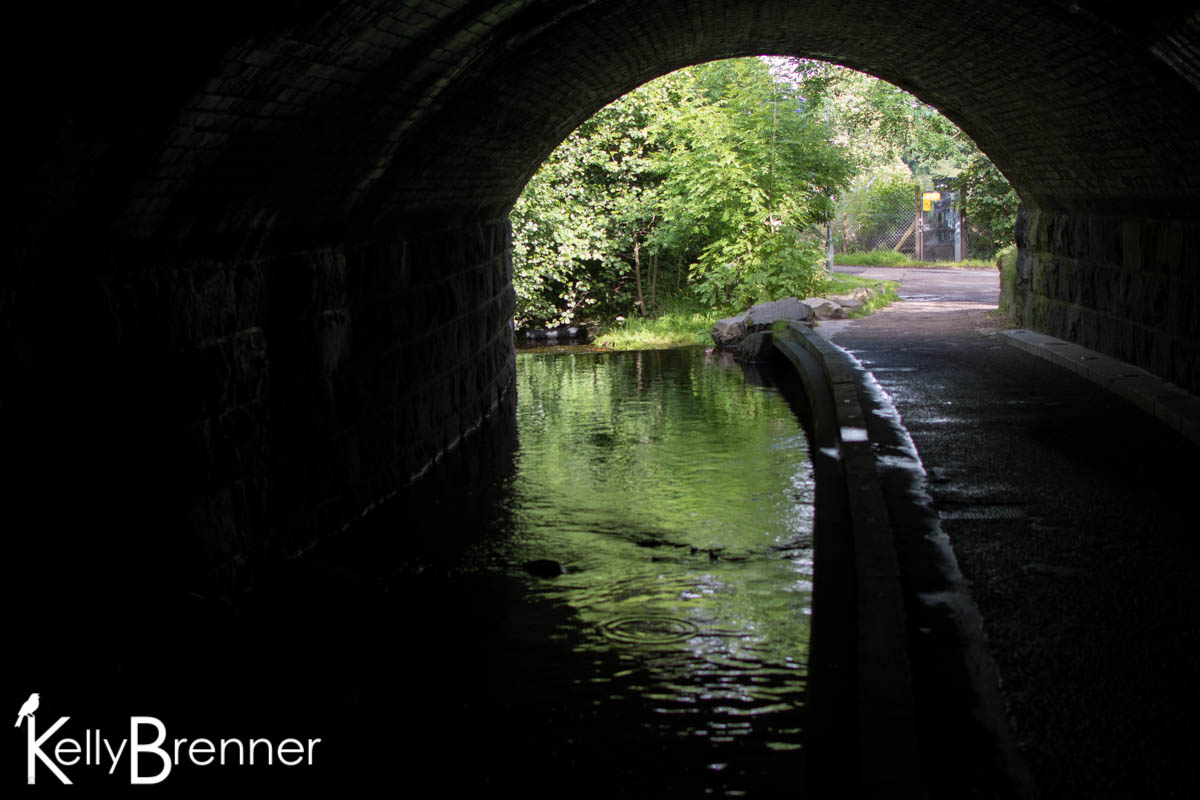 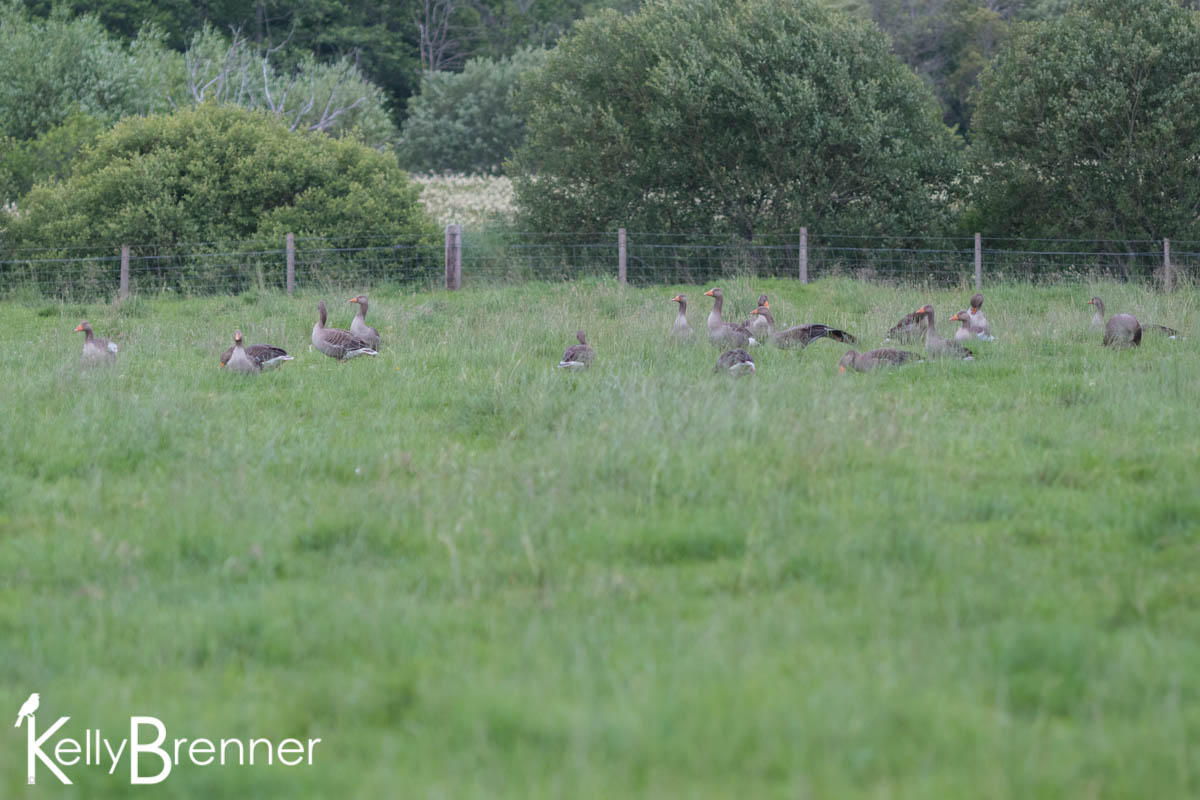 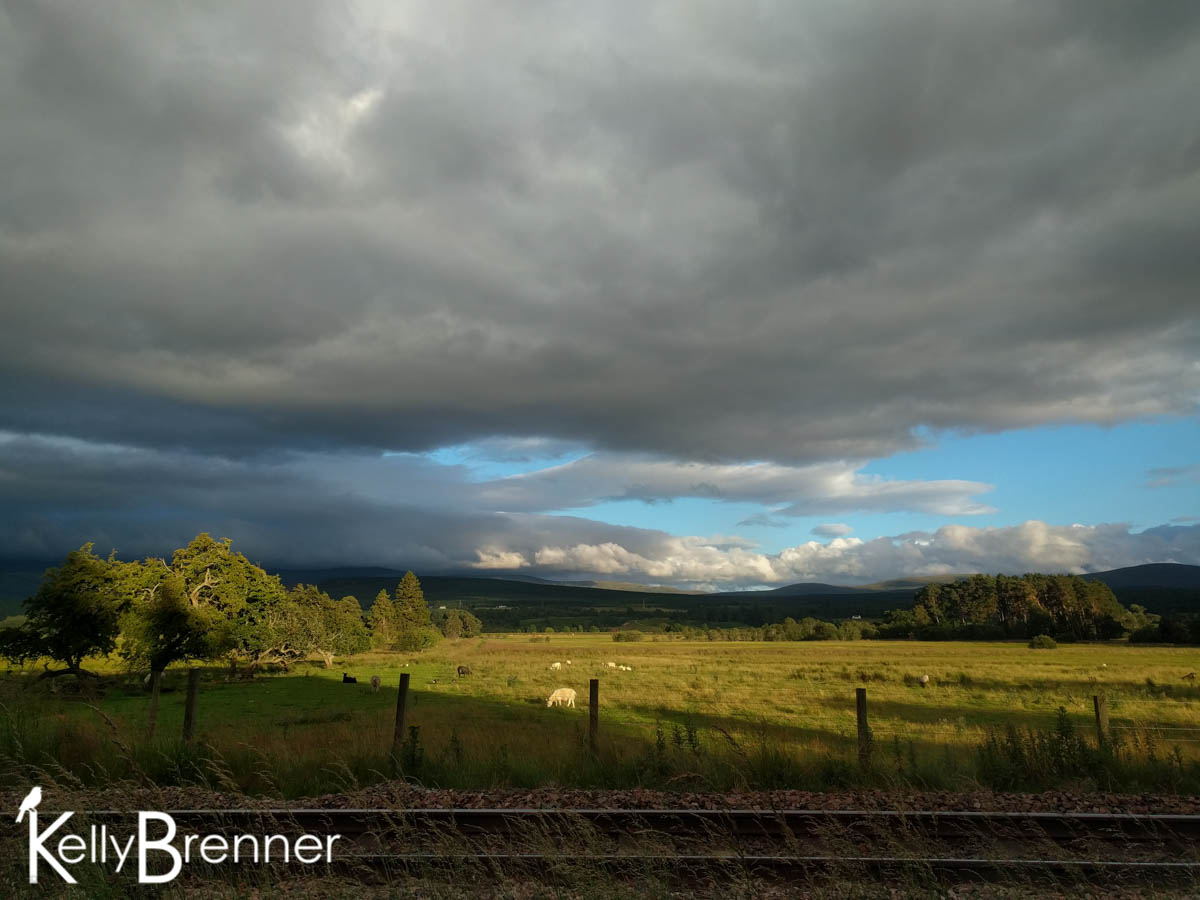 After a surprisingly not terrible night, (in our experience it takes three rough nights for a toddler to adjust) we awoke to wait for our luggage. Without our rain jackets and rain boots we weren’t ready to head outside for long with the constantly changing Scottish weather. Plus we had to wait for our luggage to be delivered, assuming it was found. Fortunately, our cottage has plenty to see from the yard, and perfectly situated windows to watch birds and wildlife when it started raining. A cup of tea, binoculars, a chair turned around and I was set for the morning.

And what a lot I saw. Last night I found a couple of porch lights and turned them on hoping a few moths would be attracted and stick around. Unfortunately at 3am, a Barn Swallow started singing right outside the front door, an old front door mind you, one that sound travels through quite easily. It was still very dark and I turned off the porch lights hoping the swallow would realize it was still night and entirely too early to be singing.

It was worth the early wake up call in the morning when I opened the curtains to find a beautiful orange and brown moth plastered against the window. I got outside quickly and found a moth of a chocolate brown color splattered with cream colored lines. It was a Garden Tiger moth and as I tried to disturb it to see it’s hindwings, I could see a burnt orange body and matching wings. From the other side of the window, we got a great look at the furry, orange body and face. It stayed there most the day before dropping down to the window ledge.

Late yesterday I spotted a rabbit in the field next to our cottage and this morning I briefly saw a deer in the tall grasses of the marsh behind our cottage. It was far away though and I was unable to identify what type of deer it was.

There are birds all over the garden and the surrounding fields and marsh. Greylag Geese are in the fields and regularly flying in small flocks overhead while Barn Swallows swoop everywhere I look. They regularly land on the power lines and the cottage roof and I noticed two nests and one more I believe to be in the shed because I’ve seen them slipping in through a slightly uneven door.

I’ve also watched many Pied Wagtails including juveniles and one juvenile Robin. The Robin drew my attention to another moth fluttering on the driveway. I also spotted a Green Finch on the wires and a Willow Warbler and Blue Tit having a disagreement on the rights to a tree.

One swallow has a preference for landing on a deer skull and antlers outside the front door and singing. Perhaps the same individual responsible for the early morning wake-up call. Meadow Pipits frequent the rail tracks next to the cottage landing on the fence and along the tracks. Hooded Crows walk the fields, and I think they must be young ones because there’s only a trace of the gray that adults have.

In the afternoon I went on a bug hunt around the yard and found a caterpillar, soldier beetle, bumble bees and a green beetle. As I looked for insects, I heard a calling from up high in the sky and saw three large raptors overhead. Two of them sparred a little while a third glided on. They flew directly overhead before circling back the way they came from. Later I looked on my RSPB bird app and came to the conclusion they were juvenile Common Buzzards.

Late in the afternoon our luggage finally arrive, and there was much rejoicing. We drove to the village of Aviemore where I immediately spotted a large flock of Jackdaws and several Black-headed Gulls. The highlight of the village was the small pond and creek that ran under a tunnel. The dark tunnel was beautifully reflected by the green of the plants shining off the water’s surface. The water appeared to be mineral water, it was orange and the smell reminded me of mineral spring we used to frequent in the Columbia Gorge.

We’ve also become quite the trainspotters as the cottage is right next to train tracks. My daughter is constantly asking when the next train is going by and we’ve started regularly checking the next upcoming trains on the ScotRail website.

The final bird I saw today was when I went outside at dusk to take photos of the sunset and three Common Swifts flew right over me. 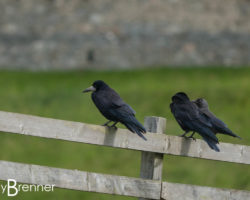 In 2016 I’m doing a 365 Nature project. Learn more about the project and see all the 365 Nature posts. This morning we were finally ready for a day of exploring with our rain jackets and boots present and accounted for. 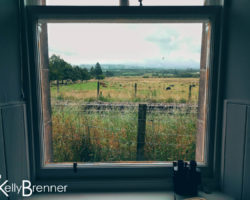 In 2016 I’m doing a 365 Nature project. Learn more about the project and see all the 365 Nature posts. Today we arrived in Scotland, flying into Inverness . Unfortunately our luggage didn't arrive with us and with only one flight