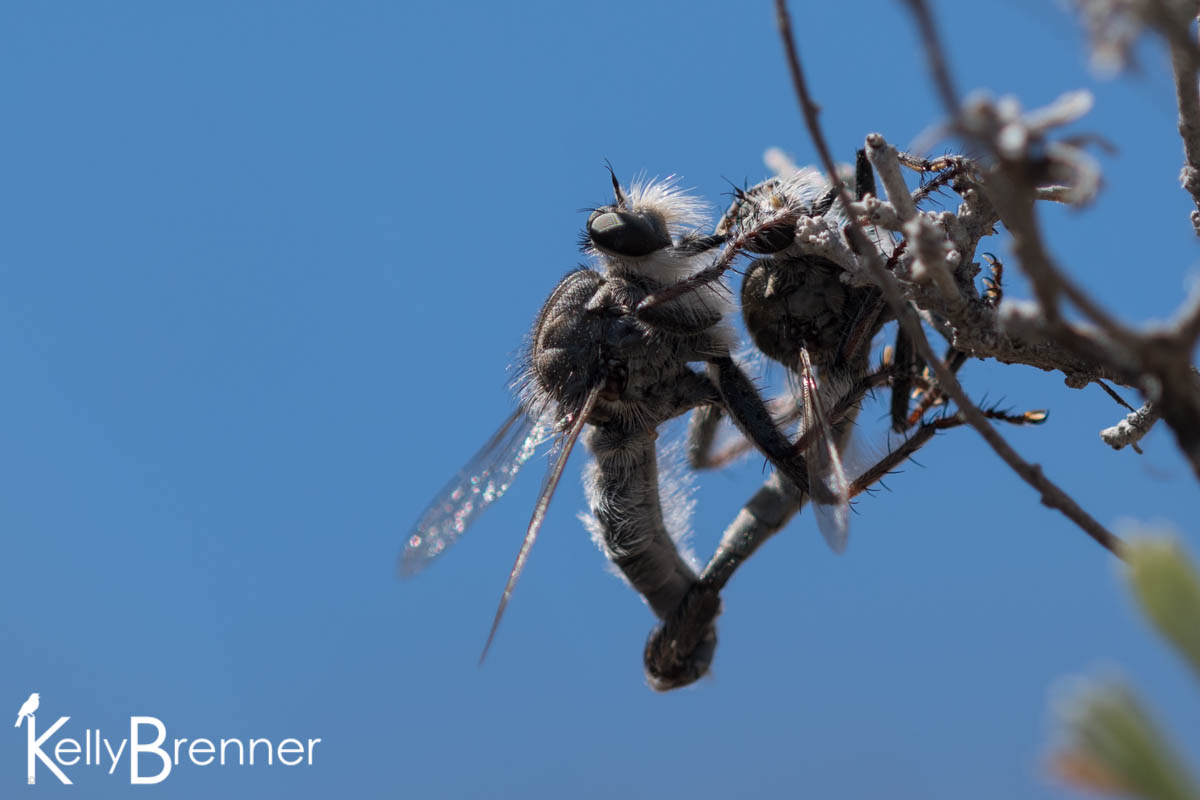 We woke up to a soggy campground and it continued raining while we made our breakfast, huddled under a tarp. The temperatures dropped to somewhere below 40 during the night and the forecast showed it wasn’t going to warm up much that day. The only plus of the wet night was we were lucky enough to hear a Barred Owl hooting. I suggested a drive east to for a chance to dry out a little after breakfast. Looking at the map, I searched for nature areas east and saw the L.T. Murray Wildlife Area and decided to drive to the Whiskey Dick unit. Where we were camping at Denny Creek, it was only an hour and a half away in the eastern part of Washington state, a very different landscape.

As soon as we crossed the peak of the Cascades, the weather and landscape started to change. The blue skies came out from behind the clouds and we quickly started taking off layers of clothes. At the first of two Whiskey Dick areas we hiked up the road and found Northern Shrike, Ravens, Western Meadowlark and Mourning Dove. We also found many insects including several Robber Flies, one with prey. There were few butterflies, it wasn’t yet very warm but it was incredibly windy, not good conditions for butterflies. There was one however, I identified it later as Becker’s White butterfly, and they were numerous around the landscape.

At the second Whiskey Dick area we also parked and walked up the road where we saw a lot of small brown birds I later identified as Sage Sparrows. That place was much more exposed to the wind and there wasn’t much to be seen, or heard so we drove on. On our way back to the highway, we drove by the Ginkgo Petrified Forest and stopped in. Unfortunately we had a quickly tiring four year old and only walked a little bit of the trails and didn’t have time to stop by the other half of the park. I did enjoy seeing some dragonflies around the entrance where there was some water. They looked like darners, but they were moving too fast and too high to get a good look or photo.