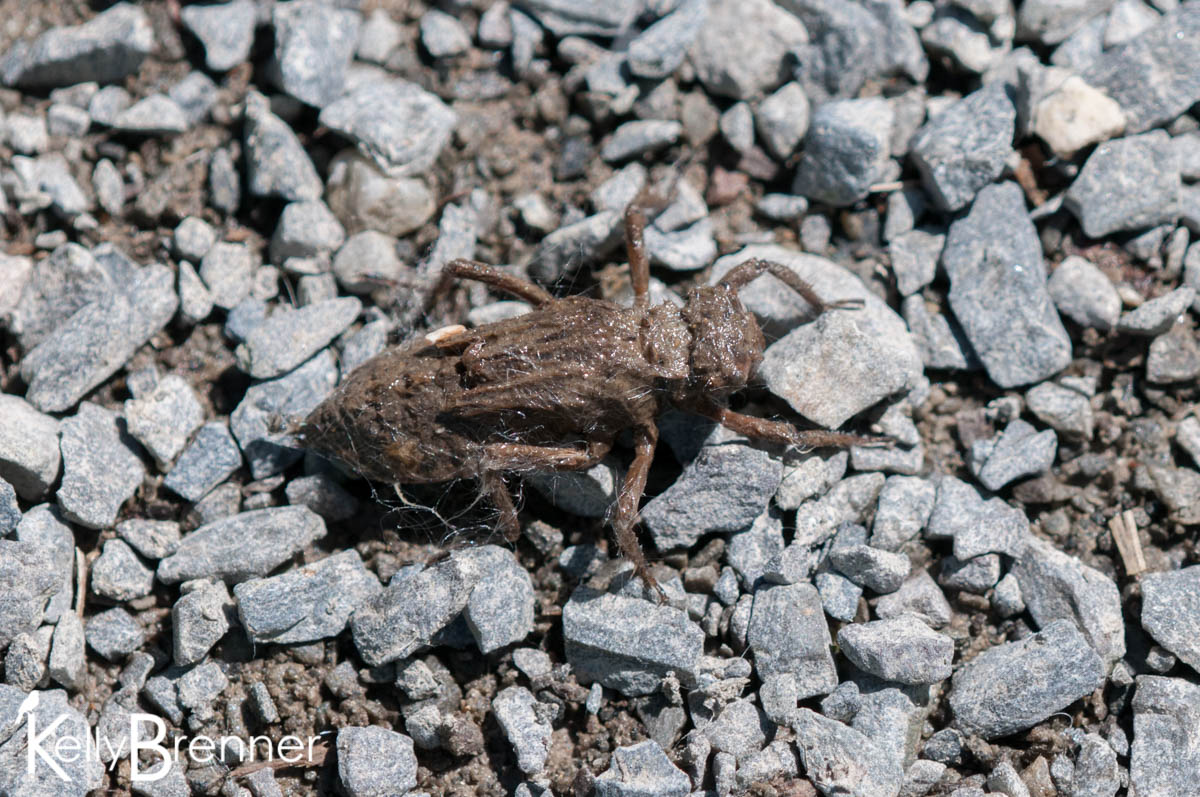 Update:: Thanks to the ever helpful and knowledgeable Dennis Paulson for identifying some of the species in my photos!

Some days just seem to be lucky days and today was one of them for me. The forecast was for a warm and sunny day so I packed my macro lens and after dropping off my daughter at school I headed to Magnuson Park. From the beginning there were many interesting encounters, but the highlight of the day was when a dragonfly larva ran right across the path in front of me. It knocked my socks off because I’ve never encountered a dragonfly larva out of the water except the one time I watched a dragonfly emerge from the exuvia. They most often leave the water at night under the cover of the dark and occasionally in the early morning. This was the middle of the day. I managed to capture a video of it once I regained my composure and a few photos. I emailed Dennis Paulson, our dragonfly expert, and he believes it was an Eight-spotted Skimmer or Common Whitetail.

I did encounter quite a few dragonflies, including an Eight-spotted Skimmer. I also found Cardinal Meadowhawks, Common Green Darners, Blue-eyed Darners, and plenty of damselflies including Tule Bluet and Western Forktail. I watched several dragonflies in the wheel position and a pair of Variegated Meadowhawk’s were laying eggs. There was also an Eight-spotted Skimmer female laying eggs solo.

The plants were full of bees and lady beetles, the native rose plants positively buzzing from all the action. I watched mating Grammoptera subargentata beetles bumped and jostled around by inconsiderate bumble bees. I found more sawfly larvae on gooseberry like I found on Day 116, and similarly, the plants were almost completely stripped of their foliage. Although I always scan plants for caterpillars or other larvae when I see plant damage, I almost never find them. Today I was lucky, I found several different caterpillars. While trying to find more I scared up a moth that flew across the path and let me take photos of it as well.

Butterflies were also a constant presence around the park and I found a couple bright yellow swallowtails and on the east side of the park, two Lorquin’s Admirals were drinking the minerals from the damp path.

There were many birds as well and I was amazed right away to find a Virginia Rail walking down the path. I wouldn’t have known it was there except I heard a bird call and when I turned around, there it was. I only managed to get off two terrible shots before it disappeared again. I also found Cedar Waxwings, countless Red-winged Blackbirds, American Goldfinches and the ponds were full of baby mallards. The Anna’s Hummingbirds were very active, males diving and buzzing all around the females.

As I rounded the pond I kept hearing a bizarre call I wasn’t familiar with and although the dragonflies pulled me on, I went back to try and find out what it was. While I waited to hear the call again, I heard another song that caught my attention as something I don’t encounter often and found a Savannah Sparrow singing. Later I did finally hear the mystery call again and it seemed to have two parts, one call from two different birds. I finally found it was a Pied-billed Grebe making the sounds, a call that is louder than I expected a bird that size could make.

I caught a glimpse of another unusual bird, a Warbling Vireo, and as I was standing watching the bird and trying to take photos, I felt several pinches on my foot. When I looked down I found I was standing on an ant nest and the tiny ants were biting me.

At the end I watched a Pied-billed Grebe wrestle with a long skinny, eel-like fish before finally downing it. The fish is likely an Oriental Weatherfish (Misgurnus anguillicaudatus) which is an introduced species found in Lake Washington.

It was an all around spectacular day. 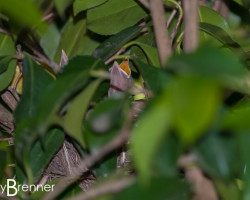 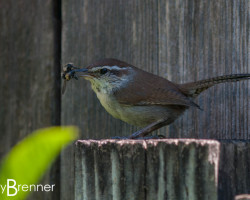