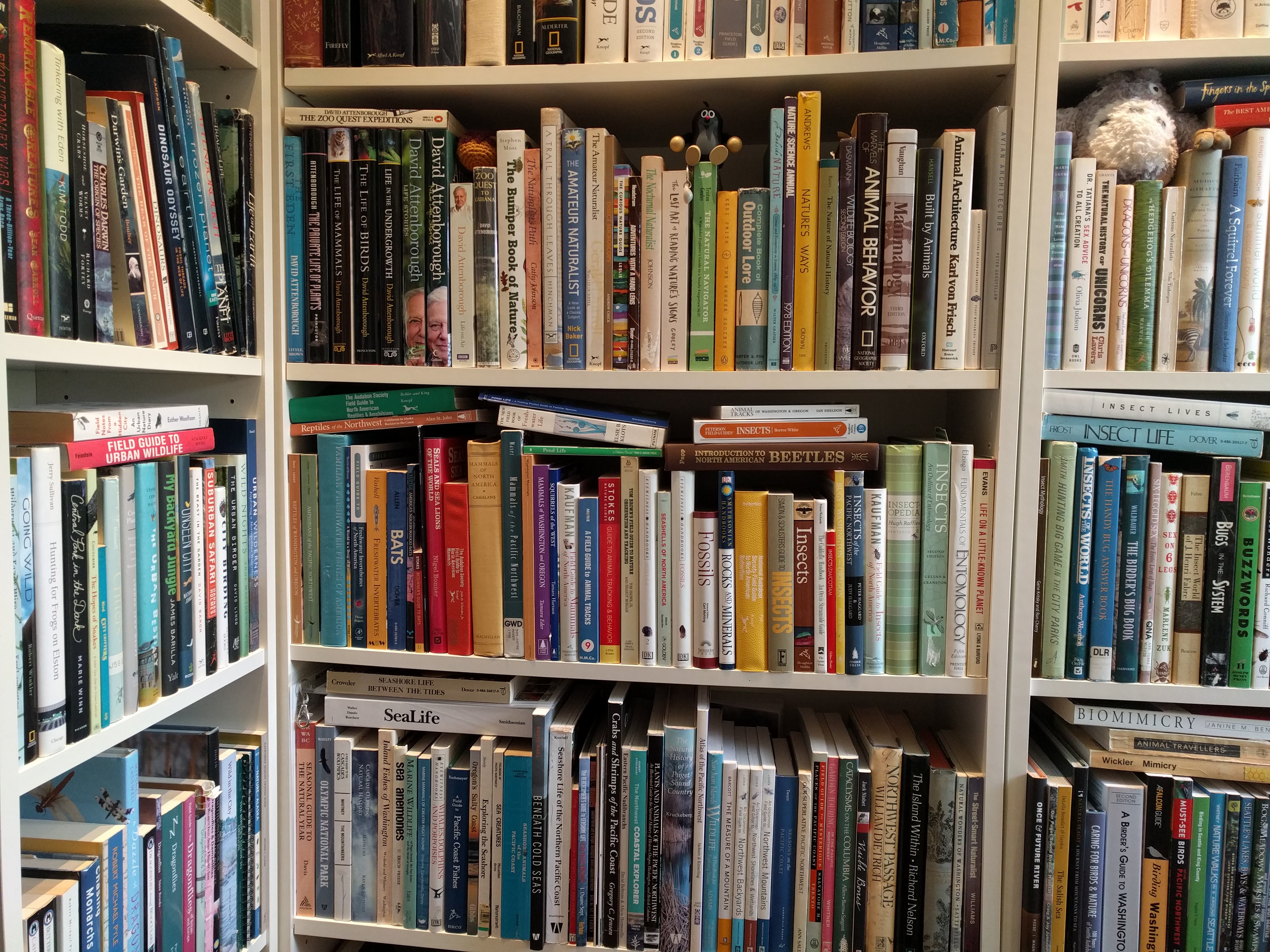 Somehow I managed to read 74 books during the year, so far, not counting picture books. They range from natural history to poetry, graphic novels and much in between. Below is a selection of some of the most notable books I read this year. You can see the complete list on my 2017 Goodreads Reading Challenge page. 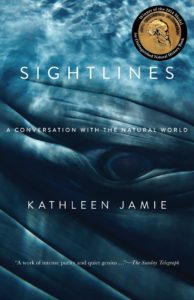 Sightlines: A Conversation with the Natural World – Kathleen Jamie

This was one of the first books I read this year and it instantly became a favorite. Jamie’s collection of essays range in length, but most of them are set in her native Scotland. She investigates a wide variety of subjects but perhaps my favorite was the essay in which she visits a natural history museum in Norway and watches as workers clean the bones of an old whale. Later in the year I returned to Kathleen Jamie with her other essay collection, Findings, and found it nearly as enjoyable.

The Hidden Life of Trees:What They Feel, How They Communicate – Discoveries from a Secret World – Peter Wohlleben

Among the books I read this year, this may have been the most illuminating. In Seattle we were lucky to host Peter on his North American tour, one of only two US cities to do so, and I was fascinated by his talk on trees. Despite all we know, or think we know, there is still so much we really don’t understand about trees. This book discusses many aspects of tree life which I was completely ignorant about, even thought I knew quite a bit about them. Notably is their interactions with each other and how they not only communicate, but recognize one another and even have ‘friends’. It’s full of so many fascinating facts it’s hard to process it all in a single read.

Tides: The Science and Spirit of the Ocean – Jonathan White

This book was also an illuminating look a rather everyday occurrence, tides. The best books are the ones which make us realize we don’t know anything about topics we thought we did, and this falls into that category by explaining the huge variation in tides around the world. Not only does the book describe the basics of how tides function, but it features many fascinating phenomenon, like the massive tide in China which races up a river every day. Or the tide in France where the tidal plains are so vast, the water completely disappears from sight at low tide. My favorite discussion was about the different basins in the oceans. If we look at the oceans not as large, featureless areas, but instead by the formations under each, we can see they resemble different shaped containers. Some are small and shallow like a yogurt container while others are large and deep like a garbage bin. And each resonates differently with the moon or sun and produces wildly different results around the world. 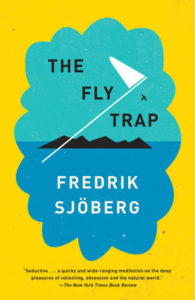 I have not yet read a book by Gerald Durrell I haven’t liked, but this is one of the better ones I’ve read so far. This book follows his travels through Patagonia collecting animals for his zoo. His portrayal of the wildlife and landscape are vivid and frequently humorous as are his descriptions of the people he encounters and works with. During the year I also finished the only book I hadn’t yet read of his Corfu series, Fauna & Family which was also good fun and quite funny.

The Edge of the Sea – Rachel Carson

Some books are worth savoring, and this exploration of the tidal zone is very worthy. Carson’s investigations of beaches up and down the east coast are poetic, educational and interesting. I spent a lot of time this year learning about life in the tidal zone during the last two years and enjoyed the book for its prose as well as what I learned from it about the shoreline. Carson’s writing is mesmerizing and her sense of wonder and curiosity is absolute and contagious.

Most of the time when book shopping I search for a certain book, or a specific subject, but once in a while I pick something off the shelf at random. I grabbed this one because of the subject matter and was doubly interested when I discovered it was first published in Sweden. I spend time periodically lamenting the lack of natural history books out there which have never been published in English, a travesty in my opinion, so this find was exciting to me. This book is entertaining being written by an entomologist with a sense of humor. The book is almost entirely set on a small island in Sweden and documents the writer’s discoveries of the diversity of flies living there and his exploits in finding them.

This year I read a lot of poetry and tried to find more nature poets. Among my favorites were Kathleen Jamie’s The Bonniest Companie and The Overhaul. Other books I enjoyed were W. S. Merwin’s Garden Time, Mary Oliver’s A Thousand Mornings and Red Bird and Robert Michael Pyle’s Chinook and Chanterelle. 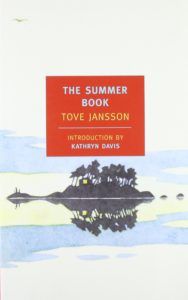 Although I’d read all of the Moomin books by Jansson, I had not yet read any of her adult books. I began with her most well-known which focuses on a tiny island in the Gulf of Finland where a young girl stays with her father and her grandmother in a cabin during the summer. It’s an intimate look at the life and culture of these small islands. Later in the year I read A Winter Book which was also very enjoyable. Both are books to be savored.

Fantastic Beasts and Where to Find them – J. K. Rowling

Any time natural history finds its way into fiction I tend to rejoice a little. The original Harry Potter series introduced a lot of creatures and plants, but this book is a creative and fun look at some of the creatures. Some are mythical beasts we already know about, like the Loch Ness Monster, centaurs and dragons, but there are many new and interesting creatures. It is more like a field guide with short entries, although unfortunately, without images.

This is the third book in Sanderson’s Stormlight Archive and I had eagerly waited two years for it to arrive. This is one of my favorite series, not only because it has a complex and interesting story, but because Sanderson creates amazingly detailed worlds. This book continues that exploration although perhaps a little less than the previous two books which describe, in great detail, the strange animals and plants of the world. One of the characters even sketched and studied the nature of the world, which I thought was a brilliant way to illustrate – literally and figuratively – the land. 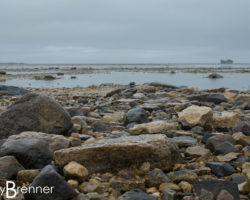 Churchill, Manitoba is a flat landscape, most of the topography long ago scraped away by glaciers. However, we were on our way to see Churchill's highest point as part of my learning vacation with the  Churchill Northern Studies Centre. We 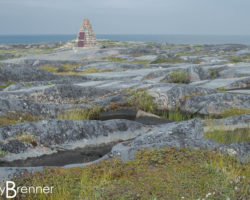 Sitting on the opposite side of the mouth of the Churchill River from the Prince of Wales Fort is Cape Merry. Our Churchill Northern Studies Centre group stopped here twice and we were able to get out and explore the rocky