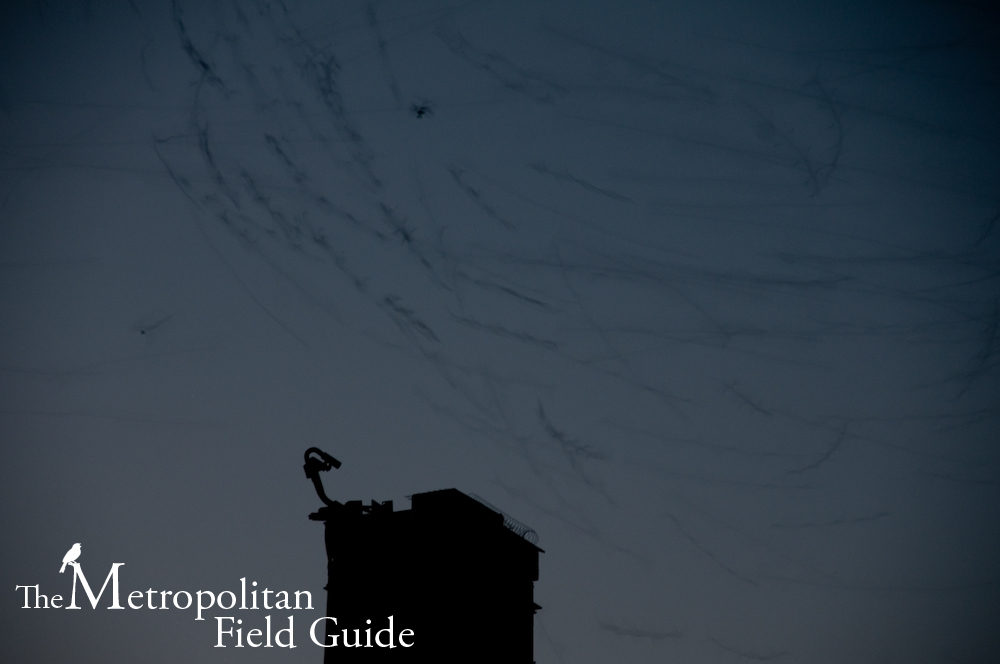 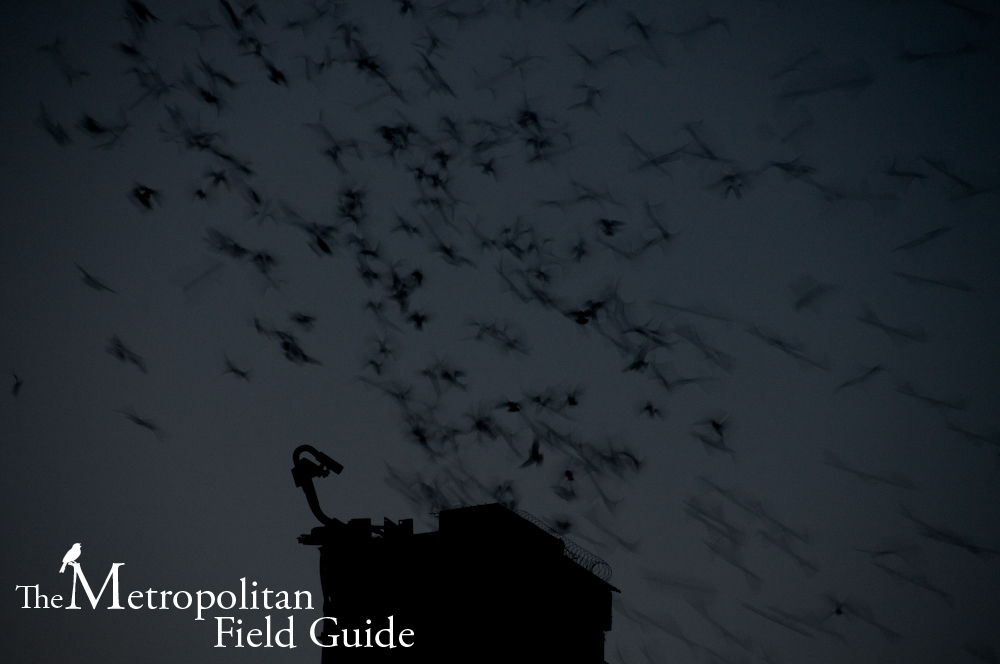 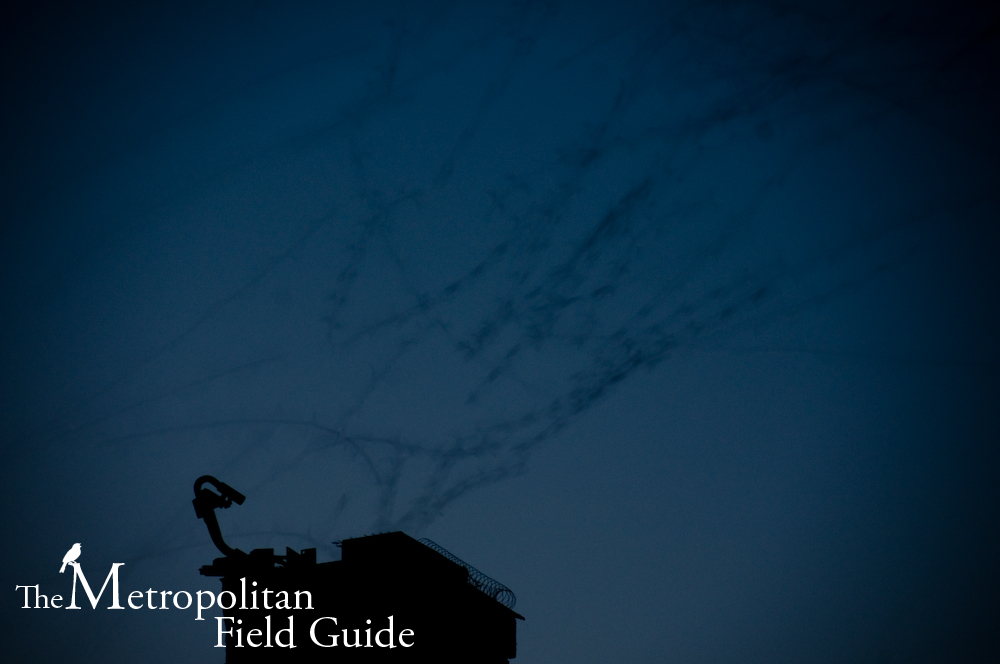 Swifts are one of the few birds that can draw crowds like rock stars. Their roosting is one of the greatest migration wonders of the natural world and they often choose to share it with us in the urban world. Several species of swifts are well known to roost in chimneys, often where many people have a chance to watch them. On the west coast of North and Central America Vaux’s Swifts roost in chimneys along their migration route. East of the Rockies, a similar species, the Chimney Swift does the same thing. They roost communally, often by the thousands and they all descend into their roost site at the same time creating a huge spectacle. At several urban sites people will gather numbering from the tens to the thousands to watch the swifts descent into a chimney. In Europe and Asia the Common Swift is a familiar city sight and they range as far north as the Laplands, as far east as China and spend their winters in Africa. In the UK the Swifts commonly nest in roofs and not in chimneys, but very often in urban settings. You may remember a post a short time ago about nest boxes, roofs and swifts in the UK, Not Your Traditional Nest Box. 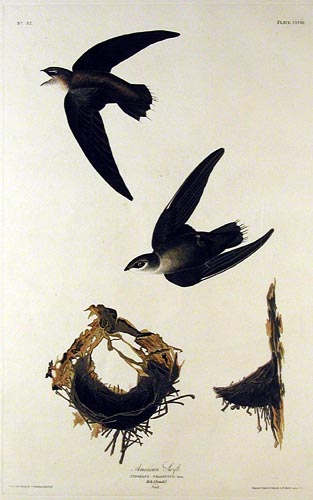 In the cities, these birds make choice of a particular chimney for their roosting place, where, early in spring, before they have begun building, both sexes resort in multitudes, from an hour or more before sunset, until long after dark. Before entering the aperture, they fly round and over it many times, but finally go in one at a time, until hurried by the lateness of the hour, several drop in together. They cling to the wall with their claws, supporting themselves also by their sharp tail, until the dawn, when, with a roaring sound, the whole pass out almost at once. Whilst at St. Francisville in Louisiana, I took the trouble of counting how many entered one chimney before dark. I sat at a window not far from the spot, and reckoned upwards of a thousand, having missed a considerable number. The place at that time contained about a hundred houses, and no doubt existed in my mind that the greater number of these birds were on their way southward, and had merely stopped there for the night.
–John James Audubon, Birds of America

Swifts are small birds, similar to Swallows, who spend the majority of their day catching insects. In fact a single Swift can consume as many as 20,000 insects in a single day. They will never land on a tree branch or power line because their feet are not equipped to do so. In North America, both species would naturally nest and roost in hollow trees, with the same descending spectacle, but Chimney Swifts, and to a lesser extent Vaux’s Swifts, have started to make use of chimneys. Vaux’s Swifts may become more dependent on chimneys if their preferred old growth habitat is lost. Their nests are made of small, dead twigs in an open, half circle and are attached to the inside wall of trees or chimneys. The Vaux’s Swift is a surprisingly unstudied bird and many aspects of the life history are still unknown. Also for reasons mostly unknown, all three species population numbers have been in recent decline.

In Monroe, Washington a few thousand swifts have been recorded to roost in a school chimney while in Portland, Oregon at Chapman Elementary School as many as 40,000 funnel into the chimney at sunset every night during their stay, twice each year, while migrating. There are many more swifts during their southbound migration because all of the new, juvenile birds now travel south with their parents. Here is a good video from Oregon Field Guide on Oregon Public Broadcasting that talks about the swifts and their roosting in Chapman Elementary School.

This year Vaux’s Swifts have appeared to take up a similar residence in L.A. surprising a number of local residents by their extremely urban location choice. The Chester Building, an 84 year old, 12 story building constructed in 1926 includes an adjacent, abandoned brick chimney where the birds took up residence on their northbound migration in the spring this year. Unfortunately in L.A. many old, brick chimneys are being torn down because they don’t meet earthquake codes. Newer chimneys are smooth and insulated which are unfavorable for the swifts because they can’t grip the smooth surface.

Like the Vaux’s Swift, Common Swifts have also been in decline in Europe and Asia. There are efforts to save swifts in London and even in the Czech Republic where it was named the bird of the year a few years ago.  Beijing has also seen a steady decline in swifts in a city where they have been so prevalent since the 13th century that another name for the city was Yanjing(燕京) or Swift Capitol. Ironically, the Birds Nest stadium and other stadiums which were built for the Olympics were all non-friendly swift buildings.

Protecting the swifts by protecting chimneys is one way to help the birds along their migration route. In some cases however many are finding the renovation and/or maintenance costs prohibitive, especially when trying to meet earthquake safety codes. Some groups are already creating alternative structures for swifts to roost in such as is the case with Chimney Swift Conservation Project, in Minnesota. The project, spearheaded by Audubon Minnesota, partners with a variety of groups including schools, parks, corporations and individuals, to construct towers and educate people. They have successfully installed a number of towers in a variety of locations, some of them local schools which in turn look at them as a new source of education. There are similar efforts in New York City by Audubon New York who have successfully placed swift towers in all five boroughs. In North Carolina individuals can apply for a grant from Wildlife Rehabilitators of North Carolina to build swift towers. People who have already applied and installed towers are being rewarded with successful nesting in their towers.

There are some good resources for the construction of swift towers, one such is Providing and Maintaining Nesting Habitat for Chimney Swifts (PDF). These towers have been placed in 20 or more states so far. There is also a book dedicated to the subject of swift towers and how to construct them: Chimney Swift Towers: New Habitat for America’s Mysterious Birds.

It’s wonderful that we can share our buildings with such amazing wildlife and it’s even more amazing that so many people are interested in them. The overlap of the urban life and the natural world can be a wonderful thing, especially when the spectacle attracts hundreds if not thousands of people, looking for a way to connect to that world. It’s an ideal situation for learning, bonding and conversation.

Comments are now closed for this article.

Retaining walls are a fact of life for many landscapes, even those with only a slight slope. The majority of walls however, are constructed as a flat surface, stones bound together with mortar 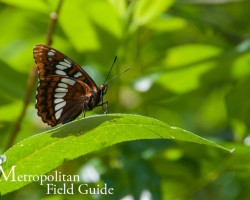