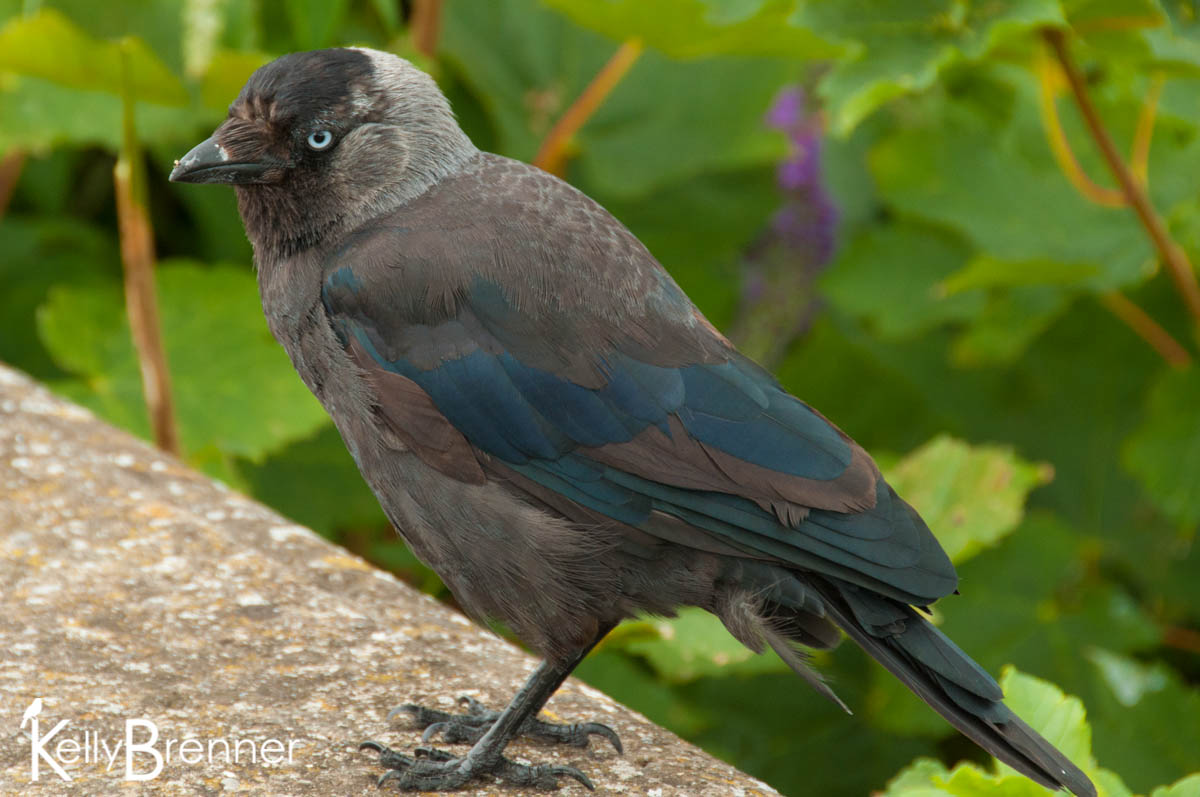 If you spend time in any European city, chances are very high you’ll come across the Jackdaw. Found throughout most of Europe with the exception of the far north, it’s a common bird in cities, mountains, sea cliffs, fields and other habitats. For the most part they’re residents and will breed in cities, often in or on human structures. Couples pair in their first year and mate for life and they can usually be found together even in large flocks, often times sitting very close together. The Jackdaw is a social bird forming flocks to roost or forage, at times with other species such as Rooks and Starlings. Within their own species, there is a hierarchy and a lead, or head bird in charge.

Jackdaws are the smallest of the ‘black crows’ and are dark gray, almost black with lighter gray neck and underparts and they have distinctive grey eyes. In flight they can be quite aerobatic performing flips and dives, and often whole flocks participate in this behavior. The Jackdaw will eat a wide variety of food including insects, seeds and other grains, fruits, eggs and even young birds and like other Corvids they will often cache their food. They will often visit feeders or search for scraps in the trash making them opportunists as well as generalist feeders. They will raid pigeon nests in cities making them a friend of pest controllers trying to reduce pigeon populations and nesting sites.

Nest sites include a wide variety of spaces including chimneys, nest boxes, tree cavities, caves and other cavities, both natural and man-made. They will nest in colonies, often close together, but loosely knit. Nests are filled with sticks and twigs and lined with hair such as wool. The Jackdaw is one European bird which has increased in population in the 20th century. This could be due to their generalist feeding habits and perhaps due to an increase in nesting sites from human structures.

In Wells, a small cathedral city located in the UK, author W. H. Hudson observed in his book Bird and Man in 1901 the nesting behavior of  what he called ‘cathedral daws’, which were locally called “Bishop’s Jacks” while the neighboring cliff nesting Jackdaws were referred to as the “Ebor Jacks”. He observed the Jackdaws nesting “in the cavities behind the stone statues, standing, each in its niche, in rows, tier above tier, on the west front”. After their morning nest building a man would go by under their nests and collect all of the sticks the Jackdaws had dropped in great numbers.

They are highly intelligent and very inquisitive birds and have been known to steal money and other shiny objects, a fact observed and noted by Pliny. From this reputation the Jackdaw was represented in a medieval version of the Seven Deadly Sins with a merchant to illustrate the sin of Avarice. In Ireland, it was believed that if a Jackdaw did not inhabit a castle which was in ruins that it was haunted. Also in Ireland it was believed that the arrival of a lone Jackdaw was a bad omen as was one falling down the chimney, which could happen quite often due to their habit of building nests by simply dropping sticks until a rough platform is made and constructing the nest upon it. Their name from the 15th century was simply ‘daw’ with ‘Jack’, which often means smaller or also rogue, added on later.

Back in May I announced that I was joining the Native Plants & Wildlife Gardens team to contribute a post every month. I have since then written five articles for the blog but unless you follow The Metropolitan Field Guide 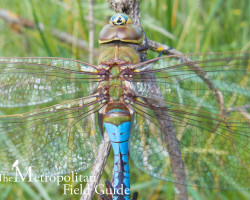 Magnuson Park is located in Seattle along Lake Washington, north of the University of Washington. The park has a long history of dramatic land use change and part of it has now come back full circle. In the days of