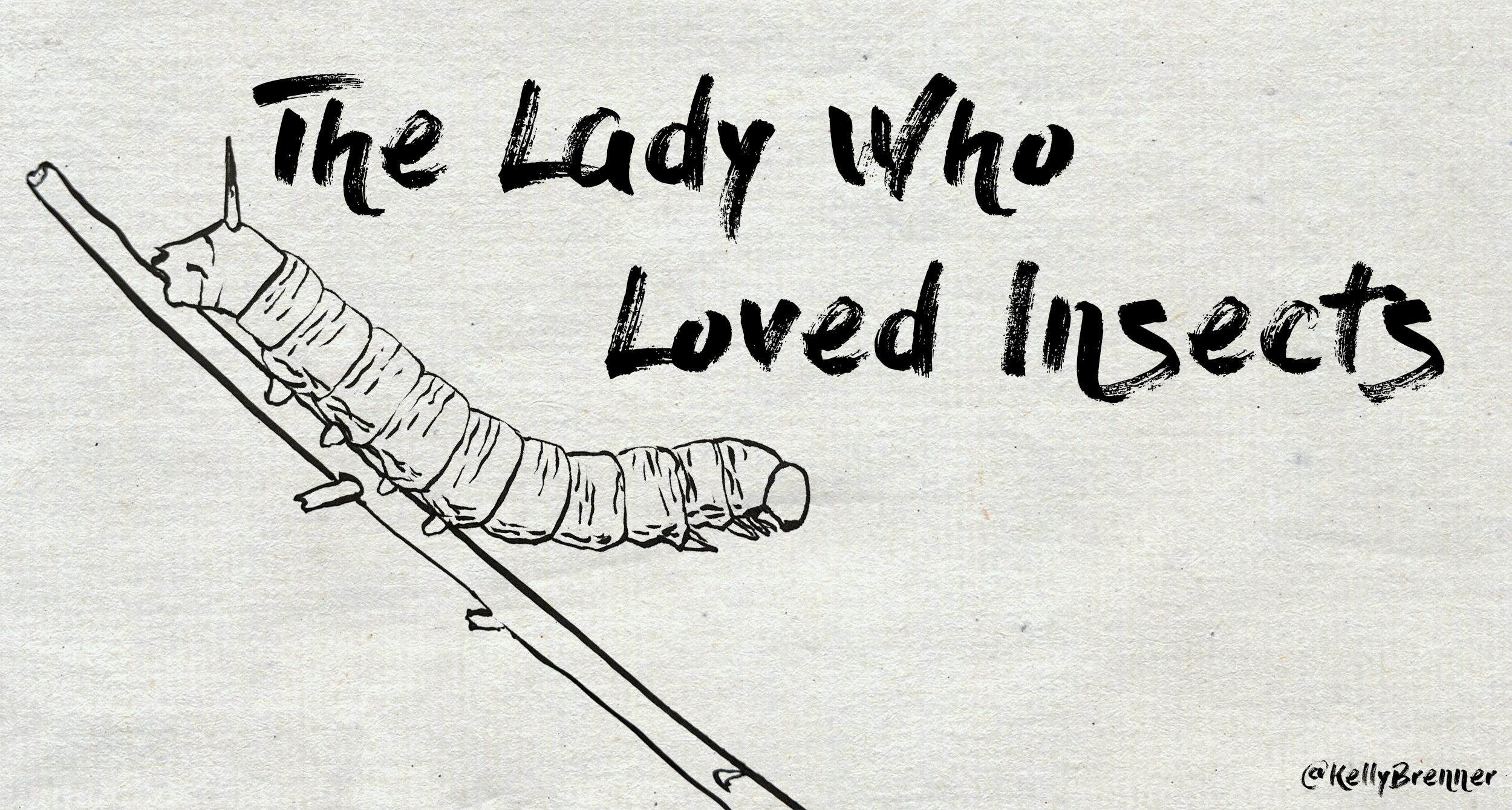 The Lady Who Loved Insects

Written in twelfth century Japan, the short story The Lady Who Love Insects was likely meant as a cautionary tale but has since become an inspiration for Hayao Miyzaki when creating his iconic Nausicaä of the Valley of the Wind. In the The Lady Who Love Insects, the Lady is extremely eccentric and refuses to conform to the normal societal appearance of her position. She leaves her teeth unblackened, her eyebrows are unplucked and natural, her hair loose and she generally ignores the traditional fashion.

But perhaps more eccentric than her appearance, is her behavior due to her love of insects. However, she doesn’t watch the more socially acceptable butterflies. In fact, she despises butterflies and moths because people only look at their beauty and fail to ask questions about their lives. ““The way people lose themselves in admiration of blossoms and butterflies is positively silly and incomprehensible,” she would say. “It is the person who wants the truth and inquires into the essence of things who has an interesting mind.””

The Lady is instead fascinated by the lifecycle of the insects, recognizing that the caterpillar’s stages of growth is far more interesting than the adult. “What intrigues me the most is the caterpillars, which have a certain appeal.” She catches and rears the caterpillars in order to study their lives as larvae and spends her days watches them instead of attending to other more lady-like activities like calligraphy.

““Only when one examines all things and looks at their outcome do things have significance. That’s being very childish, because caterpillars turn into butterflies.” She took out some in which that phase was emerging, and as she showed them, said, “The clothes that people wear by the name of ‘silk’ are produced by worms before they grow wings and when they become butterflies, why then they are completely worthless!” Against this they could find not argument and were confounded.”

Her love of insects causes her lady attendants to shy away so instead, she unconventionally surrounds herself with young ‘disreputable’ boys who help her find and catch insects that she can study. But she decides their given names are too dull, so she renames them ‘Mole Cricket’, ‘Dragonfly’ and ‘Millipede’.

“To the boys who caught the insects the lady gave interesting things, things they desired; and so they collected various kinds of frightful-looking creatures and presented them to her. Although the caterpillars had fine-looking fur and all, they did not suggest anything to her imagination, and for that reason she found them lacking. So they would collect such things as mantises and snails, and she had them sing loud songs about them for her to hear, and raised her voice herself to chant the ditty:

Why to the horns of the snail
Battle each other to no avail?”

Although she is mocked and derided by her lady attendants, a trick is played on her and she is continually mocked, she continues to pursue her interests in insects completely unashamed.

It’s easy to see how Miyazaki took inspiration from this unapologetic character for Nausicaä, who similarly looks favorably upon the insects of her world, in stark contrast to the rest of the people.  Nausicaä does not join with the rest of society’s disgust and fear of insects, despite the insects in her world being massively sized, the result of a war ravaged and polluted world. Instead, she befriends the enormous ohmu, who resemble roly poly bugs, and learns to charm the other oversized insects. Her observation of their lives and behavior allow her to learn to live with them instead of killing them.

Insects are a major theme throughout Hayao Miyazaki’s movie and manga, and Nausicaä’s understanding of them is key to her heroics in saving not only the people of her beloved Valley of the Wind, but those in other lands as well.

While The Lady Who Loved Insects may have started out as a story to ridicule a different and more unusual view of the world, it has since offered us a different approach – an appreciation of the minute and misunderstood and a desire to learn how they connect us all together.

English translation of The Lady Who Loved Insects