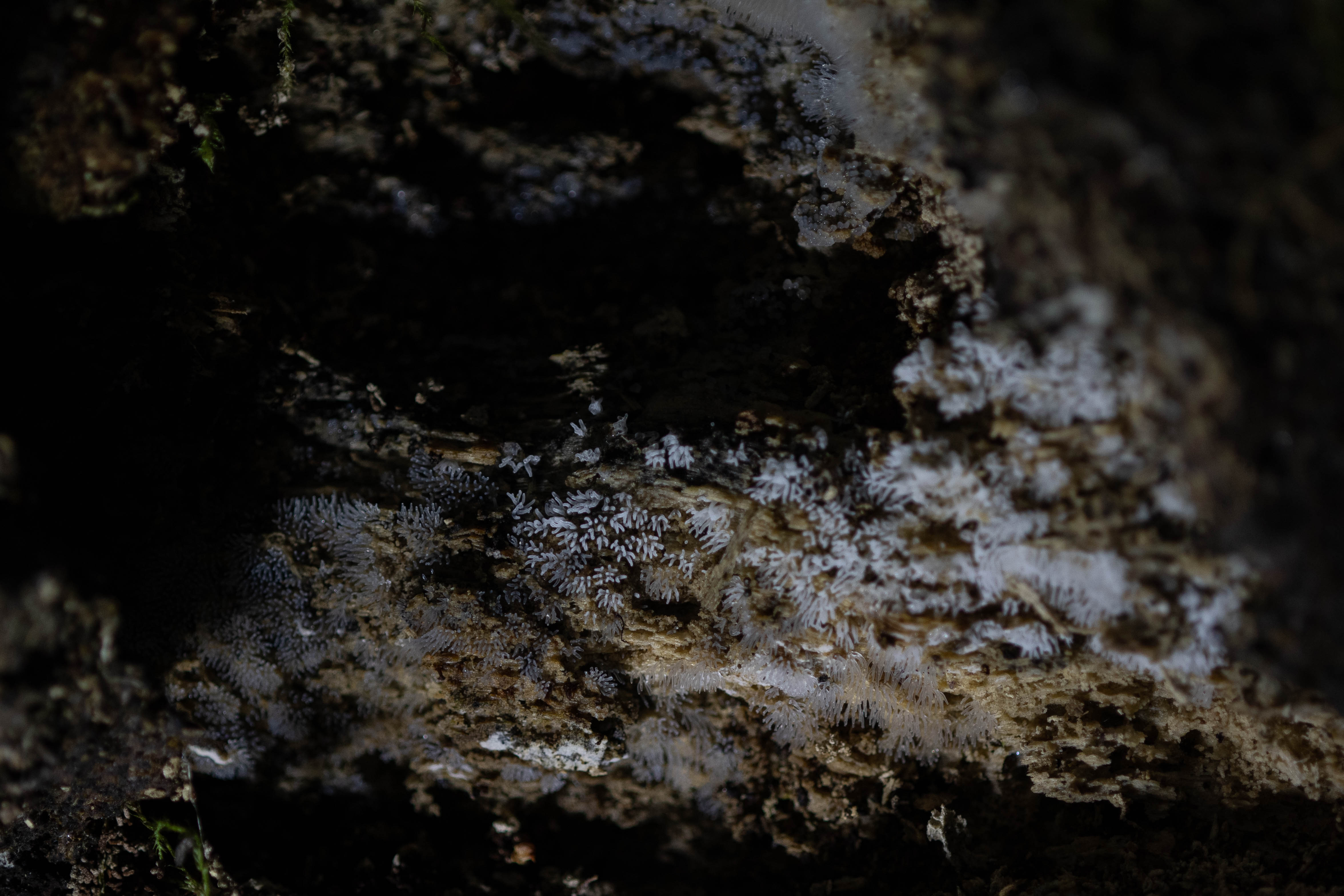 To say this has been a weird summer would be an understatement. Because of the pandemic, there was no annual trip abroad to explore new landscapes and nature, and I haven’t done a good job getting out locally either. Part of the reason for that is with nothing else do do, and being cooped up so much, people have been packing into parks and nature spaces since the spring and trails and parking have been overly crowded as a result. Going into nature with crowds is worse than not going at all to me, so I’ve spent a lot of time at home.

That’s not to say I’m not going out at all though! I try to select the quieter weekday times when places are less busy, and so it was I found myself at one of my usual haunts in Sammamish to look for dragonflies and slime molds. I don’t often go on slime mold hunts during the summer because it’s so dry, but since this location has the best of both worlds, slime molds and dragonflies, it was a good opportunity to search. 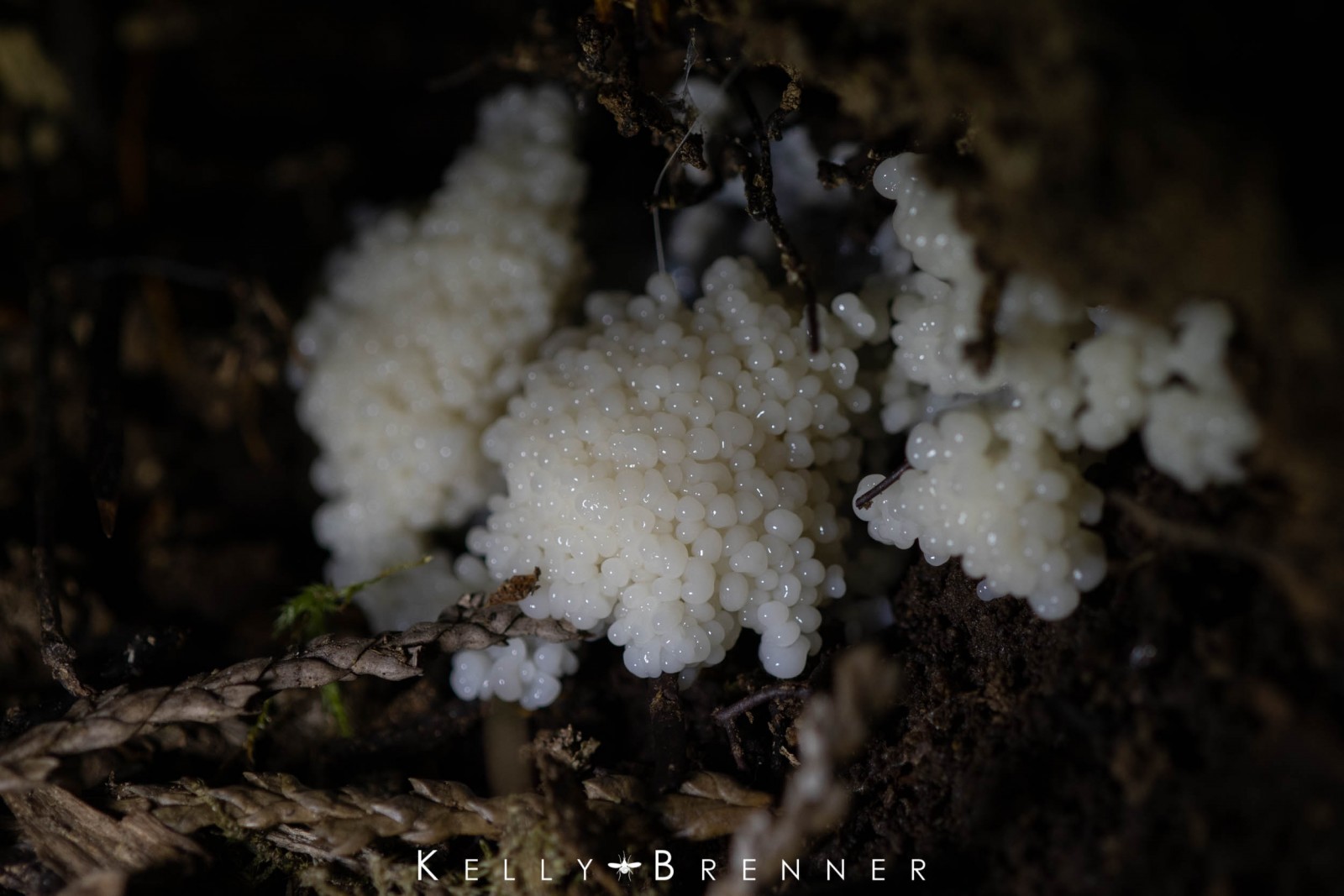 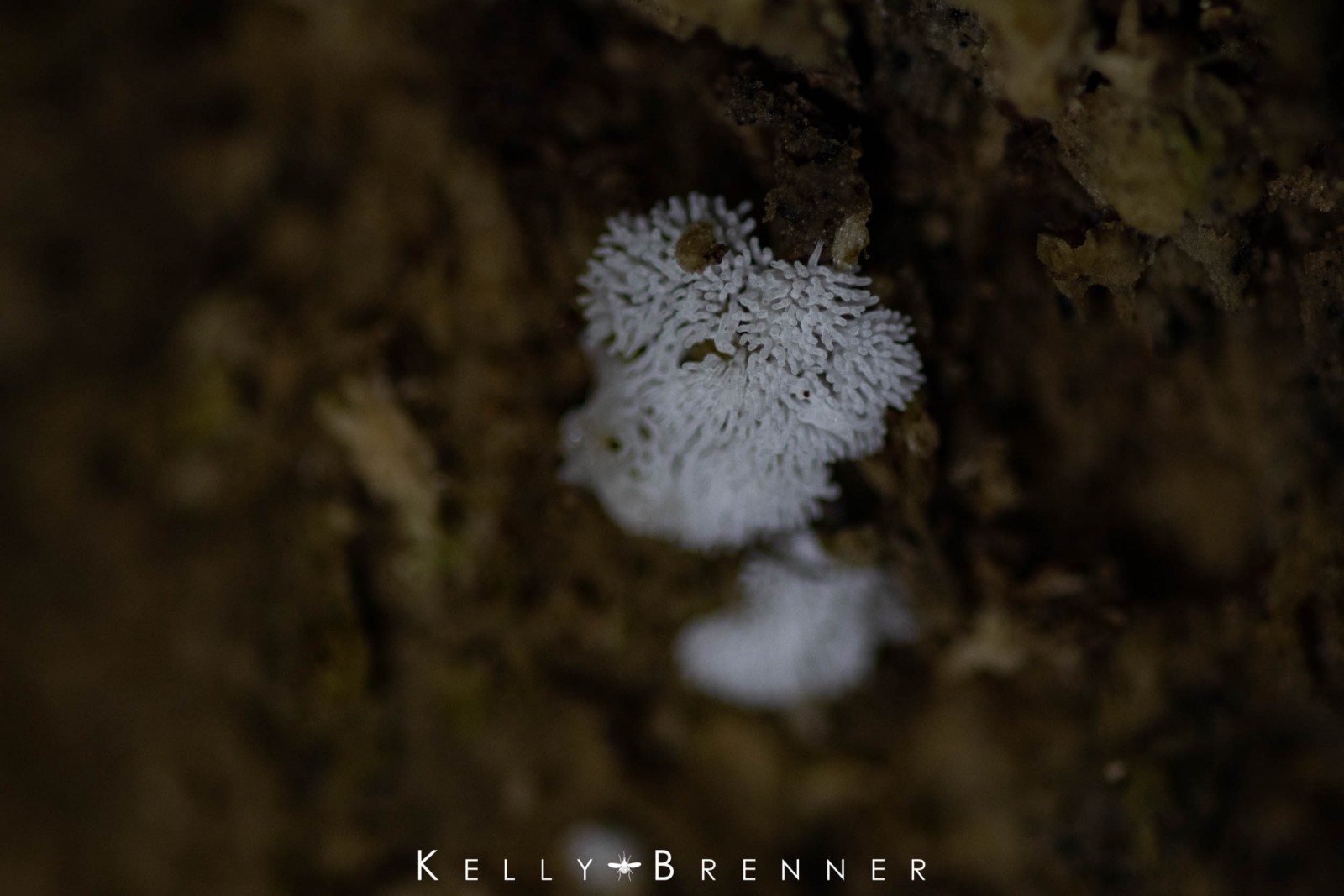 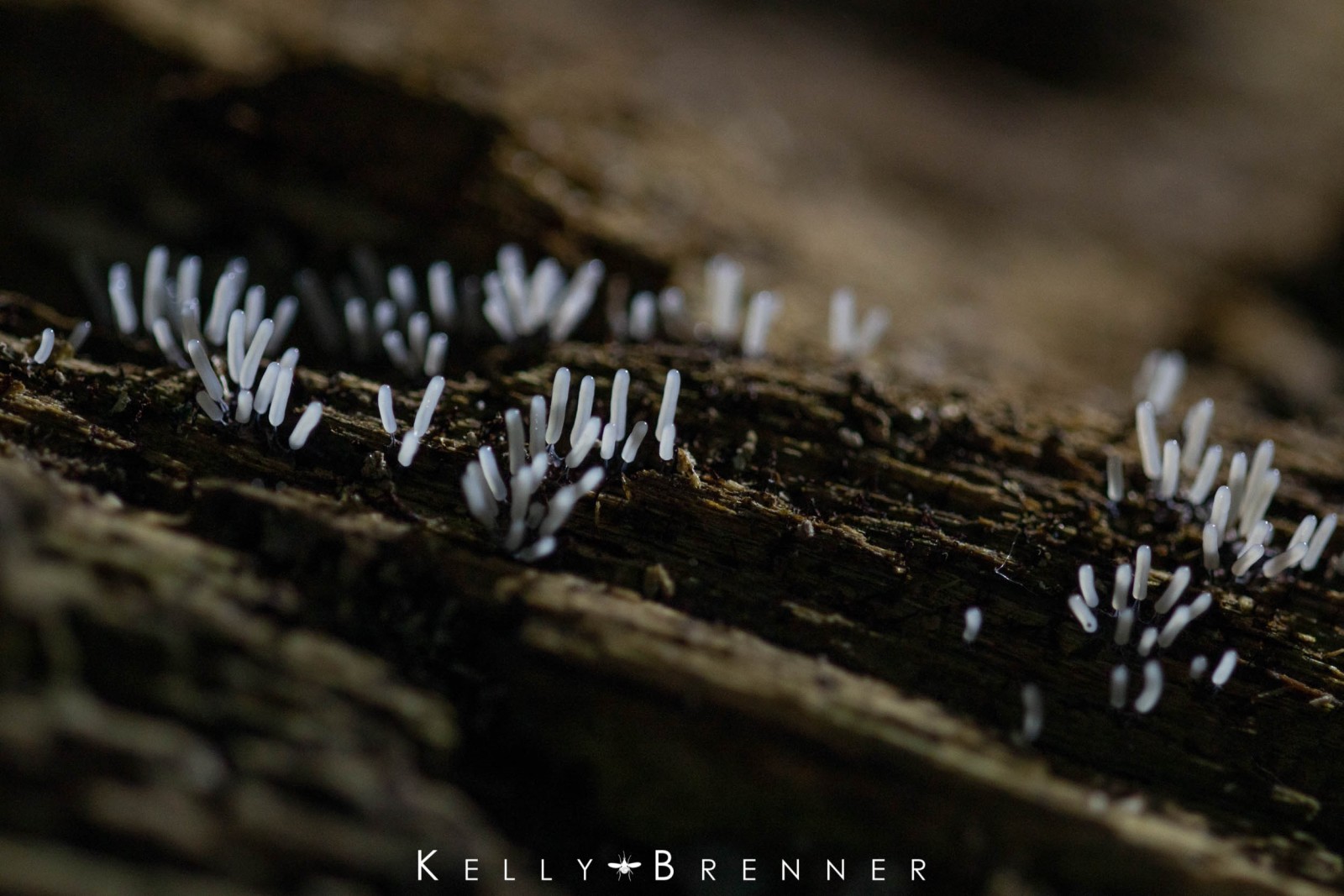 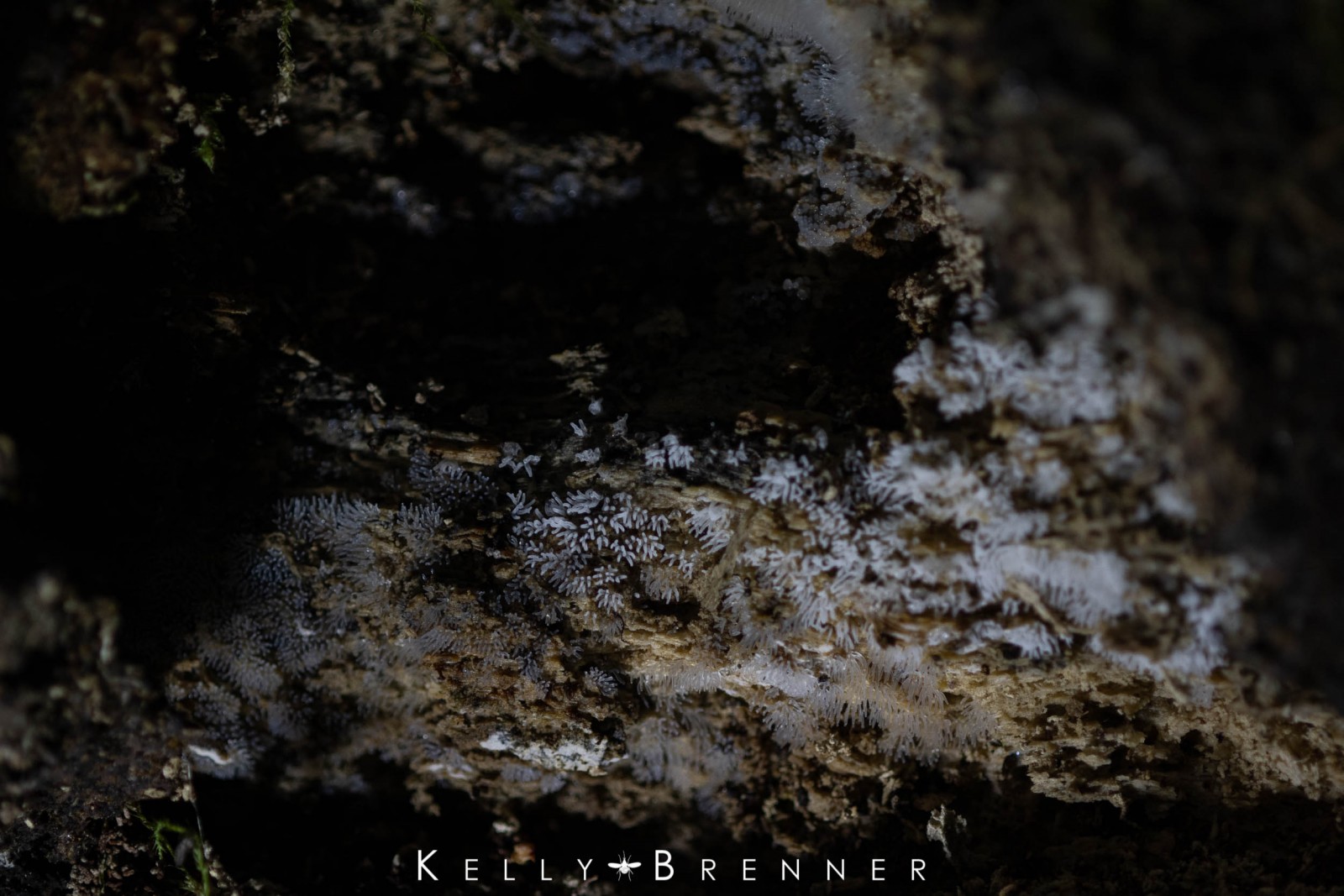 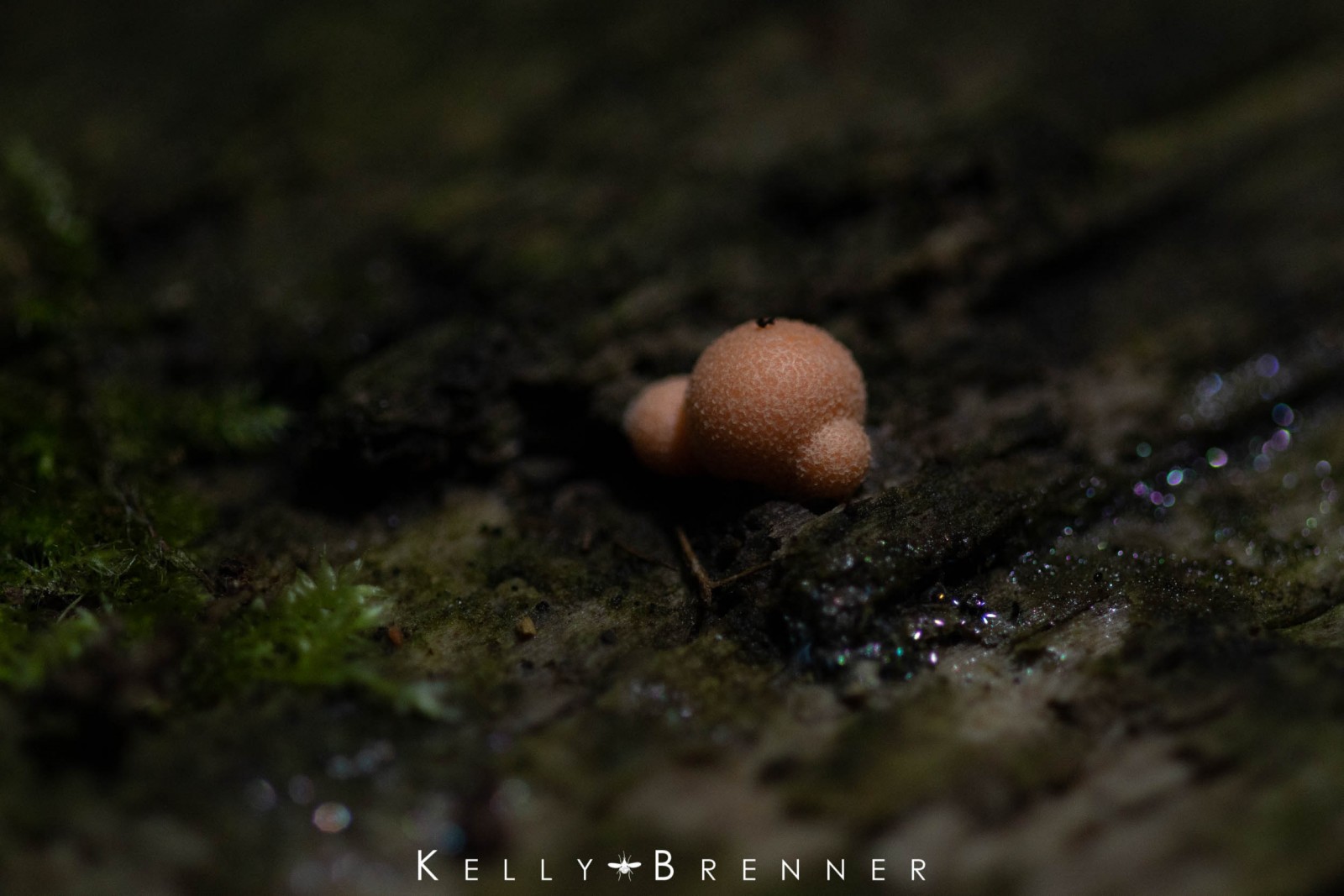 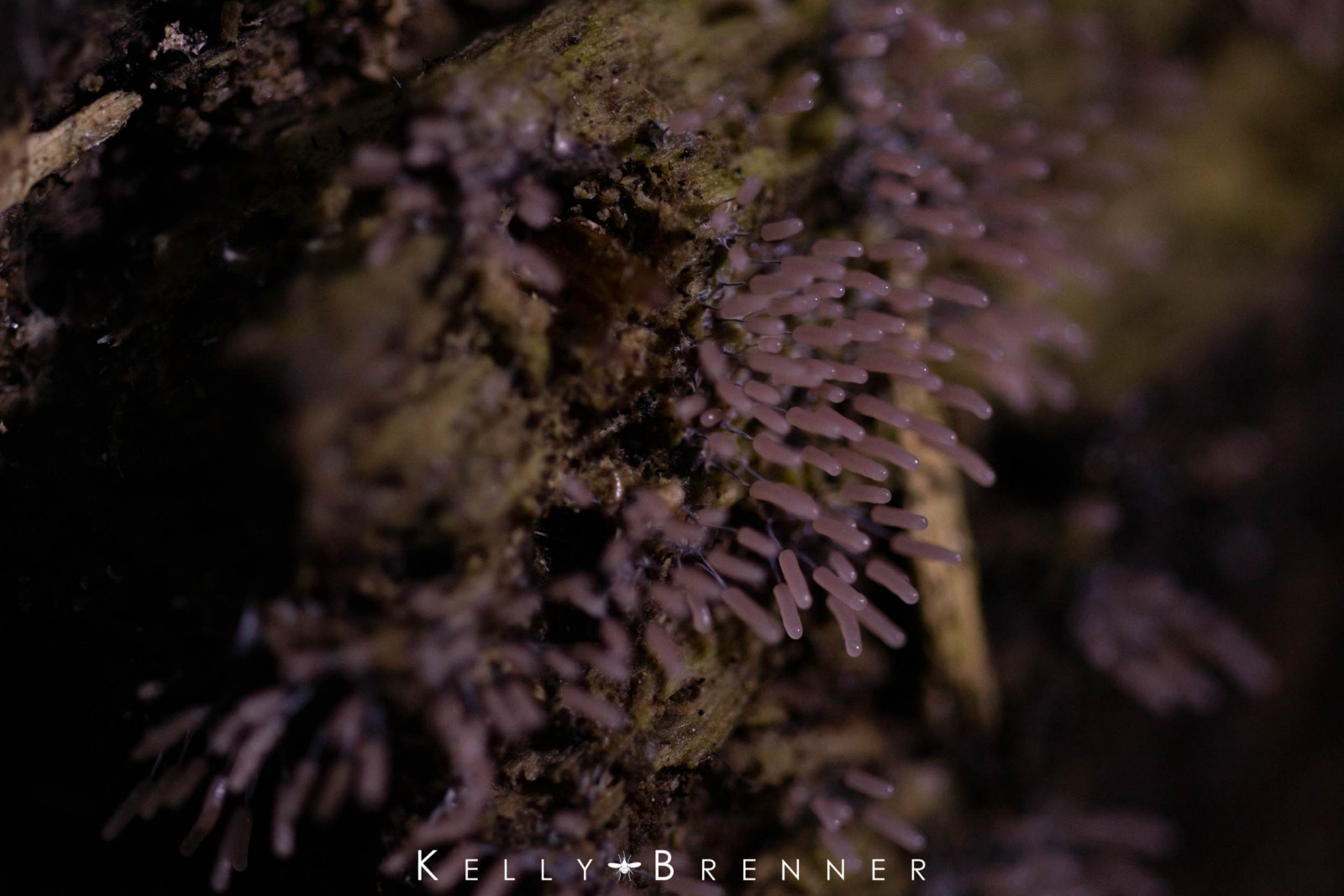 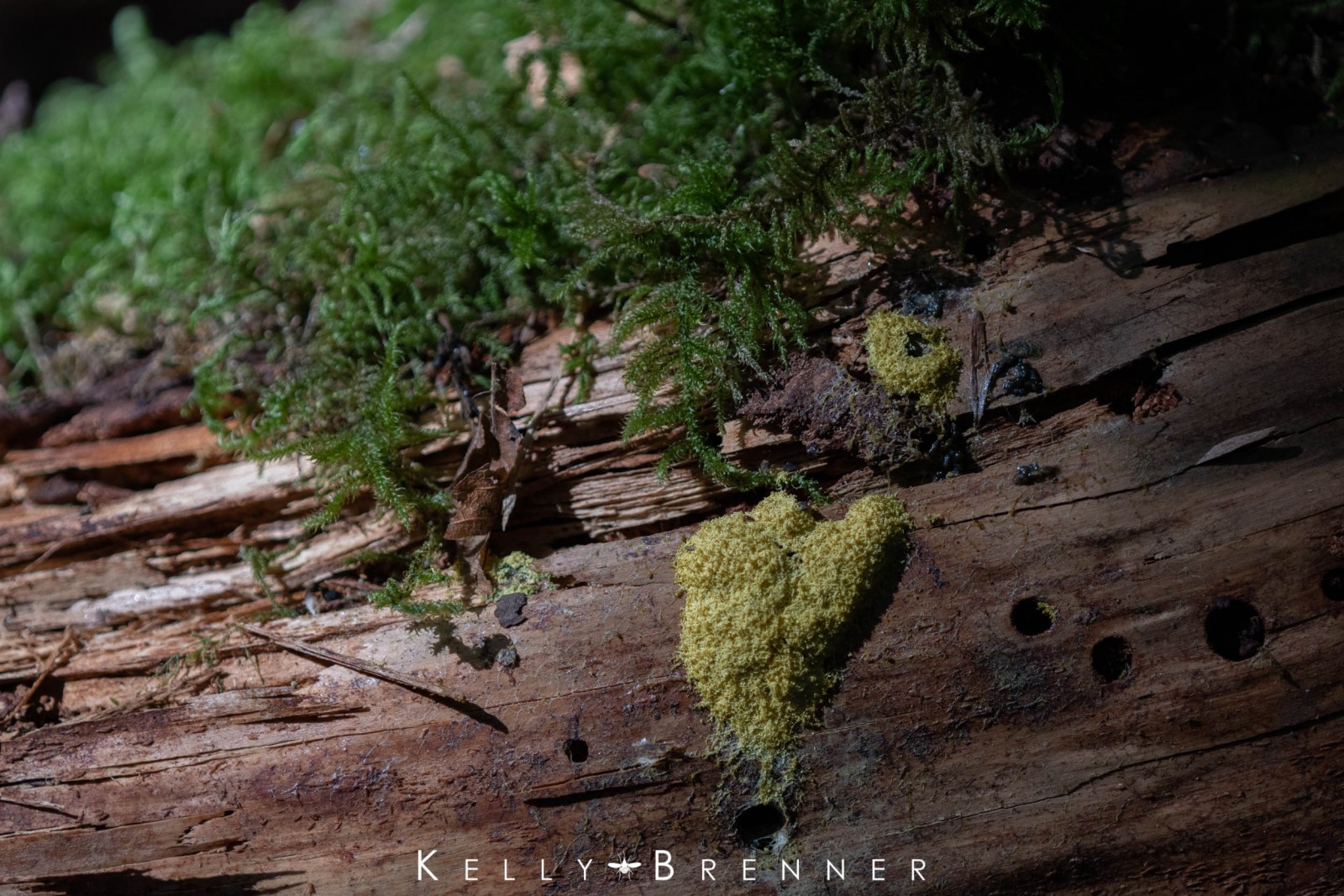 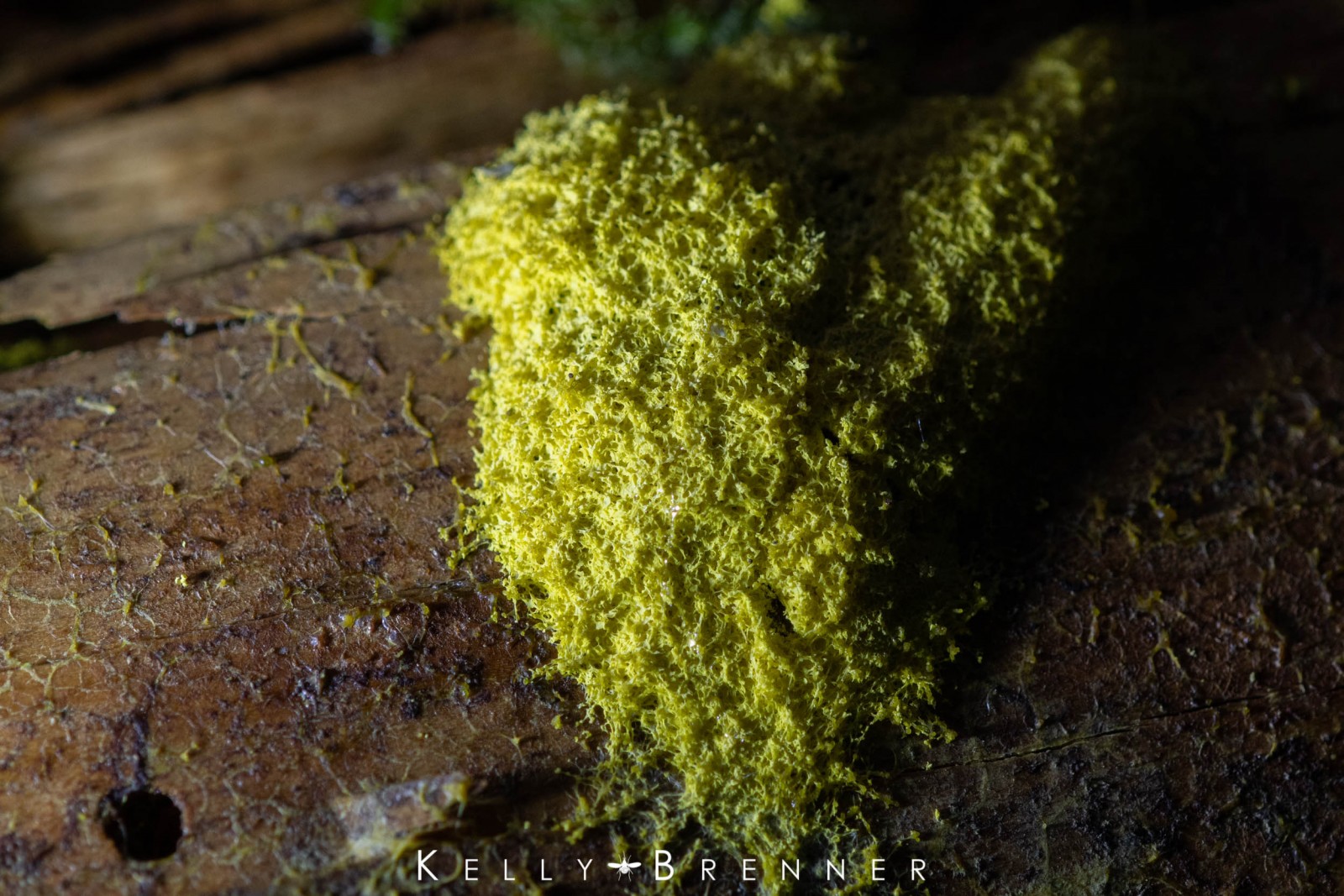 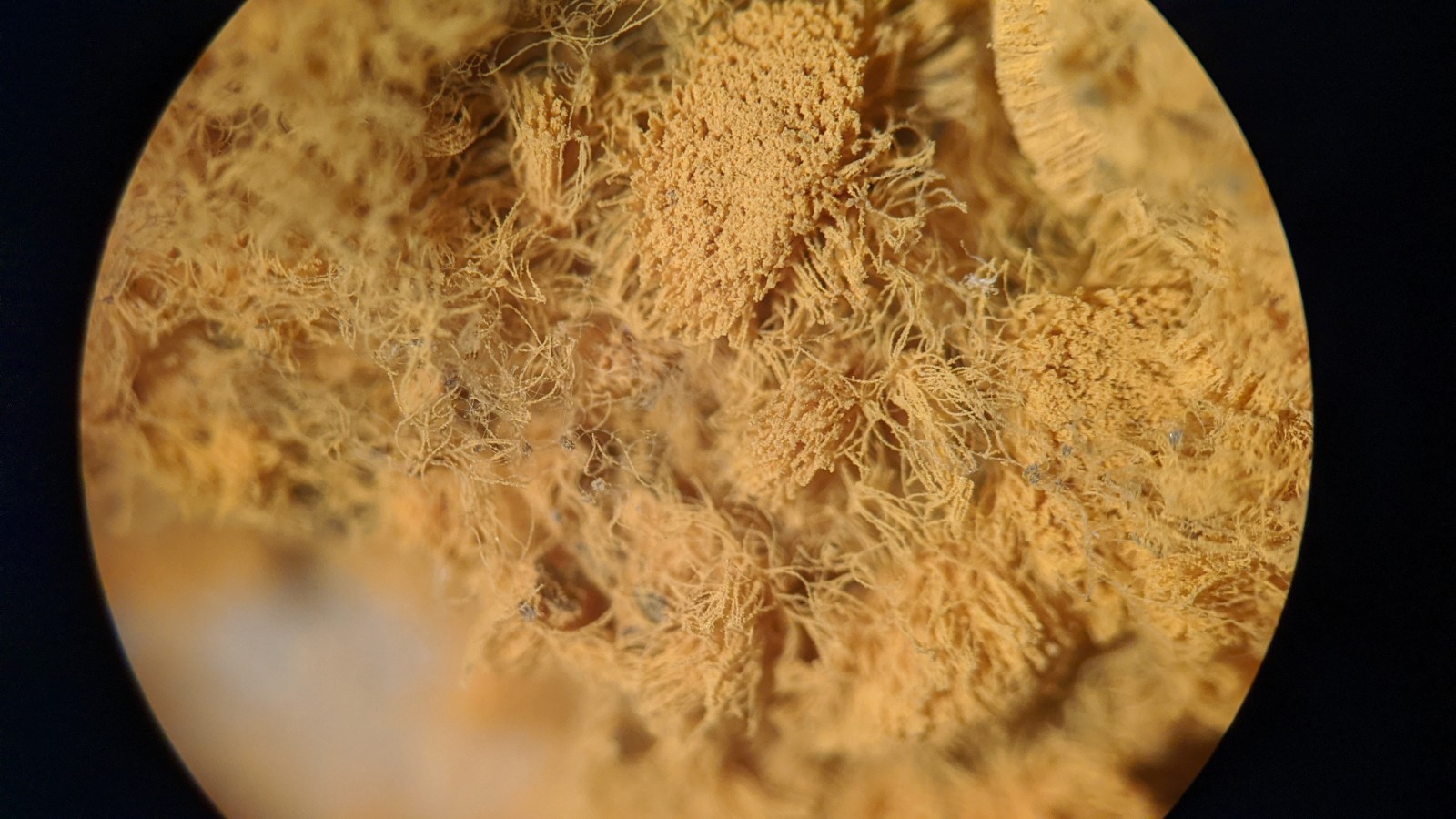 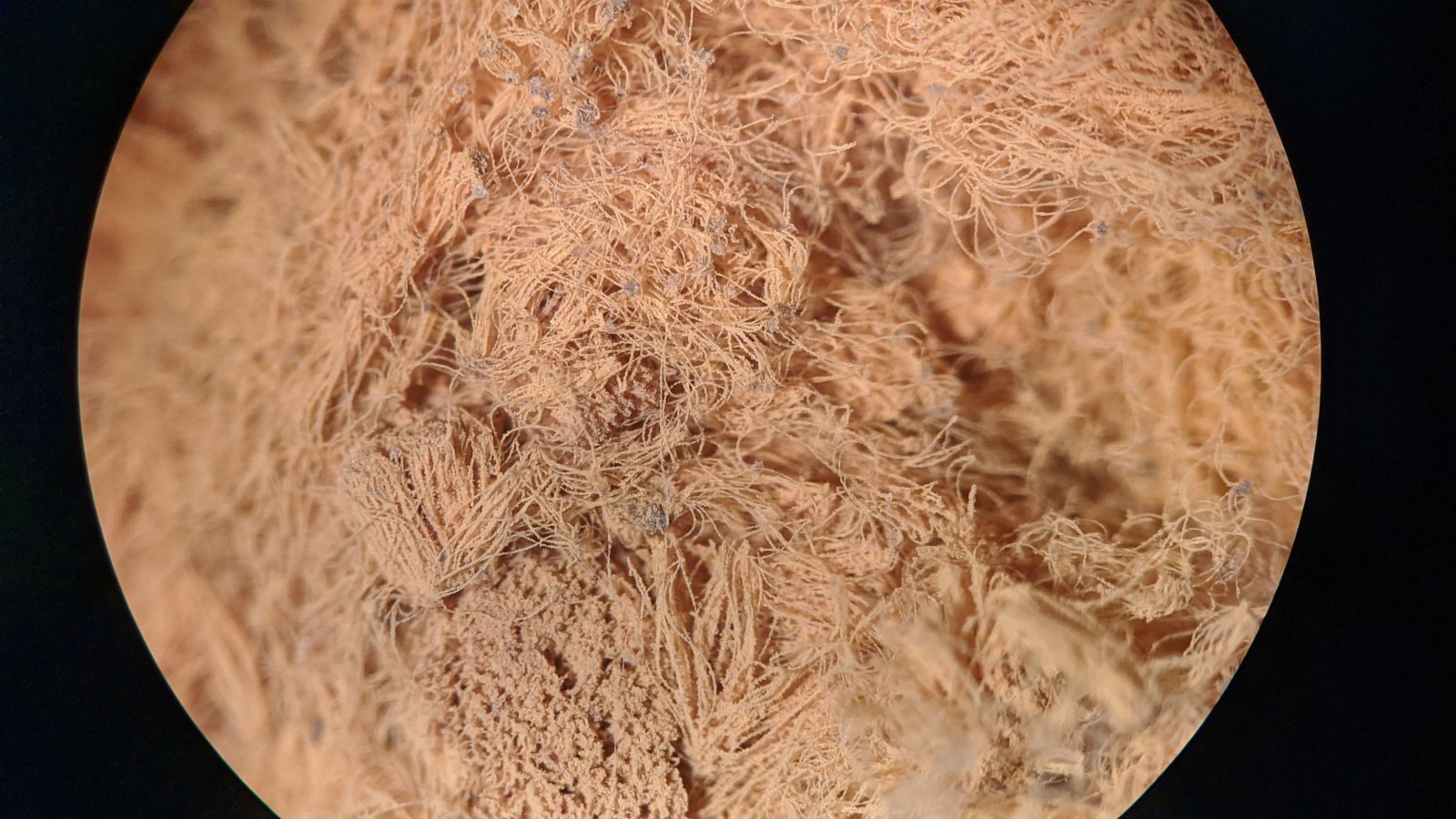 While nowhere near as abundant as in the spring or fall, I did find a number of slime molds in various stages of maturity. I’ve been visiting this location so long that I now know the logs that tend to reliably have slime molds. There was a cluster of newly formed slime molds, still white. Another cluster of slender white slime molds on dark stalks which I think may have been Stemonitopsis sp. Later I found a small group of bright pink Wolf’s Milk (Lycogala epidenrum) and a huge cluster of the dark brown, mature orbs of the same species. There were also a couple clusters of coral slime mold (Ceratiomyxa fruticulosa), one of the most commonly found slime molds I see throughout the year. And no summer slime mold hunt is complete without finding a dog’s vomit slime mold (Fuligo septica). But when you look closely at the texture of this slime mold, I think it looks more like shredded cheese and I think that’s a more flattering name than the very unfair ‘dog’s vomit’. Who do I petition to change it?

The most curious slime mold I found was near the end of the walk. At first I thought Arcyria sp. spores had been caught in a spider’s web. There was a thin web across a hole in a down log covered in bright yellow spores. Naturally, I neglected to take a photo of this. I thought I’d collect a little to look at under the microscope later, and I pulled and pulled at it and that’s when I realized it was not a spider web because it was extremely stretchy. It came out in a weird stretchy form and I put it in a container. There were a few more small sections on the surrounding log, which I also gathered.

When I got home I looked at them under the microscope and it looked like a mass of capillitium, which is the thread-like structure inside of the sporangium, where the spores are contained. But I saw no sporangium structure, like stalks or peridium, which is the outer skin layer. It was just a weird mass of capillitium and spores. It looked like an Arcyria sp. had exploded. The sections from the outer part of the log I collected looked similar, with no structures, just the exploded internal parts. It’s a mystery what exactly I found!

While walking through the forest, I noticed an insect fly out through the trees and land on the path. It was large and I first thought bumble bee, but the flight was very different from a bee. I went to where it landed and discovered a large, black beetle I had never seen before. It looked like it had a light colored head and orange markings on its shell, but when I got close and looked, I could see the head was actually covered in a dozen or more mites. I noticed it had landed at the carcass of a stepped upon snail and when I looked closer, I found a second of the same beetle there, also covered in mites. When I tried to take their photo, they burrowed down into the debris. Later on my walk, I encountered yet another of these mystery beetles.

The first thing I did upon returning home was look in my insect guides and easily found what these beetles were. All the clues were there. These were carrion beetles. This species is called a Sexton Beetle (Nicrophorus defodiens) and it feeds on carrion, as the name implies. But they also feed on fly larvae which can be found on carrion as well!

The mites on the beetles also feed on fly larvae and they hitch a ride on the beetles, from one dead animal to the next, as a way to find new meals. They don’t harm the beetle in any way, they just use them as a sort of flying taxi. A pretty clever strategy! 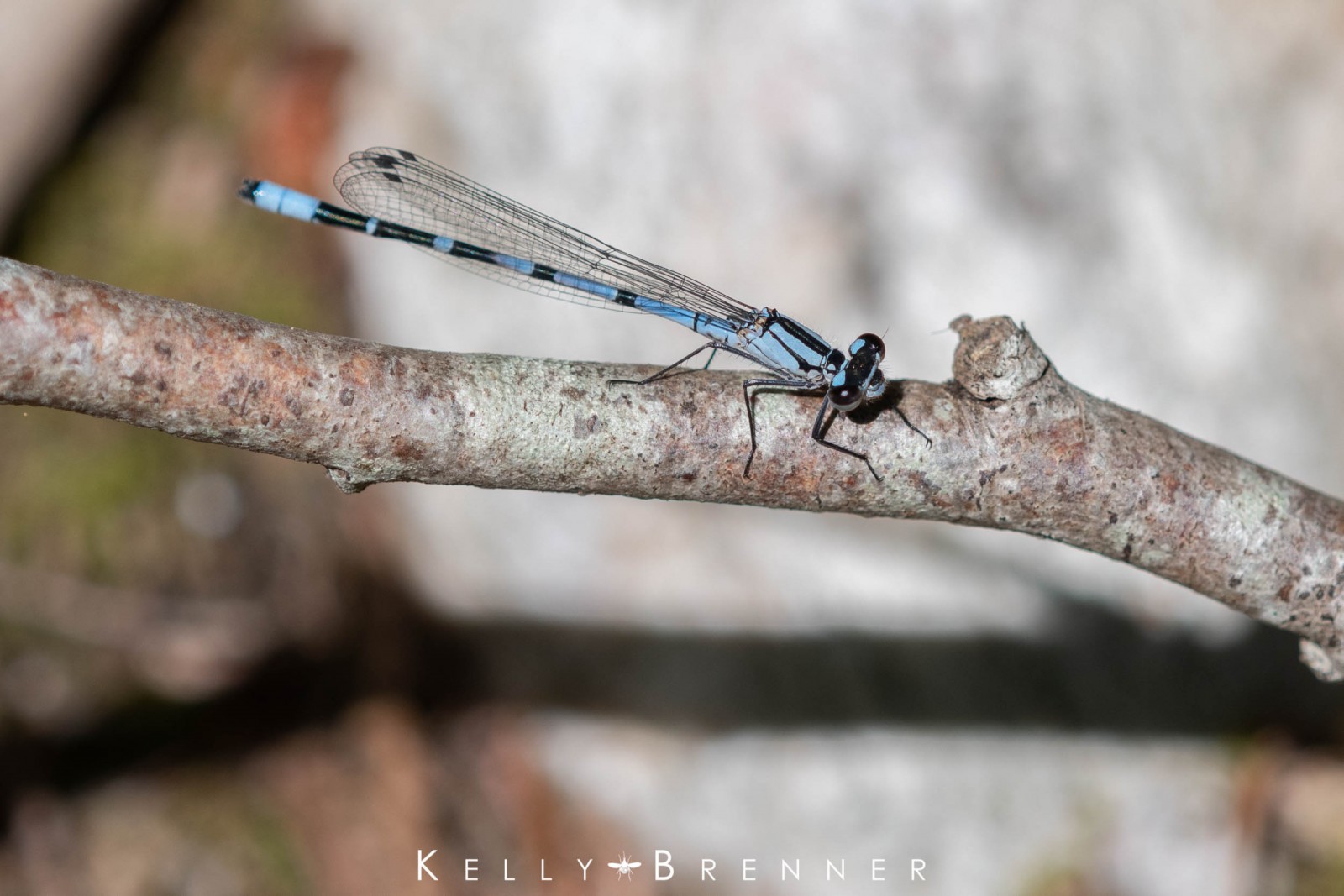 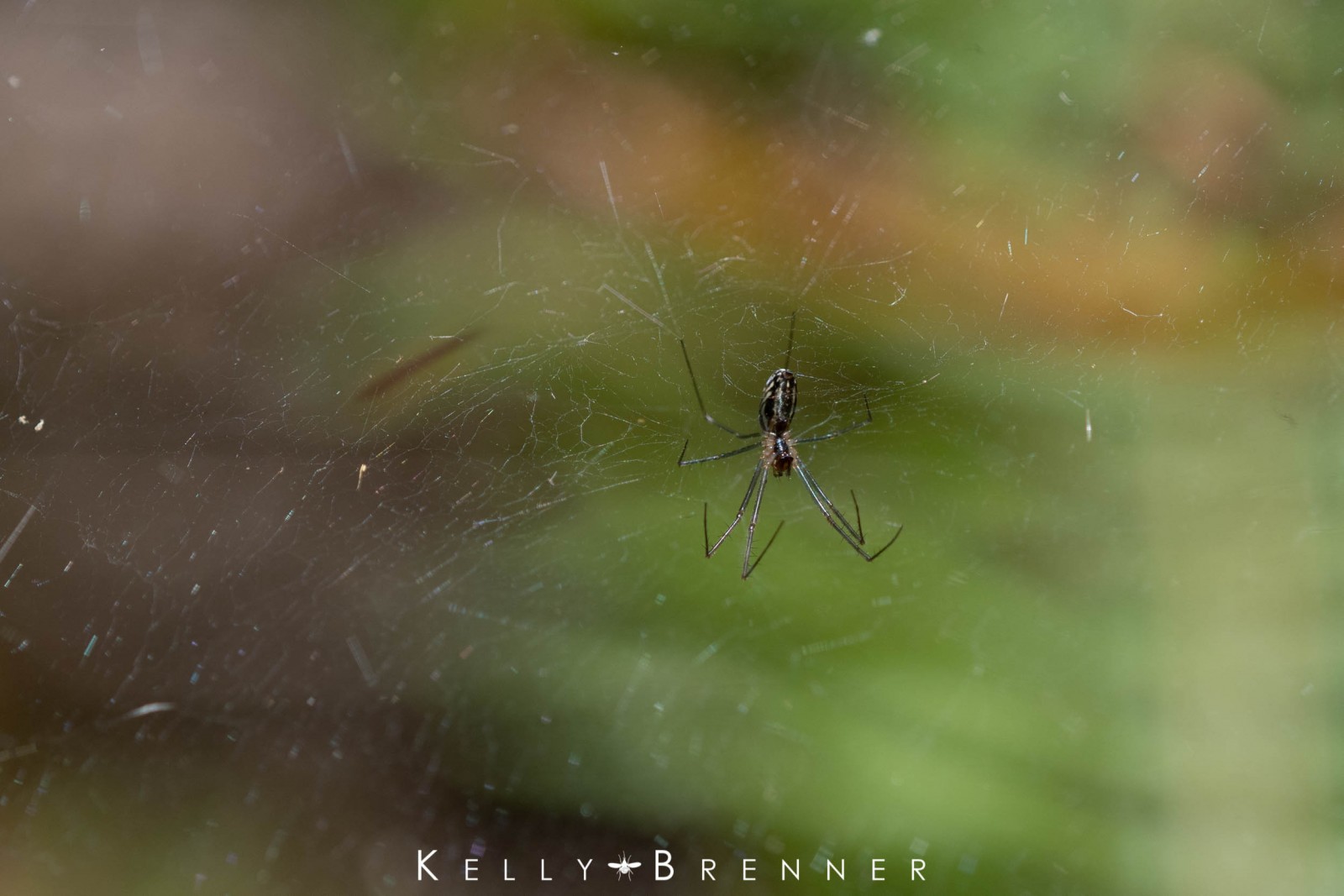 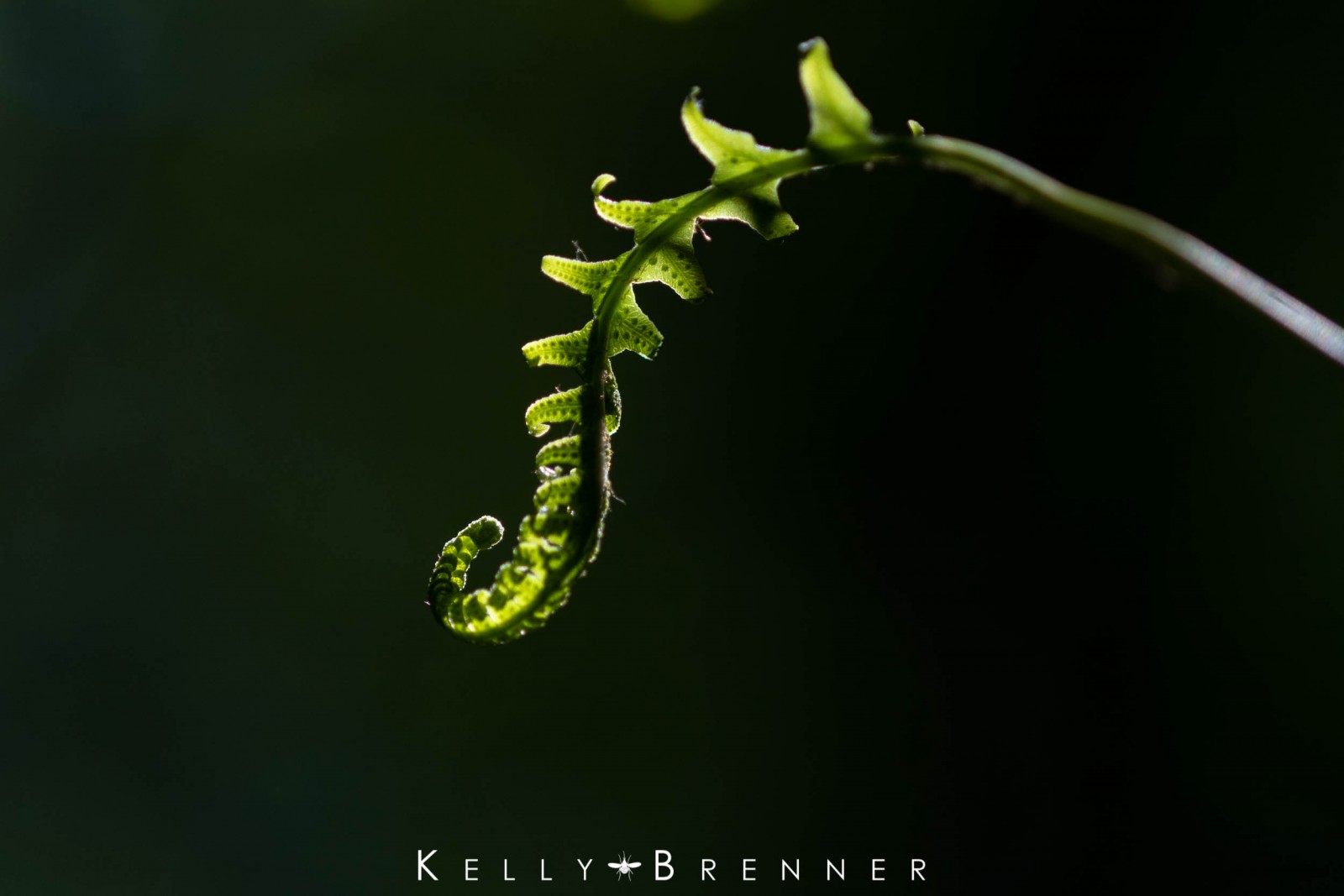 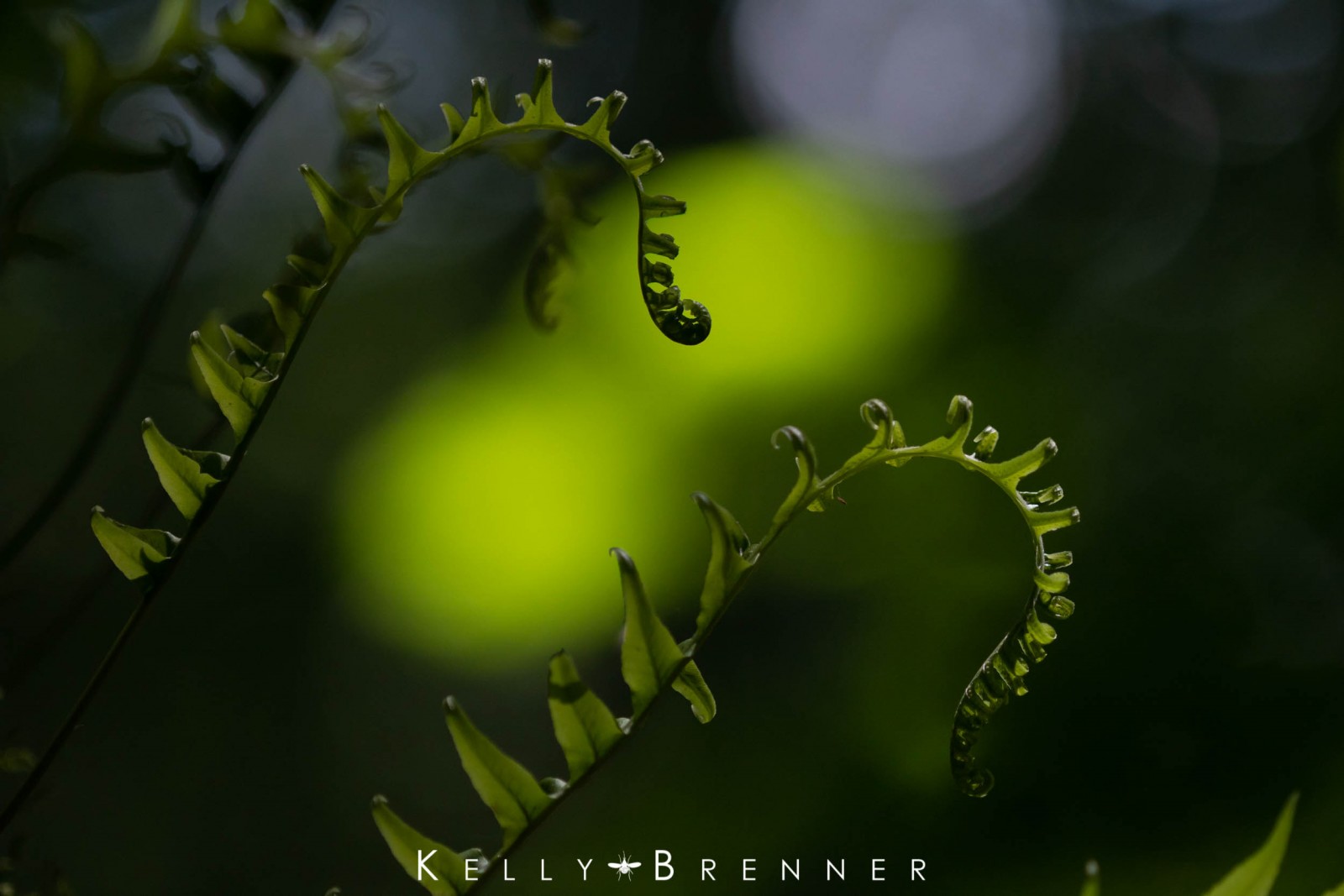 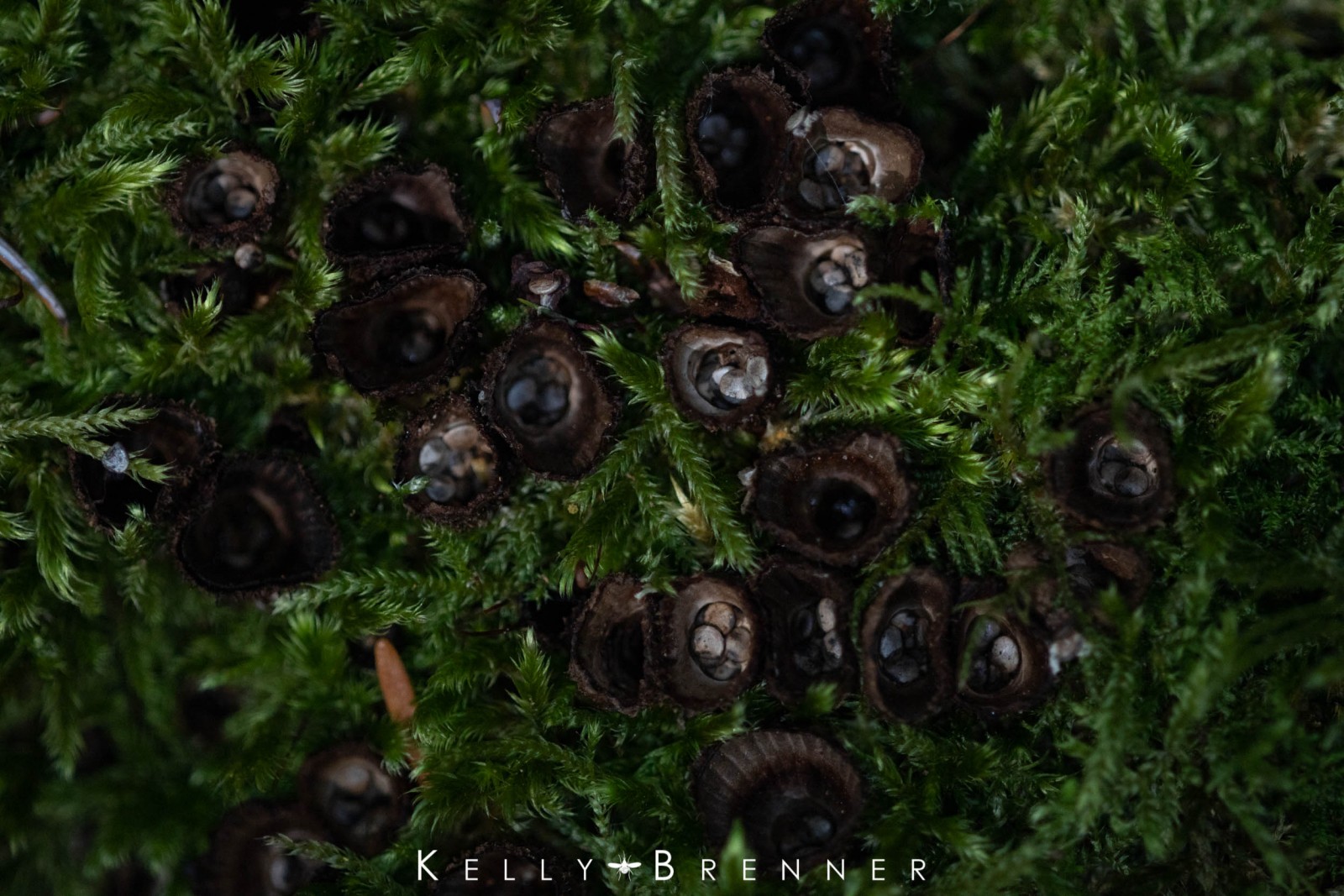 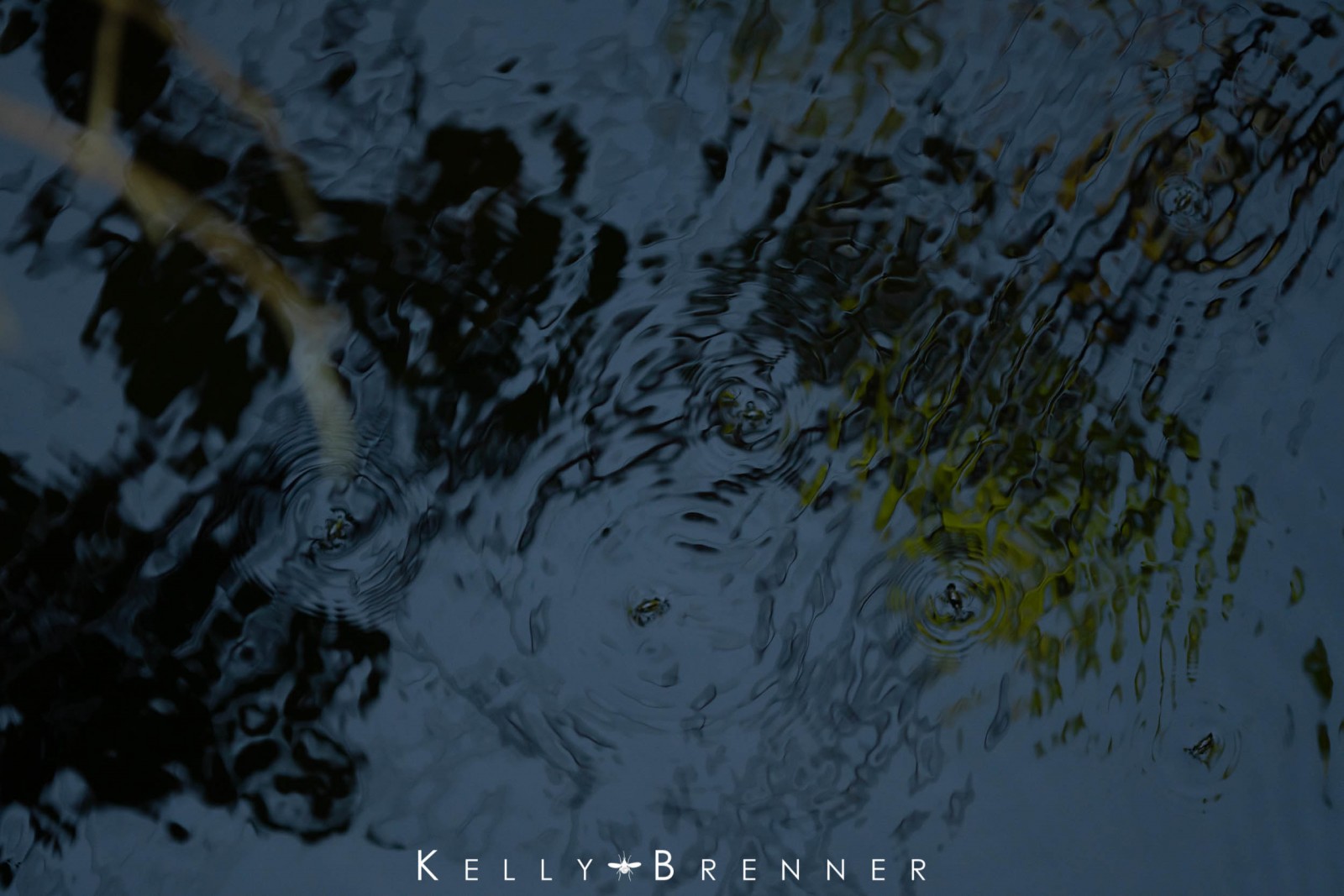 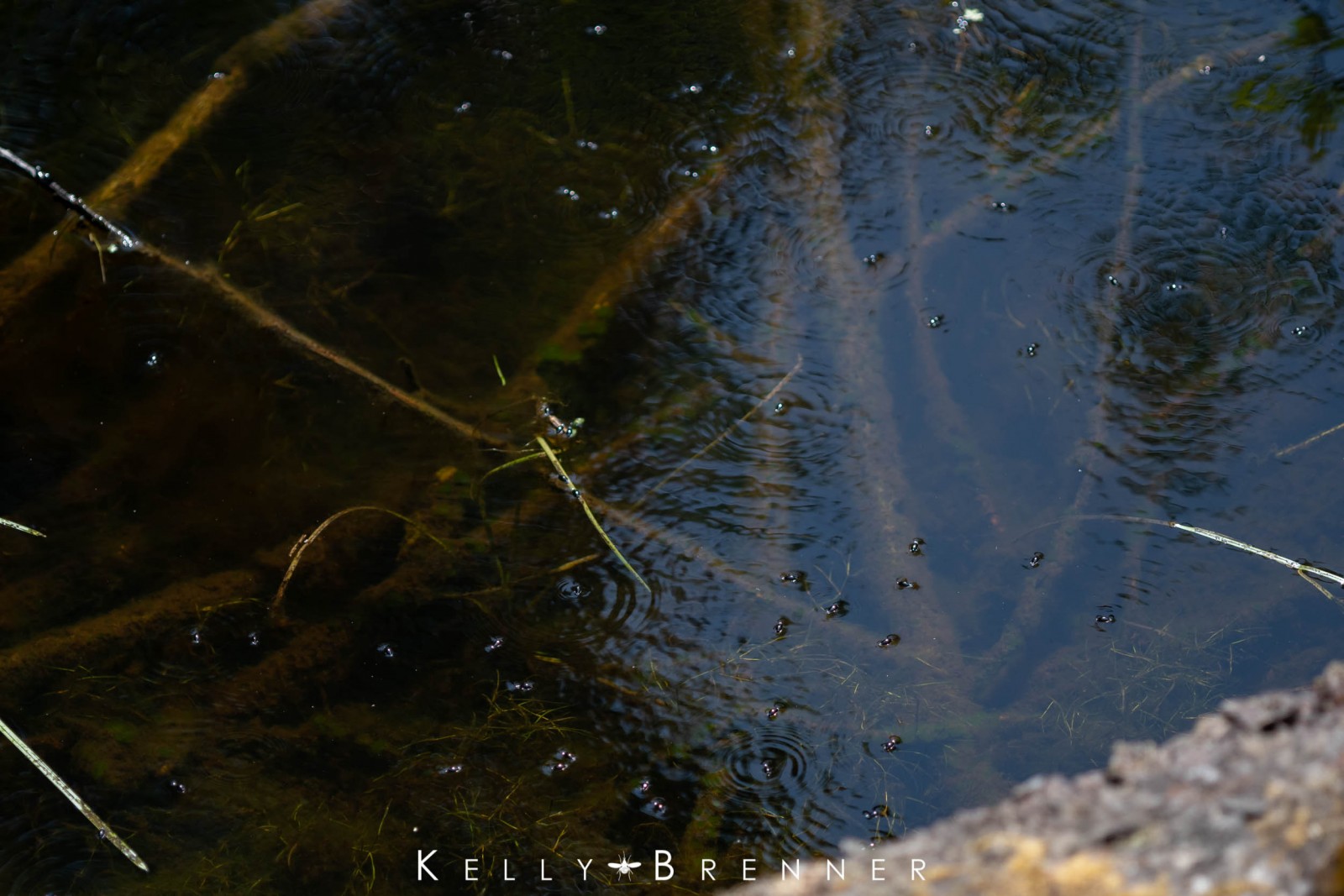 A few other observations

There were a few other things during the walk that made me stop in my tracks. One was the abundance of electric blue damselflies in every tiny forest clearing where the sun shone down.

Another were the Neriene sp. spiders who sat in the middle of their intricate dome webs.

Bird’s nest fungi, nestled into a moss covered log was another highlight. These cup shaped fungi have small spore structures inside that look like eggs.

I always enjoy seeing licorice ferns sprouting from the branches of trees, but often in the summer they are a dried crispy brown. This day though, they were a lush green and created wonderful shapes in the dappled light.

Finally, near one end of the wetland, I saw an abundance of whirligig beetles in the water. I’d never seen so many before, usually just one or two at a time, but there were dozens upon dozens spinning mesmerizing circles in the still water.

Even though this is a place I visit a lot, it never stops being somewhere I always see something new.