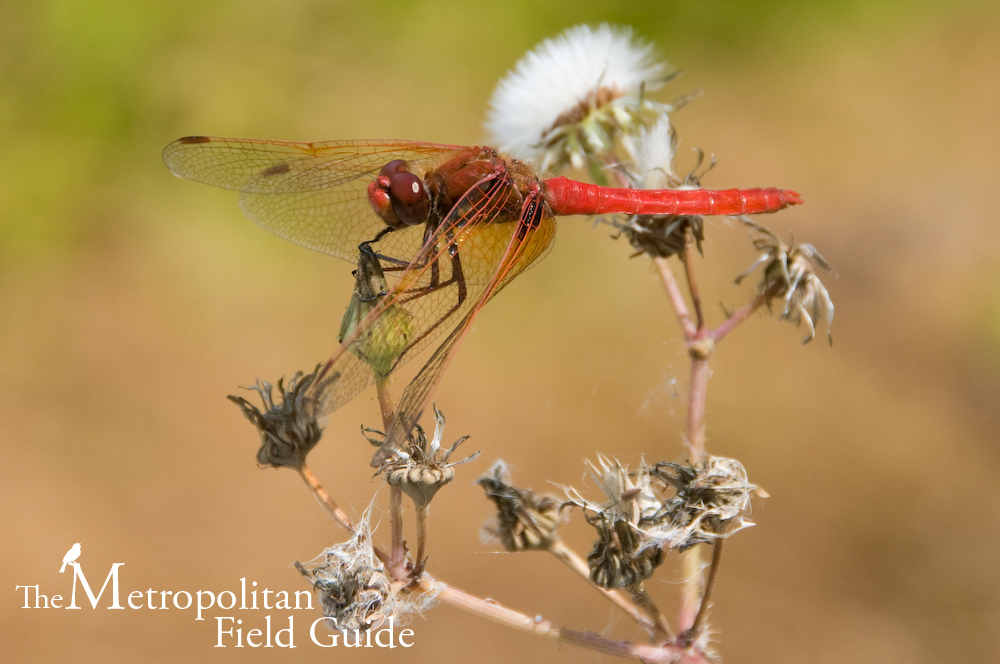 How to Find Nature in the City

Perhaps you live in the city, or you’re visiting for a conference, family or vacation. We’re all nature fiends here and we need our nature fix. Even those who are not self declared nature fiends need their nature fix, they just aren’t aware of it. Worry not, it’s not as hard as you might think to find nature in the city.

How to find it

First of all, you have to change the way you think. Sure, bears and deer and mountain birds are great, but you’re not likely to find them in the city center. Although, sometimes you can be in for a treat when a Snowy Owl takes out a gull in the middle of a busy neighborhood, or if you’re lucky enough to live in a city like Seattle where Orca whales are regularly spotted. For the most part however, you’ll have to assume you won’t see these kinds of wildlife. Instead there are two ways to alter your typical thinking.

The first step is to think very small. Think like an ant! Insects are most often overlooked, but they can be abundant in the city. Crawling around on your hands and knees along 5th avenue might get you some strange looks, but you won’t be the only one to have done it. Butterflies, beautiful bees and flies, beetles, dragonflies and so much more can be found in even the most urban of places. You will be surprised at what you find. So bring your hand lens, field guide to insects and macro lens and watch where you step.

The second step is to open your mind to the common species. Crows are everywhere it’s true, but you may gain some incredible insight and learn a lot if you stop and watch and study them. If you have a doubt about the incredible draw of common species, read the fantastic (and one of my very favorites) book Crow Planet. There is so much to learn about species that we pass over without a second glance when we’re out in ‘nature’ looking for more interesting species. Even now, scientists are learning new things about common species. Who knows, perhaps you’ll observe something nobody has ever noticed before. 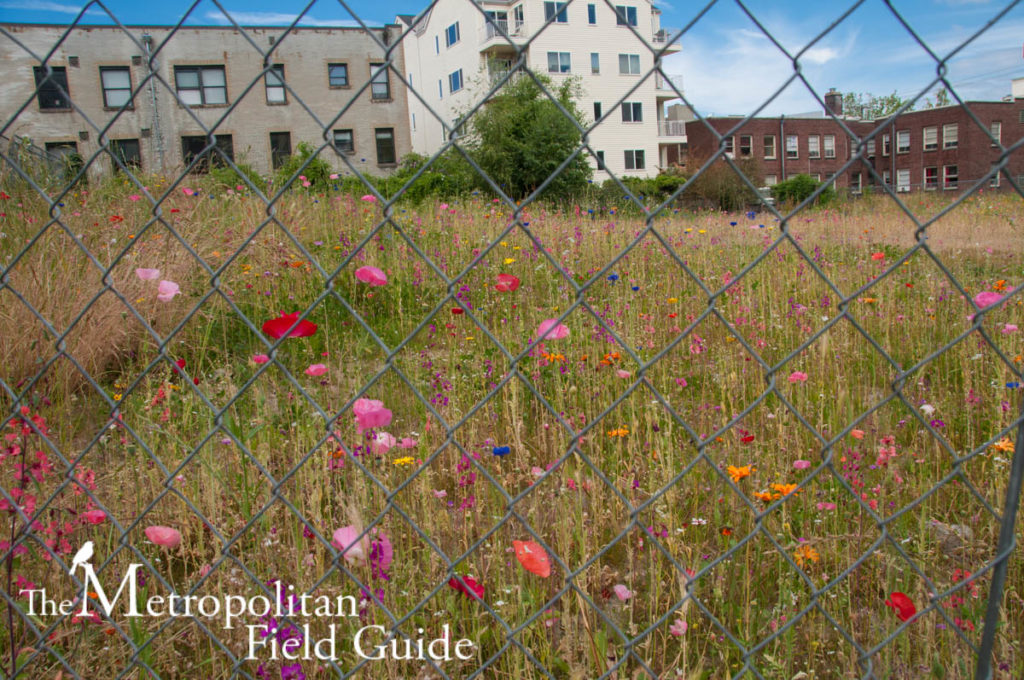 Where to find it

When you think about finding nature in the city, the first thing that jumps into your mind is most likely parks. While that is the most obvious answer, there are many other places to find nature in the city. Here is an example of a few.

Small Parks: While the bigger parks get all the news and attention, even the tiny neighborhood parks can hold a great deal of excitement. For example in my neighborhood, is a small wetland park which I’d never even heard of until I moved here. The bigger parks in the city are well known to have owls, but I found one in my park which I saw on a daily basis for over a month. Just because they don’t get the press doesn’t mean they can’t harbor interesting wildlife.

Traffic Circles: Visit these locations with caution as you don’t want to get run over while looking for nature. Many cities have volunteer homeowners maintain their local traffic circles. Some of them can be spectacular and I’ve found some here in Seattle which are simply buzzing with bees, flies and butterflies. In Vancouver, B.C. there is a program run by the city which allows people to adopt a traffic circle or street curb. 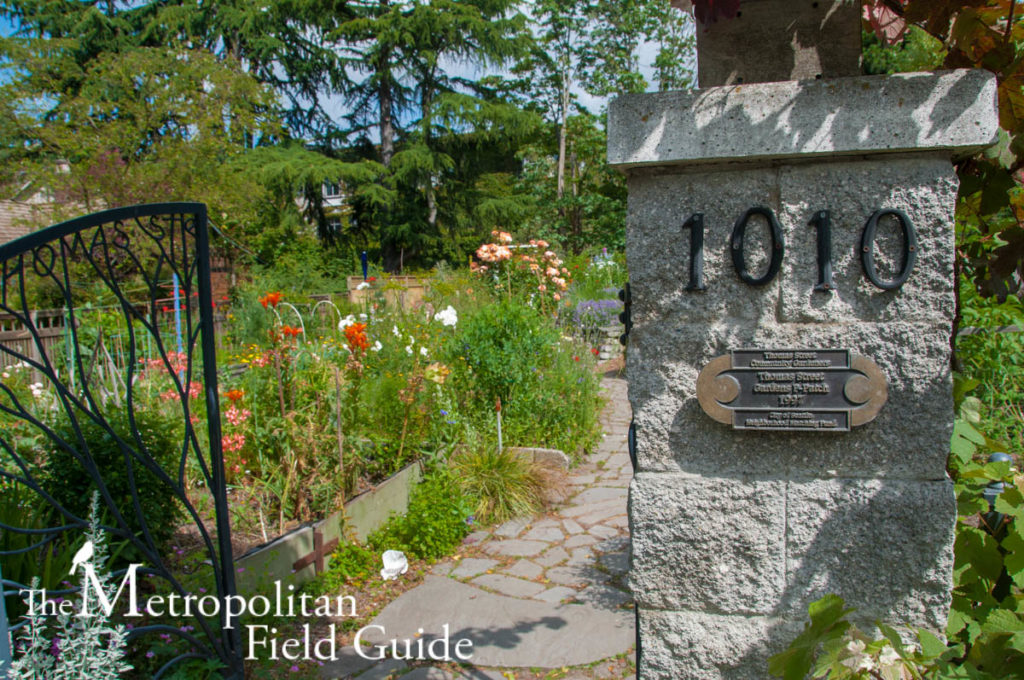 Community Gardens: If you’re lucky to be in a city with community gardens (Seattle has over 44 acres) you’re bound to find some good wildlife. Among the gardens I’ve visited, one is known as a butterfly hotspot, another keeps tracks of all their bird species. With the flowers growing and such a diversity of plants, you’ll find a wide variety of insects and birds.

Vacant Lots: Whether it’s a lot with weeds so tall you can’t see the other side, or an old parking lot with plants starting to poke through the cracks in the pavement, these are a refuge for all manner of wildlife and plants.

Green Roofs: Many cities such as Portland, Chicago and Seattle have added a tremendous amount of green roofs in recent years. While many are private, there are many more which have observation decks or are accessible to the public. Many of these roofs are finding a surprising amount of wildlife on them. Green walls are starting to catch up in popularity and can also be places for birds to nest and other wildlife to shelter.

Bridges: This may seems like a strange one for the list, but bridges are well known to many as excellent places to find wildlife. Many Peregrine falcons can be found nesting on bridges and bats roosting in Austin create a huge tourist draw as they leave each night to go out in search of insects.

Cemeteries: One area of green space which is never paved over are cemeteries and many older ones have beautiful, mature trees which provide habitat for many species. They are also a quiet, peaceful place in a city where you can get away from people and noise.

Golf Courses: Fancy hitting the links while you get your nature fix? Many golf courses attract an abundance of wildlife. When you slice your ball off into the pond, you can check out the frogs and dragonflies while you make your drop. Just be sure not to get too absorbed in the wildlife you forget to watch out for other bad golfer’s balls flying at your head. I never said watching city wildlife was safe!

There are many more places to find nature in the city and more and more urban designers are starting to include habitat in their plans. If you’d like to find out more about incorporating habitat into urban landscapes, visit my blog, The Metropolitan Field Guide. 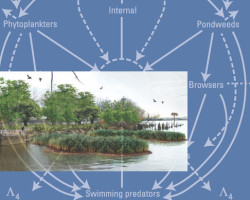 What if, instead of depicting nature, we allowed nature in? What if, instead of building and maintaining artistic creations, we worked to develop and manage living systems? Principles of Ecological Landscape Design is a book that will soon be gracing the

This new video from the ASLA (American Society of Landscape Architecture) is "an animation that explains how to transform your property into a real wildlife habitat. Learn how native plants and designed structures provide what nature needs." It's great to see