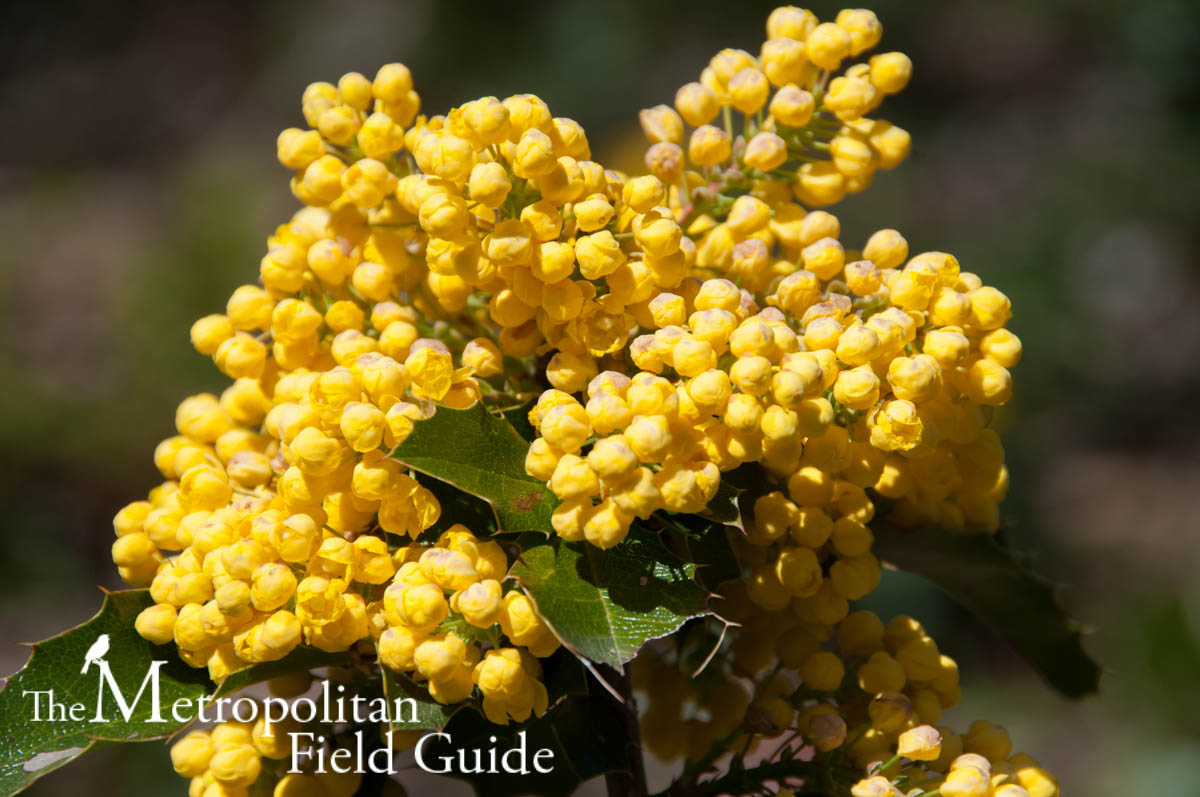 This was originally posted on Native Plants & Wildlife Gardens.

Here in Seattle we had a very long and very dry summer. It seemed that fall would never arrive as we enjoyed 70 degree days into October. However, the seasons will not be stopped and fall came upon us nearly overnight as the sunny, warm days gave way to cool, clouds and rain. As we Seattleites were still merrily sitting on our balconies into October and planning our gardens, fall snuck up on us. Many of us may have forgotten about the wet, cold weather and were a bit startled when the leaves started to turn colors and fall off trees and our perennials started to die back. To those who knew it was coming in the back of your head but denied it in the front of your head, here are three plants to enjoy this winter (both yourself and wildlife) and get an early start to spring.

This plant’s true allure comes in the early spring before many other plants have shown signs of life. White clusters of flowers with small green leaf sprouts tell us that spring is on the way as early as February. This shrub has an open growth pattern with arching branches up to about 15 feet tall. The leaves produce a scent like cucumber when crushed. It’s one of those magical native plants that does well with abuse, it can be planted in wet soil, making it a good choice for rain gardens, it’s tolerant of the shade, it grows fast and it can be planted as a thicket. The early white flower clusters produce nectar used by Anna’s hummingbirds as well as bumblebees. The fruit, a purple plum-like berry is produced in June through August and many birds such as waxwings and robins eat it as well as a variety of mammals such as foxes, coyotes and deer. There are female and male plants so both must be planted near each other to produce fruit.

As the name implies, this evergreen shrub, which grows up to 8 feet tall, is a good choice for winter form and green in the garden. The plant grows well as a hedge or screen. The small, leathery leaves are a shiny green but new growth is a bronze color. It grows fairly slow and does well in the shade, where it grows tall or in the sun, where it grows more compact. It can grow in either dry or wet soils and even tolerates salt spray from the ocean. The small, bell shaped flowers are pink and white and show up in April. It’s the fruit however which makes this plant such a popular choice for people and wildlife alike. The dark purple berries are edible for all and native peoples were known to travel great distances for them. They ate them right off the plant or dried them for later use. As the berries begin to ripen in the fall they are foraged for by a wide variety of birds including flickers, chickadees, bluebirds and orioles as well as mammals such as foxes and raccoons. They remain on the bushes until December and some say they taste better after the first frost.

An iconic Pacific Northwest plant, and the state flower of Oregon, Oregon-grape combines features of the previous two plants. The evergreen toothy leaves are shiny and look good all year round. The shrub grows in a tall, erect form and also makes a good screen planting, which helps provide shelter for wildlife. The bright yellow clusters of flowers bloom as early as December followed by purple, powdery berry in the summer. Butterflies and moths as well as bees and hummingbirds all take advantage of the flowers and the berries are devoured by many birds including juncos, waxwings, towhees as well as mammals. 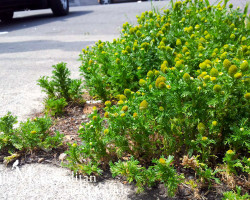 The Virtuous Weed is a new feature on The Metropolitan Field Guide inspired by The Weeds in My Street on the Cryptoforestry blog. The definition of weed is a highly complicated and controversial affair as Richard Mabey discusses in his fascinating 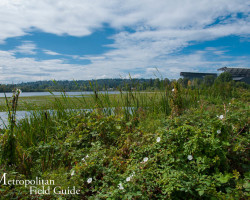 I'm excited to bring you a preview of a book from an author intimately acquainted with urban wildlife habitat in Seattle. You may remember the Montlake Fill from the post Marsh Madness (Brackishology):: Marsh & Foster Islands and 'the Fill'. The Montlake