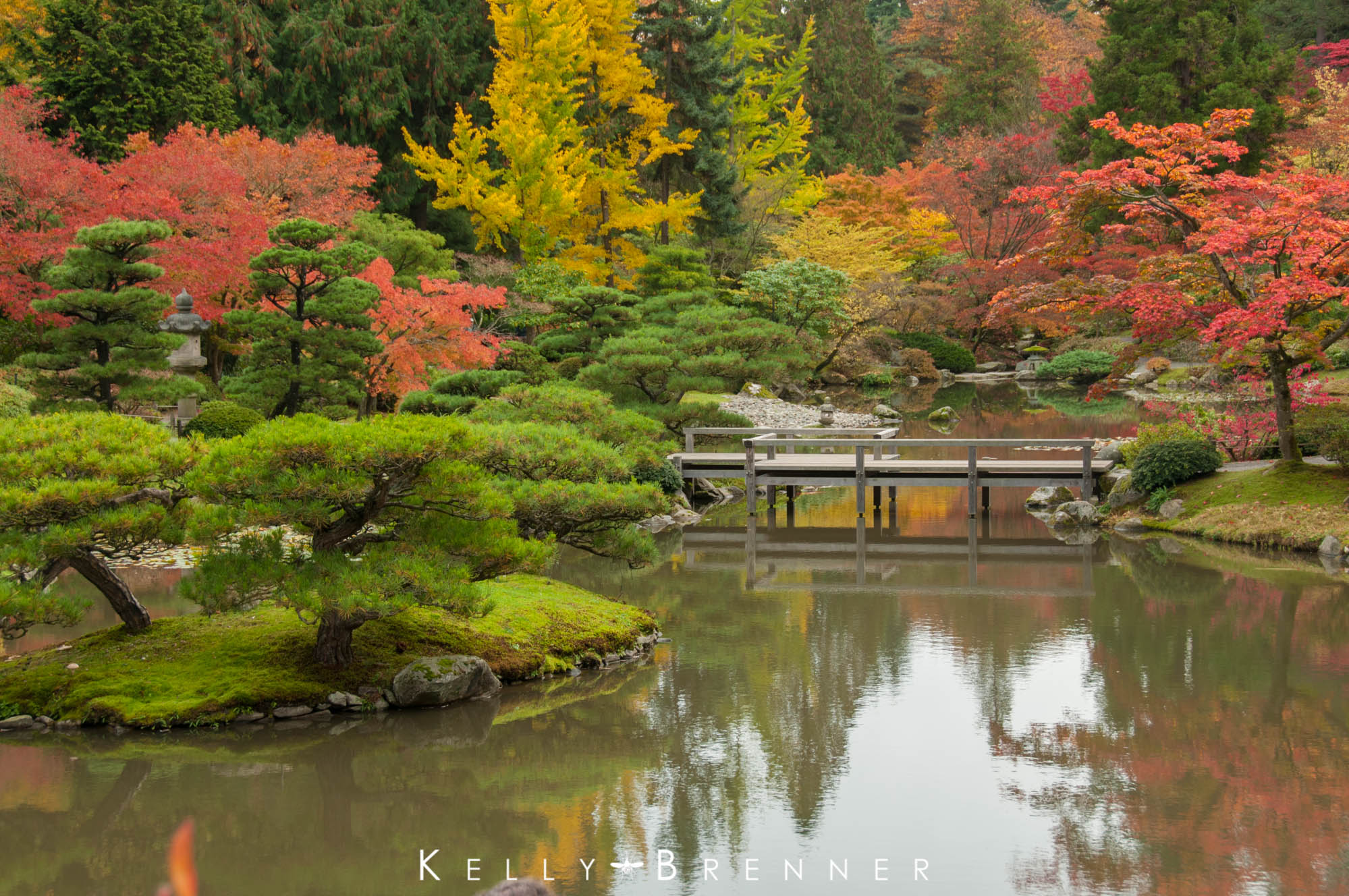 This is a paper I wrote while at university for a Buddhist Art class. I thought I’d share it here because I wrote about Japanese moss gardens in my book Nature Obscura.

According to Bring & Wayembergh (1981) the history of Japanese gardens can be broken down into three phases. The first phase being a “modified form of the paradise style garden which had developed earlier.” The next phase was then “miniature landscapes that were built in the fifteenth and sixteenth centuries around Zen temples.” The last phase “included the garden settings meant to recreate the wilderness around a hermit’s retreat.”

Summarized, these three phases were the paradise gardens, the Zen stone landscapes and the tea gardens. The paradise gardens originally were created for the aristocracy as pleasure gardens. As Amidism grew the gardens were created to represent descriptions of the Pure Land. Gardens soon started to be influenced by the growing Zen ideals including at a number of temples. These gardens represented Zen teachings and were used as an aid for teaching as well as meditation.

Many of the Zen gardens were heavily influenced by Chinese landscape paintings and used the karesansui (dry gardening) technique. The tea gardens were closely related to the Zen gardens and started to develop in the sixteenth century however much larger and grander. Gardening at that point turned from only the aristocracy and Zen monks to include the middle class.

Zen gardens were created as a component of teaching the Buddhist religion. They reflected the spiritual philosophy of Zen Buddhism as well as a meditation and teaching aid, but they were also works of art.

As Berthier (2000) states, “Thanks to the eternal cycle of the seasons, these gardens would exemplify the Buddhist teaching of the incessant cycle of death and rebirth, while also displaying the ephemeral character of this world in which everything continually changes.”

Cleaning and maintaining the gardens were linked to the daily tasks of the temple life, much in the same way that great effort went into keeping their body and temple clean.

Gardens were often created with a variety of objects. Japanese gardens previously had incorporated all the natural elements such as vegetation, rocks and water. The Esoteric School of Shingon Buddhism was the pioneer in mixing the Buddhist teachings with the landscape. The Shingon religion based a lot of their various art designs on the structure of the mandala and that was not lost on their gardens. They often incorporated the mandala in the garden’s objects so that a grouping of three of rocks might symbolize a Buddhist triad.

In addition to the Shingon garden philosophy, the Shinto treasured objects such as rocks, trees or even waterfalls because they believed they were the homes of various kami. Many people would pile rocks together to attract kami, a practice that became a prototype for future garden design. Worship of the kami was a great cult. Spirits were summoned to the earth with special rituals. The compound was created for the ritual that was usually a small clearing purified with water, covered with pebbles and enclosed by a holy fence. The spirits weren’t always summoned, they were also thought to take up residence in various natural objects on their own. Many trees and rocks of unusual quality were roped off to signify the spirit within. Worship of small objects was only a part of their cult, they also worshipped entire mountains or rivers, one of the most well known is Mt. Fuji. Stones that were thought to house kami were thought to have personalities and gardeners today will still talk to the stones to calm the spirit into participating in the garden.

A second garden design was based on the teachings of Amida Buddha. The Pure Land was often represented in paintings and this was the influence for many Heian period gardens. The gardens were built to represent the Pure Land in an earthly form. A common component of these gardens was a pond planted with lotus flowers. In the pond was often an island with multiple bridges across the pond representing the potential to attain the Pure Land.

The design of Zen gardens is different from the natural order of things. They were designed to be seen from a specific point in the garden. The view explored the garden in their mind instead of physically. Very little vegetation was used and in place were rocks, moss and gravel. The scale was meant to deceive the viewer, a group of rocks on the far side might suggest the distant view of islands in the ocean. Nearly all Japanese gardens are designed asymmetrically with rocks and plants placed in triangular patterns instead.

Great, open areas, either in a pond or rock area were voids (ma). Most gardens have these voids in the center and the visitor occupies the edge of the garden. The principle of these voids was yohaku-no-bi which literally meant the “beauty of extra white.” This came from the medieval paintings which had large areas of unpainted paper or “mists”. The focus of those gardens was on what was left out as opposed to what was there. This was also connected to the Zen teaching of emptiness, kū or nothingness, mu.

The Garden of Ryōanji Temple

Ryōanji is located in Kyoto and is the most famous and profound example of a Buddhist garden. The creators of Ryōanji are completely anonymous and it was created sometime in the late fifteenth or early sixteenth century. The site itself was created in 983 and was destroyed multiple times. Some say the artist who was thought to have created the Daisen-in garden is the same who created Ryōanji. Two names are etched on one of the stones but they are believed to belong to the laborers.

Ryōanji is a dry garden or karesansui. The rock and quartz garden contains fifteen rocks set in groups of two, three or five. The garden is in a long rectangular shape framed on three sides by a wall with a tiled roof and the fourth side by a wooden veranda. Behind the walls rise Cryptomeria and pine trees that now obscure the distant view. The quartz that the rocks set on is white which reflects the sunlight. According to Jellicoe and Jellicoe (1995) the quartz sand garden reflected the universe and the mind and was the medium that linked the two. The quartz is the void with the rocks representing worldly events.

There a many interpretations of the placement of the rocks on the quartz. Mason states two with the first being an imagery of a seascape. The second is of a tigress leading her young as they cross a river. Berthier (2000) tells also of the rocks representing mountain islands which are inhabited by immortal hermits, or they might represent the Five Sacred Mountains. However, these analogies may miss the point altogether of the garden being a work of art.

The Garden of Daisen-in Temple

Dainsen-in (Great Hermits Temple) was built sometime in the early fifteenth century and is also located in Kyoto. The temple was originally used to house a retired abbot. The first building was built in 1510 and the garden shortly after. The creator is not know for sure, but is generally thought to be an artist named Soami. The garden has remained undisturbed since its original construction.

There are two gardens located in the Dainsen-in Temple. The first, main garden is a karesansui garden like Ryōanji. The second garden is called the southern sand sea. In the main garden, although there is no actual water, the viewer can see in their mind the flow of water winding around the landscape. The main focus of the main garden is a grouping of large stones with sand that represent the waterfall. From the waterfall, one branch of a stream runs along the building and stones that resemble cliffs. Another branch runs along the eastern edge through a mountain valley. At the end of the branch is the sea represented by a bed of white sand with two islands, a turtle and a crane. There is a much larger number of rocks on Daisen-in than in Ryōanji, upwards of a hundred.

The south garden is in contrast with the main garden being left bare except for two sand cones on the left side. The cones’ origins were from the Shinto and signified reservoirs to be used in order to purify a space.

Unlike Ryōanji, Dainsen-in is not such a mystery of meaning. It’s a representation of a larger naturalistic scene. However, some monks attributed cosmologic implications to the garden after it was created. According to their writings their view of the garden was as a mandala. Dainsen-in is a living model intended to copy Chinese landscape paintings. Even in their naturalistic purpose, the gardens objects still hold meaning. The crane and turtle islands represent longevity, while the river is compared to the river of life. The mountains are in the northeast which is a reference to the central mountain Shumisen. 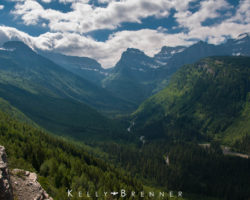 This is a paper I wrote at university for a planning class in my landscape architecture program that discusses the use of Feng Shui as a planning method. What is Feng Shui Around 7000 years ago the people of China developed 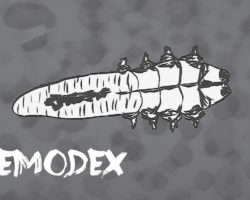 How to Find Face Mites

I know what you're thinking, 'why would I want to find face mites?' but the real question is, 'why wouldn't you'? These microscopic arachnids in the Demodex genus live in your pores eating facial oils called sebum, completely undetected