Today’s Friday Film is by John Dunstan whose excellent short films were featured in previous posts, Short Film:: Wild Jersey City and ‘The Secret Life of….my small urban backyard’ in a past Foragings.

He’s back with a new short film, one  in a series building from the bottom up on the food chain. This one is titled ‘Virgin Mothers‘ and features the role of aphids in our complex food web. The film explores parthenogenesis, the ability of aphids to reproduce without breeding. It also demonstrates the various roles of aphids at the bottom of the food chain including being farmed, used as hosts and of course as a buffet source for a variety of other insects. The film includes an interesting look at honeydew, the waste of the aphids and its impact on other wildlife. The footage is beautiful and offers a fascinating, close-up look at the life of aphids. 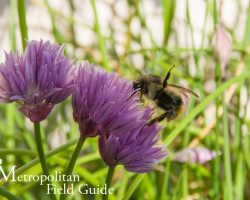 The Thrill of Seeds

This was originally published on Native Plants & Wildlife Gardens. I confess, I’ve never been very good with plants. This despite having a fair grasp on their workings; having taken horticulture and plant classes while getting my Landscape Architecture degree. I figure 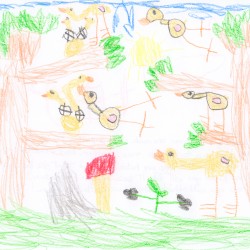 This was originally published on Native Plants & Wildlife Gardens. For the last post in my series of plants in the arts, we’re going to look at the importance of plants in children’s art. The rest of the series included various arts