Friday Film:: The Importance of Parks to People and Wildlife

Today’s Friday Film is a video from the Brussels Natural History Museum for their exhibition on urban wildlife and features Dr Peter Shepherd from BSG Ecology discussing why parks are important to people and wildlife. He talks about the importance of beautiful plants, the song of birds and other wildlife to people and without mentioning it by name, describes biophilia. The video talks about how our connection to nature in the past was more fundamental because we relied on it for our food, clothing, shelter and fuel, but today while it’s less essential to our survival, parks provide somewhere to connect, relax, exercise and a sense of community.

Who would have thought that a slowworm could be hiding in a corner of your garden? Have you ever tried to follow a blue-winged grasshopper along the railway verge? Or have you experienced a day in the life of a hedgehog yet? Even though the city may sometimes appear gloomy and grey, it is full of surprises! Specimens, photos, films and interactives help to explain what the biodiversity in the city entails. Moreover, you can play an active role with the aid of computer simulations and take several measures in order to protect the biodiversity in the city.

Hopefully a focus on urban biodiversity will be seen more and more in natural history museums throughout the world because it is such an important area to recognize and something that most museum visitors can directly relate to. The only time I’ve seen urban habitat addressed in any detail was at the Museum für Naturkunde in Berlin where they had bird exhibits by habitat and city dwellers was one of them. They now have an interesting new exhibit called Biopolis Wild Berlin.

The importance of parks to people and wildlife on YouTube. 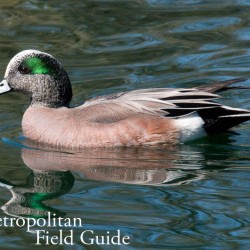 Common Name: American Wigeon Scientific Name: Anas americana Family: Anatidae The American Wigeon is a dabbling duck, which are ducks that tip their front ends into the water to forage while their back ends stick up in the air. They maintain a large geographic range, 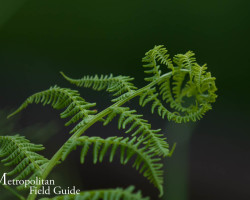 This was originally was published on Native Plants & Wildlife Gardens. Landscaping for Wildlife in the Pacific Northwest It seems that any time I talk with somebody about landscaping for wildlife or make a book recommendation, this is the first one I