One of the most memorable places I visited the last time I was in Helsinki was the Viikki Nature Reserve and I wanted to return again this trip. Although we spent time exploring the Kivinokka area this summer, it isn’t technically part of the nature reserve. There are many different habitats in the nature reserve and last trip I walked through the north part of Viikki which is fields and some woods. I thought I remembered walking on a boardwalk through reed wetlands, but couldn’t remember where that was. I made my best guess and we decided to walk from Klädesfabriksparken towards Kuusiluoto which was shown on the map as a boardwalk.

Before entering the reserve, we walked through a park where we saw a group of barnacle geese with goslings and then crossed over a bridge. From the bridge I noticed a small group of hooded crows foraging on the bank and as I watched I realized they were juveniles by their pink mouths. Even without that clue, their behavior pointed to juveniles as they explored every clump of moss, pebble and crevice along the rocks. We crossed the bridge and followed a path which led us behind the crows and I watched them a little longer before we continued on our way.

The first part of the boardwalk trail led through an iconic Finnish landscape, a birch woodland. If you visit any shop in Finland, you’ll find birch trees on everything from dishware to wallpaper, and for good reason. The white bark of the birch trees, set in front of the green leaves is quite beautiful. A ragged great tit foraged among the birch branches closely followed by a large, puffy juvenile who barely closed its beak for begging. It appeared, because of the fluffy feathers, twice as large as its overworked and worn out parent.

As we walked, I noted that the boardwalk seemed quite new and after we crossed a small creek I could see the older, much more narrow boardwalk to the right. We left the woods and entered an expanse of reedy wetlands and instantly heard birds singing. I soon found the singing birds flitting among the tops of the reeds, often perching near the top to sing. They were sedge warblers and they were everywhere. I spotted many different birds flying overhead, a raptor, some grey herons and many common swifts. One strange shore bird flew by and I managed to snap a couple of photos before it was gone. Later I looked and was surprised to find it was a ruff, a bird which has a very impressive mating ruff of feathers. The ruff of feathers was not apparent though in flight so I missed out on that display, but was happy to have seen one.

We passed through another small wooded area and found a flurry of bird activity, mainly fledglings begging. I wasn’t able to identify most of them, but I did see one adult common whitethroat. We reached the end of the wetland and found ourselves at a crossroad and chose to turn left. However, we didn’t get very far before we encountered a work crew putting down the new boardwalk. I was right, it was new, quite new. Brand new.

Instead we turned the other way and my daughter discovered a large bee or wasp on a rock, easily the length of half my finger. We watched it walking around the rock, doing I don’t know what. We discovered another, old boardwalk venturing off, but soon discovered it was covered in water and turned back.

Fieldfares, a large thrush, were all over the boardwalk and in the trees. I caught a glimpse of a bird which had a black head and I quickly thought of the reed buntings, which I hadn’t seen before. The bird was elusive, flying up then diving down into the depths of the reeds. Finally, it landed near the top of the reeds and I was able to see it clearly, it was indeed a reed bunting, easily identified with the black head.

We returned the same way we came, enjoying the walk through the reeds and the singing warblers, right in the middle of Helsinki. 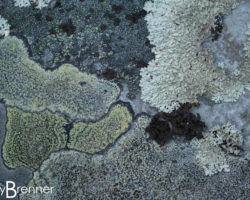 O tell her, Swallow, thou that knowest each,  That bright and fierce and fickle is the South,  And dark and true and tender is the North. 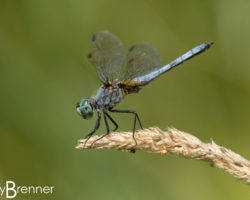 A month ago I attended a dragonfly class at Magnuson Park with dragonfly expert, Dennis Paulson. He talked about the dragonfly's life cycle during the class portion, then we went out to Magnuson Park in Seattle to look at the