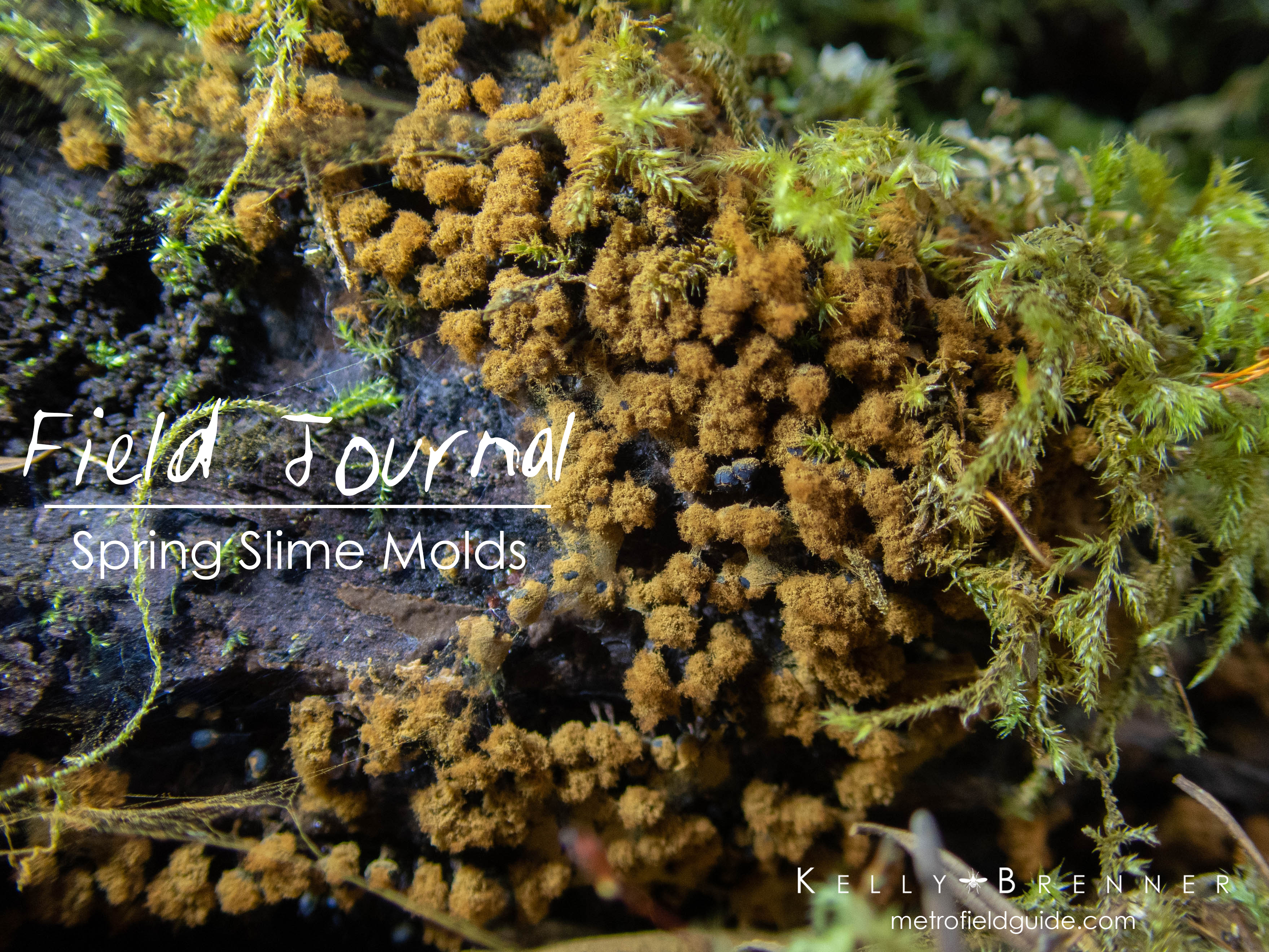 When it rains, it pours. It’s been pretty dry recently, which gave me little hope at finding any slime mold at Seward Park. But it had been a while since I’d walked through the inner forest at the park so I decided to see what I could find, and if nothing else, it’s still a soothing, beautiful walk through one of the last remnants of ancient forest in the city. I have usual logs I check when I walk and at my very first stop I found not one, but four different patches of slime mold on it.

One was nearly divided in half, the top part was a mass of shiny, black spheres while the bottom half of the mass had exploded into tan colored fluff. My best guess for this one was a Metatrichia species, but I can’t be sure. A nearby patch in bright pink was surely a species of Arcyria though. On the same log were two newly forming sporangia, one in white and the other looked like miniature pink fish eggs.

I continued my walk and encountered several more slime molds, one log had a scattering of the long, slender brown tubes of a Stemonitis species while other log had the remnants of an older, and rain-beaten Stemonitis. Many logs had either small or large patches of the white, finger-like slime mold, Ceratiomyxa fruticulosa. This one is always easy to spot because it grows in clusters and is always white, in stark contrast to the dark wood it usually grows on. I see it a lot and I often wonder if it’s particularly common, or that I just notice it more than others due to its eye-catching color.

On one particular log that I always investigate, but rarely find any slime mold on, I was rewarded this time with another patch of what may have been Metatrichia, very similar in appearance to the first one I encountered of exploding tan fuzz.

Near the end of my walk I encountered a log with a huge patch of slime mold, possibly the largest I’ve ever seen. It spread along the log in patchy groups of tiny and very shiny, black orbs. They looked like black pearls. I don’t know what this one was, but I collected some and have it in a container. I’ll be watching it each day to see how it matures. If it fails to, I can return to the log in a few days to take another look at it. 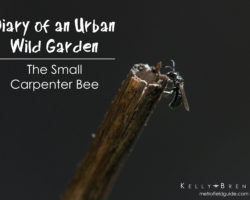 Diary of an Urban Wild Garden: The Small Carpenter Bee

Some visitors come and go and you only catch snippets of their lives, while others hang around and you get to catch the full drama. This spring my small carpenter bees visitors have been the latter. Almost a month ago 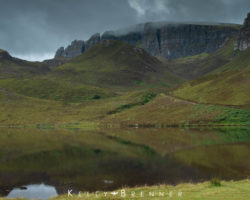 Poem of the Week: Lines Written In The Highlands After A Visit To Burns's Country

There is a charm in footing slow across a silent plain,Where patriot battle has been fought, where glory had the gain; There is a pleasure on the heath where Druids old have been,Where mantles grey have rustled by and swept the