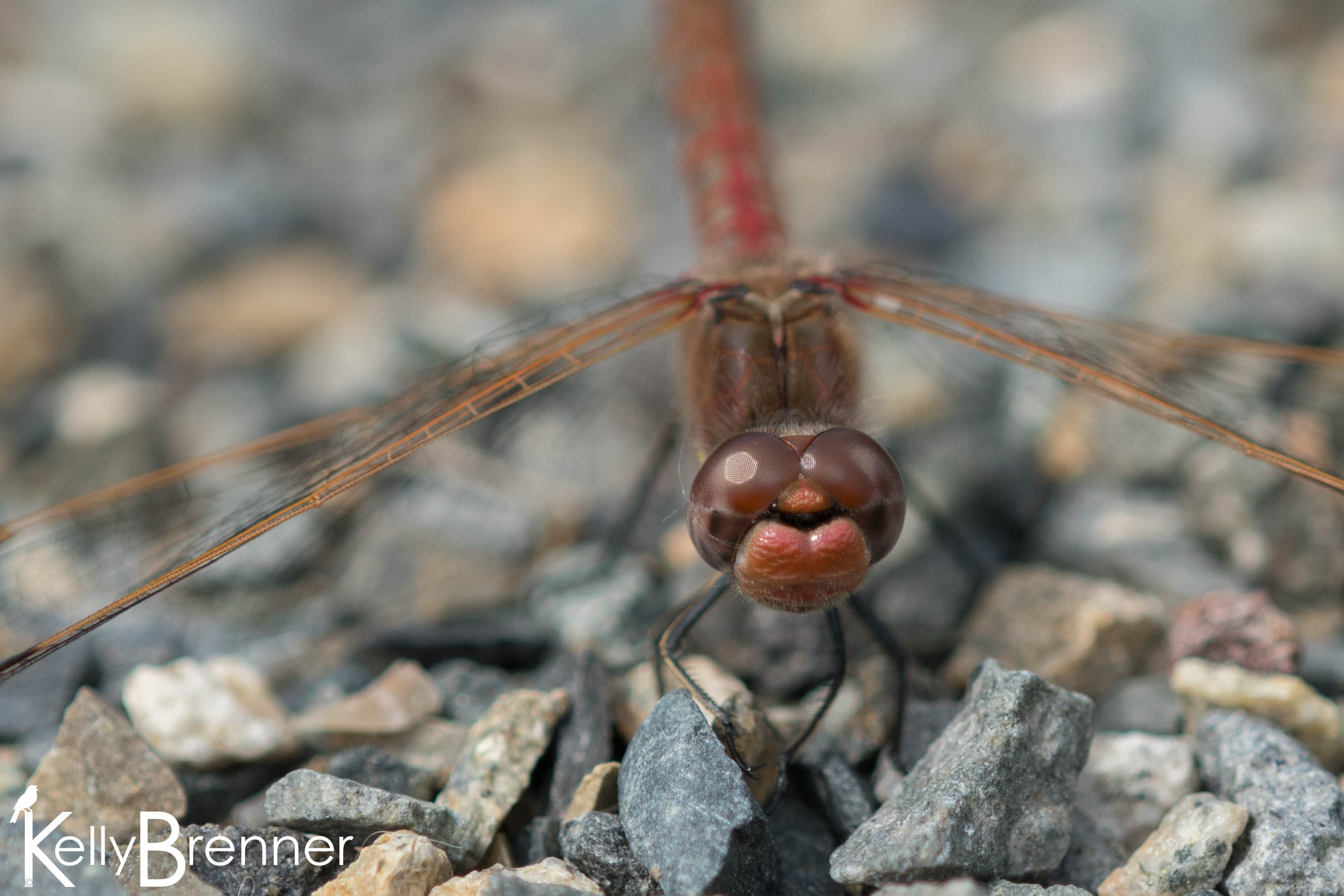 I’ve visited Magnuson Park twice in the last couple of weeks hoping with the warmer weather to find my first dragonflies of the year. The first visit was on the 17th and although it was supposed to get warm that day, the morning was cloudy and cool. The sun did show up right as I was leaving naturally, but too late for insects to be active. However, I found some other interesting things to watch in the absence of dragonflies. Near where I usually begin my walk I heard the usual Red-winged Blackbirds and saw some activity in the reeds. While the males frequently trill from the tops of trees, the females are often harder to find, hidden near the ground among the plants. So I wasn’t surprised when a brown bird fluttered into view, obscured by the cattails. I immediately realized it was not a female, but a fledgling with fluffy down stuck to the sides of its head in a most comical manner. It also had a stubby tail and moved extremely clumsily in the vegetation. The adult females were there as well and I watched them covertly come and go to their hidden nests or young fledglings.

As I watched the blackbirds another movement caught my eye and I realized a muskrat had been sitting near me in the pond quietly chewing on reeds. As soon as I noticed it and picked up my camera, it disappeared. I waited for a while then decided to come back later hoping it would have returned. In the other ponds I saw two obvious Pied-billed Grebe nests surrounded by the yellow flowers and lily pads of our native aquatic plant. Birds were sitting on both nests, a messy pile of mud and grasses.

I returned to the muskrat pond and after a short wait saw the muskrat swim across the water and disappear into the dense cattails. I waited and saw it two more times on the opposite side of the pond as it carried vegetation to its lodge.

My next visit was earlier this week on the hottest day of the year so far. The morning started out very warm and I knew there would be dragonflies because I had already spotted my first at the arboretum a couple days earlier. I quickly encountered the fledgling Red-winged Blackbirds again in the same place, but no muskrat. Along my walk I found a crow in a snag who had apparently discovered an ants nest in the decaying wood and was carefully plucking the ants one by one and eating them.

There were many things flying around and my first good look of an insect was of an orange colored sawfly. Black caddisflies landed on branches and on leaves before climbing up and down in a frantic manner. At my first stop by a pond I saw a Common Green Darner flying around along with a red dragonfly. The red dragon landed on the path and I could see it was a Variegated Meadowhawk. In the pond I noticed two tiny, red dots moving around and saw they were water mites. As I watched the mites I noticed slight movement next to me and realized a damselfly had just emerged as an adult. It was still in the process of pumping up its wings and body and was not yet colorful, but a dull beige color. Also in the ponds I found water beetles darting around and water skaters skimming the surface while backswimmers echoed them just under the surface of the water.

Around the edges of the different ponds, flies of all types buzzed and landed, one particularly interesting fly caught my eye. It was very small with red eyes and a back patterned like a dalmatian. In the shrubs dozens of damselflies flitted and rested in the sun. I found another orange colored sawfly and as I watched, it met another, much smaller fly and proceeded to mate. All around the shrubs were spiders trying to capture all the insects flying by. There were many types of bees, and one particular black beetle which was plentiful all around the park. Surprisingly, I saw very few syrphid flies. But I did get a good look at a green lacewing which I appreciated because the most I usually find of lacewings are their wings in spider’s webs above our porch.

I noticed on a particular patch of native rose plants a strange, orange powder. It looked much like pollen, but it was bunched, or gathered in peculiar places; along the leaf’s edge, on the stem or on the back of a leaf. I have no idea what it was.

In a small patch of Pacific Ninebark, I watched a small, dark red bee chase any other insects trying to visit the flowers. It didn’t appear to consume nectar itself and it rarely landed, but spent its time flying at any bee or fly in the area. Nearby I discovered a green inchworm and dozens of Blood-red Lady Beetles.

Over the large pond I saw a couple of Common Green Darners and Variegated Meadowhawks including one mating pair. I watched the Pied-billed Grebe sitting on its nest and then the small fish darting around near the edge of the pond. As stood up after watching the fish I realized right next to me was a newly emerged Eight-spotted Skimmer. It was tucked down in the plant and as it pulled itself out I could see how very shiny and new it was, the wings still with the shiny white that tells it’s a teneral dragonfly.

I recently received a new GoPro which I'd been hoping for to acquire and use for nature purposes. Over the last couple of weeks I've made use of the waterproof feature by putting it underwater. Last week and again this 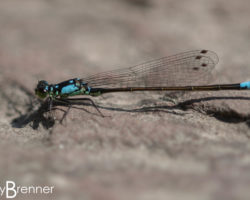 It was one of the first truly warm days of the year so far and I wanted to find dragonflies. After dropping my daughter off at her forest preschool I walked down to the pond which I'd spent so much