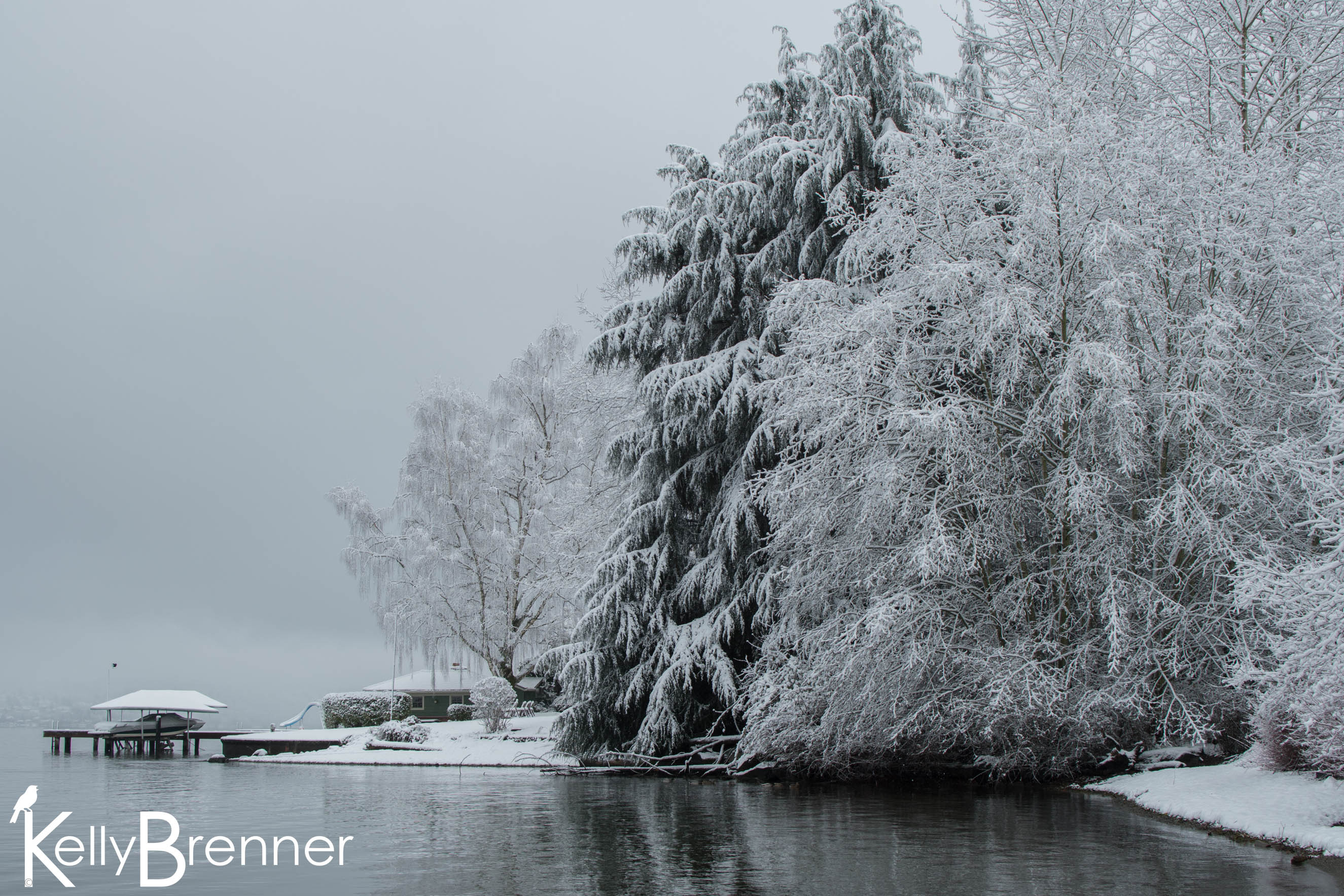 It’s not very often we get snow in the city of Seattle, and even less often we get multiple inches. But last night it started snowing and it was still coming down this morning. I measured four and a half inches on our deck rail early this morning. It continued coming down off and on throughout the morning and the trees were covered in snow. All the bare branches had a thick layer of white and a slight tap would bring it crashing down. The neighborhood kids were out immediately and everyone migrated to our park where there’s a sizable hill for sledding. A immature Bald Eagle was flying over the trees as we arrived and I heard it had been fishing in Lake Washington. Red-winged Blackbirds were calling form the white trees in the wetlands. As the kids sledded, we heard cracks and then watched two branches break off the evergreen trees in the park.

Later I walked through the park’s wetlands and dodged snow falling from the alder branches. Frequently I’d either not see it or wasn’t fast enough and I’d receive a pile of snow down my back. The Indian Plum, Snowberry and other native shrubs along the path had bent forward forcing me to nearly crawl through their tunnels. Back and home I was glad I had taken the time a couple of days ago to clean all the bird feeders and fill them up. The hummingbird feeder required several inches of snow to be swept off the top, but the Anna’s Hummingbirds were soon visiting. Dark-eyed Juncos, Black-capped Chickadees, American Goldfinches and one Yellow-rumped Warbler all visited the feeders in the snow.